Dr. Cyclops Is Back 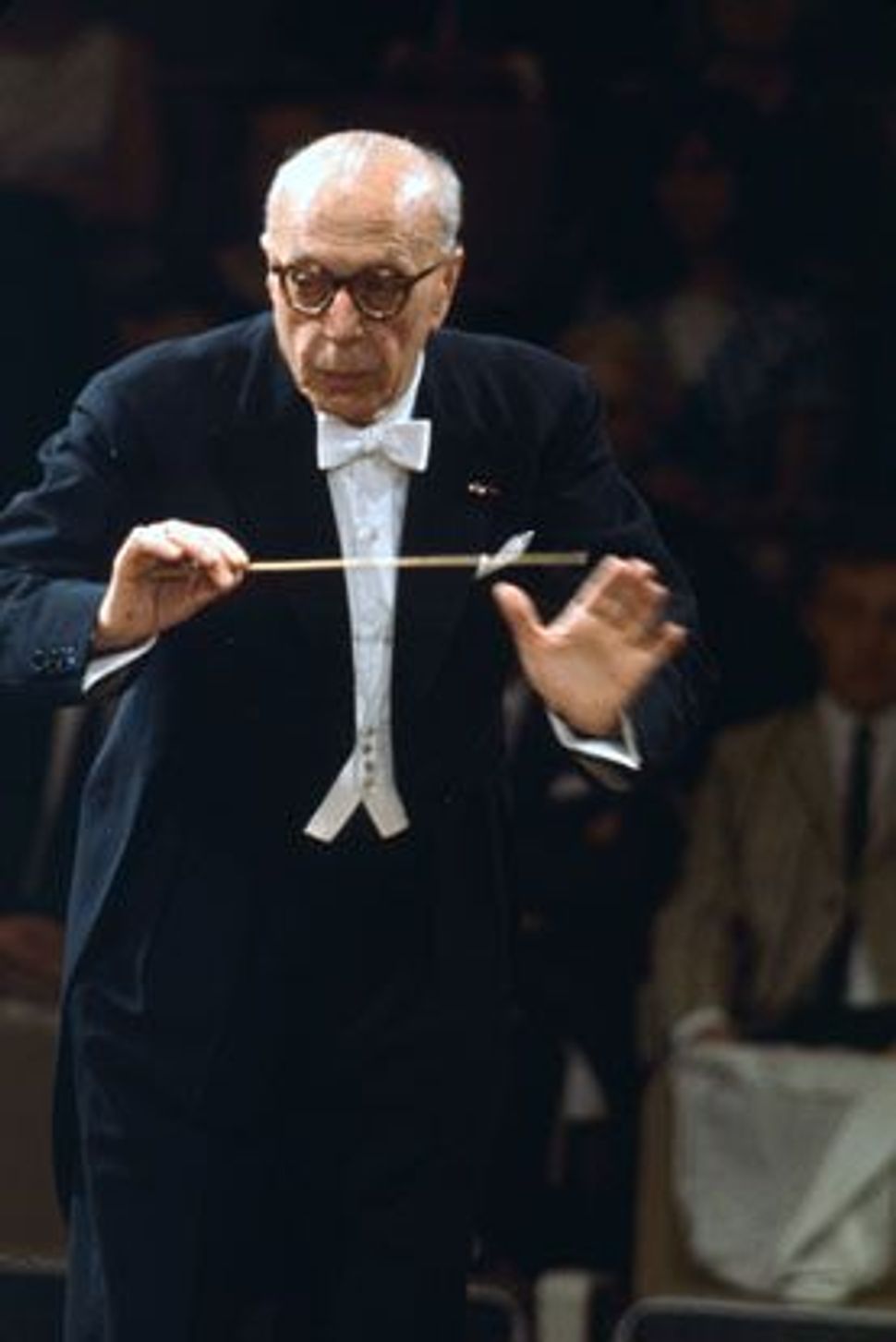 One of the most enduringly terrifying abusive father figures among great conductors is being honored by a revival of interest. George Szell was nicknamed “Dr. Cyclops” by his Cleveland Orchestra musicians, after a 1940s horror movie villain, and a discerning and highly informed biography, “George Szell: A Life of Music,” documents exactly how playing under Szell could indeed be a horrific experience. 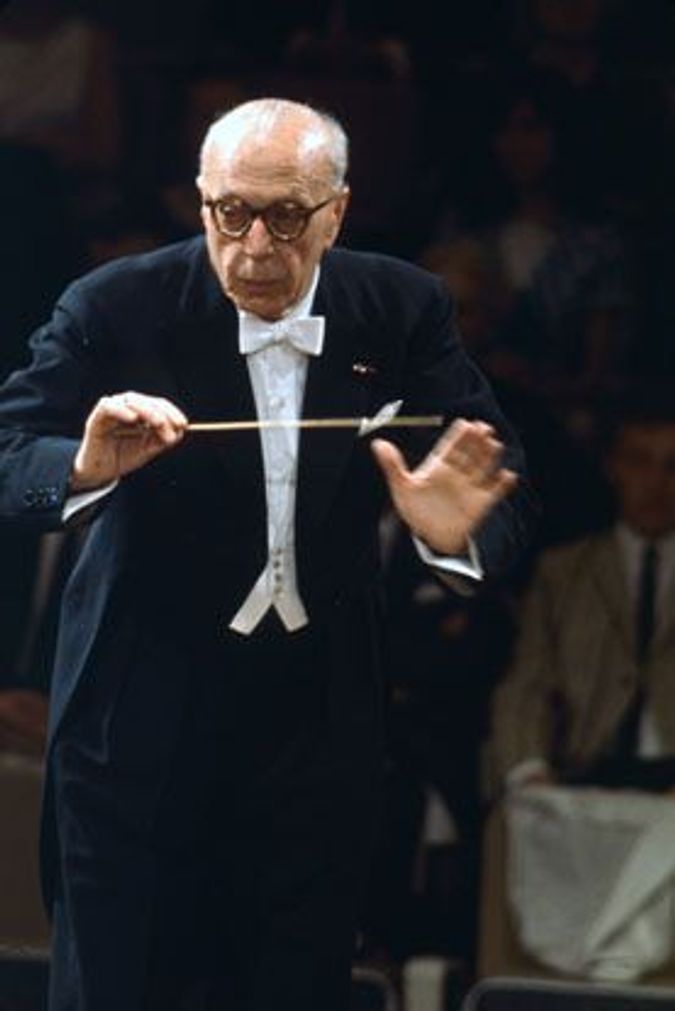 The book’s author, Michael Charry, emeritus professor of conducting at the Mannes College, worked as Szell’s assistant for several years and makes a convincing case for admiring his subject’s skill in musical matters without concealing Szell’s many personality flaws. Born György Endre Szél in Budapest to a Hungarian-Jewish family, Szell was a musical prodigy, but he was also a prodigious bully. At 2 years old, during piano lessons he would “slap his mother’s hands if she played a wrong note,” Charry explains. By puberty, the brilliant Szell’s “rowdyism” was the “terror of teachers and servants,” and when his despairing parents sent him to Zurich to be psychoanalyzed by Carl Jung, Szell returned “quite unchanged but with a rich vocabulary of psychoanalytical terms to amuse his friends and exasperate his parents.” By then, Szell’s personality was established, marked by a “tendency toward cruel practical jokes and gluttony” as well as a penchant for “sadistic tricks.”

Small wonder that an adult Szell informed the Royal Scottish Orchestra during one rehearsal, “You sound like a chamber pot.” In Cleveland, where he reigned from 1946 to 1970, on more than one occasion he “blew up at the orchestra, using rather coarse language.” And musicians were not the only targets of Szell’s wrath. In 1968, Szell wrote to Cleveland Orchestra general manager A. Beverly Barksdale, ordering that Severance Hall personnel be forbidden from wearing then-fashionable miniskirts: “If I see a single [miniskirt] on my return, there will be a scandal; I shall be insulting to the utmost of my ability… I, for one, am nauseated by what I sometimes have to see.” When Barksdale acquiesced, Szell replied, crowing that he would “not be exposed any further to nausea by the exposition of elephant trotters up to the genitals.”

Szell’s verbal attacks extended even to people whom he liked and admired, such as Naomi Graffman, wife of the great American Jewish pianist Gary Graffman, a frequent Szell collaborator. Graffman’s delightful 1981 memoir, “I Really Should Be Practicing,” from Doubleday, likens Szell’s eyes to the “icy brilliance of twin searchlights at Alcatraz” and recounts how one day, the maestro offered a critique of Naomi Graffman’s hairdo: “Today you look like a toilet brush.” It is testament to their mutual musical entente that Szell/Graffman CDs of concertos by Prokofiev and Tchaikovsky remain thrillingly unaffected by any possible Szell tongue-lashings.

Nor did Szell spare old friends like pianist Rudolf Serkin, of Russian-Jewish origin, who knew Szell from childhood and confessed that even when both men were middle-aged, Szell still bossed him around, as a big boy would a younger contemporary. As with Graffman, there is no trace of disdain or condescension in their musical collaborations. The Sony Classical recordings of Serkin and Szell playing concertos by Brahms, Schumann and Bartók are ideal examples of musical symbiosis. This is also true of recordings made by Szell in Europe before Nazism forced him to flee to America in 1939, such as 1937 recordings with the Czech Philharmonic of Dvořák’s Ninth Symphony and Cello Concerto, the latter with soloist Pablo Casals.

When Szell was away from the pressure-cooker perfectionism of Cleveland’s Severance Hall, wonderful artistry could result. Szell’s recordings with Amsterdam’s Concertgebouw and London Symphony Orchestras, reprinted on Decca CDs, are less tensely driven than some of his Cleveland recordings. Although on the occasions when ferocity and tension did not traduce the composer’s original intent, Szell’s studio Cleveland recordings do, of course, deserve the acclaim they have long received. As one musician reputedly stated about Szell, “He’s a machine, but what a machine!”

Yet Szell did not ease up on European musicians; Concertgebouw musicians punningly called rehearsal with Szell “Szellstraf,” or “solitary confinement” (from the Dutch word celstraf). At the Salzburg Festival from 1958 to 1968, Szell conducted various orchestras brilliantly, including concertos with pianists Clifford Curzon and Rudolf Firkušný, the latter of which is fortunately available for us to listen to on a CD from Orfeo.

Also from Orfeo are Szell’s inspired Salzburg performances of operas, including Mozart’s “The Abduction From the Seraglio” and “The Magic Flute,” as well as a 1950s work by Swiss-Jewish composer Rolf Liebermann, “The School for Wives,” in a performance of ideal clarity and commitment.

When Szell performed new music like Liebermann’s, the results could be admirable. This is evidenced by his 1967 version of Cinq métaboles by contemporary French composer Henri Dutilleux, released in a seven-CD Cleveland Orchestra Szell Centennial box set recording that is, sadly, out of print. In 1989, American Jewish composer George Rochberg told Charry that a Szell performance of his Second Symphony from three decades before was “fantastic!… ferocious, because you know the kind of masculine drive that [Szell] had, the kind of compact, solid pressure…. It was like something of enormous power that knew how to put pressure just at the right spots and they would take on this ferocious solidity.” Composer and cellist Alan Shulman had a less positive experience with Szell, of whom he remarked: “The ice flowed through [Szell’s] veins.”

This subzero disciplinarian’s approach may have motivated critics of Szell’s early American concerts to make surprising links between Szell and Nazism. In 1944, Time magazine described Szell as “one of the most coldly efficient tyrants who ever stood in the Metropolitan’s orchestra pit. George Szell is a Jewish refugee from Nazi Europe and a fervent Hitler-hater. But his outward manner suggests the average American idea of the typical Nazi. He fixes his orchestra with a thick-spectacled stare that would do credit to a cinema Prussian.”

In 1963, Time reiterated the Nazi comparison: “When a visiting member of the Berlin Philharmonic expressed astonishment that Cleveland’s musicians would put up with a man like Szell, a Szell man mused: ‘It’s ironic. Over there, they have democracy. Here we have the Third Reich.’” In his 1974 thriller (later a film starring Dustin Hoffman), Midwestern-born novelist William Goldman duly named the Nazi dentist in “Marathon Man” Christian Szell, informing Film Score Monthly that “just saying [the name Szell] made me feel sadistic.”

This murderous image died hard; in 1982, artist Red Grooms created an installation, “Welcome to Cleveland: A Sculpto-Pictorama,” which features Szell looming over the city with baton raised, like Sweeney Todd wielding a razor. By 1982, Szell had been dead for a dozen years. Today, as Charry convincingly shows, even if his rudenesses were legion, Szell’s real artistry makes comparisons to Nazism seem misplaced. Plenty of conductors were enthused Nazi party members, such as Herbert von Karajan, Karl Böhm and Oswald Kabasta, to name but three. Lumping such personalities with musicians such as Szell, who was merely offensively dictatorial to colleagues, results in unacceptably loose terminology, wherein the term “Nazi” itself loses precise meaning.

Choral conductor Robert Shaw once told me how much he had learned by working for several years with Szell, comparing the experience favorably with his earlier collaborations with Arturo Toscanini, for whom he was just a hired choral leader. Further examples of Szell as educator may be seen on DVDs from Video Artists International of lessons and rehearsals. When I visited Cleveland a few years ago, Hungarian-Jewish pianist Peter Frankl, who was chairing a competition jury, told me of his joy of performing Mozart with Szell. This can be relished on a 1967 live recording. One day at Severance Hall, Frankl and I poked our heads into what is still called “Dr. Szell’s office,” and a powerful spiritual aura is still discernible there, a severely demanding, possibly oppressive aura, but certainly not a Nazi one.

Watch how Szell helps form young conductors in 1966, including a maestro-in-the-making identified as “Jimmy Levine.”

Listen to Szell in 1967, accompanying pianist Peter Frankl in a Mozart concerto.

Dr. Cyclops Is Back