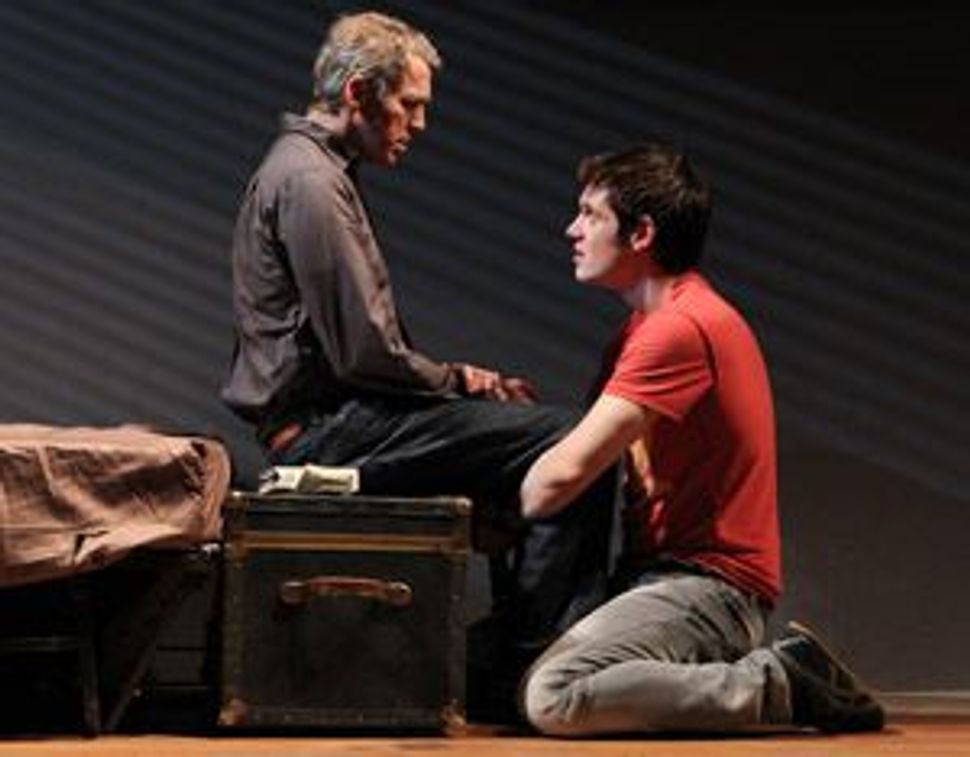 As I was leaving the Public Theater at the conclusion of Tony Kushner’s new, four-hour play, “The Intelligent Homosexual’s Guide to Capitalism and Socialism With a Key to the Scriptures,” I ran into an old friend — a notable writer and social activist, a rabble-rouser of sorts who’d spent her entire adult life street fighting, raging, warring in defense of her leftist ideals. She hadn’t liked the play.

“There’s not a person alive who talks like that anymore,” she said to me. “Kushner needs to get out more.” 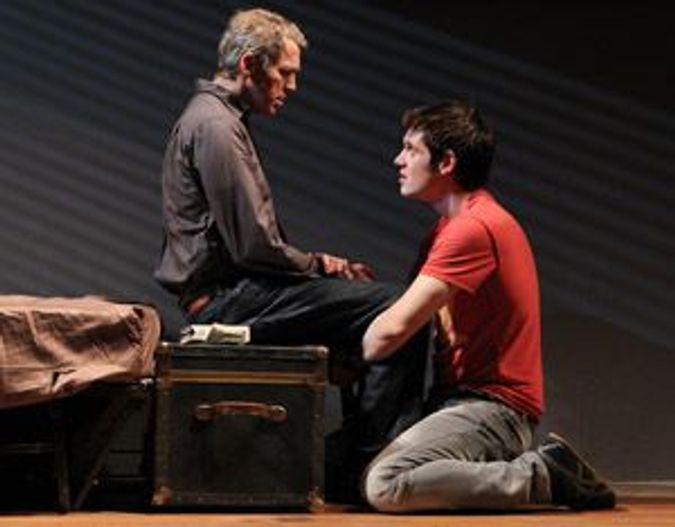 What she meant was that the debates that make up the substance of the play — long, serious discussions about Communist Party politics; the rights of workers; the commodification of the body; the intractability of social class; the pros and cons of either working to change the system from within or taking a militant, antagonistic stance toward the rigged game that is American Capital, in short, the totality of dialectic that defined the arc of 20th-century history — were musty. We’d moved on, as a people and as a culture. The Berlin Wall fell more than 20 years ago. The capitalists won. We’ve got more pressing things to worry about now: terrorism, the Tea Party movement, Obama’s prospects for a second term.

I understood her argument, but the thought that she might be right made me uncomfortable. Her politics aren’t far from Kushner’s — or mine, for that matter. And anyway, wasn’t it Kushner’s prerogative to write about whatever compelled him? To engage with the world on whatever terms he could? What struck me most was how angry she seemed. How visceral her negative reaction to the play appeared to be. I wondered why. The play had left me feeling overwhelmingly sad.

“The Intelligent Homosexual’s Guide to Capitalism and Socialism With a Key to the Scriptures” (IHo for short) is a co-production between the Public Theater, Signature Theatre Company and Minneapolis’ Guthrie Theater, where an earlier version was presented in 2009. It revolves around a retired longshoreman, union leader and unrepentant member of the Communist Party, Gus Marcantonio.

Played by Michael Christofer with a combustible mixture of emotional chaos and intense, unrelenting, almost autistic intellectual rigor, Gus contains the history of the American left in his cells and has attempted, with varying degrees of success, to pass on this legacy to his children. He now claims to have Alzheimer’s disease and wants to kill himself before the symptoms destroy his identity. His children — Empty, Pill and V — have been called back to the family homestead in Brooklyn Heights to attempt to change his mind.

What plot there is in the play consists of reversals and revelations — the melodrama of a family confronting its mess. As the play progresses, we learn that Gus is planning to sell the house, which has been in the family for three generations, and that he has found a buyer. It’s nearly a done deal, despite the children’s protests. We learn that Pill (Stephen Spinella) is cheating on his husband, Paul (K. Todd Freeman), with a street hustler named Eli (Michael Esper). Actually, he’s not just cheating, he’s obsessed with Eli. He’s thrown away $30,000, borrowed from his sister, Empty (Linda Emond), on Eli, and now, still not satiated, he wants Paul to allow Eli to join their domestic partnership. We learn that Empty’s pregnant wife, Maeve (Danielle Skraastad), was not, as the family had believed, artificially inseminated using sperm provided by V (Steven Pasquale); she conceived the old-fashioned way, in a night of illicit passion. We learn that Empty’s ex-husband, Adam (Matt Servitto), lives in the basement, that Empty periodically stops down to visit and have sex with him and that he is the anonymous buyer of the house.

If this all sounds head-spinningly melodramatic, that’s because it is. Kushner seems to have set out to write a classic American family drama in the vein of “Abie’s Irish Rose,” the kind of play where the bumps of pleasure come in the form of gasps as we wonder how much more outrageous it can get. Think “August: Osage County,” but with red diaper babies who happen to be gay.

Except for one masterfully stage-managed scene at the end of the second act, Kushner refuses to let the audience wallow in the simple joys of other people’s misery. The outrageous behavior paraded around the stage is there to provide cover for his true purpose: eulogizing the fate of communist politics in present-day America.

In the very first scene, Kushner invokes George Bernard Shaw, and Shaw is the guiding spirit of IHo. Instead of building his scenes around the zany antics of the members of this very messed up family, he builds them around the ideas that consume these people. Nearly every scene — even the ones involving Pill visiting Eli, his “whore” — consists, in whole or in part, of the characters debating the relationship between our grimly conservative present moment and the failures and triumphs of the leftist past.

Kushner’s major plays take a long time to gestate. Nearly 10 years passed between “Angels in America” and “Homebody/Kabul.” It’s been almost 10 more between that play and IHo. In both of those earlier plays, he pursued subjects that happened to be at the vanguard of their cultural moment. IHo and its longing for the communist utopianism of the past, its mournful vision of a world where we no longer even know how to begin fighting back against the systems of inequality that have become so entrenched in American society, may not be as crowd-pleasing as those two plays, but if the response of the friend I saw outside the theater is any indication, it’s just as necessary. Maybe more so.

Joshua Furst is the author of “The Sabotage Café,” (Vintage, 2007). He’s a frequent contributor to the Forward.

“The Intelligent Homosexual’s Guide to Capitalism and Socialism With a Key to the Scriptures” is running through June 12 at the Public Theater.