In Defense of the Western Wall 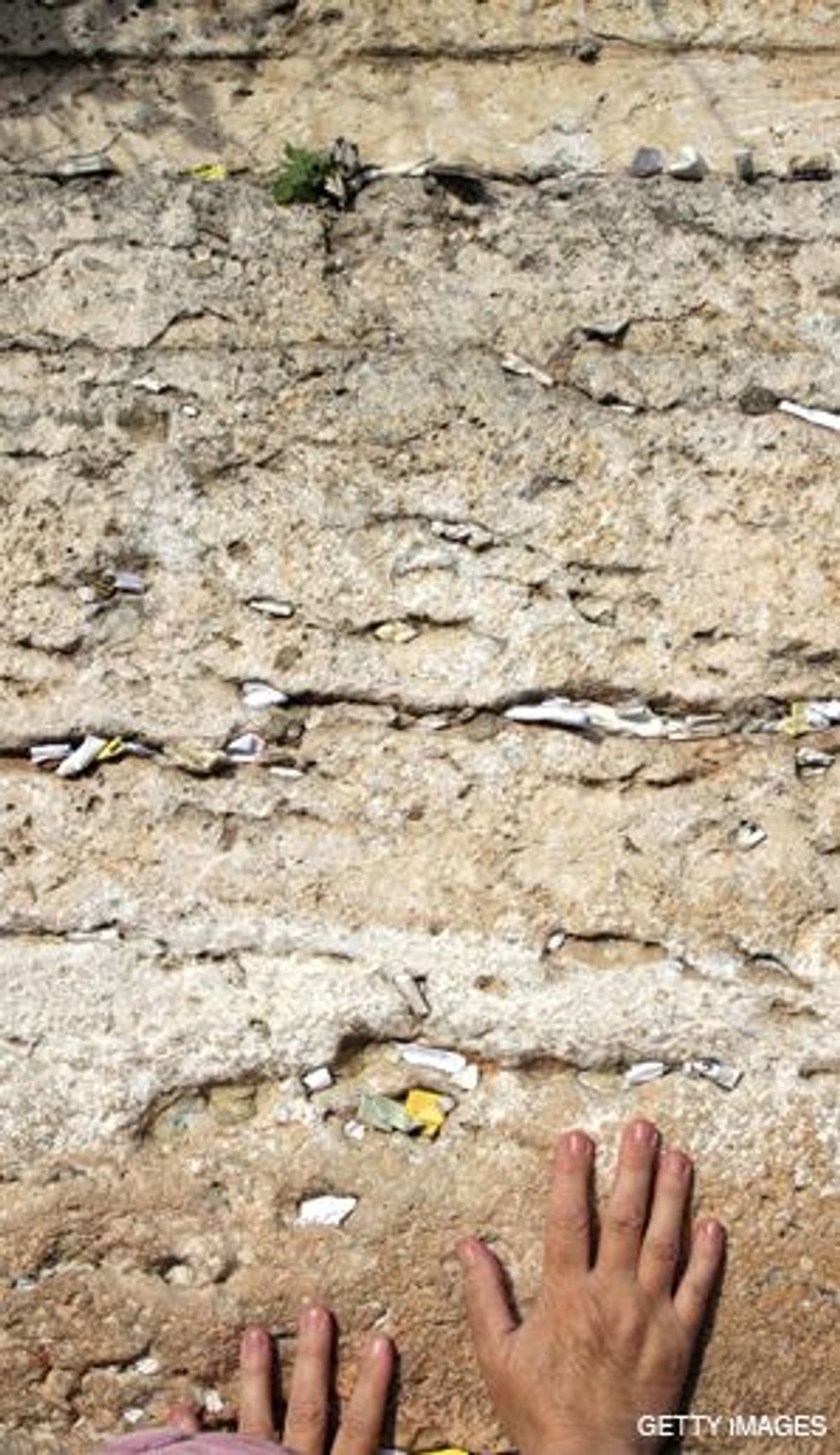 This week, we observe the 17th of Tammuz, beginning the season that commemorates the destruction of the Temple and culminates on the Ninth of Av, which this year will be observed August 10. For many of us, however, the Temple and its remaining Western Wall (the kotel) often evoke more ambivalence than they do wistful remembrance. 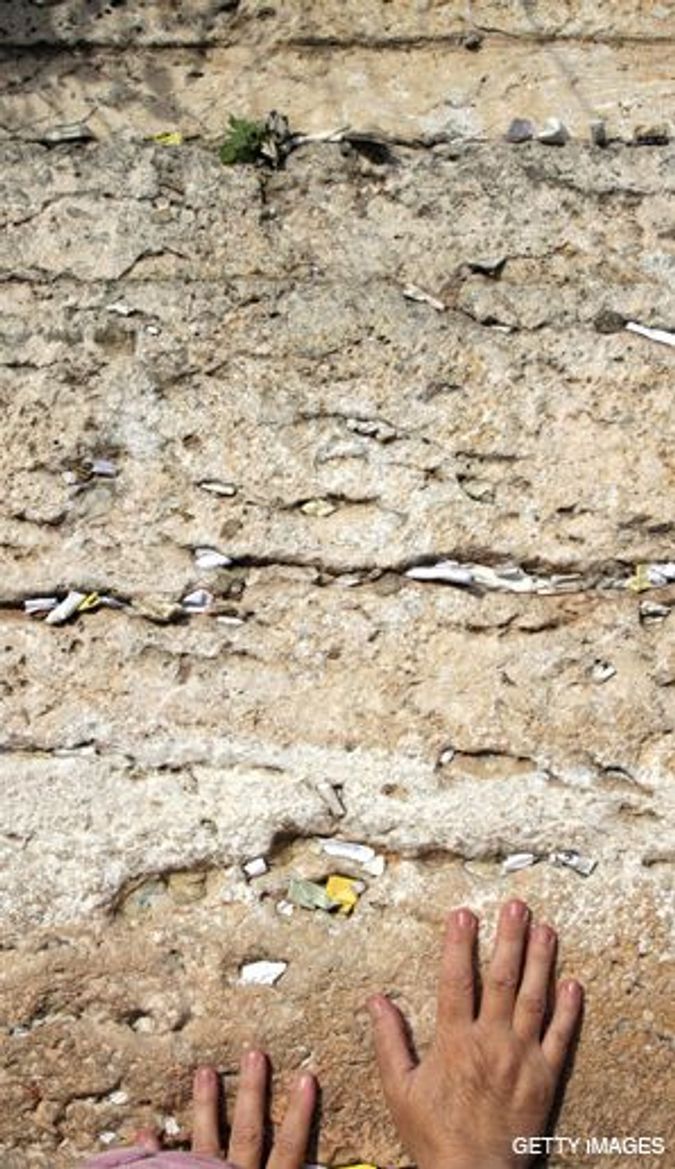 It’s obvious why many contemporary Jews don’t miss the Temple, with its animal sacrifices and priestly hierarchies. But let’s face it, Jews like me don’t like the kotel either. Expats living in Israel see it as a tourist trap; rationalists find the adoration of a physical object un-Jewish, even idolatrous; mystics see it as a distraction (isn’t God supposed to be everywhere?); secularists see it as the object of irrational devotion, and liberals see it as sexist and Haredi-centric. So, as a liberal, expatriate intellectual scholar-mystic myself, I shouldn’t like the kotel, let alone love it.

But I do, and I want to reclaim it as my own.

First and foremost, for me, the kotel is an energy center, a vortex of holiness. Perhaps this is due simply to its being the object of so much devotion. Perhaps, as a cynic would say, it’s all in my head. But it’s in millions of other heads, too, and, I think for that reason, the wall seems to radiate what many Africans call baraka (the same root as bracha and Barack) and many Polynesians call mana: some indefinable power that seems to reside in some physical objects more than in others. There’s an almost palpable holiness to the ancient stones, the birds circling, the expanse of the sky that the wall seems to frame.

To speak of the kotel in this way may well strike some as idolatrous (like the concepts of baraka and mana themselves). But such fears are part of an overly Diasporic Judaism, one afraid of the sanctification of any object or place. The fact is that pre-destruction Judaism did venerate this place, and post-destruction mystical tradition has long held that the shekhina, the Divine Presence, never left the Western Wall. If that’s not our version of mana, I don’t know what is.

I experience this energy when I enter the kotel plaza, whether for a state ceremony or a private pilgrimage: There is something in the air. And I’m not alone; even the tourists who gab and snap pictures usually display some reverence for the holy site, perhaps feeling a little of the holiness despite themselves. But of course, the kotel’s magic is most clearly felt by those thousands of devotees who cram kotel’s cracks with supplications, who kiss and caress and cry upon it. Say what you will about these Jews’ theologies; the sincerity of their emotion dwarfs anything I see in the mainstream of American Jewry.

Isn’t this why we send our young people to Israel — to get a taste of this energy for themselves? I say, leave doubt, rationalism and ambivalence for politics, where they could all do us some good. For religion, I’ll take devotion.

The second reason I love the kotel is that it is, for me, a cathedral of the ordinary. Somehow, against the backdrop of this ancient ruin, the ordinary exchanges of ordinary people seem sacred. For some, the trivialities of daily life must seem dwarfed by the magnitude of the kotel’s history and significance. But not for me. I love to sit toward the back of the kotel plaza and watch young girls playing games; Hasidic men on cell phones; tourists making silly, awkward comments. I love the way the kotel is able to hold the grandiose and the simple with the same timeless impassivity. It is, in such moments, the quintessential Jewish shrine: an altar of the everyday.

This is what Yehuda Amichai meant, of course, in his poem “Tourists”: that we might see a woman carrying food for her family as more important than some Roman arch. The chitchat isn’t a distraction from the holiness; the chitchat is the holiness.

When I see in this way, something happens to my normally judgmental mind. Yes, the Birthright kids are still impossibly naive, and the schnorrers shaking their coin-filled palms in my face are insufferable. But somehow, the whole scene seems like a comedy, a symphony and a prayer all wrapped up into one. Here we are, disparate tribes of exiles and strivers, and we’re doing this kotel thing together, whatever it is. Under its awning, we gather for a moment and then disburse. God seems to laugh along with us, and cry, too.

This embrace is the third thing I love about the kotel: that it includes so much. What other shrine is both national symbol, used for military ceremonies, and private shrine, holding the tear-soaked prayers of so many? What other object is a symbol both of destruction and victory, of tears and of hope? The kotel is like Judaism at its best: polysemous and pluralistic, tragic and heroic. It was, after all, built by the Romans and later intended to be dwarfed by the Dome of the Rock. Until 1967, it was part of a Jerusalem slum. Today it is both triumphalist and tempered by its status as a ruin. It’s like the wedding and the shattering of the glass, together.

I know that the kotel also excludes, and I am not blind either to the sexism of the mechitza or to the politics of that other Israeli wall that’s visible off in the distance. I stand with Women of the Wall, and sometimes wear my rainbow yarmulke when I go there to daven. I wish there were a way that more Jews and Muslims could see the prayers of the other as different versions of the same text rather than as competing and mutually exclusive narratives. I know that when I pray at the kotel, I have very different ideas in my head than many of my fellow Jews have in theirs. And I cringe at how Jews in black hats are photographed as “real” Jews, while those of us in jeans are cropped out.

So, I do understand the critiques. But I’m not willing to let either conservatives or liberals steal my people’s most sacred space from me. If progressives let the fundamentalists capture all the spiritual treasures of our tradition, we’ll be left with nothing but the dregs. And we’ll continue to lose the demographic battle, because we’ll be left with less to inspire us. Progressive Jews are like that Hasid in the famous story — unaware of the great treasure that’s lying right in his home. Only it’s not that we’re unaware of it; we’re suspicious of it.

But maybe the kotel could become a model for Jewish religiosity in general. It’s got a questionable pedigree, it means different things to different people and it means particularly odious things to some people. Just like much of Judaism. But it is a treasure nonetheless, if we dare to embrace it — ambivalence in tow, but not necessarily in front.

In Defense of the Western Wall