‘Bach’ to the Future With Wanda Landowska 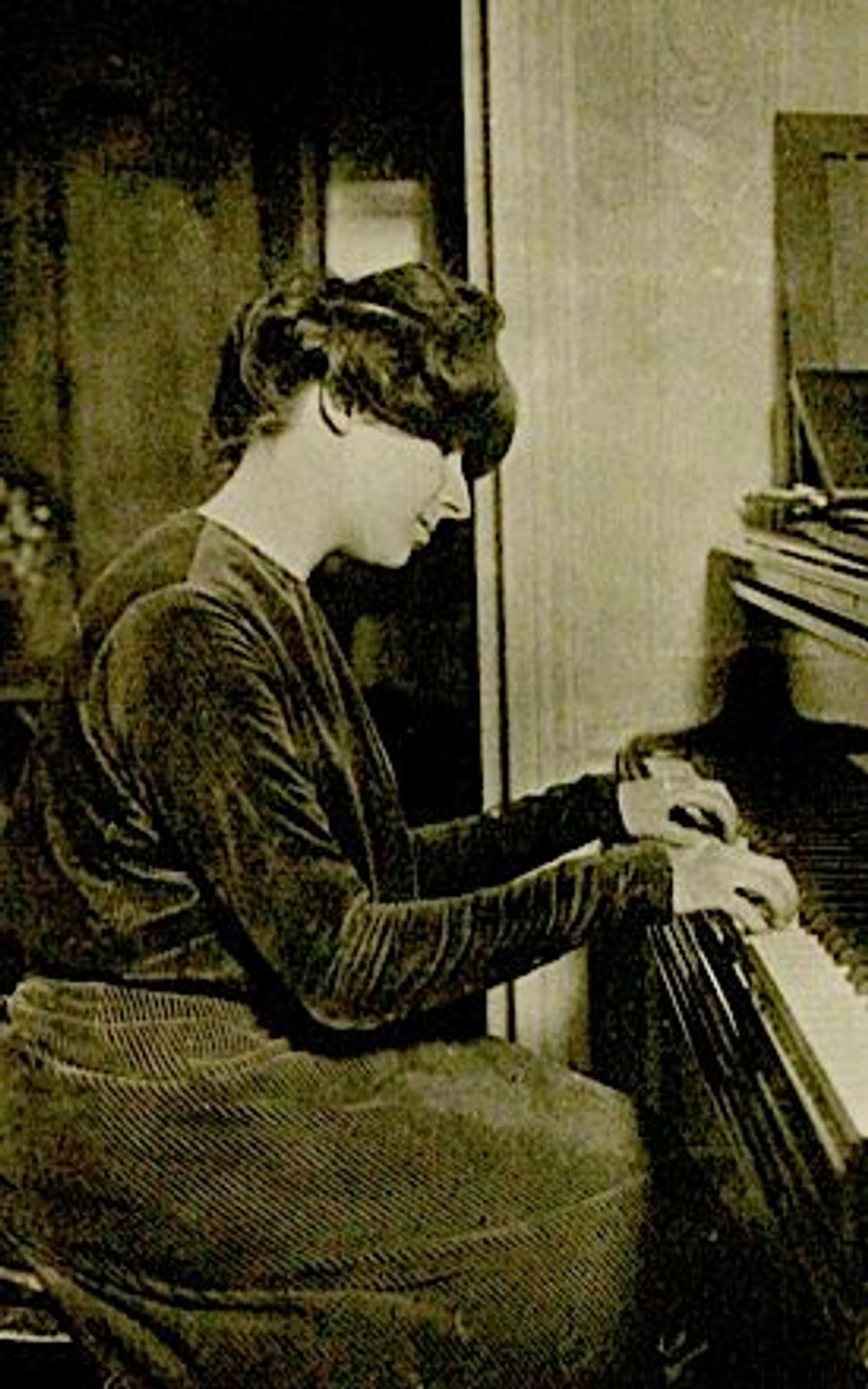 When Virgil Thomson saw Wanda Landowska perform at New York’s Town Hall in 1942, he wrote in the New York Herald-Tribune, “She plays the harpsichord better than anybody else ever plays anything.” The same year, The New Yorker’s Robert Simon added: “When I’ve heard Mme. Landowska play harpsichord music, the same music has never seemed as convincing when I heard it afterward on a piano. Her playing is the last word on a composition.”

Landowska, the Polish-Jewish musician and educator sometimes called the “rediscoverer of the harpsichord,” is the subject of a loving new exhibit at the Bach House, in Eisenach. 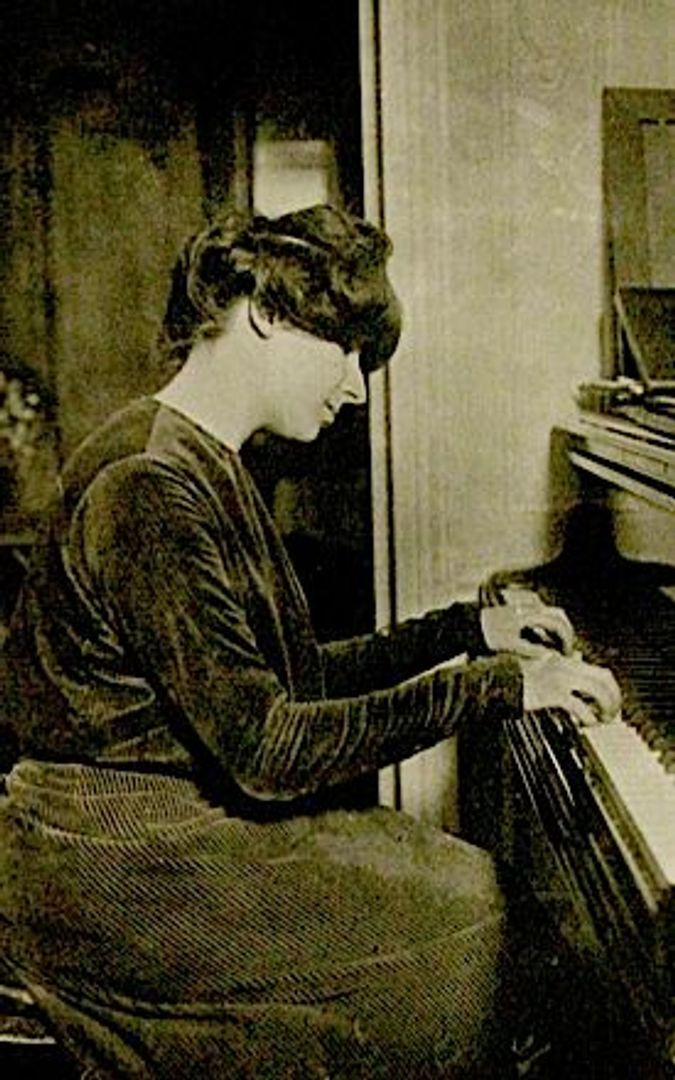 Landowska’s biography is an exemplary narrative of late 19th-century European assimilation and cultural excellence. Raised as the precocious daughter of well-to-do Polish-Jewish parents, Landowksa left the country of her birth to further her musical studies in Berlin, and soon thereafter launched a brilliant career as both performer and educator of the harpsichord in France. With the approach of the Nazis, she fled to America. She started over in Lakeville, Conn., where she spent her remaining years performing, recording and teaching a new generation of harpsichord players.

The Eisenach exhibit provides an opportunity for reflection on Landowska’s performance philosophy. Did her musical ideas evolve out of a Jewish mentality that embraces both orthodoxy and rebellion? After all, the twin desires to conserve and reform were also goals of Felix Mendelssohn, who, in 1829 Berlin, was the first in more than a century to perform Bach’s “St. Matthew Passion.” Like Mendelssohn, Landowska fought the public of her day for acceptance of her Bach, played on an instrument that was unfamiliar to her contemporaries. In this, she was both a traditionalist looking back to earlier musical modes and practices and a radical who challenged prevailing interpretation and practice.

The Eisenach exhibit marks the 100th anniversary of Landowska’s 1911 “musical battle” between the piano and the harpsichord in the central German city of Johann Sebastian Bach’s birth. This battle convinced many that the harpsichord was not merely an archaic and musically inadequate ancestor of the piano. According to a contemporary Parisian reviewer cited in the exhibition text: “The endless ovations for Mme. Wanda Landowska, against whom not just one but two pianists had competed… had proved to her that musical right, if I may put it like this, was on her side.” Part of Landowska’s musical heritage is that such “battles” are no longer necessary. Indeed, the now-commonplace notion of “authentic performance practice” owes her an enormous debt of gratitude.

The exhibit appropriately discusses Le Temple de la Musique Ancienne in Saint-Leu-de-la-Forêt, which is 20 miles outside Paris and was Landowska’s early music mecca from 1927 until 1940. Landowska worked closely with the architect to design the concert hall and garden to her specifications. Visitors who came to pay court to the great artist and attend concerts included musical luminaries Arthur Honegger, Francis Poulenc and Vladimir Horowitz, as well as literary ones, such as Paul Valéry and Edith Wharton.

Convinced that the Nazi threat was temporary, Landowska left France with only two suitcases, leaving behind her renowned collection of historic and modern keyboard instruments. The majority of the contents of more than 50 crates confiscated by the Nazis in 1941 have never resurfaced. American harpsichordist Skip Sempé calls this plunder “the first and the most important cultural theft in France that victimized both a Jewish musician of worldwide influence and a distinguished resident of France.”

At 80 years old, Rafael Puyana, who studied with her in Lakeville after the war, is Landowska’s last remaining professional student. In an interview with the Forward, Puyana — who currently resides in Paris — explained how he was inspired to learn the harpsichord (an instrument that didn’t even exist in his native Colombia) after hearing a bootleg recording of Landowska playing Bach’s French Suites. He remembers her as an “extremely patient” yet demanding teacher. “I’m a very lucky person — I was a pupil of two of the greatest musical minds of our time,” he confided to the Forward. The other one was the legendary teacher Nadia Boulanger. Part of Landowksa’s genius, Puyana explained, was that she proved that the harpsichord was not cold, but rather the “most convincing and sensual instrument in the world.”

The Bach House is exhibiting its 1927 Pleyel harpsichord, similar to the ones favored by Landowska. In fact, the French-made instruments were designed to Landowska’s specifications. The harpsichordist required an instrument that could replicate the once brilliant sound of the centuries-old keyboards (kept mostly for show in museums), as well as one that was durable enough to withstand the demands of a regular touring schedule. Demonstrations are given every hour. Visitors can also hear samples of Landowska’s landmark recordings of “The Goldberg Variations” and “The Well-Tempered Clavier,” and discover the fresh energy she brought to her interpretations.

Her passion and sense of discovery come through despite age and imperfect recording quality. Landowska’s recorded legacy — her career spanned the history of early 20th-century recording technology — is perhaps the greatest proof that she was not, as is often claimed, dogmatic and doctrinally rigid. Much of the blame for this seemingly misguided view comes from her famously snide remark to the great Spanish cellist Pablo Casals: “You play Bach your way, and I’ll play Bach his way.”

In a recorded interview featured at the Bach House, Ton Koopman, the celebrated contemporary maestro of early music — and a harpsichordist — cautions against taking Landowska’s well-known assertion at face value. “She was a musician [who] belongs to her time. And to be honest, every epoch has its own Bach. We shouldn’t think that our Bach in our age is the definitive Bach,” the Dutch musician explains.

“It is understandable that I had to fight for this instrument because it is so different from the piano,” Landowska explains in a 1953 NBC television program, “Wanda Landowska at Home.” In this wonderful piece of vintage TV reportage, the elderly musician gives a demonstration of her beloved Pleyel and discusses her life. “To find Bach’s instrument, his true instrument, was my obsession,” she explains. Moments later, though, she balks at the suggestion that she is a perfectionist: “Perfection is something very cold. A human being cannot be perfect.”

Landowska was a performer and teacher who found beauty, solace and meaning in the world of her beloved harpsichord. In the TV program, she was asked if she could still believe in the goodness of people after the catastrophe that drove her from Europe. Her answer was quick and decisive: “How could the world be without hope if we have this music?”

A.J. Goldmann is a regular contributor to the Forward. He lives in Berlin.

Memories of Wanda Landowska is on display at the Bach House Eisenach until November 13.

‘Bach’ to the Future With Wanda Landowska