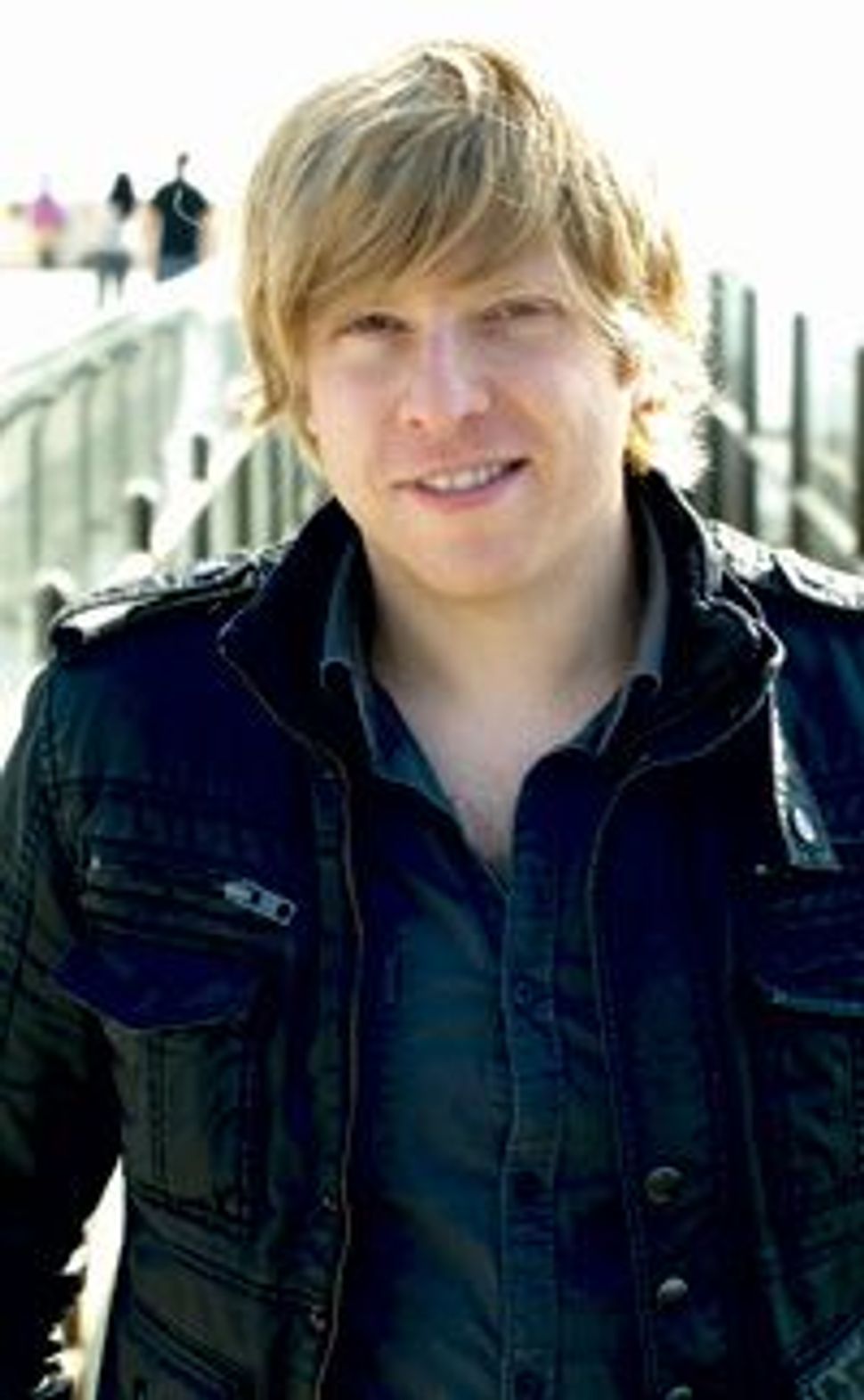 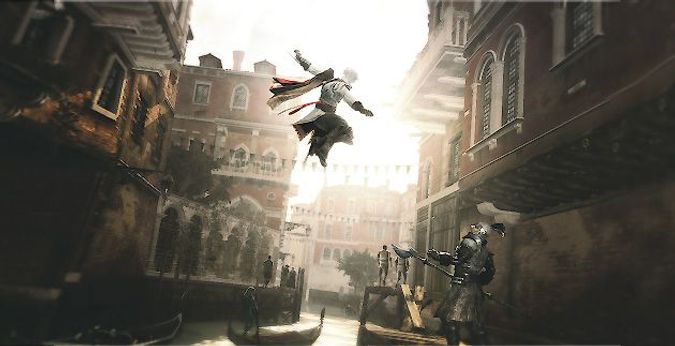 Live From Venice: Ezio leaps a canal in search of justice, in ?Assassin?s Creed: Brotherhood.? Image by Courtesy of UBISOFT

This year, the Writers Guild of America bestowed upon Aaron Sorkin, Matthew Weiner and Jeffrey Yohalem its 2011 head writer awards: Sorkin for the film “The Social Network,” Weiner and for the AMC series “Mad Men” and Yohalem for the video game “Assassin’s Creed: Brotherhood.” Grasping his winged statue, Yohalem had come a long way from playing “Chip ’n Dale Rescue Rangers” on a floppy disk.

“Assassin’s Creed: Brotherhood” has sold more than 7.2 million copies. But more than that, it surpassed gamers’ expectations by releasing an absorbing and textured story a mere year after its predecessor, “Assassin’s Creed 2.” “This is an amazing era in which to come of age,” Yohalem told the audience. “Through the medium of interactivity, we storytellers have a chance to create experiences which change lives — experiences that have real staying power, because players have lived them.”

Yohalem grew up attending a Reform congregation in Santa Fe, N.M., and his Jewish upbringing greatly affected his identity as a storyteller. At the synagogue, he had regular open and active conversations about the meaning of life and about other big philosophical matters. Early on, he grappled with the nature of God, why the universe exists and the concepts of evil and free will. Video games provided the epic scope and the experimental interactive medium for him to replicate the dynamism and depth of those discussions.

“Unlike a book, where you are reading the thoughts of the author, video games enable deep conversations between the player and the work,” Yohalem said.

As Ezio Auditore in “Assassin’s Creed,” the player strives to rid Rome of the evil influence of the Borgia family and to become a leader in the city. Yohalem, who studied English literature at Yale University, modeled the rise of Ezio on “The Prince” by Nicolò Machiavelli. In order to liberate the city, Ezio must become the head of his family, get involved with the common Romans, develop his reputation, support his French allies, use reason and cultivate compassion.

“Machiavelli is very specific about what makes a good leader. Leading through fear may be easier, but ultimately you have to lead through love,” Yohalem said.

The game is thoroughly violent, and the ways in which Ezio is able to kill are as gruesome as they are balletic. But Yohalem insists that he is interested in pushing games away from physical and frenzied gore and into psychological depth.

“My Jewish upbringing taught me that violence was a last resort. It has gravity and shouldn’t be taken lightly. [Even] in ‘Assassin’s Creed,’ there is a way to sneak through and minimize the killing. The people who do have to die did a lot to deserve their punishment,” he explained.

Yohalem strives to challenge emotions and create moments of reflection for those who play his games. In a previous game Yohalem worked on, “Rainbow Six Vegas 2,” he introduced feelings of guilt in a player for the role he played in the deaths of his fellow soldiers. In “Assassin’s Creed: Brotherhood,” the player experiences grave remorse for not being able to save his father and brothers.

For verisimilitude, Yohalem does extensive historical research. But games are, like Hollywood movies, produced collaboratively, and occasionally he gets overruled. For example, Yohalem wanted to show the religious persecution of the Jews in Rome and thought that putting a player in a situation where he had to assist the Jews would be an effective way to cultivate the notion that a leader needs to stand up for the weakest. “[The Romans] made the Jews race against donkeys, and the spectators would throw feces at them. I thought it would be amazing if Ezio would stop that, but the creative director thought it wasn’t worth risking the controversy,” he said.

The scene never made it into the game, but other, less scatological scenes of moral complexity did. “I push myself with everything that I write to explore issues of justice,” Yohal em said, “because I feel like our whole lives are about the struggle with what should be fair and what reality is. One way to approach life is like how a villain character does. He says, ‘I am going to use that unfairness to my advantage.’ The difficult route is to say, ‘What is the right thing to do?’ and even though life is going to be unfair, to create a perfect society, we have to challenge ourselves to do the right thing.”

Early gaming experiences still resonate for Yohalem. When he was 6, he played the entire game of “Prince of Persia” one afternoon at Radio Shack. He cultivated a talent for being able to perfectly remember every game he ever played. In fourth grade, he was profoundly affected by “The Hot Zone,” a book about the Ebola virus: “I couldn’t imagine how a just God could let that happen to people. It made me re-evaluate my relationship with God, and I think my work has always been about the struggle to make meaning and discover why you can believe in a meaningful life when that kind of thing could happen.”

Currently, Yohalem has his hands in a number of projects for Ubisoft, the Montreal-based company that produces the Assassin’s Creed line. If he continues to make video games immersive and philosophically rich, perhaps one day these games will be required playing at Yale or a new type of text to pore over at synagogues. Or perhaps he will make today’s “Chip ’n Dale Rescue Rangers” and inspire writers of the next generation.

Micah Kelber is a rabbi and writer living in Brooklyn. He is currently writing a screenplay based on ‘Crito.’