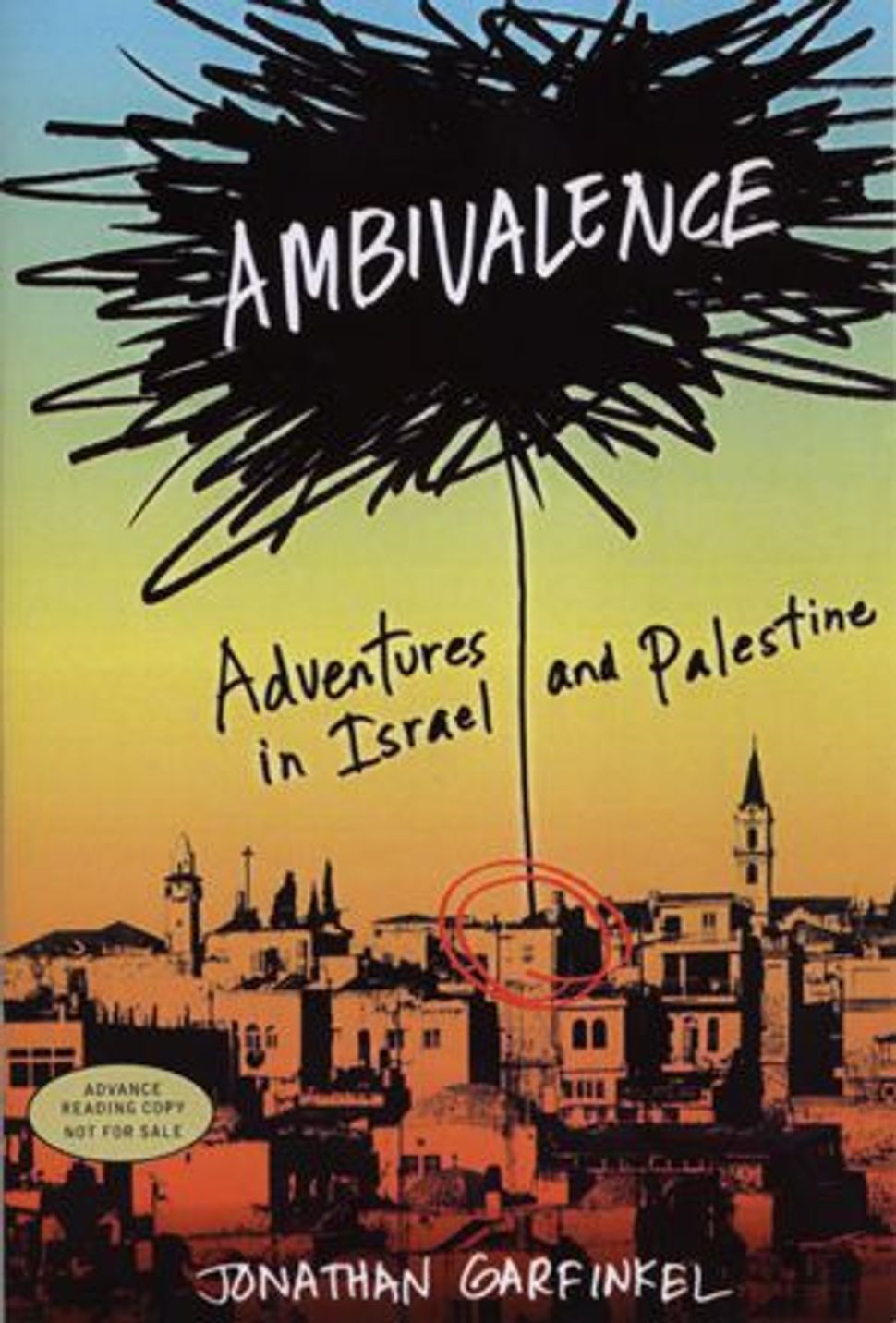 Ambivalence: Adventures in Israel and Palestine 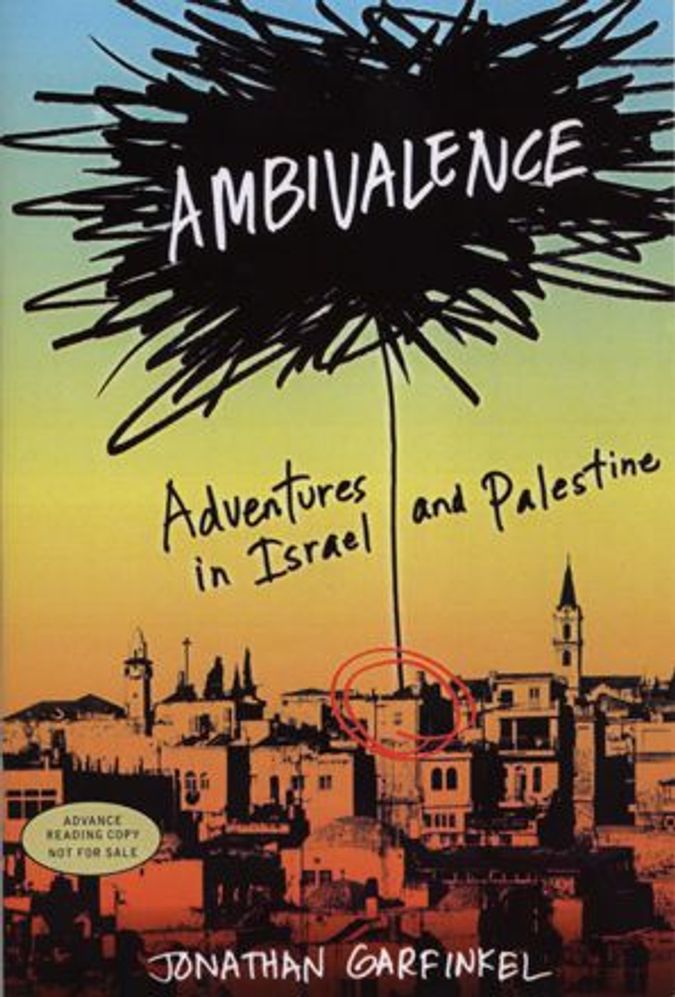 Jonathan Garfinkel’s new book, “Ambivalence: Adventures in Israel and Palestine,” is, in a broad sense, the story of one man and his philosophical, spiritual and romantic crises. Pretty quickly, though, it’s revealed to be about the mostly predictable things that happen when a guy tries to work through his mixed-up feelings in an especially mixed-up place.

When we first meet Garfinkel, he’s trying to figure out where he stands in relation to the faith with which he was raised. A Canadian now in his early 30s, he attended a Zionist day school and grew up with a solid Jewish education, one grounded in history, Hebrew and an unyielding support for Israel. When he reaches adulthood, things become less clear-cut. He ambivalently attends synagogue with his girlfriend (about whom he is ambivalent), and they ambivalently discuss going to Israel together. Neither has ever been.

Instead, Garfinkel decides to venture there by himself, in pursuit of a playwright residency. And so, a plan: He will find a true story and turn it into a play, thereby enhancing his understanding of what’s happening in the country and maybe even offering others some insight, too. A Palestinian woman he met back in Toronto told him about a Jerusalem house she once lived in that was shared, tensely, by an Arab family and a Jewish family. Garfinkel quickly decides that this will be his story, one that encapsulates the region’s long-standing historical tension and will surely make a killer play.

It would be hard to find a better metaphor for the tensions between Arabs and Israelis than the one upon which Garfinkel stumbled. But the story of the house is not nearly as straightforwardly symbolic as he would like it to be (even when, after much earnest investigation, the dwelling turns out to stand as a rare concrete example of the Palestinian right of return). As an Israeli theater director says when Garfinkel tells him about it, “It’s interesting, but where do you go from there?”

Garfinkel’s desire to find a compelling story here is understandable, even noble. Who among us wouldn’t like to find an example of the conflict in microcosm and use it to puzzle out exactly where everything went so horribly wrong? But it’s troubling to watch him attempt to squeeze what he’s seeing and hearing into a theatrical framework, and it doesn’t help that his nonfiction writing is hampered by plaintive dramatics: “I leave Ruthie’s. Walk quickly, something’s chasing me, can’t get rid of it. I head to the old city. Lose myself in the stone corridors. Don’t want to know where I am but I know exactly where I’m going.”

It’s unfortunate that Garfinkel’s experiences make for such a frustrating read, because his self-conscious ambivalence is a welcome approach to exploring the region’s conflict. The issues involved beg for a nuanced view, and an admission of uncertainty is as good a place to start as any. In Garfinkel’s case, though, it’s inseparable from a rather relentless naiveté. He’s concerned about authenticity, and craves an off-the-beaten-track experience. “I want real things to happen,” he writes. “Stuff not found in guidebooks, tour groups or media images.” Well-intentioned travelers have always sought these things, and while Garfinkel is aware of what he calls “the folly” of his journey — “I have to decode objects before me, create meaning out of what I do not know” — this occasional self-awareness only gets him so far.

The book’s final section finds him returning to Israel some time after his original trip, hoping to discover answers to questions he hasn’t been able to shake. While it’s more focused than what came before, this part of the story is no more satisfying. It’s also saddled with the specter of the improbably named Mrs. Blintzkrieg, introduced early on as Garfinkel’s childhood teacher. She’s a familiar figure, the ultimate embodiment of stereotypical Jewish guilt. An imagined version of this woman follows him everywhere, chastising him for his need to question Israel’s heroic narrative. Alas, instead of serving as an honest expression of his crisis of faith, the character is the distracting extreme of Garfinkel’s tendency toward what he refers to in an author’s note as “exaggeration tinged with magic realism.” The result is a book that feels strangely disjointed, defeated by the state of mind that brought it into being in the first place.

Eryn Loeb, a writer living in New York, is associate editor of Nextbook.org.