Shabbat by Way of Babylon 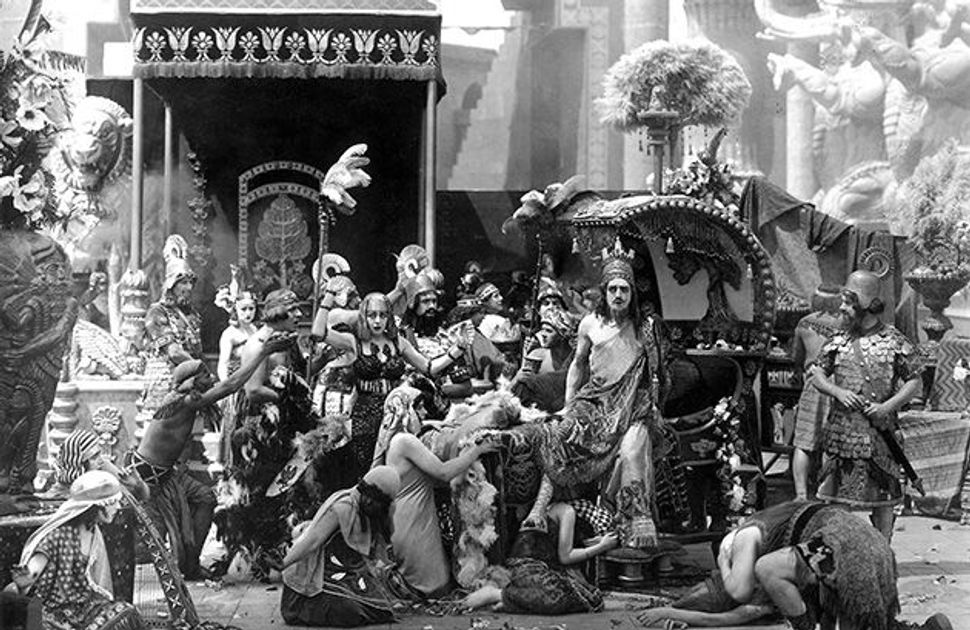 The holiday of Shavuot has arrived — and with it, a d’var Torah, a commentary on a biblical passage, customarily delivered by a rabbi or member of a congregation, from Edward Reingold of Michiana, Mich. For his subject, Mr. Reingold has chosen the verses in Leviticus 23 that tell us when Shavuot is to be celebrated — that is, seven weeks plus a day, or 50 days, from the commencement of the Omer, the “sheaf-offering” of the barley harvest that begins during the week of Passover. (This is why the holiday is called ḥag ha-shavu’ot, “the feast of weeks,” in Hebrew, and Pentecost, from Greek pentekoste, “fiftieth,” in English.) Leviticus 23:10-11 reads, in the Jewish Publication Society translation: “When you enter the land that I am giving you and you reap its [barley] harvest, you shall bring the first sheaf of your harvest to the priest. He shall elevate the sheaf before the Lord for acceptance in your behalf; the priest shall elevate it on the day after the Sabbath.”

“The day after the Sabbath” is a straightforward translation of biblical Hebrew’s mi-moḥarat ha-shabbat — and yet, as Mr. Reingold observes in his d’var Torah, the meaning of these words is anything but straightforward. Within the context of the week of Passover, what “Sabbath” is the Bible talking about? And how, unless we know, can we start counting the 50 days that determine the date of Shavuot?

This question, Mr. Reingold goes on to elucidate, was already asked in antiquity, with different answers being given. The one proposed by the Pharisees, the early rabbis, was that the word shabbat in this verse does not refer to the seventh day of the week or Saturday, as it usually does in Hebrew, but simply means “day of rest” or “feast day” and designates the first day of Passover. Since this day, according to the Bible, falls on the 15th of the month of Nisan, the Omer begins to be counted on the 16th of Nisan, and therefore Shavuot falls on the 6th of Sivan, which is indeed when Jews traditionally celebrate it.

The Sadducees, the main rivals of the Pharisees in Second Temple times, disagreed. The word shabbat in Leviticus 23:11, they held, did mean the seventh day of the week and referred to the Saturday of the week of Passover, regardless of where in that week it occurred in a given year. Since this could be anywhere between the 15th and 21st of Nisan, Shavuot, too, had no fixed date and could fall between the 6th and 12th of Sivan. Subsequently, the Karaites, the heterodox sect that broke with rabbinic Judaism and insisted on a literal interpretation of the Bible, adopted this view in the Middle Ages. Other nonrabbinic Jews, such as the Falashas of Ethiopia, while concurring with the rabbinic understanding of shabbat in Leviticus 23:11 as a generic “day of rest,” took the word to refer to the seventh day of Passover rather than to the first, and therefore celebrated Shavuot on the 13th of Sivan.

Mr. Reingold’s d’var Torah surveys these different readings of the verse in Leviticus and goes on to discuss a more modern one proposed by the American Jewish orientalist Morris Jastrow in an article published in 1911. Jastrow’s suggestion was based on an excavated Babylonian cuneiform tablet containing a vocabulary of calendar terms in Akkadian, an ancient Semitic language related to Hebrew, in which the word sabbatu or sappatu designated the 15th day of each lunar month, when the moon was full. An Akkadian synonym for this day was um nuḥ libi — literally, “the day of the heart’s rest” (in biblical Hebrew, this would be yom nu’aḥ ha-lev), and late 19th-century scholars before Jastrow had pounced on this as proof that the weekly Hebrew shabbat had its historical and linguistic antecedents in the monthly Babylonian sabbatu.

Jastrow himself discussed such a possibility at length in a chapter of his 1914 book, “Hebrew and Babylonian Traditions.” In the article cited by Mr. Reingold, however, his goal was limited to arguing that the shabbat of Leviticus 23:11 originally meant neither “Saturday” nor “feast day,” but rather, as in Akkadian, “day of the full moon.” Since the moon is full on the 15th of Nisan, which is the first day of Passover, Jastrow was effectively vindicating the rabbinic dating of Shavu’ot, though basing it on a different linguistic understanding.

“Jastrow’s conjecture is by no means generally accepted by scholars,” Mr. Reingold’s d’var Torah concludes, “but it is ingenious.” That it is — and the case for it does not strike me as being any weaker a century later. There are problems with it, most of all that nowhere else in the Bible does shabbat explicitly mean “day of the full moon,” but there are problems with all other interpretations of Leviticus 23:11, too. I thank Mr. Reingold for having brought this one to our attention, and I wish him and all of you a happy Feast of Weeks.

Shabbat by Way of Babylon