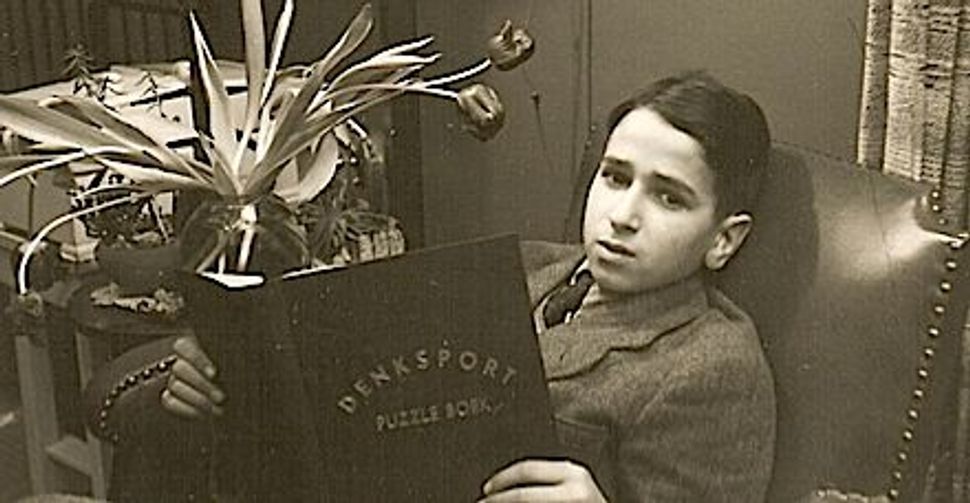 Image by Courtesy of miriam keesing 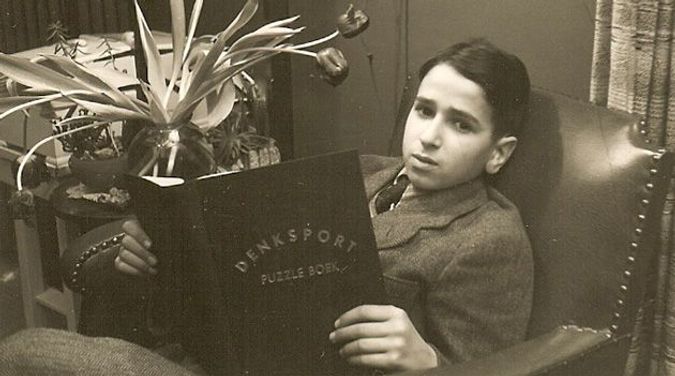 Found Photo: Uli Herzberg holds a book of Dutch crossword puzzles during his stay with the Keesing family between 1939 and 1941. Image by Courtesy of miriam keesing

Miriam Keesing has hundreds of children. The lucky ones are in their 80s, living in countries across the world as disparate as Holland, America, Argentina and Australia. The unfortunate ones died young, mostly in Auschwitz or Sobibor.

Though Keesing’s children come from various parts of Germany and Austria, what unites them is that they were all sent by their birth parents to Holland, between November 1938 and September 1939, in the hope that they would be safe from the Nazis.

The transportation of about 10,000 Jewish children to England aboard the Kindertransport is a well-known, if tragically short, episode in the years preceding the Holocaust. But what Keesing has discovered after three years of dogged research at The Hague is a story much less known — that of Holland’s brief role as a haven for Jewish children.

And it’s all thanks to one boy.

Keesing, a slight woman with fine cheekbones and a penetrating stare, told her story over coffee at Manhattan’s Time Warner Center, whose sanitized architecture stands in stark contrast to the grim story she recounted of the Dutch Kinder. She is in America, on the final leg of a journey to meet and interview as many survivors as possible before she wraps up her research for good.

Keesing’s father, Leo, was a successful Dutch publisher in Amsterdam whose own father, Isaac Keesing, introduced crossword puzzles to Holland in 1931 with a publication called Denksport. After Leo’s death 14 years ago, Keesing found in his attic photographs of “a sad-looking boy” holding a volume of Denksport. She took the photographs to her aunt

Uli Herzberg, it turned out, was a German-Jewish refugee who stayed with Keesing’s family from the end of 1939 until January 1942, when Keesing’s mother and father, who was Jewish, fled Holland for Cuba.

Keesing’s curiosity ended there. But three years ago she began to wonder what became of Uli. She traveled to The National Archives in The Hague, where she discovered that after her parents fled, Uli moved to a neighbor’s house. In March 1943 he was arrested and sent to Sobibor. He was murdered there that same month.

Keesing kept digging and learned that Uli had a brother, Hans, who by a stroke of luck had avoided the Nazis and had made his way to America. After extensive searching, Keesing unearthed a phone number for a Hans Herzberg in Illinois, who appeared to be the same age as Uli’s brother. So she called him.

“He answered the phone himself,” Keesing said. “I said, ‘Mr. Herzberg, my name is Miriam Keesing.’ And that is all I had to say, because he knew right away what I was phoning about. It was very emotional for both of us.”

Keesing sent two photographs of Uli to Herzberg. In return, Herzberg sent Keesing letters that Uli had written while he was staying at her parents’ home.

Keesing was about to file away her papers when she noticed in the files that two more German boys had stayed with the same neighbor’s family across the street. “I thought, how is that possible?” Keesing said. “How many were there?”

Keesing wanted to learn more about these children, but when she searched bookstores and the Internet, she could not find any books about the Dutch kinder. So for the next three years, she spent one day each week sitting in the large reading hall at the National Archives and Records Administration, combing through boxes of documents from the interior ministry and the justice ministry. Each loose sheaf of paper contained a correspondence from the ministries or from the Jewish Refugees Committee. Occasionally she stumbled across letters from parents in Germany and from children in Holland, adding one more piece to the picture she was building of the refugees’ final days.

Keesing discovered that of the refugee children who traveled to Holland, about one-third made it to safety — in most cases, to the United Kingdom and America — before war broke out. Another third survived in hiding or by outliving the camps or escaping overseas after the Dutch border had closed. But it was the final third, the ones who died, that really drove Keesing in the early months of her research.

She consulted Holland’s Joods Monument (Jewish Monument), a digital Holocaust memorial run by Amsterdam’s Jewish Historical Museum, which has a page for each Shoah victim deported from the Netherlands and killed. Many of the pages, Keesing discovered, were so short of information that sometimes they contained only a name followed by a sentence: “This person lived alone,” or, “No information about family members is known or traceable.”

“For me,” Keesing said as she touched her heart, “it hurts that these children who were in the Netherlands alone and who were deported, very often alone, that their story is not known.

“What’s even worse is that later when I did my research, I discovered a lot of children weren’t even on there. Their names had been wiped off the earth because they were not in registers or victims’ lists.”

Though her mission began as a project “to write the story of the dead,” Keesing soon realized that the stories of the living were almost exactly the same. The only difference was that, through a twist of fate, one child was saved while the other perished.

Keesing began tracing her children to addresses around the world. With each person, she would send a letter first. If she got a positive response, she would send photographs or other pieces of information that the person might find interesting. In some cases, she sent the first photograph siblings had ever seen of their brothers and sisters. For those who were too young to remember, she filled in lost details.

“She told me how my parents had worked at a hostel in Holland, where they had been voluntarily employed to shepherd the children, and how much they had been valued there,” said Leslie Diamond, who was sent to Amsterdam from Germany at the age of 11. “I never knew that, and it endeared her to me very much.”

Diamond, who lives in Albany, N.Y., was one of the last people Keesing visited during her tour of America in April and May. When Keesing returns to Holland, it will be to discuss a potential movie deal with a Dutch production company and to try to turn three years of research into a book.

“I hope I can ever stop,” she said. “I am planning to finish up the research this year and then start writing, and I hope I will be able to put it to rest,” she said, smiling, “but I have my doubts.”