Building a Collective Consciousness on a National Scale 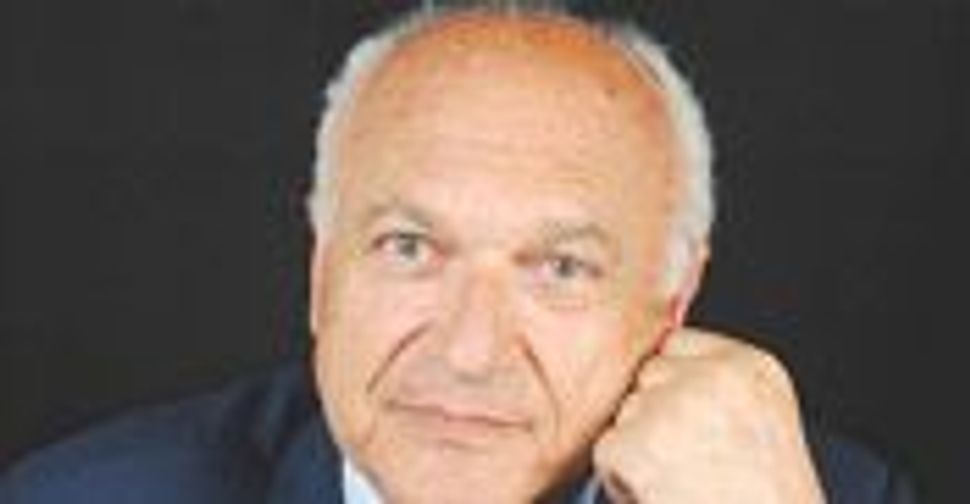 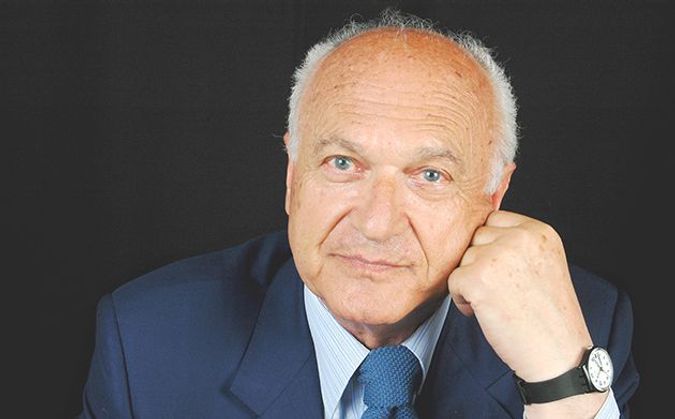 French-Jewish historian and publisher Pierre Nora is renowned for editing the monumental series of volumes “Lieux de Mémoire” for the French publisher Gallimard. Literally, the title means, “Places of Memory,” and the series is the ultimate repository of modern Gallic concepts of national identity. Its brilliant scholarship was recognized by Columbia University Press, which, from 1996 to 1998, released a plushly appointed three-volume translation by Arthur Goldhammer as “Realms of Memory: The Construction of the French Past.” The University of Chicago Press’s similarly monumental four-volume, “Rethinking France,” series made the rest of the original French publication available in English.

Even before the aforementioned book project, in 1975, French-Jewish historian Pierre Vidal-Naquet, a longtime friend, applauded Nora’s role as writer and editor in building a “collective consciousness on a national scale.” Nora’s has always been a Jewish consciousness. Now, a richly absorbing biography underlines how Nora’s Jewishness powerfully motivated his achievement. “Pierre Nora, Historical Man,” out from Librairie Académique Perrin and written by historian and epistemologist François Dosse, underlines this fact. Journalist Jacques Julliard stated in 1983, after the death of political thinker Raymond Aron, that Nora hitherto would fill Aron’s shoes as “embodiment of the great secular Jewish intellectual and republican, descendant of the Age of Light and French Revolutionary ideals.” According to Dosse, Nora’s “Lieux de Mémoire” project was designed as a means to “link [Nora’s French and Jewish] identities.”

Nora referred to these identities in his 2002 speech of induction into l’Académie Française. He explained why he, as the late Jewish Academician Joseph Kessel had done in 1964, chose to have a Star of David engraved on his ceremonial sword:

Because I am among those who still believe that the Jewish contribution to the world belongs to things of the mind more than to weaponry. Because I shall consider myself Jewish as long as somewhere a Jew is threatened because of his identity, just as I myself was, during my boyhood.

Nora is a Holocaust survivor, having managed to escape from the Gestapo during the German Occupation of France. In January 1944, hiding in a school in the small town of Villard-de-Lans in southeastern France, 12-year-old Nora was awakened at 3 a.m. by a schoolmaster, who announced that the Gestapo had arrived to arrest him; Nora leaped out a window and fled. Years later, when he visited the site of the wartime home for Jewish children at Izieu, Nora “rather identified with” Léon Reifman, who also had escaped from the Nazi raid of his school [by leaping out a window][7]. In 1993, Nora would publish the memoirs of Sabine Zlatin, the heroic founder of the Izieu school and another survivor of the Nazi raid.

Despite the necessity for this harrowing near-escape, Nora’s family had longtime roots in France; in 1808, when Emperor Napoléon decreed that all French Jews adopt family names, a Nora ancestor known as Moshé Aron lived in the village of Hellimer in northeastern France. Aron inverted his second given name to obtain a new family name. Nora would ask some of the authors he published, including Gershom Scholem and Emmanuel Levinas, about his family name’s significance. They deduced that Aron’s name choice may have been influenced by Hebrew meanings of the adjective Nora (“awe inspiring” or “fearsome”) as well as by its use in Jewish liturgy, such as El Nora Alila, the piyyut, or liturgical poem, sung at the conclusion of Yom Kippur.

Whatever the accuracy of such etymologies, Pierre Nora has, over the decades, labored mightily to keep Jewish thought and history at the center of French intellectual life. Among his earliest publishing successes was “Archives,” a series of annotated historical source material launched in the early 1960s and including, among dozens of titles, volumes on the Dreyfus Affair and on the Warsaw Ghetto uprising, and a 1986 volume, “Mémoires Juives.”* Translated as “Jewish Memories” and published in 1991 by the University of California Press, the volume assembles accounts of little-known European Jews who had moved to France. By commissioning and publishing these books, Nora made it possible for French readers to follow his historical experience. And his focus was not only on world leaders or people of action; in the world of Nora’s “Archives” series, intellectuals also play a prominent role.

Further broadening the scope of experience covered, in 1986 Nora published the war journal of sociologist Georges Friedmann, expressing a French-Jewish intellectual’s experiences during the decisive years 1939–1940. Likewise, in 1974 Nora published with Gallimard “L’Oiseau n’a plus d’ailes” (“The Bird Has No Wings”), the letters of a young half-Jewish German, Peter Schwiefert, who died fighting the Nazis in France in 1945. Translated and published in 1976 by St. Martin’s Press, “The Bird Has No Wings” remains a moving account of a young man’s assuming his Jewish heritage at a time of crisis.

At a later time of crisis, when Israel’s Six Day War broke out in 1967, Nora was “terror-stricken” about Israel’s fate and lined up with a crowd of Frenchmen outside Paris’s Israeli embassy, ready to volunteer to fight to save the Jewish state. Although the war was soon over without need of his highly unprofessional military assistance, Nora soon made his first trip to the Holy Land, where he was “deeply moved to find that in Israel, no one is reduced to his occupation…. Taxi drivers will advise you to attend a certain [classical] concert, and they recount their own personal story in tales that transcend class divisions.”

As an in-house editor at Gallimard, Nora tried to sign authors he admired, but he was not always successful. One who got away was anthropologist Claude Lévi-Strauss, whose masterpiece “Tristes Tropiques”* was rejected by another 1950s Gallimard editor who claimed that “travel stories don’t interest French readers.” Even decades later, Nora’s best efforts could not make Lévi-Strauss envisage trying Gallimard again. Other projects also failed, such as a planned collected correspondence of French-Jewish historian Marc Bloch and his colleague Lucien Febvre, after the latter’s son Henri, enraged by an article about Febvre by historian Natalie Zemon Davis, “threw an anti-Semitic fit” in Nora’s office, charging a “Jewish plot against his father,” whereupon Nora said, “Now you get out of my office.”

Nora’s other books include “Attempts at Self-History” (“Essais d’Ego-Histoire”) from Gallimard, in which leading historians describe their own personal histories and how they were drawn to history. The example of “Attempts at Self-History” would later inspire such noted French-Jewish historians as Annie Kriegel, Vidal-Naquet and Benjamin Stora to write related book-length analyses of their own professional trajectories.

As chairman of the international association Liberté pour l’Histoire (Freedom for History), Nora, who will be 80 in November, continues to [defend historians’ freedom of expression against political intervention. His massive contributions to French thought, as instigator and enabler as well as author, make him a unique figure on Europe’s intellectual landscape.

Building a Collective Consciousness on a National Scale