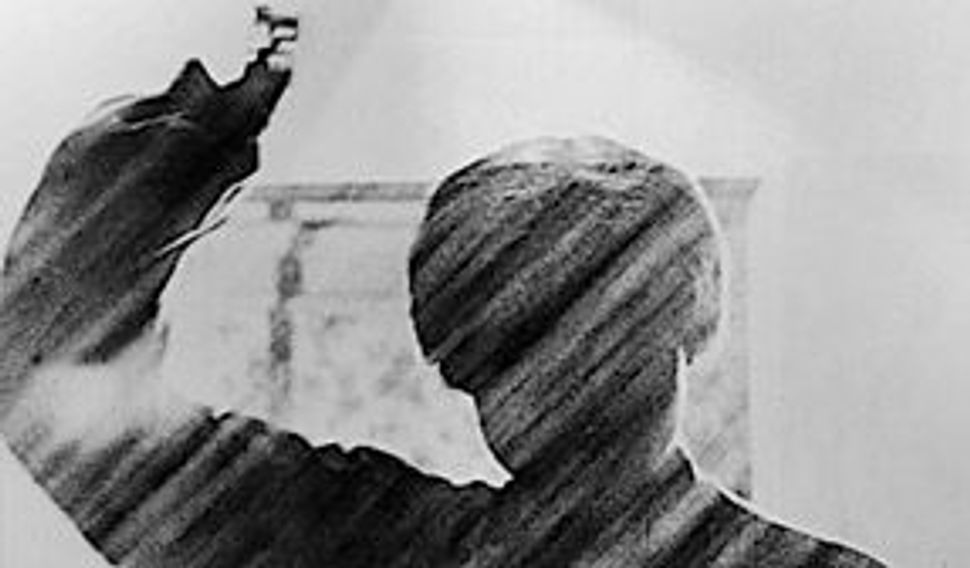 Apotheoses of Dread: Though a fan of pastoralists like Elgar and Vaughan Williams, Herrmann wrote harrowing scores for ?Psycho? and other suspense films. Image by Getty Images

Few movie soundtrack composers are perennially contemporary household names, but New York-born Jewish musician Bernard Herrmann, whose June 29 centenary is being celebrated with a year of CD releases and live concerts from Minnesota to Bristol, England, is a noteworthy exception. 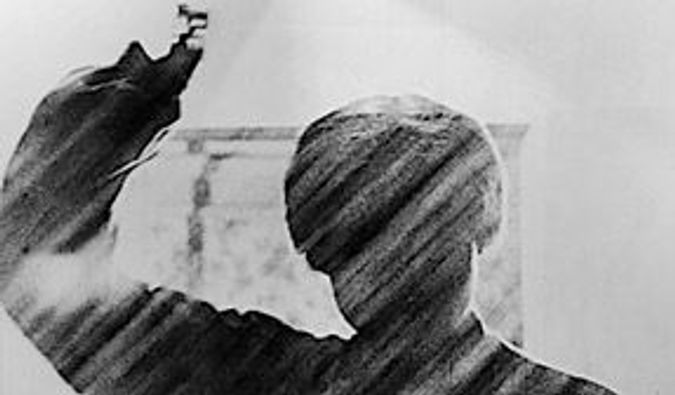 Apotheoses of Dread: Though a fan of pastoralists like Elgar and Vaughan Williams, Herrmann wrote harrowing scores for ?Psycho? and other suspense films. Image by Getty Images

Herrmann’s name is immortally linked to the oppressively ominous, churningy fear-inducing music he wrote for films directed by Alfred Hitchcock, such as “Psycho” and “Vertigo,” as well as for his landmark score for Orson Welles’s “Citizen Kane.” Even Lady Gaga’s music video for “Born This Way,” released last February, begins by quoting Herrmann’s “Vertigo” score.

On March 1, Sony Classical reissued on CD “Citizen Kane: The Classic Film Scores of Bernard Herrmann.” An even more virtuosic and dramatic soundtrack than “Vertigo,” it ranges from grand opera to crass political campaign music. Assigned to write an aria for Kane’s talentless mistress to chirp, Herrmann triumphed with music of such lasting value that star soprano Kiri Te Kanawa recorded it a half-century after the original film was released. This abiding mastery in widely diverse genres may derive from Herrmann’s own divided family background.

Steven C. Smith’s 1991 “A Heart at Fire’s Center: The Life and Music of Bernard Herrmann” from University of California Press, issued in paperback in 2002, explains that Herrmann’s father, an optometrist, was born Abraham Dardick in Proskurov, a Ukrainian city notorious as the site of later pogroms. Upon moving to America, Dardick changed his named to Herrmann in order to evade an importunate lover. He also chose a German-sounding name to replace his Eastern European sounding one, in order to appear higher class and better established in New York’s Jewish community. In Manhattan, Dardick-turned-Herrmann met Ida Gorenstein, a pious salesgirl also born in Russia. Their son, Bernard Herrmann, would later claim that his “mother was a peasant and his father a gentleman.”

This dichotomy made for a highly dramatic upbringing, with the boy’s parents constantly squabbling at the Café Royal restaurant, a landmark on Manhattan’s Lower East Side, on Second Avenue and 12th Street. Leo Rosten, humorist and Yiddishist, termed it the “forum of Jewish intelligentsia, the place to learn anything from the Yiddish theatre, music, art, letters & life.” While experiencing the suffocation of his parents’ domestic discord, Herrmann pored over literary classics such as the novels of Israel Zangwill and the works of Sigmund Freud, who, as Smith suggests, “associated anxiety with fear of loss of love, a pivotal theme in Herrmann’s best music.”’

At DeWitt Clinton High School, Herrmann met Jerome Moross, another aspiring composer who would go on to write film scores and concert music. Herrmann was studying a pocket score of Mahler’s Fifth Symphony and turned to Moross, asking, “D’ya know Mahler?” to which Moross replied, “Mahler stinks.” Herrmann grabbed some music manuscript paper on which Moross was scribbling, and dismissed his classmate’s composition as “Dishwater Tchaikovsky.” In this surprising way, a friendship was born. Yet Herrmann’s closest youthful alliance was with a future writer/director, Abraham Polonsky, who became a victim of Hollywood blacklisting during the McCarthy era. Polonsky called Herrmann’s father a “déclassé Yiddish Russian intellectual,” recalling, “Benny and I would make monocles at Abraham’s optometry shop, then wear them in class and get thrown out.”

In his youth, Hermann focused intense energy on the Anglophilia, which would be a trademark of his creative life. Jonathan Freedman’s “The Temple of Culture: Assimilation and Anti-Semitism in Literary Anglo-America” (Oxford University Press, 2000) asserts that American Jewish intellectuals embraced Anglophilia as a way to escape their own ethnicity, yet Ian Buruma’s 1999 “Anglomania: A European Love Affair” from Random House argues that such Jewish thinkers as Nikolaus Pevsner and Isaiah Berlin were Anglophiles who specifically did not discard their Jewish identities.

Though his passion for British composers from Elgar to Vaughan Williams inspired what he himself considered his finest film score — the emotionally expressive music for 1947’s “The Ghost and Mrs. Muir,” directed by Joseph Mankiewicz — Herrmann did not discard his Jewish identity. Like Pevsner and Berlin, Herrmann was indubitably Jewish, but no less indubitably someone who cherished an ideal of English culture and civilization.

Herrmann’s Anglophilia was no escape, but a conscious artistic choice toward the pastoral poetic gloom epitomized by such authors as Alfred, Lord Tennyson and A.E. Housman, in which what is irrevocably lost is artfully mourned. Just as Herrmann’s parents fled pogroms into exile, Herrmann himself became a beacon of emotional exile, exalted into an art form. His 1943 orchestral elegy, “For the Fallen,” paid homage to the dead of the Second World War in the most British way: by including a quotation from the aria “He Shall Feed His Flock” from Handel’s Messiah.

This constant blending of Yiddishkeit and Britishkeit resulted in an ever-bubbling cauldron of emotions. The musical results, Herrmann’s apotheoses of dread, at times could seem overdone, even to directors who admired and repeatedly employed him. Herrmann’s decade-long collaboration with Hitchcock ended after the director rejected Herrmann’s score for 1966’s “Torn Curtain.” Instead of using Herrmann’s heavily oppressive accompaniment to a rural scene in which Paul Newman effortfully murders a spy, Hitchcock opted for panic-inducing silence and natural sound effects.

After his quarrel with Hitchcock, Herrmann composed two scores for French cinema’s greatest Hitchcock fan, director François Truffaut, in 1966’s “Fahrenheit 451” and 1968’s “The Bride Wore Black.” In the latter film, Truffaut chose to replace thickly Mahlerian music that Herrmann used for a scene in which a piece of embroidery gracefully falls out a window, after a killing, with a decidedly lighter, airier excerpt from a mandolin concerto by Vivaldi. Elsewhere in “The Bride Wore Black,” Truffaut did retain Herrmann’s bloodcurdling variations on Mendelssohn’s “Wedding March” as an ironic aside about the potentially lethal results of marriage.

Yet Herrmann’s artistry was always more than just an expression of the brutal violence inherent in human relationships. His last film score, of atypically jazzy, urban music for 1976’s “Taxi Driver,” directed by Martin Scorsese, was a forward-looking triumph.

To the end, Herrmann, who died of cardiovascular disease in 1975, planned ahead, pursuing the true musical path and discarding unworthy approaches. His fellow screen composer David Raksin explains in Joshua Waletzky’s 1992 documentary, “Music for the Movies: Bernard Herrmann,” available on DVD from Kultur Video, that Herrmann slated the tongue-in-cheek music by Richard Rodney Bennett for Sidney Lumet’s 1974 “Murder on the Orient Express.” Herrmann protested: “How could [Bennett] write a waltz? That’s a train of death!”

Yet for the 1959 Hitchcock classic “North by Northwest,” Herrmann scored the frantic scene that featured Cary Grant and Eva Marie Saint scurrying over Mount Rushmore, with music that followed the rhythms of the fandango, a lively Andalusian folk dance. A fierce, totally Hermannesque fandango, but a fandango nonetheless.

Herrmann’s paradoxes and contradictions will continue to fascinate well after his centennial year; a Carnegie Hall performance of Herrmann’s opera “Wuthering Heights,” conducted by Leon Botstein, has already been scheduled for March 2012. And the jabbing, shrieking violins of “Psycho” resound on a new CD, a February 22 release from Signum Records, of the Tippett Quartet playing an arrangement of Herrmann’s “Psycho Suite” and a reprint from Arkivmusic.com of Herrmann himself conducting his “Psycho” music. Scream on, you gifted Anglophile Benny, scream on.

Watch Herrmann conducting some of his music for Truffaut’s film Fahrenheit 451.

Listen to Herrmann interviewed at the time of his work on Truffaut’s The Bride Wore Black.

Finally, watch an excerpt from the documentary “Music for the Movies: Bernard Herrmann.”