Avoiding the Siberia of Capitalism, a Life Without Music 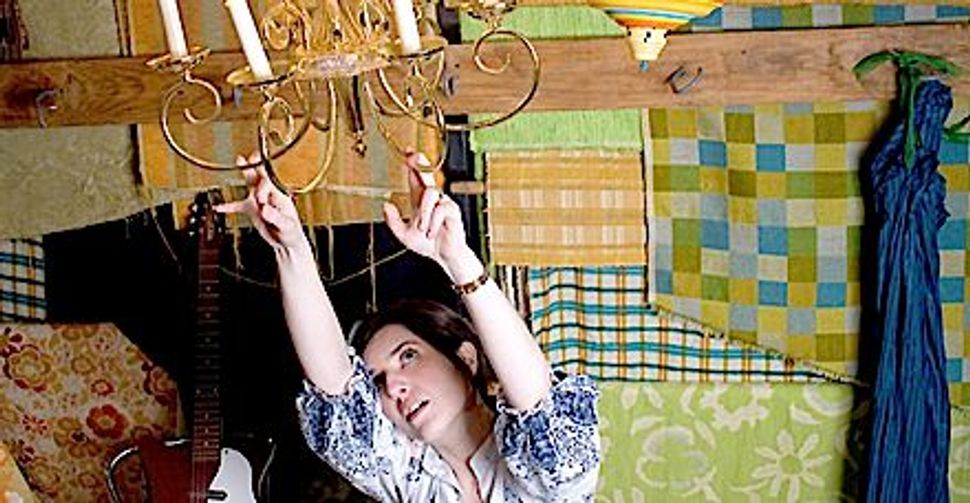 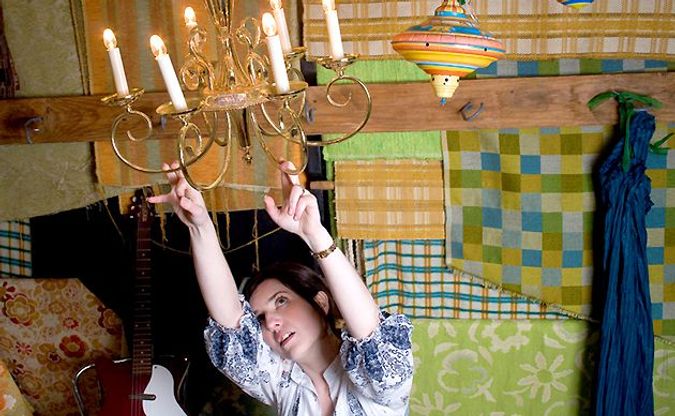 I ask for your indulgence while I broadly generalize about young immigrants brought to this country from the former Soviet Union as children, American raised, if not, strictly speaking, eligible for the presidency: There are only two kinds. The first sort of young immigrant is the striver, the pleaser, forging ahead with some parentally endorsed pursuit, some standardized version of the American Dream. Those of the other sort are crippled by the realization that they — coddled and suburbanized — can never be as tough as their parents, who were disciplined by Communist deprivation and driven to the terrible risks of emigration.

This second sort is moved to re-enact, typically with comical results, the experience of displacement and relocation in their career choices. And they serve, out of all proportion, as the hapless focus of immigrant novels and memoirs.

Alina Simone — born in Kharkov, Ukraine, but, after her KGB-blacklisted father managed to move the family to the United States, raised in the Massachusetts suburb of Lexington (the birthplace of American liberty), a town so wondrously safe that, “a woman… was stabbed in her home and ended up bleeding to death because the guy on duty at the local fire department assumed that hers was a prank call” — is the second sort of immigrant, the very kind that demands a memoir.

Simone’s memoir has its origins in a Farrar, Strauss and Giroux editor randomly encountering her music on the Internet radio site Pandora and commissioning her to prepare a manuscript; its title comes from the response of a Russian friend to Simone’s complaints about playing another half-empty show. Artistic, musical and a little aimless, Simone rejects the expected path of the dutiful immigrant daughter, first heading to art school and then trying to make it in the music business. And what do you know! It turns out that her achievement of musical stardom, or at least a musical living wage, as chronicled in “You Must Go and Win,” Simone’s charmingly tentative collection of essays, is not unlike trying to make it to, and in, America.

Perhaps the biggest point of intersection is the ritualistic humiliation involved in leaving the Soviet Union and trying to make it in the music business. In Kharkov, Simone’s father rejects a KGB recruitment offer, and thereafter, “bad things insisted on happening to [the] family.” Simone’s mother, for example, is unceremoniously dismissed from her job, while her father drifts from menial job to menial job, despite his previous academic success and aptitude for physics. In the United States, Simone rejects the delights of capitalist compensation and finds herself in part-time positions of dubious distinction, serving as “director of special projects” (or some variation thereof) for a string of not-for-profits in order to support herself through a flood of rejections from increasingly obscure record labels.

Like the pursuit of freedom, the pursuit of fame has a ripple effect, engulfing everyone and everything in its path. When Simone’s parents file for permission to leave the Soviet Union, her maternal grandparents are summarily fired from their positions at a research institution in Kharkov, informed that they certainly cannot be trusted to produce reliable results if they cannot be trusted to control their motherland-betraying daughter; Simone’s music career, with its relentless touring and even more relentless disappointments, ensnares her long-suffering husband, Josh, in a series of emotional and material disappointments. Readers will be pleased to note that his patience is rewarded by a dedication and by his depiction as a man somewhere between sage and saint.

The parallels just won’t end: Decamping from Carrboro, N.C., to the more fame-conducive Brooklyn, Simone temporarily shares a Williamsburg apartment, a gaspingly expensive setup with an air mattress and a flea infestation, resembling nothing so much as “a refugee camp, a tent city for the young, the poor, and the restless… for unwashed, muddled masses in search of opportunity.” When she prepares to depart for Siberia — ostensibly as part of another “special projects” gig, but mostly inspired by curiosity about that most severe of iconic Russian destinations and an obsession with Yanka Dyagileva (the tragic Siberian punk singer whose songs Simone beautifully covered on her last album, “Everyone Is Crying Out to Me, Beware”) — her parents mince no words in warning her about the Russians:

These people have become complete moral degenerates! They will do anything for money. They will kill you for an egg sandwich and send your remains home in a ziplock bag. So when you are cold and dead, and your kidneys are up for sale in the back of some newspaper… do not blame us.

Having already absorbed the sordid tales of Simone’s attempts to find a producer for her album, the admonition seems no less applicable to her decision to become a singer. For the record, Russia is strange, occasionally dangerous, but not utterly lethal: likewise, the music business.

The truth is, the music memoir ultimately shares many tropes with the immigration memoir: struggle, doubt and hardship, followed by the relief of arrival and assimilation and, hopefully, eventual triumph. Simone ostensibly ends “You Must Go and Win” in the midst of her struggle, but the very fact of the book’s existence suggests at least some measure of success, some realization of American dreaminess.

And that book, on arrival, is quite lovely. Like Simone the musician, Simone the writer is lo-fi, a little folksy and quietly pleasing.

Yevgeniya Traps is a doctoral candidate in English at the Graduate Center of the City University of New York.

Avoiding the Siberia of Capitalism, a Life Without Music