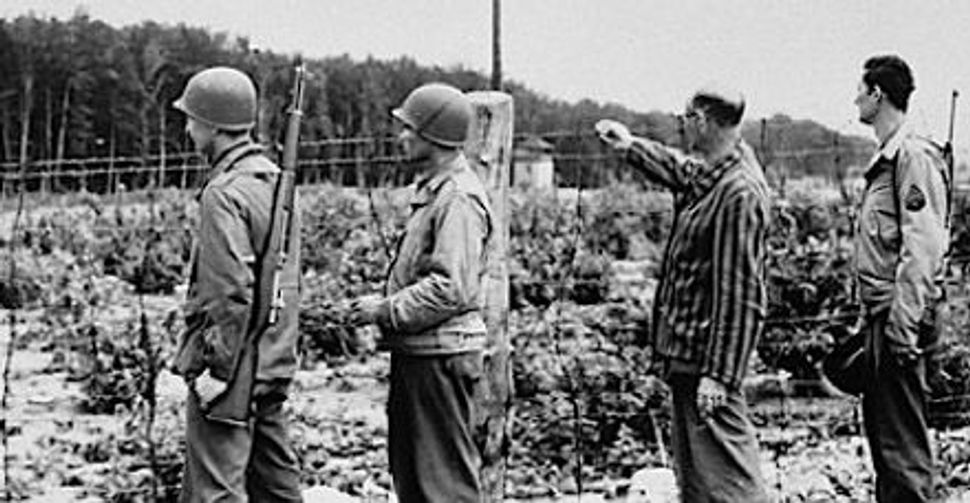 THE END OF THE HOLOCAUST
By Alvin H. Rosenfeld
Indiana University Press, 328 pages, $29.95

The impact of the Holocaust on contemporary culture has been enormous; less recognized has been the impact of contemporary culture on what we think of as “the Holocaust.” The main thrust of Alvin Rosenfeld’s “The End of the Holocaust” is to examine ways in which popular culture has influenced Holocaust awareness, shaping the content of historical memory and expanding its application to atrocities that had nothing to do with the murder of European Jewry. He balances his discussion of such deflective efforts with a sober analysis of how writers like Elie Wiesel, Jean Améry, Primo Levi and Imre Kertész focus our attention back onto the killing reality of the catastrophe, and its influence on what some of them somberly refer to as “life after Auschwitz.” 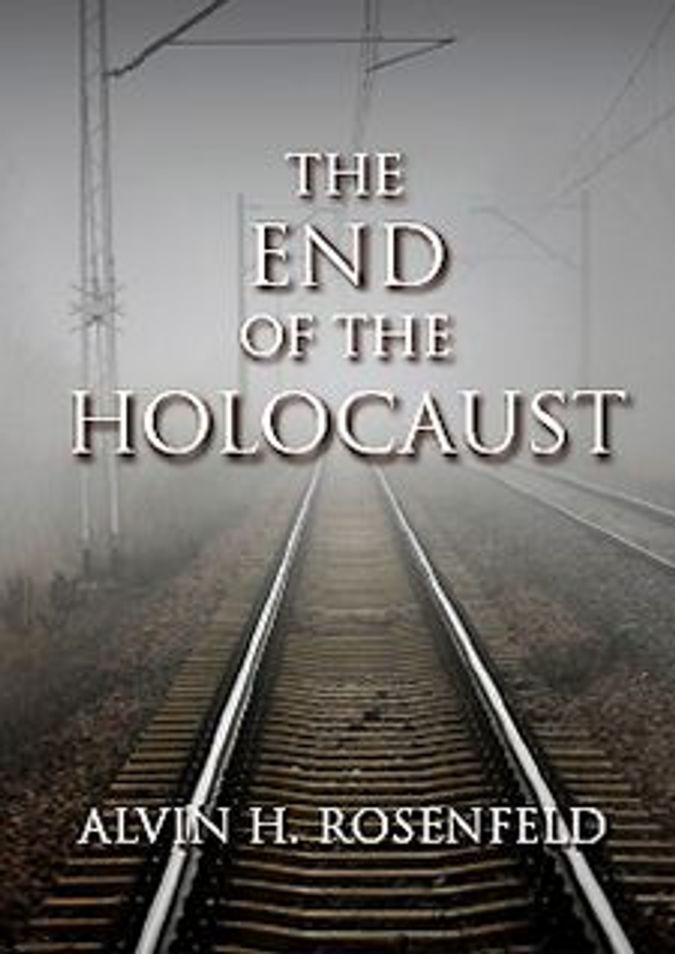 ?The End of the Holocaust? Rosenfeld?s new book.

“The End of the Holocaust” is a model of critical intelligence, restrained in its judgments, never shrill or accusatory in its disagreements, always illuminating in its insights into the motives and achievements of the major Holocaust writers Rosenfeld discusses. Some readers may be inclined to argue with the alarmed vision of its closing pages, which assemble evidence for the possible coming of a second Holocaust against Israel, but this does not diminish the impact of the preceding chapters.

Rosenfeld’s central thesis is “far from being fixed, the memory of the Holocaust is beset by an array of cultural pressures that challenge its place as a pivotal event in modern European and Jewish history.” Principal among those pressures is the attempt to valorize an episode whose dismal effects do not easily support our national habit of celebrating the triumph of the human spirit. Death and dying have never been congenial subjects to the American imagination, and mass murder even less so.

It is not surprising, therefore, to find Rosenfeld citing with little enthusiasm Rabbi Harold Schulweis’s approval of “Schindler’s List:”

because it enables the viewer to enter the dark cavern without feeling that there is no exit…. Memory of the Holocaust is a sacred act that elicits a double mandate: to expose the depth of evil and to raise goodness from the depth of amnesia.

Rosenfeld might have added that expressions like “dark cavern” and “depth of evil” belong to a rhetoric of avoidance that encourages too many commentators to extract hopeful examples from the Holocaust experience while leaving the popular imagination untouched by grim images they might otherwise find unmanageable.

Such insulating rhetoric helps to explain why Rosenfeld devotes so much space to the phenomenon of Anne Frank, whose story as recorded in her diary is more familiar to American readers than any other single text concerned with the Holocaust. The problem, in my opinion, is not with the diary itself, but with its alleged invitation, especially to the enthusiasts of its second-rate stage and cinematic versions, to recreate a narrative more acceptable to popular taste than a story of extermination. We all know about the beginnings of this gifted and precocious adolescent; but how many Americans also know, or want to know, about her miserable end — cold, starving, irritable, typhus-stricken (as reported by surviving eyewitnesses) in the camp at Bergen-Belsen? One of the great missing volumes of Holocaust literature is the unwritten sequel to Anne Frank’s “Diary of a Young Girl,” whose title would surely have contained a different descriptive adjective.

At the heart of Rosenfeld’s inquiry is the crucial question of how we define “Holocaust consciousness.” When pseudo-scholars like Norman Finkelstein , author of “The Holocaust Industry: Reflections on the Exploitation of Jewish Suffering,” and distinguished ones like historian Peter Novick, author of “The Holocaust in American Life,” share forces in accusing American Jews of being obsessed with the Holocaust, without offering substantial evidence to support their claims, what exactly do they mean? The sad fact is that Holocaust knowledge in this country is waning, not growing. How many Americans know that in two days in September 1941 Germans murdered more than 33,000 Jews in a ravine outside Kiev called Babi Yar? How many realize that before the deportation of Hungarian Jews in the late spring of 1944, as Timothy Snyder reminds us in “Bloodlands: Europe Between Hitler and Stalin,” “only” about 650,000 Jews had been gassed at Auschwitz-Birkenau, while more than twice that number had already been shot and buried in mass graves in Soviet Ukraine and Belarus? Far from being obsessed with the subject, American Jews probably know less about the details of the destruction of European Jewry today than ever before.

This tendency, whether we ascribe it to ignorance, indifference or the increasingly popular charge of “Holocaust fatigue,” was already troubling to the four writers whose wrestling with what Primo Levi called “the memory of the offense” Rosenfeld chronicles in three incisive chapters. Ultimately, they shared a sense of collective failure in their search for a language to convey the profound impact of their Auschwitz ordeal.

They were even more discouraged, each in his own way, by the increasing violence in world affairs and the rising tide of anti-Semitism, as if the Holocaust had never happened. Dispirited by the amnesia of the Germans about the crimes of their forebears, Améry could ask in 1977, a year before his suicide, “what is the good of my attempt to reflect on the conditio inhumana of the Third Reich? Isn’t it all outdated,” while Kertész could assert in 1997 with equal gloom that “There is an ‘Auschwitz mode of existence’…that continues to claim victims decades after the Nazi death camps themselves were destroyed.” Nevertheless, Wiesel and Kertész keep writing, and the voices of Améry and Levi were silenced only by their deaths.

Rosenfeld’s most worried chapter, however, which bears the same title as his book, cites considerable evidence to support his notion that “something like ‘the end of the Holocaust’ is beginning to come into view.” Readers should pay careful attention to this evidence, but also work hard to appreciate its origins, which lie in exasperated and erroneous suppositions that Holocaust memory is principally concerned with prioritizing Jewish suffering at the expense of subsequent atrocities. If such widespread ressentiment could gain a foothold in the popular imagination, and there is no doubt that such a threat exists, then the result might, indeed, be a gradual shrinking of Holocaust consciousness. We can never be sufficiently reminded that such consciousness must include an extensive familiarity with details of the murder of European Jewry reaching far beyond the memorial rituals paying homage to their fate.

But the counterweights to such a gradual shrinking are numerous, and energetic caretakers of Holocaust memory, including Alvin Rosenfeld, abound. Among the artifacts at hand to help those caretakers are the testimonies of Holocaust survivors collected at Yad Vashem, the Fortunoff Video Archives at Yale, and the Shoah Foundation Institute for Visual History and Education at the University of Southern California, all of which presumably will eventually be digitized and go online, where they will be universally available. Furthermore, recent works, including Daniel Blatman’s “The Death Marches: The Final Phase of Nazi Genocide,” Snyder’s “Bloodlands” and Samuel Kassow’s “Who Will Write Our History? Rediscovering a Hidden Archive From the Warsaw Ghetto,” reassure us that the pursuit of authentic Holocaust consciousness is still flourishing in the scholarly community, with no end in sight.

The malcontents of Holocaust memory may have private reasons for their objections to an ongoing concern with one of the greatest catastrophes in human history; their public pronouncements, as Rosenfeld cites them, often conceal as much as they reveal. The scope of the atrocity is justification enough for a lifelong scrutiny of its causes and consequences, which can only enrich the uncertain dimensions of the space we call Holocaust consciousness.