A Frothy, Farce Charts a Route to Interracial Peace 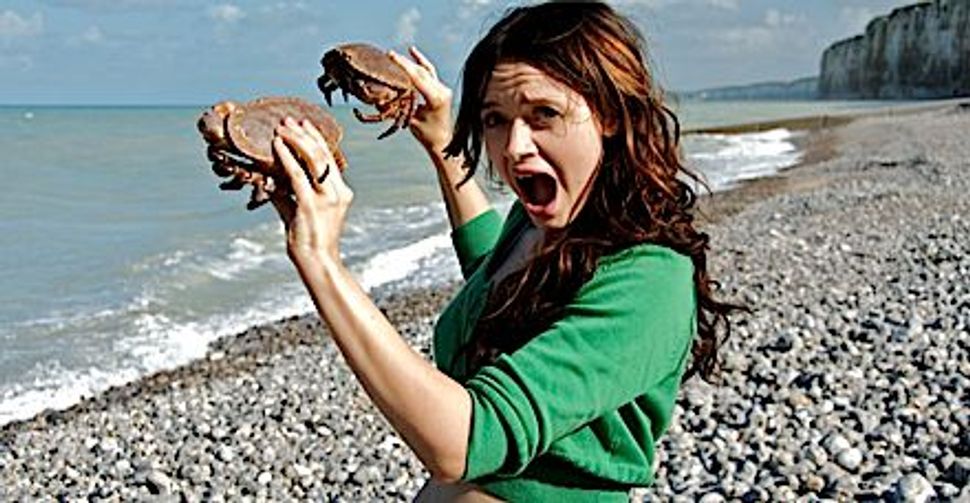 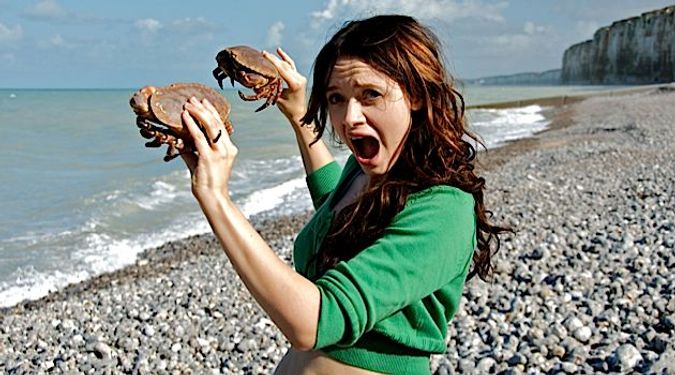 There’s definitely something in the water over there in France. In director Michel Leclerc’s new feature film, “The Names of Love” (which should really be named “Make Love, Not War,” but more on that later), stupidity is fetching, assimilation is absurd and all it takes to solve the Arab-Jewish problem is — sex.

The part of Baya, the absurdist revolutionary sexer-in-chief, is portrayed with playful effervescence by Sara Forestier. Apparently, all women in France are miraculous, but Baya is particularly so: She is a one-of-a-kind shooting star of a girl. She’s the only person in France who is named Baya Benmahmoud, we are told. She’s an unusual beauty (as the child of a French mother and an Algerian father) with bright blue eyes, joyous laughter and a body that makes heads turn. We know all about that body because, at one point, forgetting that her boyfriend is still waiting for her on the checkout line at the supermarket, she goes home, takes a shower, forgets to get dressed and then walks down the Parisian street, naked but for her shoes, prattling away on her cell phone. She’s not the brightest bulb in the chandelier, but who cares? Oh, and also, she has sex with “fascists” in order to convert them to more palatable, leftist ways of thinking.

At this point, we should note that the French have mastered the dynamic (dynamique?) of ditz. Sure, viewers can see a bit of what I’m talking about in Mike Leigh’s Poppy character in his 2008 “Happy-Go-Lucky.” But the French display a certain je ne sais quoi as they show the sort of delightful dodo I’m talking about — silly, yet charming, chic, stylish and enviable. Amélie, in the film of the same name, epitomizes this form of chic.

Amélie and Baya would probably both prefer to be called “ingenues” rather than “kind of crazy and dim.” In France, the ditzes are somehow mignonne, cute. Somehow they don’t come off as morons, even when, like Baya, they say patently ridiculous things about having sex with right-wingers in order to change their political outlooks, or interrupt radio talk shows to berate a guest about being overly paranoid about bird flu. Baya is crazy on paper, but on celluloid she comes off as an insouciant, beautiful innocent — not only to her targets, generally men older than 40, but also to heterosexual women.

How exactly does she do that? Women like Baya, when not embracing their man passionately in a gorgeously filmed, pounding surf à la “From Here to Eternity,” spend their days sitting across from their men at long, butter-soaked meals; downing glasses of amazing wine; crossing their incredible legs — which have never suffered through a spin class. Such women amaze me.

And Baya amazes Arthur Martin (played with a potentially deliberate lack of luster by Jacques Gamblin), a sad-sack 50-year-old who is in charge of policing bird flu and other animal-related epidemics in France. His parents are morose, though his mother, Annette, is morose for good reason: Her parents were deported to Auschwitz from France. After being saved by nuns, Annette decided to ignore her Jewish past and to blend in, changing her name and taking her husband’s last name, Martin (apparently the French equivalent of “Smith”). Arthur Martin, who shares his name with a brand of oven in France, provides others in the film with infinite enjoyment at his expense.

As Americans, we don’t necessarily get all the jokes, but the underlying concept is simple: Viewers are supposed to fall for Baya’s beauty and breasts, and to laugh along with the idea of seducing the politically impaired. While it is certainly more appealing than the politically impaired seducing young women, it seems a rather flimsy hook on which to hang a plot. Making love rather than war means that for Baya, sex is a political crusade rather than true intimacy. This is why what Baya sees in Arthur that makes giving up her political promiscuity worthwhile is unusual, and never really explained. But Baya wants a real relationship with Arthur.

When Arthur finally discloses to Baya that he is, by birth, Jewish, she couldn’t be more delighted: Their Muslim-Jewish relationship will be the ultimate union, a deliberate defiance of prejudice and pessimism. That is, if they make it through the requisite dinner with the parents, where Baya inadvertently mentions no-go topics, like “camps” and “Jewsville.” This bit seems old and overplayed, but perhaps in France it’s fresh.

When enough people have relationships like hers with Arthur, Baya argues, prejudice and hatred will be de facto obsolete. It is only through assimilation, she seems to conclude, that peace can be achieved. The question of how we live in a world where not everyone agrees remains, unsurprisingly, unanswered by this iridescent bubble of a film.

A Frothy, Farce Charts a Route to Interracial Peace