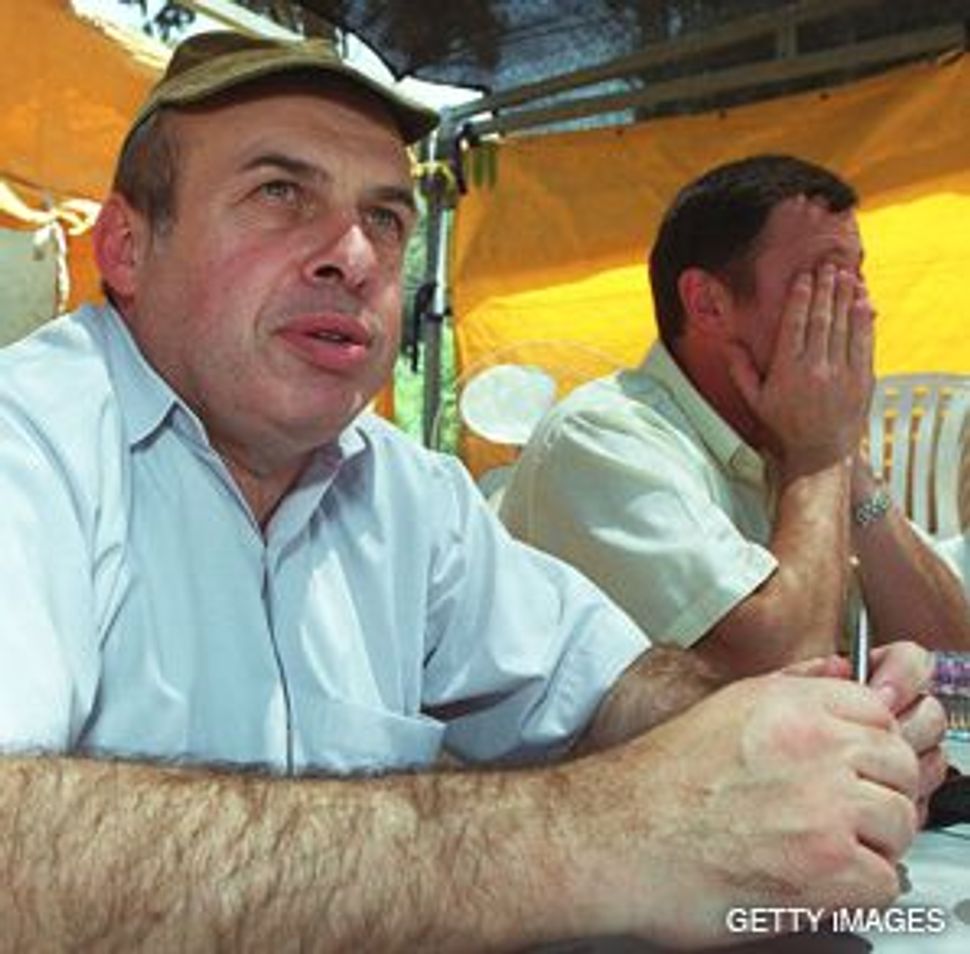 SHARANSKY: In his new book, the former Soviet dissident-turned-Israeli politician argues that cultural-religious-ethnic identity can work in conjunction with, and not in opposition to, democracy. 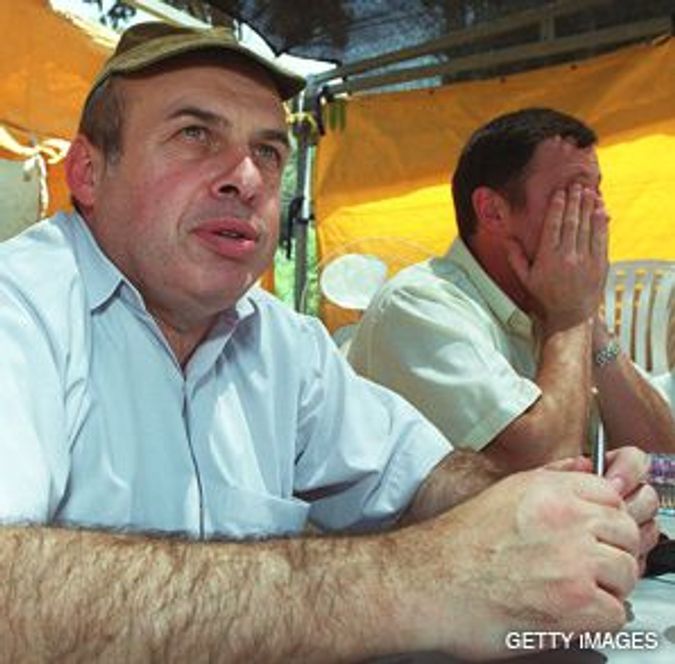 SHARANSKY: In his new book, the former Soviet dissident-turned-Israeli politician argues that cultural-religious-ethnic identity can work in conjunction with, and not in opposition to, democracy.

Everyone knows something terrible is happening. This much seems self-evident. There were the attacks of September 11, 2001, followed by the incomplete overthrow of the Taliban, followed by the invasion of Iraq, set against the backdrop of an adolescent European anti-Americanism, set against the backdrop of a sprawling, violent jihadist movement committed to — sworn to — the destruction of Western civilization.

We make periodic, sometimes very important, tactical gains — the rollback of Al Qaeda in Mesopotamia, the breakup of terrorist cells in Indonesia or Egypt — but we sense that these are only tactical, incremental, component-parts of a much larger struggle for which the West is wholly, almost characterologically unprepared. We tire more easily than the Islamists (or jihadists) do. We dither. We have money to spend on tanks and drones and sophisticated, propaganda campaigns, but nothing can substitute for will, the raw, primal urge to draw blood, to conquer. They want to conquer; we think we do. We fear that we are unraveling, slowly and then not so slowly, and we don’t know what to do about it.

Natan Sharansky has a few thoughts. In “Defending Identity: Its Indispensable Role in Protecting Democracy,” Sharansky and co-writer Shira Wolosky Weiss argue that cultural-religious-ethnic identity works in conjunction with, not in opposition to, democracy and that the only way to defend democracy, the West, in the face of the jihadist threat is to revivify our flagging sense of identity. Far from smoothing over our differences, we should be embracing them.

As Sharansky notes, this proposal directly contravenes the anti-particularist, anti-nationalist, post-identity politics that have defined Western Europe for the past 60 years. But this politics, having emerged from a shell-shocked, bombed-out Europe terrified of its own subterranean inclinations and eager to surrender those inclinations to such suprastate organizations as the European Union and the United Nations, is ill-equipped to contend with the new war on civilization, Sharansky says.

“To the fundamentalists,” he writes, “the West seems shorn of any clear identity, atomized, with each individual living for the day, in pursuit of purely egoistic, materialistic goals. The fundamentalists see a society unwilling to make sacrifices for a cause bigger than the self and view this as a glaring weakness that can be exploited.”

Sharansky argues that his days in a Soviet penal colony taught him that most fundamental of American lessons: E pluribus unum — Out of many, one. Stripped of their most basic rights, similarly oppressed Jews, Pentecostals and Latvians, among others, discovered that while they had varying identities, they had a common goal in sustaining the very idea, or possibility, of identity.

Analogously, Europe, or European peoples, today must return to a multiethnic (as opposed to a nonethnic or post-ethnic) world bound together by a shared sense of the importance of identity. (Sharansky, surprisingly, voices opposition to the French ban on headscarves.) We may not believe in the same God, and we may look different and conform to different traditions, but we have a unifying interest in our cultural variegation.

In other words, Europeans must be more American. Americans, Sharansky says, with their “shared public space,” are unafraid of cultural variegation. Indeed, they celebrate it. If only Europe would celebrate its differences, too; if only Europe would jettison its hostility, by now deeply entrenched, to American individualism, American faith, American materialism, American particularism, Europe could regain its old footing.

One suspects that Sharansky is on to something very important, fundamental even. The West, and especially Europe, does appear to be in grave danger. There is a clash of civilizations taking place. And it’s not at all clear that we have the leadership or collective heft to defend ourselves against whatever comes next. Everyday we seem more insular, ignorant, feckless. The Western Europeans, who for so long buried their heads in a pitch-black sand, now appear to be rising from their slumber, but it’s hardly apparent that they will muster the energy to take action or reinvigorate their cultural-historical raison d’être. For too long, Paris, Berlin, Madrid and most every other museum-, cathedral-, boulevard-laden European capital have seemed intent on simply prettifying themselves, on erecting a huge, continentwide EuroDisney linked not by bloodlines or compacts or shared values, but by bullet trains and a sanctimonious faith in a hyperbureaucratic “Europe” in which few, as it turns out, want to live. They have seemed oblivious to, or scared of, the world beyond. But now the world is forcing its way in — the jihadists burning cars in Parisian arrondissements, the imams preaching hatred in London mosques. This is a world fueled by, drunk with, identity; this is a world overflowing with angry warriors who feel deep and impregnable connections to ancient peoples and people not yet born, and these people are, one fears, far more determined than their European hosts.

Not surprisingly, Sharansky is at his best when talking about the things he really knows: Competing Israeli political identities, and the recent influx of Russians into the Jewish state and the effects of that migration on the country’s sense of self. But what of Sharansky’s call for a revivified sense of identity in the West? This “strategy” for combating radical Islam looks so amorphous that it’s hard to know how this might manifest itself, and in how many different ways, and to what effect. What’s more, “Defending Identity,” with its sometimes irritating air of self-importance, seems to be targeting legislators or policymakers, as if this new, or new-old, identity can be constructed or implemented or “returned to” the public. A more useful book would have systematically parsed away all the ideological tenets of the postwar, Western European, political-cultural firmament, exposing the logical and moral incongruities of that system and proposing, in its place, something more sustainable. Instead of glossing over huge swatches of recent history, as Sharansky does here, offering quick summaries of the Dreyfus Affair, the Gulag, the creation of Israel and the Soviet dissident movement, a better book would have homed in on the philosophical underpinnings of European post-identity. Sharansky is right to single out such luminaries as the British Marxist historian Eric Hobsbawm and the ever-controversial Edward Said, but he doesn’t go nearly far enough in dismantling their arguments — at least, not if he hopes to make a real case and shift the whole conversation about democracy and identity.

A final thought: Sharansky’s argument is premised on the assumption that the United States is doing a better job fighting radical Islam than the Europeans are. If America were somehow lagging in that effort, we might well ask what good all this identity was doing. Alas, there are many people, in the United States and elsewhere, who question American foreign policy, not simply the war on terror but, more broadly, the nation’s attitude toward any number of allies and rival states around the globe. We are now in the middle of our second presidential election in which America’s posture vis-à-vis the rest of the world is one of two or three issues dominating the national discourse. Sharansky’s failure to address this question, on the efficacy of American foreign policy, makes one wonder if he appreciates the source of all that anti-Americanism that so troubles him.

Peter Savodnik formerly reported from Moscow on politics, travel and fashion. He lives in New York.