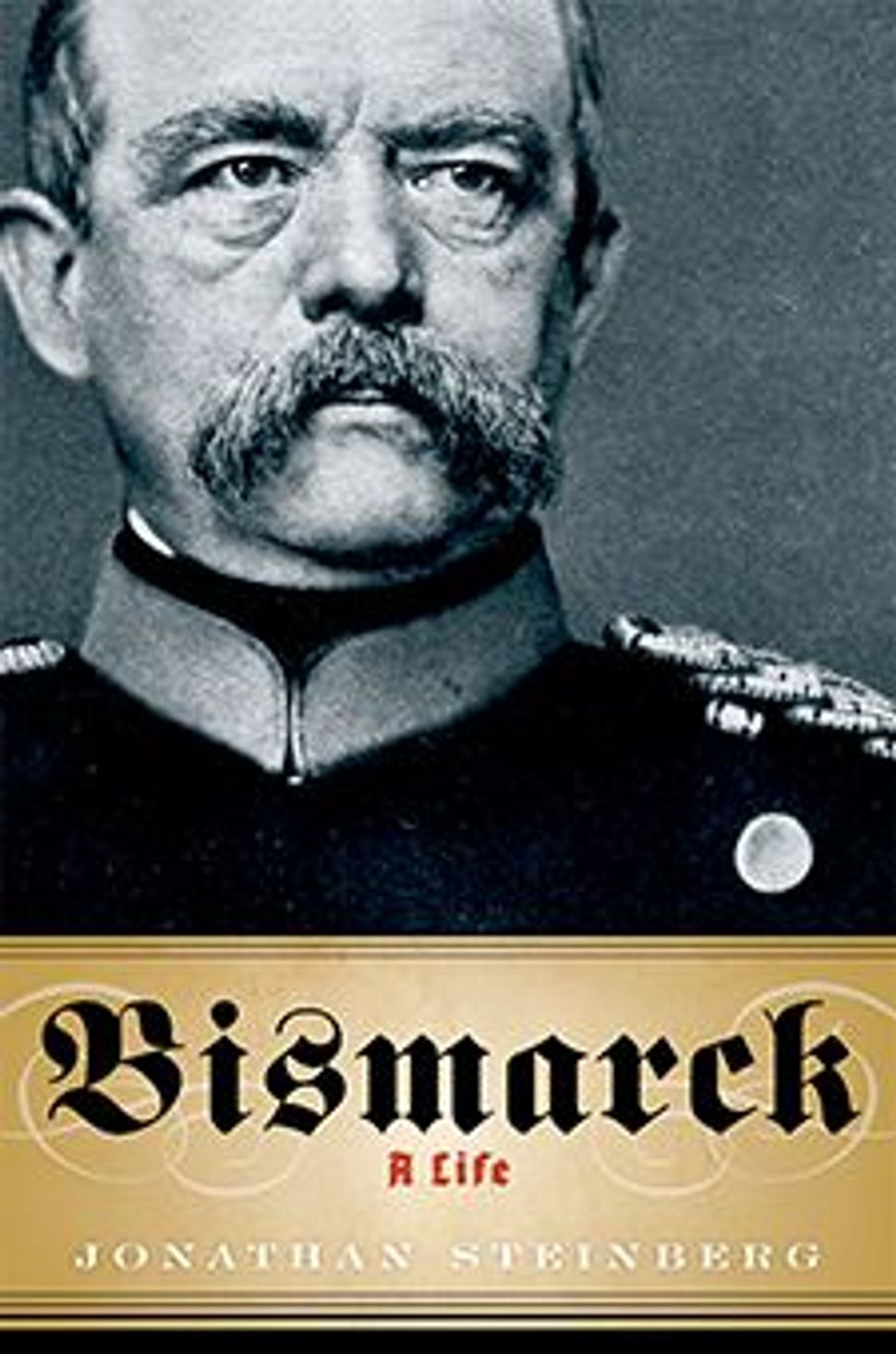 Bismarck: A Life, By Jonathan Steinberg

Otto von Bismarck once said, “You can do anything with bayonets except sit on them.”

By making Bismarck prime minister of Prussia in 1862, the Prussian monarch, King Wilhelm (William) I, was rolling the dice. Wilhelm was facing a constitutional crisis after the Prussian Parliament rejected his key legislative initiatives. Rather than abdicate, the king called upon Bismarck, then 47, an aristocrat reviled by liberals and abominated by conservatives of his own class, to save the day. Few expected Bismarck to last the year. 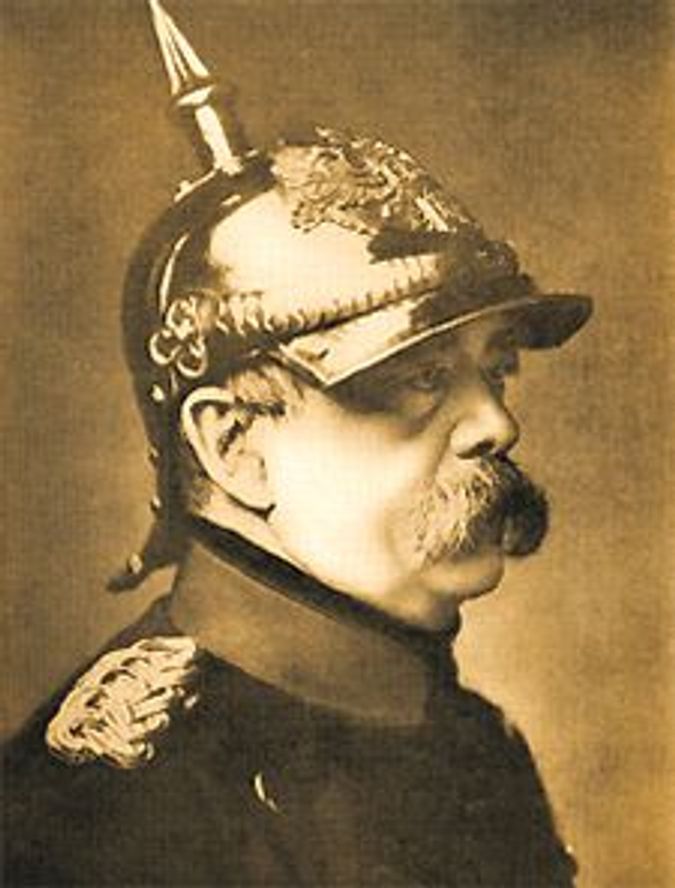 Bismarck: A tyro at Prussia?s helm. Image by Getty Images

Nine years and three wars later, France had been defeated in a watershed conflict, and a Prussian-dominated German nation-state had been established, with Wilhelm I as its emperor. From the right and from the left Bismarck’s political genius was trumpeted, and he remained in power — albeit sometimes hanging by a thread — for two more decades.

Bismarck did not sit on his bayonet.

The Bismarck story is an oft-told one, and oft-told with a political or social agenda guiding the biographer’s pen. Otto Pflanze’s magisterial 1990 three-volume work set a new standard for Bismarck biographies and, more recently, Edgar Feuchtwanger’s “Imperial Germany 1850–1918” (Routledge, 2001) moved us beyond the standard Bismarck mythology. Jonathan Steinberg’s “Bismarck: A Life” fits neatly into this estimable body of work as a serious, politically detached, study.

In doing so, Steinberg, the University of Pennsylvania’s Walter H. Annenberg professor of modern European history, parts company with those German historians of the early 20th century who all too often permitted their political views to influence their portraits. Their work informed the classic Bismarckian image — the “world historical leader” — that emerged during the Weimar and Nazi periods. Steinberg’s analysis achieves a degree of personal and political objectivity while avoiding an oversimplification of his political and governmental achievements.

Who was Bismarck? Steinberg neatly (and readably) walks the reader through Bismarck’s rather outsized life, beginning with the unhappy child and ending with the raging old man. Along the way, we meet the independent-minded student, whose independence manifested itself in manifold ways throughout his tenure; the bored government bureaucrat; the aristocratic estate-holder, and the political tyro, who, elected to the United Diet of the Kingdom of Prussia in 1847, suddenly found the perfect vehicle for his stupendous energy and intelligence. Bismarck was a man of large appetites, for food, tobacco, women — and especially for political power. And he was canny: His developmental period politically, in the 1850s, was as a Prussian diplomat who cleverly distanced himself from the conventional conservative orthodoxy he had expressed as a hard-liner during the wave of revolutions in 1848 Europe. Bismarck knew how to dance the political dance. 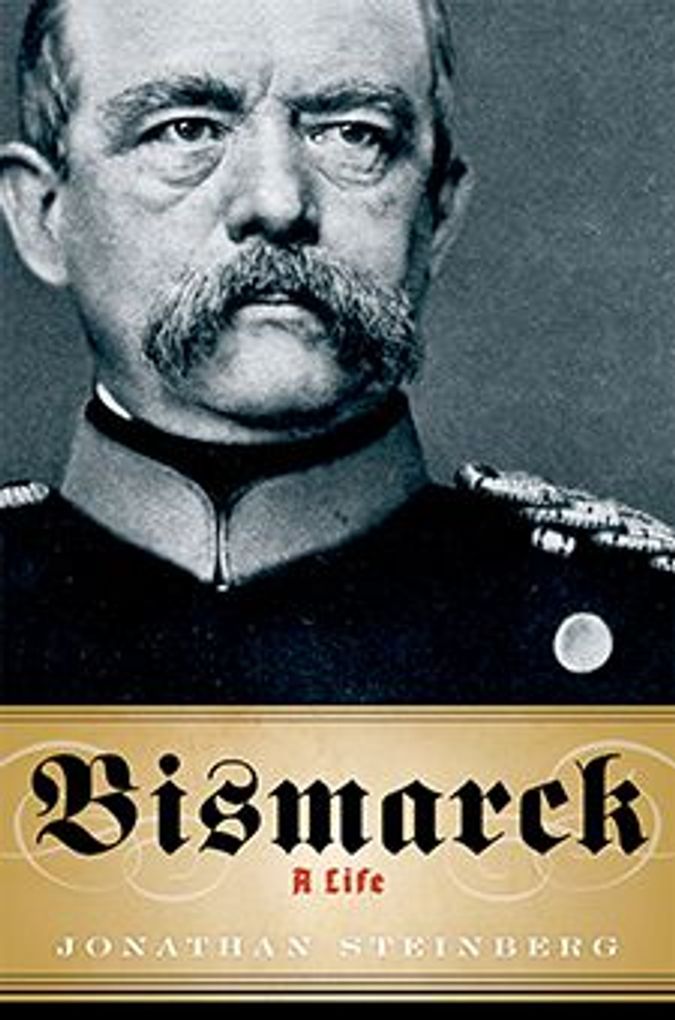 Bismarck: A Life, By Jonathan Steinberg

The core of Steinberg’s thoughtful book is the section that describes the path to German unification, and it is in this section that the author’s thesis is expressed. Steinberg notes again and again that von Bismarck had no natural power base, neither in political party nor in bureaucracy — and certainly not at court. His political ascent came from what Steinberg calls “sovereign will,” the ability to use personal magnetism to bind those around him to his policies. Steinberg argues the case that Bismarck was more than just the first “professional politician,” as other historians have asserted; there was more to Bismarck than the supremely able technocrat. Steinberg gets it right, but the reader of “Bismarck: A Life” yearns for more context, more about the political institutions in Germany, more about the social forces in Germany and in Europe in general.

But here, as well, context is missing, a context of the hijacking by Jew haters of the emerging sciences of biology and anthropology, which transformed Christian religious anti-Judaism to racialist anti-Semitism. But there was more: There was a discrete German context as well, a dynamic deeply positioned in German history and literature. It was the notion of, and yearning for, a German Volk — a people that represented the ancient Teutonic spirit, an organic entity in which the Jew could not participate. The rationalism of the 18th and 19th centuries led to distinctions between “races,” with Jews being characterized as a “race,” and an inferior one at that. The German Volk was, of course, at the very top of the racialist totem-pole. A brief discussion of this sociological dimension would have been useful, and it is missing in Steinberg’s otherwise astute analysis.

Having said this, Steinberg deftly traces anti-Semitism’s roots in Germany’s gutter, and shows how, with the help of respected contemporary historians and theologians, it reached the heights of the establishment, including the highest aristocracy and the court itself. This is an important subtext of the book, and Steinberg shows how anti-Semitism was cynically used by Bismarck and others as a vehicle to attain political ends.

Steinberg is clearly no fan of Bismarck’s character — not a nice guy, to be sure. But his purpose is neither to praise nor vilify the statesman. Rather, he aims to understand and explain Bismarck’s profound success story: his brilliant strategies and tactics in bringing together the German states into a unified polity. In this, “Bismarck: A Life” is a success story itself.

Jerome A. Chanes is a Forward contributing editor and editor of the forthcoming “The Future of American Judaism” (Trinity/Columbia University Press).