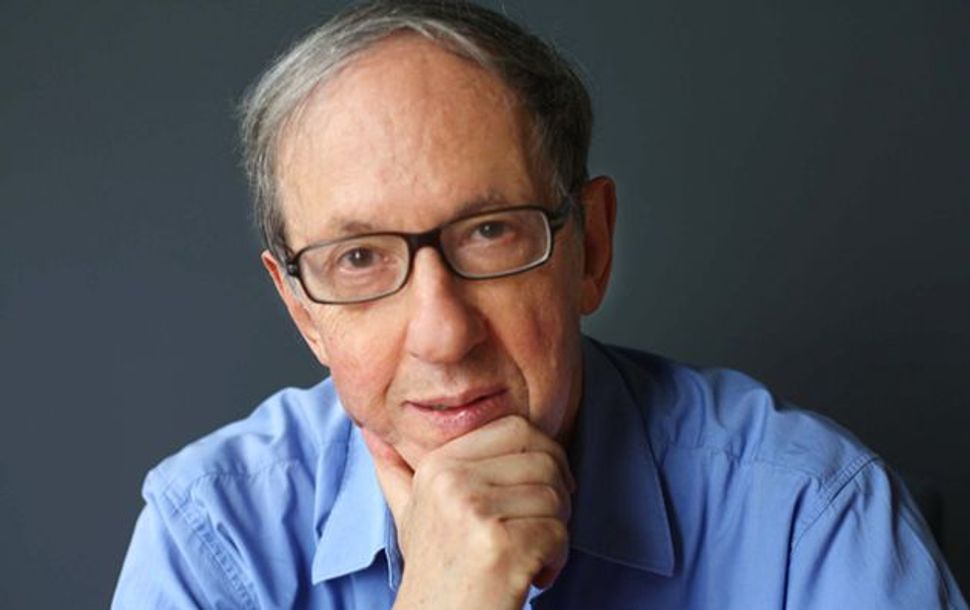 Robert Gottlieb: A man of letters who is a pleasure to read but no unique stylist. Image by Michael Lionstar

There is something poignant in reading a collection like this, one that comprises mainly long, discursive reviews of long, intelligent books about long-dead people. Our author is a notable man of letters, the former editor in chief of both Simon & Schuster and The New Yorker. The pieces, whose subjects include Bruno Bettelheim and Isadora Duncan, Harry Houdini and Katharine Hepburn, originally appeared in esteemed journals like The New York Review of Books. Ten years hence, will there be such men? Will there be such journals?

Some genres seem pretty sturdy: One imagines there will always be a market for short stories and novels, for long-form reportage, for the shorter book reviews (the length of this one, say). But the 5,000-word review, in which the author is liberated to stray from the book at hand and take his own intellect out for a walk? I suspect the market for such writing is bearish. To get a sense of what will be lost if the market crashes altogether, go read old collections by Elizabeth Hardwick, Cynthia Ozick or Joan Acocella. Not only do these formidable but accessible critics do you the ultimate favor of empowering you to discuss the book at hand without actually reading it, but they also combine a passionate attachment to literature with a casual, frisky outlook on authors. A good book might last forever, they seem to say, but its writer is always human. The critic is not allowed schoolgirl crushes. Rigor, wit, even gossip — but no gushing.

Like the greats, Robert Gottlieb is a pleasure to read, a good synthesizer, broad-minded and curious. But he is not a unique stylist, and he offers no fresh or eccentric perspective. He is amiable and highly competent, but that argues against collecting his works between hard covers. Then there is the problem of concentration. Collections reveal the extent to which we all recycle ideas and tropes, building our own cabinet of clichés. In Gottlieb’s case, these include the adjective “acerb” — used at least three times — which means, according to my dictionary, “acerbic.” Another Gottlieb habit is to chide biographers for printing prurient tidbits about their subjects while at the same time reprinting, and thus further spreading, the lurid gossip. Here, some examples are required, if only so I can engage in the postmodern game of quoting him quoting others, and so be the third to defile these graves, after the biographer and Gottlieb.

Reviewing a biography of dancer Margot Fonteyn, Gottlieb quotes the biographer quoting a lover who said, of Fonteyn’s vaginal muscles, they “are so strong that she can activate me on her own accord.” Gottlieb then tut-tuts: “But did the world really need to hear such things about a woman who was famously reticent and fastidious, and whose family and friends will presumably be reading this book? I don’t think it’s prudery on my part that makes me recoil, on Margot’s behalf, from this gratuitous invasion of her most private life.” This is like beginning a sentence with, “Not to be a gossip, but….”

In his review of Francine du Plessix Gray’s memoir of her parents, “Them,” Gottlieb uncharitably cites her description of her father’s bathroom: “I never observed any object in the least associated with sexuality or sexual enticement — except just once, when I was in my late teens and saw, pathetically curled up in a neat heap, a little yellowish condom, clearly unused.” Gray had a perfectly miserable childhood, and the book under review is her attempt, however flawed, to understand her neglectful parents. Here is Gottlieb’s pissy dismissal: “What can it mean that she has felt it incumbent on herself to share that little condom with the world?” What can it mean that Gottlieb is so vexed by it?

There are more examples that testify to Gottlieb’s intolerance of the prurient interests of others, revealing nothing more than his own prurient interests. Suffice it to say that one such passage involves Hepburn’s sexuality and another involves the expression “ectoplasm presumably issuing from her vagina.”

I was grateful for these passages, which relieved the fear and trembling that would overcome me in the middle of yet another essay about a forgotten female artist of the 19th or early 20th century: Tallulah Bankhead, Sarah Bernhardt, Eleonora Duse, Judy Garland, Lillian Gish (who, I realize, did great work into the Reagan years). I confess that I am not the audience for such remembrances, which would have to be far more vigorous, catty or acerb to reel me in.

In the end, the proportions are just off. Any collection will have its good stuff and its bad stuff, and here there is just too much of the latter. That means the book should have been shorter. But there are some terrific pieces here, and they are the ones in which Gottlieb hops off the silent-film-era nostalgia train and gets his spats dirty. His review of Renata Adler’s book about The New Yorker, a book in which Gottlieb is personally implicated, is brutal and a great treat to read. (Full disclosure: Adler once dialed a wrong number and called me by accident. Seriously.) His attack on Richard Schickel’s biography of Elia Kazan is actually a roundabout defense of Kazan’s autobiography, which Gottlieb edited. That’s just the kind of serious conflict of interest that makes for some serious page turning. Settle those scores!

Not long ago, I reviewed another underwhelming book, written by the erudite, half-Jewish Daniel Menaker, another big man of publishing. That book was ostensibly about the art of conversation, but it got good only when Menaker got gossipy about the publishing world. There exist editors who are unusually gifted writers; my old editor Paul Elie, for example, wrote a beautiful book about midcentury Catholic writers. But in general, what the world requires from late-career publishing pooh-bahs are candid, irreverent books about the people they knew, loved or loathed. The more vaginal ectoplasm, the better.

Mark Oppenheimer writes the Beliefs column of The New York Times. His memoir, “Wisenheimer: A Childhood Subject to Debate,” is just out in paperback from the Free Press, and he blogs at markoppenheimer.com.