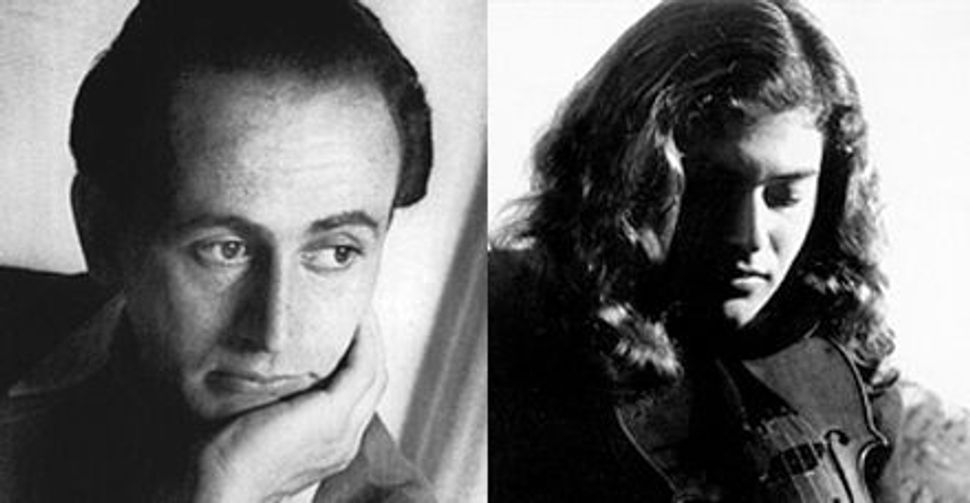 To honor the lovers’ letters between Paul Celan and Ilana Shmueli, this review is conducted as a written conversation between two of our reviewers who are (married) lovers.

Widely considered one of the most important postwar European poets, Paul Celan wrote poems that are abstract and dense, angular and dark. His poetic sensibility was formed, to no small degree, by a poet’s experience as a survivor of the Holocaust. Celan’s brief relationship with Israeli writer Ilana Shmueli both predates and postdates that time: The two knew each other as youngsters in Czernowitz, Romania, and became reacquainted when they were in their late 40s during Shmueli’s visit to Paris, where Celan lived. What ensued were a love affair and a deep friendship. In an interview with Shmueli, included in this book, Norman Manea poignantly remarks that this correspondence was “a dialogue that was no dialogue and yet was more than a dialogue.” Through their exchange, the reader becomes privy to the inner world of the poet and to the struggles — intellectual, physical and emotional — leading up to his suicide, in April 1970. 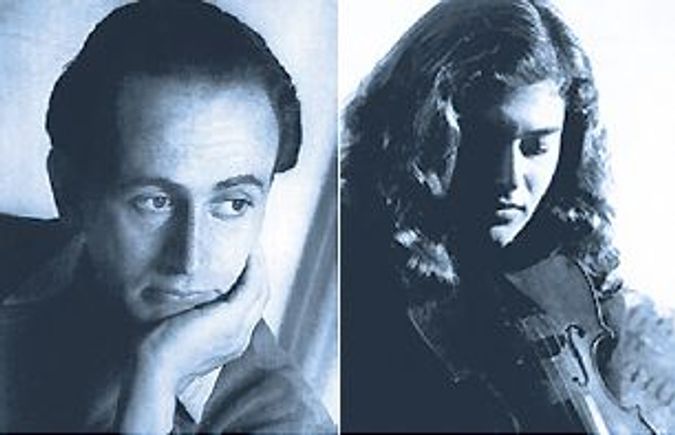 Celan and Shmueli: Pre-eminent poet of the German language post Holocaust and his childhood friend and late-life lover. Image by COURTESY OF SHEEP MEADOW PRESS

Jake Marmer: For me, the question is what drew Celan and Shmueli together. Both were married (“as I wear the ring shadow, / you wear the ring” he writes in one of the poems). Celan’s letters often dip into darkness: depression, illness, hints at impotence and explicit mentions of amnesia. Shmueli goes through bouts of desperation and extreme neediness. He in Paris and she in Jerusalem, their romance — if it can even be called that — exists more in their imaginations and letters than in actuality. One hundred and thirty-two letters span almost three years, during which the two spent barely a cumulative 20 days together. Yet, as Shmueli admits in one of the letters, the relationship gives her an “absurd joy in living” the likes of which she has never experienced before. He, too, not only openly professes his love, but also dedicates a number of poems to her. What did they want from each other?

Shoshana Olidort: Both Celan and Shmueli are weighed down by intense feelings of longing — for the lost world of their youth in Czernowitz, for a sense of meaning and belonging in their adopted homelands, and for each other. Shmueli puts it plainly when she writes to Celan: “I need you — and need you very much.” Their love affair allows them both to indulge in longing: endless talking about themselves, their pleasures, pains, fears, hopes — small and great. And the hope is that the other is listening and will understand.

But perhaps what really drew the two together was something else entirely. Celan wrote his poems in the German that was his mother tongue, and also that of his mother’s murderers. In his Bremen Prize speech, Celan famously said that after Auschwitz, “only one thing remained reachable, close and secure against all losses: language.” Shmueli, also a Holocaust survivor who wrote in German, recognizes the limitations inherent to language, as when she writes to Celan that, having received his poems, she “can hardly write about it… can hardly say thank you. I would have to have another language for that.” Language, then, is all that either one has, and at the same time, it falls short, for both.

J.M.: It’s hard to believe that Celan truly believed that language is indeed “secure.” In his poetry, it is almost as if he’s purging words of their common usage, trying to make something new:

The trumpet passage
deep in the glowing
vacant text,
at torch height,
in the time-hole:
listen in
with the mouth.

Here, in “Die Posaunenstelle” (usually translated as the “The Trumpet Place” but, in John Felstiner’s translation, as “The Shofar Place”), he pushes the reader into his text, twisting our notions of bodily senses so that anyone reading the poem, pondering the meaning of “listening with one’s mouth,” does just that.

The letters in this volume are fascinating, because you really get a sense of Celan’s everyday thoughts and of conversations that reside behind the complexities of his writing.

We find that much of his suffering and depression has to do with how his poetry is received: “I have to hold out with my poems… standing by them is my struggle, my fate.” Moreover, he writes less than a month before his suicide, “My poems allow me for moments, precisely when I am reading them, a possibility to exist — to stand.” What does poetry promise him? Something as simple as being heard? The possibility of rebuilding his self-esteem through his work? Or a more metaphysical belief in the world’s redemption through his poetry?

S.O.: I’d agree, Celan hardly believed that language was “secure.” For him, it had an extraordinary force. In one letter, Celan entreats Shmueli: “Place your thoughts and wishes in front of you, so I can touch them, my hands still have memory and some language too.” Celan felt that language, to be meaningful, must be viscerally experienced. This is compounded by the fact that the Celan-Shmueli relationship was dependent entirely on the written word. Where words fail, Celan sought other forms of communication, as in a letter to Shmueli that ends:

Talking to is also touching.
With hands wandering over you.

In terms of what Celan was hoping for, he yearned to be understood. And such understanding would inevitably elude the poet. But I think it’s not too much of a stretch to say that he saw his poems as somehow redemptive — of the German language, and of language more broadly.

To return to the question you opened with, I do wonder whether this relationship was, in fact, of deep significance to Celan. For Shmueli it seems to have been truly transformative, but had he lived, would Celan have remembered her?

J.M.: If he did, I think it would be for two reasons. One, his relationship with Shmueli was also a relationship with his Jewishness: “What brought us together…. Your face, Ilana. Your Jewish face.” He takes a keen interest in Shmueli’s experience of Israel. Shmueli, when greeting him on his 49th birthday, points to the fact that 49 in the Jewish calendar heralds the forthcoming yovel, or jubilee, slyly adding, “I hope you know the meaning.” “Jubilee year” symbolizes redemption — slaves and servants go free, debts are forgiven — and that’s what she’s probably hinting at. Her words probably meant a lot to Celan, who so often felt enslaved by the trauma he lived through. One of the greatest things about this collection is their conversations about Jewishness, because in his poetry, Celan often avoided direct references to all things Jewish. In one letter, he writes that his “Jewishness is something less thematic than, rather, pneumatic.” A certain invisible but discernible aura.

But also, Shmueli was Celan’s muse: Most of the poems in the letters refer to shared experiences, and at times he even incorporates words and phrases from her letters. And consequently she feels she is contributing to his efforts: “I could co-write — somehow that happens too, wordlessly.”

S.O.: Yes, there is the Jewishness, and yet is it really there? Celan calls his Jewishness “pneumatic,” but this obsession with Shmueli’s Jewish face smacks of a kind of fetishization. And so, too, his constant questions about the state of affairs in Israel. Or, perhaps a neediness on Celan’s part to identify Jewishly in order to reach a sense of belonging. Indeed, one gathers from these letters a sense of Celan’s search for belonging and that his interest in Jewish matters stems in large part from this need. In one letter, Celan writes: “I am struggling through it, you know that it is a Jewish struggle. I am standing.” The struggle, however, is entirely his own; that he calls it a Jewish struggle is an attempt to ease his pain. After all, to participate in a national struggle is far more bearable than to struggle alone, which, ultimately, is what Celan was left to do. Elusiveness was a symptom of Celan’s struggle — not something he strove for.

Shmueli symbolized for Celan possibility and hope. But in the end she could not come through. Nobody could save Celan, not even Celan himself. For him, drowning in the Seine was the only possible salvation. That, and his poetry. In a letter written a little more than a month before his death, Celan writes to Shmueli, a “dear fellow stammerer,” not to “strike out any words in your letters,” to “let them come out of themselves, let them go, set them free, that way they will carry you across, with your entire you-being.” For Celan, this is what it meant to write poetry: to have the words set him free, to have them carry his weight, his entire being, across, but where to? “A poem, as a manifestation of language and thus essentially dialogue,” Celan wrote, “can be a message in a bottle, sent out in the — not always greatly hopeful — belief that somewhere and sometime it could wash up on land, on heartland perhaps…. ”

Husband and wife Jake Marmer and Shoshana Olidort are writers who live in New York with their son, Lev.