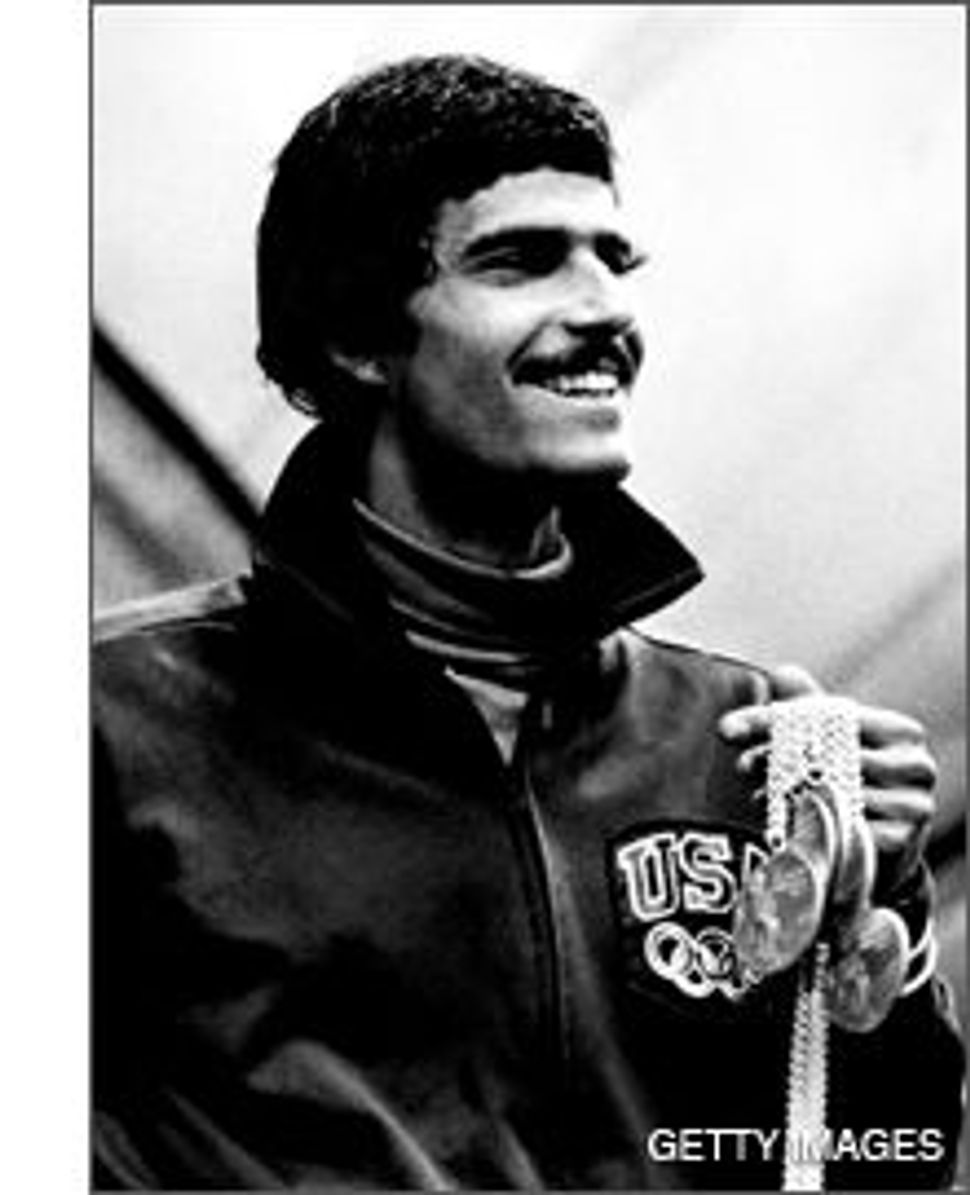 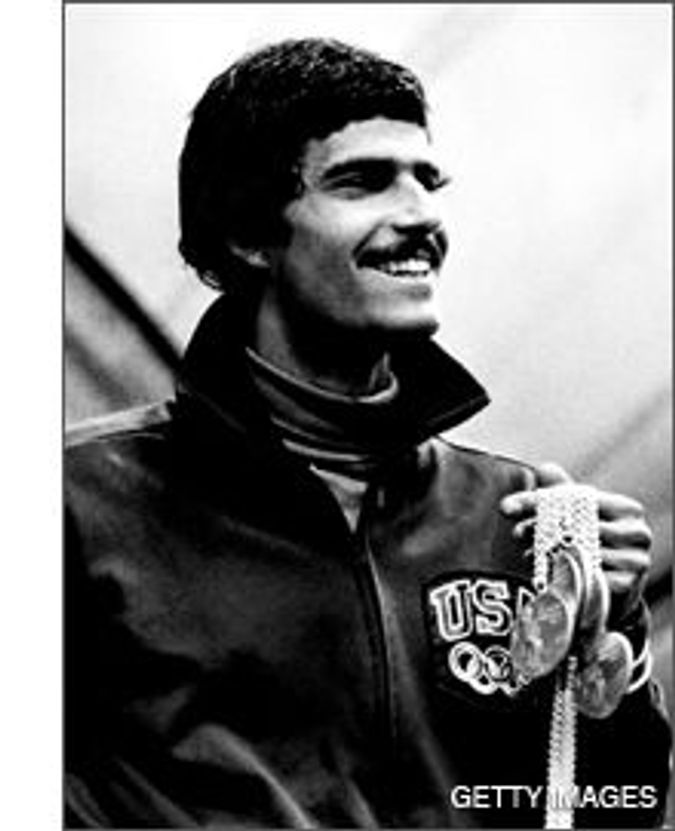 Mark Spitz — who is “considered the Greatest Olympic athlete of all-time” and “is synonymous with excellence,” according to his Web site — may be about to have his record of seven gold medals in a single Olympics, set during the 1972 games, broken by fellow American swimmer Michael Phelps.

Spitz, who is possibly the greatest living Jewish sports legend, has been pouting over the fact that he wasn’t officially invited to the Beijing Olympics.

“I never got invited. You don’t go to the Olympics just to say, I am going to go. Especially because of who I am,” Spitz,58, told AFP.

“I am going to sit there and watch Michael Phelps break my record anonymously? That’s almost demeaning to me. It is not almost — it is.”

Much is being made now of Phelps’s possible eclipse of Spitz’s gold-medal record. With three gold medals, and three world records already under Phelps’s swimming cap this Olympics, Spitz may just have to grin and bear it (which should be easy, since he currently promotes Botox). Fortunately, he’s humble about the whole thing, saying of Phelps:

“He’s almost identical to me. He’s a world-record holder in all these events, so he is dominating the events, just like I did,” Spitz said. “He reminds me of myself.”

Who knows, Spitz may even find a way to weave all this into his motivational speeches — perhaps even before Jewish audiences.

But don’t expect to see the elder champion rooting for Phelps on Saturday, August 16th, the day the Beijing 2008 star may win his 7th and 8th gold medals at the Water Cube. Spitz will be busy cheering for his 16-year-old son, who is competing in basketball in the Maccabi Games at a venue just a tad less glamorous — the JCC of West Bloomfield, Mich.