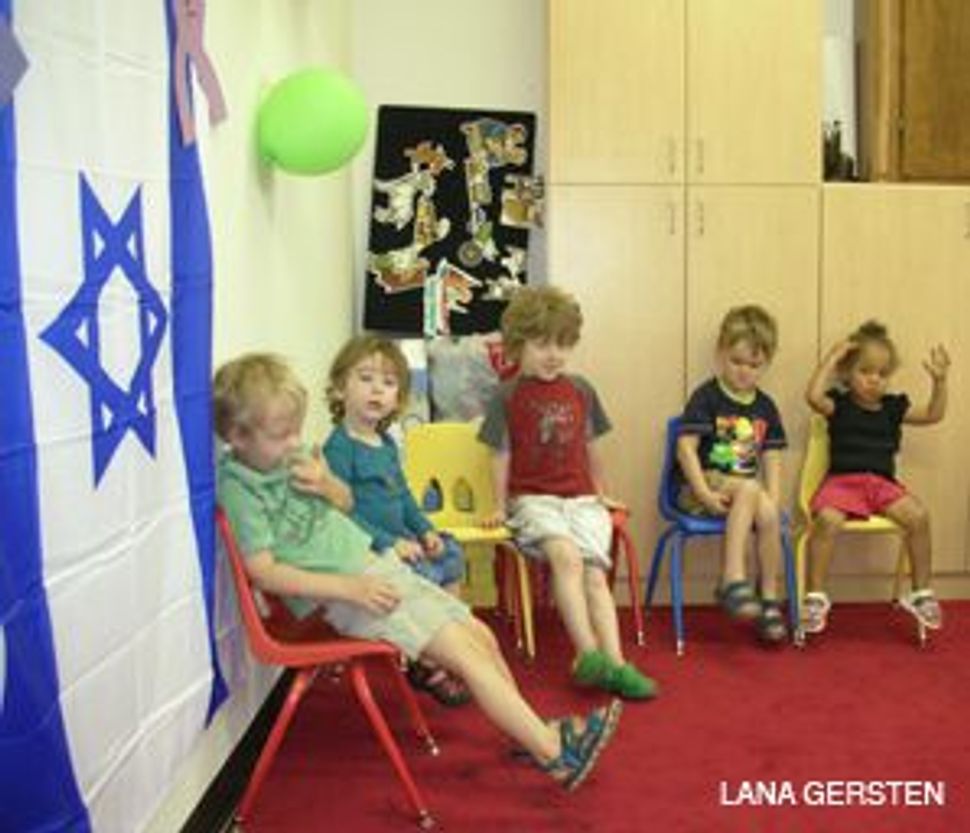 STARTING YOUNG: Preschool students at Gan Gani do all their activities in Hebrew, including play time.

For Etty Dolgin, longtime director of Chicago’s Con-servative-affiliated Moadon Kol Chadash supplementary school, it didn’t make sense that religious schools typically waited until second or third grade to start teaching Hebrew.  “Why are we waiting till they’re 7 or 8?” she asked. “After all, they learn so much better when they’re younger, and they have more time.” Out of this theory grew Gan Gani (“my kindergarten”), a preschool that focuses on Hebrew language immersion. 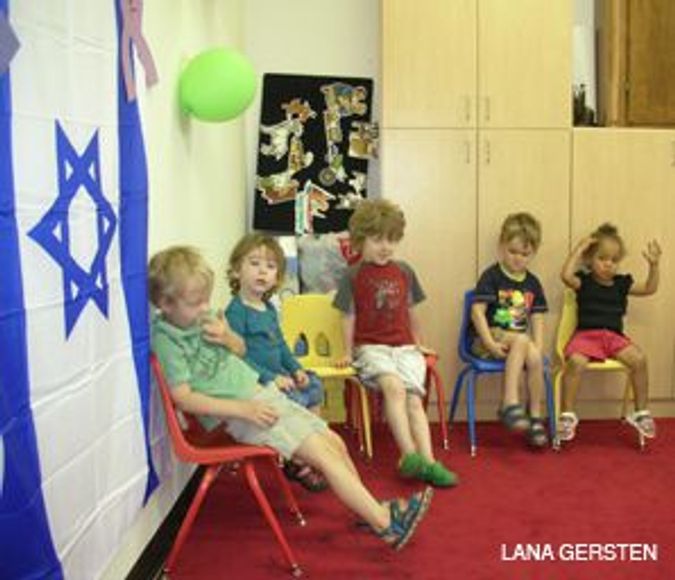 STARTING YOUNG: Preschool students at Gan Gani do all their activities in Hebrew, including play time.

What started at Moadon Kol Chadash as an experiment in 2002 with five children has now grown into a full-time preschool running five days a week for three hours a day.  For the coming academic year, 35 children, aged 2 to 4, are already signed up, and more are on a waiting list. As another measure of the program’s success, numerous cities have expressed interest in using the Gan Gani model to create similar preschools in their own communities.

“In most other situations where there is a large population of Israeli families, the community organizes an Israeli preschool in order to provide their children with the kind of education they got,” said Dolgin.  “This is probably one of the only schools that encourages the families whose Hebrew is not spoken at home to expose their youngsters to the opportunity to learn Hebrew as early as the age of 2.”

A typical day at Gan Gani includes activities such as singing, reading, arts and crafts, lunch and scheduled play time. All of it — including books read to the class and directions given to the kids — is in Hebrew. To ensure the quality of the program and to expose participants to the Israeli accent, all teachers are native Hebrew speakers.

Debra and Adam Natenshon grew up in the Chicago Jewish community and spent years attending Hebrew schools and Jewish summer camps, but like most American Jews, neither of them retained any Hebrew. They were thrilled to find that their 2-year-old son, Gabriel, responded well when his Mexican nanny spoke to him in Spanish, so once they heard about Gan Gani, a preschool that would blend Hebrew language with social interaction, they could not pass up the opportunity. “My husband and I don’t speak Hebrew, but for him to hear it from native speakers — it’s an advantage we can’t give him,” said Debra.  “He’ll learn Hebrew in a way that’s fun and loving and surrounded by other kids.”

For Gan Gani teacher Rachel Talmor, the topics covered each week — including body parts, colors and family — are all connected and built upon knowledge the children have already acquired, which makes it easier to understand.  At Gan Gani, everything that is said is reinforced through movement, song and repetition, and Hebrew language is blended with activities that improve fine and gross motor skills.

“I cannot emphasize the language and not show them how to hold a pencil correctly,” Talmor explained.  “It’s a holistic approach.  We work on all those skills because it’s part of the development.”

What happens to children who finish Gan Gani’s preschool program? This year, a dozen 4-year-old alumni who are moving on to either Jewish or secular preschools and kindergartens will come back to Moadon Kol Chadash in the afternoon to continue the Hebrew-language track they have already begun.