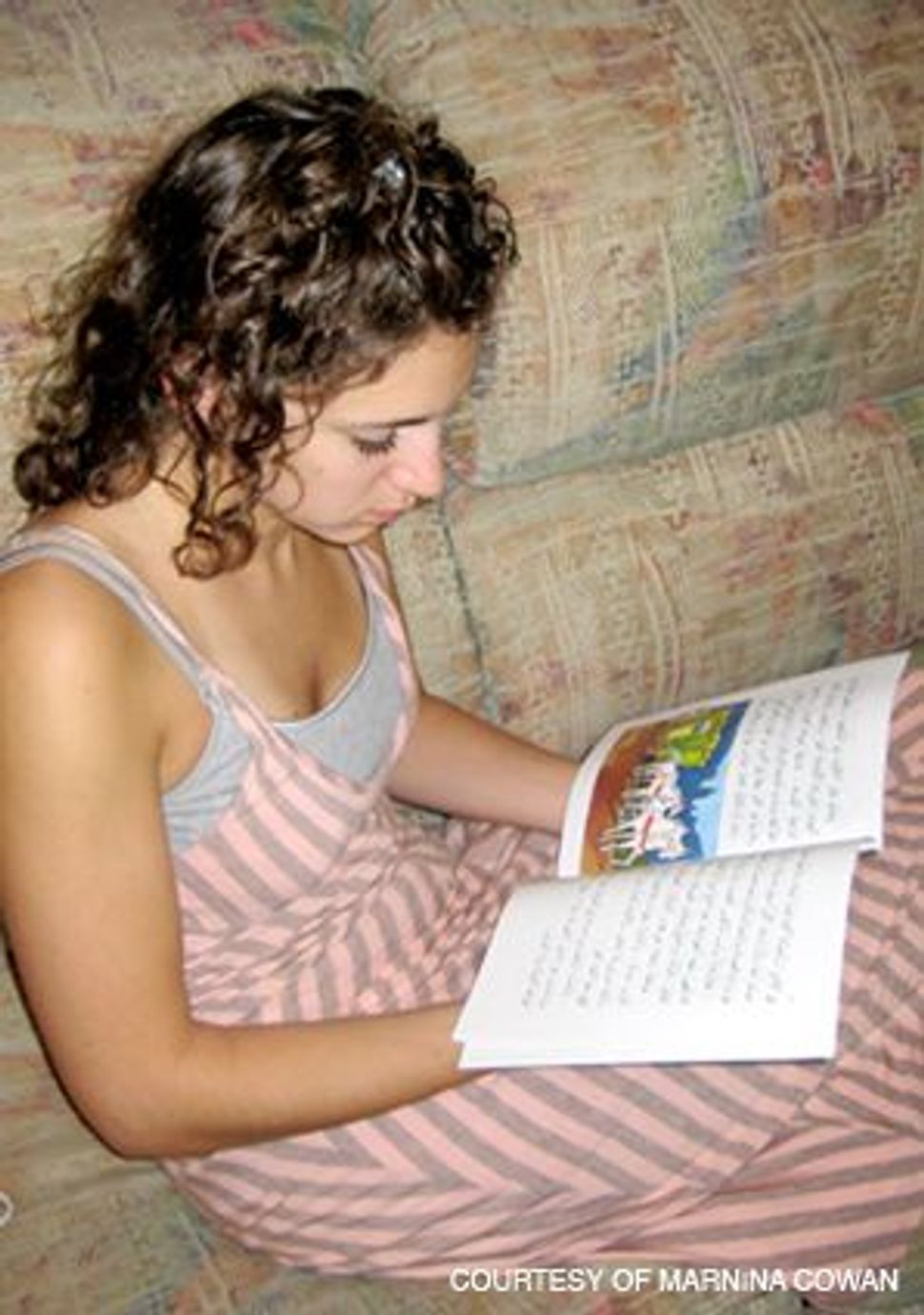 PROMOTING COEXISTENCE: Brandeis student Marnina Cowan said, ?I believe that you develop different relationships with people if you speak their own language.?

After befriending a Palestinian from Ramallah in high school, Tahl Mayer — whose parents are Israeli — decided that he wanted to study Arabic in college. “It’s very important to learn languages,” he said, “because they help bridge the gap between cultures.” 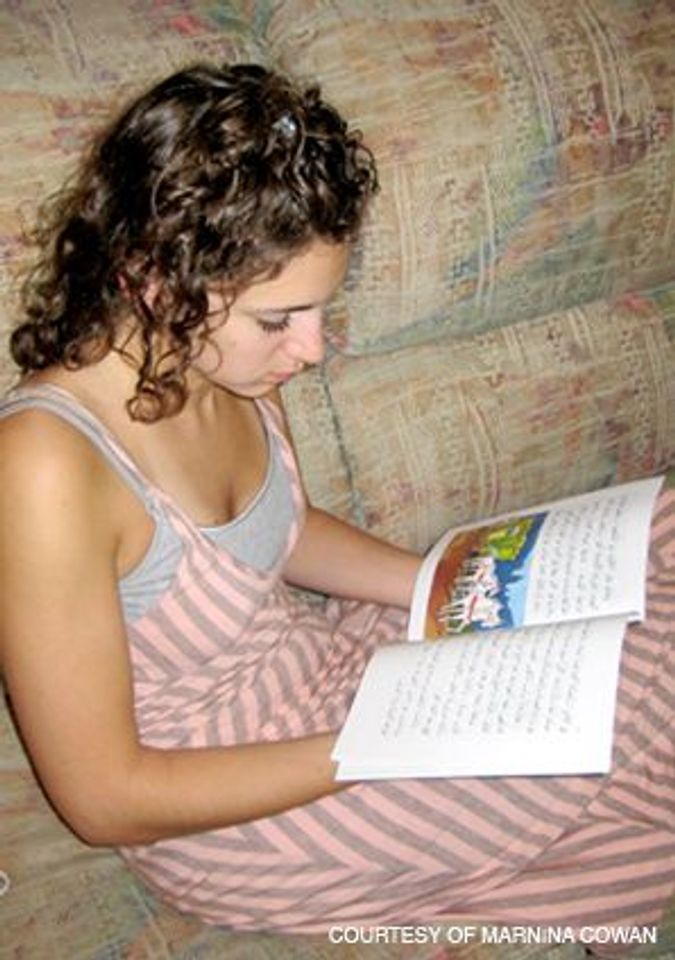 PROMOTING COEXISTENCE: Brandeis student Marnina Cowan said, ?I believe that you develop different relationships with people if you speak their own language.?

Mayer is hardly alone: An increasing number of Jewish students are studying Arabic in college, for a variety of reasons.

These students reflect a growing trend seen at many colleges across the country, following the attacks of September 11, 2001. The Modern Language Association reports that the number of colleges offering Arabic classes almost doubled between 2002 and 2006, to 466 from 264. At the time of the survey, in 2006, there were 23,974 students taking Arabic in America, representing a 126.5% increase since 2002. This made Arabic the 10th most popular language on campus, ahead of both biblical and modern Hebrew (12th and 14th, respectively).

As the total number of Arabic students rises, so, too, does the number of Jewish students who forgo the once-typical Spanish or French classes to study Arabic.

“We are experiencing this trend, believe me. We have over 200 students studying Arabic — we have the largest Arabic program on the East Coast — and we have many Jewish students in our Arabic classes,” said Paul Sprachman, vice director for the undergraduate division of the Center for Middle Eastern Studies at Rutgers University.

At Brandeis, where Hillel estimates that 40% of the total student body is Jewish, Vardit Ringvald, director of the Hebrew and Arabic Languages Program, estimates that 60% to 80% of Arabic students are Jewish, including both American and Israeli Jews. When teaching Arabic grammar, instructors keep in mind that many students have knowledge of Hebrew prior to taking Arabic. Although the 600 students who take Hebrew each year at Brandeis dwarfs the 70 to 80 who study Arabic, Ringvald says that the latter number is growing. In recent years, Brandeis has hired a second Arabic instructor, on a part-time basis, to meet the growing demand.

While some students chose Arabic simply to fill the language requirements that many schools have, students are also learning Arabic for a host of other reasons.

McDermott cited the current political climate as a motivator for Jewish students: “When I started teaching at Barnard in 1994, all the Jewish students were studying Israel and Hebrew. After 2001, an increasing number chose Arabic instead of, or in addition to, Hebrew as the language for their major.”

One reason that Arabic is becoming increasingly popular is that Arabic speakers are in demand in the workplace. Edward Djerejian, America’s former ambassador to Syria and Israel, told the House Appropriations Committee in 2004, on behalf of the U.S. Advisory Group on Public Diplomacy for the Arab and Muslim World: “An effective public diplomacy campaign requires well-trained staff with an in-depth knowledge of the culture in target countries and fluency in local languages. Since 9/11, especially, it has become clear that training, knowledge and fluency are all sorely inadequate. Additional professional staff for public diplomacy dedicated to issues of the Arab and Muslim world is urgently needed.”

It is likely that Jews will fill some of these positions. Khalil Tahrawi, a senior lecturer in the Teaching Language Center at Johns Hopkins University, said of his Arabic classes: “The most diligent and hardworking people are the Jewish students. They get good grades each semester, and have high interest. They want to know what’s going on in the Middle East.” He estimated that Jewish students make up at least 15 of the 100 or so students taking Arabic at Johns Hopkins.

One Jewish student learning Arabic in hopes of using it in his career is Max Friedmann, a soon-to-be sophomore at Stanford University. Friedmann said that Jewish students “surprisingly” made up about half of his Arabic class. When deciding which language to take, he said, he considered Chinese but ultimately decided upon Arabic, in part because he “was interested in the Middle Eastern conflict and wanted to help people.”

Many students study Arabic in the hopes of promoting coexistence. Marnina Cowan, a rising junior at Brandeis, learned Hebrew at the Jewish day school she attended for 13 years. “I didn’t know much about Arabic until I went to Israel and got to see the way the Palestinians were living, and [to] speak with some Druze,” she said. “Once I was introduced to Arabic, I realized what I wanted to do with my life: work with Israelis and Arabs to find some basis for tolerance through the use of languages, by communicating with the Palestinian Arabs and Israelis in their own languages. I believe that you develop different relationships with people if you speak their own language.”

But not all schools are experiencing growth among Jewish students studying Arabic. Christopher Stone, associate professor and head of the Arabic division at Hunter College of the City University of New York, wrote in an e-mail: “The majority of our students are Arab American and Muslim American. We certainly have Jewish students taking Arabic, but not in large numbers.”

In a similar vein, UCLA’s Fishbein wrote in an e-mail, “Overall, I would say that [Jewish students] are a fairly small minority… I wish I could say that there is a trend.”

The number of Jewish students taking Arabic has also remained small at Yeshiva University, which has offered the language since 1937 and also offers an Arabic minor. Richard White, a Y.U. Arabic instructor, said that the reason for this is that the school leaves little room for electives: “If it’s not required, the students are less able to take it.” Just a handful of Y.U. students study Arabic each semester, and White noted that some of them study medieval or classical Arabic so that they can read Maimonides in the original form; modern Arabic, he noted, “may not necessarily be of much use” to his students.

Nonetheless, Arabic’s popularity continues to rise among Jewish students nationwide. Aaron Karako, a rising junior at George Washington University, has been studying modern Arabic for two years. He plans on using his Arabic when he studies abroad in Jordan in 2009, as well as after graduation, when he plans on teaching English in the Middle East: “Hopefully I’ll get to utilize my Arabic skills,” he said.

Tahl Mayer, now a soon-to-be junior at Brandeis, continues to focus on the language. He furthered his studies by taking an immersion program at Middlebury College’s Arabic Language School last summer. He said that of more than 100 students, about eight were active in Hillel with him and perhaps 10 others were also Jewish. These Jewish students included a woman he described as “Modern Orthodox” who studied Arabic in preparation for an upcoming job with the CIA; a Jerusalemite lawyer, specializing in Israeli-Arab issues, who studied so that he could better understand some of his clients, and other college undergraduates who took the language for academic purposes.

As for Mayer, his motivation remains the same as it was when he started college: bringing people together. “Israelis and Arabs have very similar cultures,” he said. “Once you jump the language barrier, you create connections that can make life in the Middle East more bearable.”