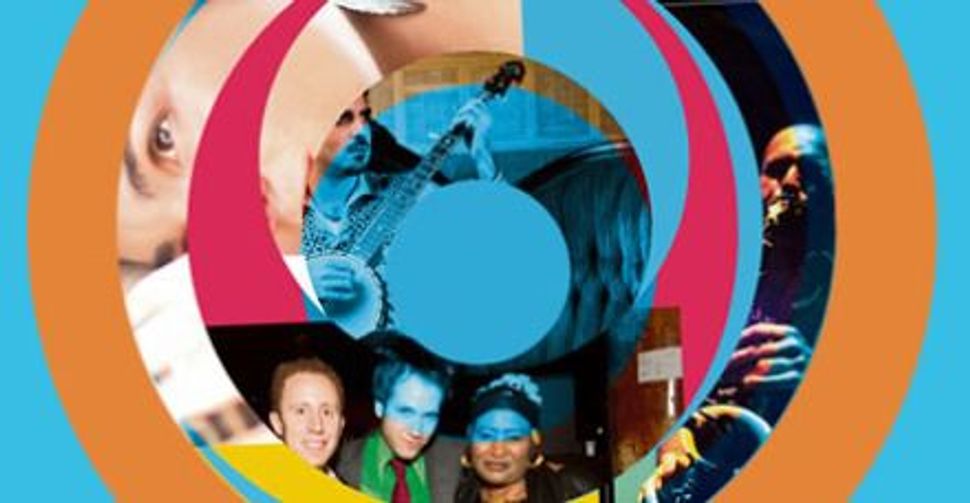 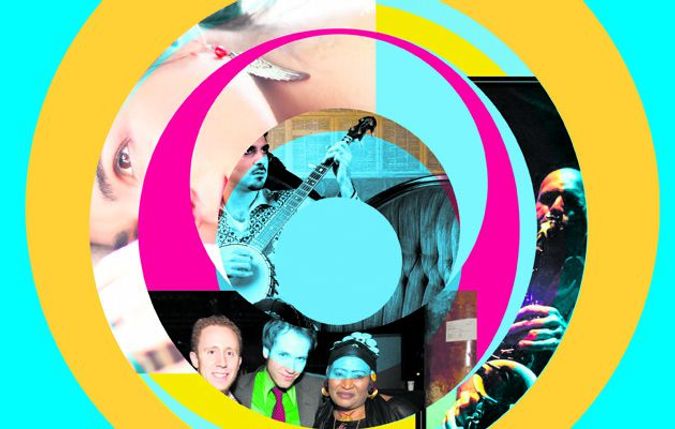 The sun set over Manhattan on July 17 as the Sephardic swing band DeLeon played a soulful cover of the Bob Dylan ballad “I Shall Be Released.” Dylan wrote about the release of his soul from his body, but that Sunday night on the rooftop of the 14th Street Y, the band sounded like it was singing about the end of its record label, JDub.

JDub initially booked the gig as the release party for DeLeon’s second album, “CASATA.” But when the Jewish not-for-profit record label — most famous for discovering the Hasidic reggae icon Matisyahu — announced abruptly five days earlier that it was closing its doors because of financial reasons, the party became a jazz funeral of sorts. 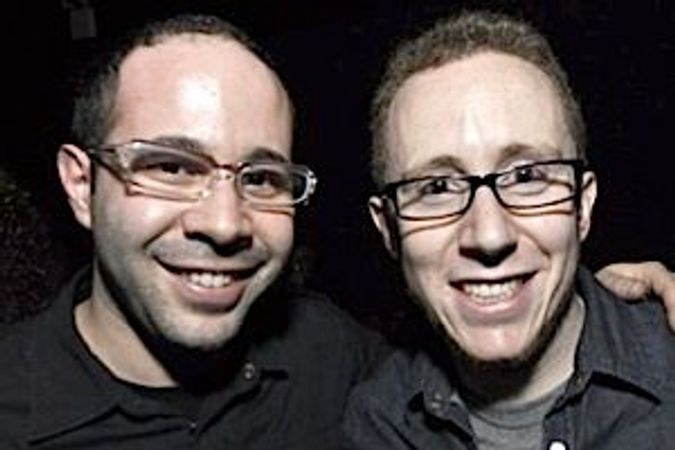 “It’s not every day you get to attend your own wake,” said JDub’s president and CEO, Aaron Bisman, who founded the organization in 2002 with his friend Ben Hesse. Bisman admitted that he had to fight back tears as DeLeon played Dylan’s tune.

The collapse of the music industry and the organization’s inability to find adequate new sources of funding pushed its board to close the label, Bisman told the Forward in JDub’s offices on July 15, three days after he laid off the nine-member staff of JDub and its subsidiary, the Jewish pop culture website Jewcy.com.

“It was clear that with any of the potential ways forward, we would no longer have been JDub,” he said. “We could not be an organization that existed just to exist.”

The surprise was heightened because JDub had just moved offices along with the book publisher Nextbook, which produces Tablet Magazine. In 2009, JDub struck a deal in which it essentially became the company’s in-house marketing and public relations department in exchange for cash and office space. Also that year, it acquired Jewcy.com for a nominal fee. With nearly 100,000 unique visitors per month at its height — most of them Jews in their 20s — JDub saw it as a potential vehicle for sponsorships and a low-cost way to market its artists.

According to Bisman and to Jacob Harris, JDub’s chief operating officer, the site had just started to bring in income, though not enough to offset costs. They are now trying to find another established publication willing to take over Jewcy, or a new funder to come in and finance it.

The closure of the record label that had been considered one of the great successes of the Jewish startup culture sent shockwaves through the Jewish communal world, as what many saw as the most stable and visible Jewish organization dedicated to reaching young Jews — outside the behemoth Taglit-Birthright Israel — fell swiftly. Its demise has reintroduced difficult questions about the state of Jewish culture and outreach, into which Jewish philanthropists are investing hundreds of millions of dollars.

The label, which drastically changed society’s conception of Jewish music, entered the communal lexicon with the 2004 release of Matisyahu’s first album, “Shake Off the Dust, Arise.” With his long beard and longer sidelocks, Matisyahu started off as something of a novelty act. But as audiences started paying less attention to his appearance and more attention to his music, Matisyahu achieved what few before him had been able to: He put committed Jews into the mainstream spotlight of pop culture.

And despite a nasty divorce from Matisyahu in 2006, JDub continued, until its last gasp, to receive critical acclaim for the wide variety of niche bands it produced and discovered. In addition to Sephardic revival from DeLeon, JDub brought the American public Israeli hip-hop (Sagol 59 and Axum), punk klezmer (Golem), Bible-inspired feminist folk (Girls in Trouble) and the post-cantorial rock of The Sway Machinery. The 36 albums that JDub produced changed the course of Jewish music.

Jewish acts had a label where they could be comfortable in their own Jewish skin: “When we started out, I didn’t have to explain to JDub what it meant that we were Sephardic indie rock,” DeLeon’s frontman, Daniel Saks, said after his bittersweet performance.

Success put JDub at the forefront of a transformation in Jewish identity building that focused less on traditional methods of Jewish education and more on using the social and cultural cues of Gen Y to help draw disaffected Jews into the community. Beyond music, JDub co-founded the Six Points Fellowship for Emerging Jewish Artists. That fellowship, which supports early career artists who are creating new work that “explores Jewish ideas and experience,” will be part of its legacy.

The Jewish world now spends an estimated $200 million annually on 600 organizations less than 10 years old, according to Jewish Jumpstart, a Los Angeles-based not-for-profit that researches Jewish startups. Supporting these startups is a cottage industry of new incubator organizations, such as the Joshua Venture Group and Bikkurim, both of which helped seed JDub.

Some view JDub’s demise as a signal that Jewish philanthropy may not be able to sustain these organizations past the startup phase. Those who run these organizations have become increasingly concerned with their inability to secure significant long-term funding, as donors, they say, are most interested in organizations when they are young, sexy and cheap, but often lose interest after they establish themselves and grow, and as operational costs increase.

That is a problem that JDub faced continually as its budget reached roughly $1.1 million in recent years, especially as donors became reluctant to fund its $340,000 general operating budget, Bisman said. With no one prepared to underwrite basic salaries and running costs, ambitious programs were difficult to sustain.

“The places for us to raise money from are honestly few and far between,” Bisman said. “Most of our grants were in the $25,000 to $40,000 range. The larger ones had huge programmatic components. When you have a budget of more than $1 million, it’s just not enough.”

Although almost all of the 28 organizations Bikkurim has incubated over the past decade remain viable, the five that closed are from the first cohorts, according to its executive director, Nina Bruder. Of the 15 organizations that Joshua Venture launched between 2001 and 2005, only a handful of them still exist on their own.

JDub saw its philanthropy pool start to dry up. One major funder, the San Francisco-based Richard and Rhoda Goldman Fund, announced its closure when its benefactors died. Several other foundations simply did not renew their grants, according to Bisman. And finding new money was difficult, because even though many agreed with JDub’s underlying mission, they did not see the value in carrying it out through music.

What is frightening for not-for-profits is that JDub seemingly did everything right. The label’s initial business plan called for the organization to be funded half by philanthropic investments and half by proceeds from record sales — a diverse revenue base preached by management gurus. And when the record industry collapsed, the organization sought further diversity in the Nextbook tie-up.

Unlike other cultural projects, such as Heeb, which declined gradually over several years before stopping its print edition in 2010, JDub fell fast. Bisman says he first knew in early spring that the organization was in trouble. He drew up 12 different business plans and then worked for two months with a consultant to find yet another alternative, yet none would allow for JDub’s survival.

The closing has provoked a public outpouring on Jewish blogs and in op-eds. Privately it has stirred debate about whether a sea change is happening in the Jewish community. And the issue runs deeper than funding, according to Jonathan Sarna, chairman of the Hornstein Jewish Professional Leadership Program at Brandeis University and an expert in modern American Jewish history.

“We have moved from a moment when we thought there was a great deal of revival, and people seemed to be moving toward an interest in religion and religiosity. And that moment has passed, and now there is a shift back to the secular,” Sarna said. “Today, I think a lot of young people [in the JDub demographic] are those who have thrown off religion and not those who have taken it on. And that wasn’t true when JDub began. It suggests a new moment, and a moment I worry about.”

Jacob Berkman is a writer specializing in religion and philanthropy. His blog, The Rising Tithe is at philanthropy.com.