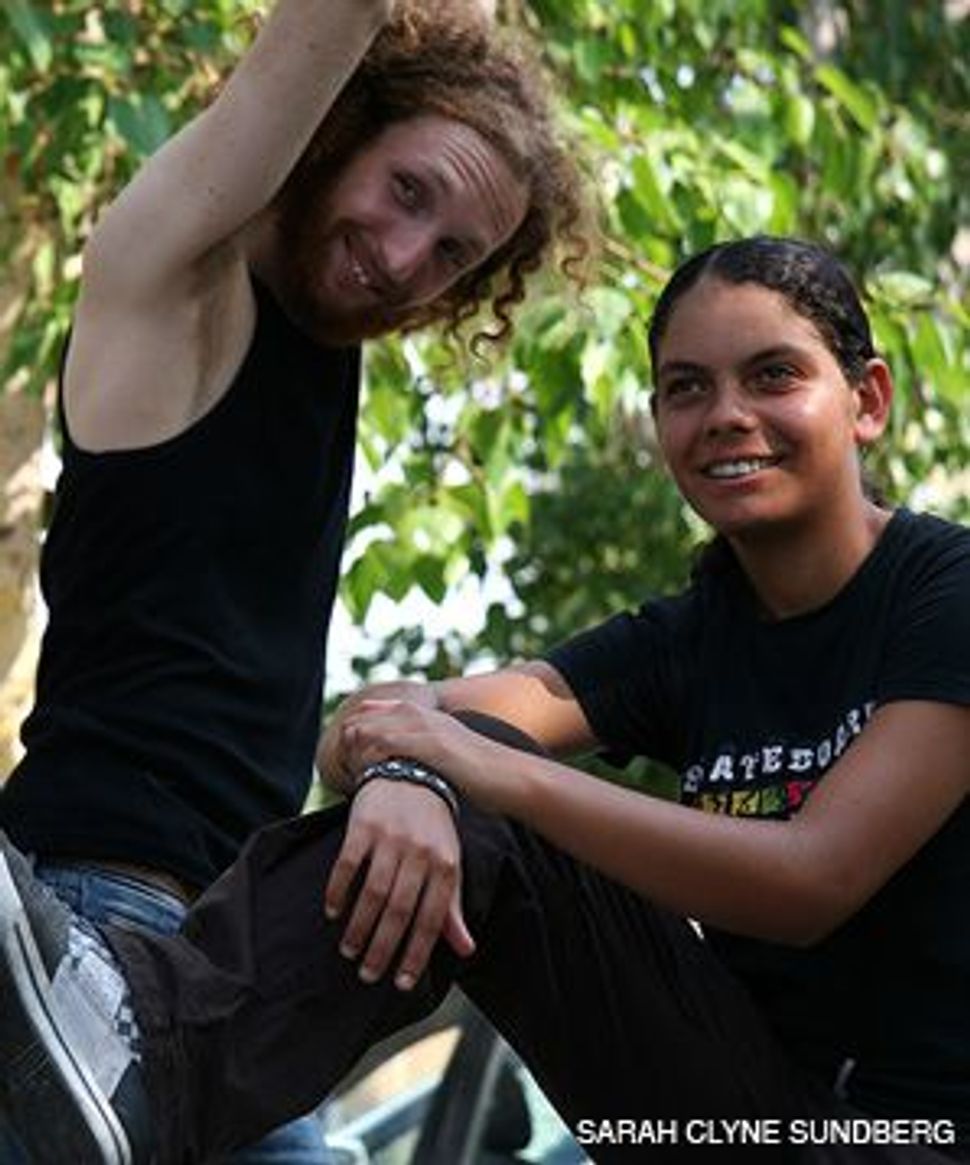 Jaffa is one of the few places in Israel where Jews and Arabs live side by side in relative harmony. This is not to say all is rosy. Bulldozers regularly demolish homes to make way for luxury developments. It’s a city permeated in equal measure by coexistence, gentrification and the Israeli-Arab conflict. 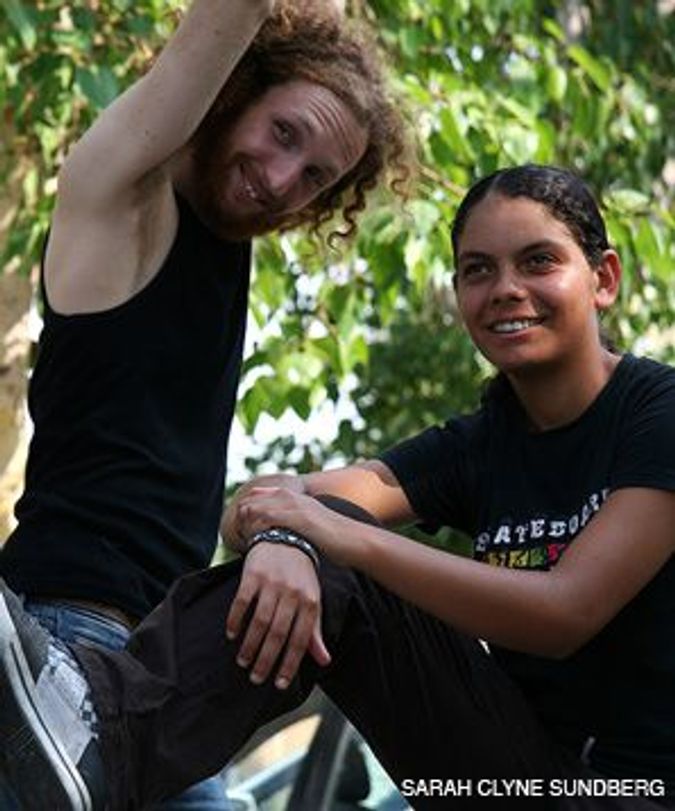 At a recent performance at the Tel Aviv bar Levontin 7, 17-year-old Amne Jarushi, one of the band’s emcees, took over the microphone. Her commanding voice sent a thrill through the audience. Her mother, in traditional hijab, clapped in time with the beat. She looked at her daughter with obvious pride, then turned to ruffle the hair of a young Jewish photographer.

Before 1948, Jaffa was a major Arab metropolitan center. It was also the port of entry for many Jewish immigrants. After the battle over the city, most of the Arab majority fled or was driven out. Jewish soldiers and refugees were told to pick an empty home and move in.

“When I first came to Jaffa, I had many questions about what it means to be an Ashkenazi Jew living in this city and in Israel in general,” said Neta Weiner, 21, an accordionist born in northern Israel. “The answers weren’t easy.”

“Bait natush” means “deserted house” in Hebrew. It is also the title of one of System Ali’s songs. It opens with a verse written by Israeli musician Yehuda Poliker in 1988. In it, a Jewish refugee sits on the roof of a deserted Palestini an home in Jaffa in 1950, writing a letter to the wife he left behind. While Weiner sings Poliker’s text, Jarushi’s rap thunders in. She tells of the murder, drugs and poverty that plague Jaffa’s Arab community today.

“Poliker’s song is very much the story of my family here,” Weiner said. “The man on the roof might have been my grandfather. Amne’s verse is part of the same picture. That is why it is one of my favorite songs of ours, in terms of meaning and the connection between us.”

One theme in System Ali’s songs is the amnesiac tendencies of Israeli society. “If you tell me I am the past, I will tell you I am the future,” Mhamad Aguani, 21, raps. Enver Seitibragimov, 20, another of the group’s vocalists, emigrated from Uzbekistan as a child. He tells of having his past and his language blotted out by a culture in which he is still not entirely at home.

The group came together under the auspices of the youth organization Sedaka Reut, which works out ofthe bomb shelter where the players rehearse. Some members came as teachers, others as students.

Each member raps in his or her mother tongue. In a country were language is highly political, this did not come about without friction. “Mhamad did not want people to sing in Russian,” Weiner said. “He said: ‘You’re probably talking about me. This is not even your neighborhood.’” Seitibragimov, meanwhile, didn’t understand Arabic — at least not initially.

“At the beginning we had clashes, but there was a lot of respect, which turned to love, which is what kept the band going, I guess,” Weiner said. “We still have clashes, but good stuff comes out of them.”

Sarah Clyne Sundberg is a writer and editor who lives in Brooklyn..