Scholar Probes the Way (and Not the Why) of Judaism 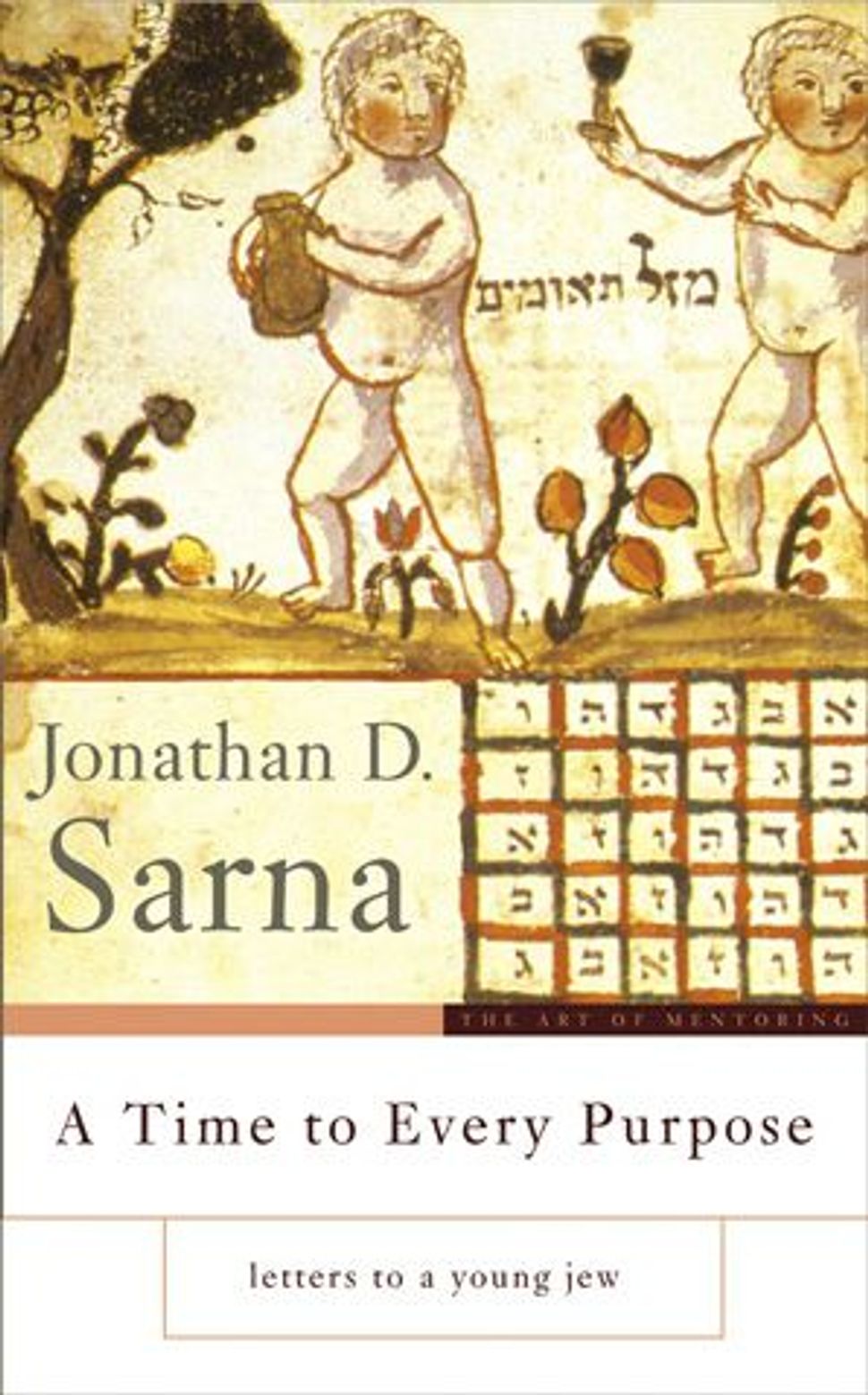 Jonathan Sarna, the Brandeis University scholar known best as a historian of American Jewry, departs from his usual field in his book “A Time to Every Purpose: Letters to a Young Jew,” set for release this month as part of Basic Books’ Art of Mentoring series. Rather than explore the popular question “Why be Jewish?” Sarna embarks on a discussion of Judaism as a way of life. In a series of letters to his daughter, Leah, Sarna meditates on the major themes of Judaism, but in a way that speaks to the complexities of the Jewish experience in modern American life. 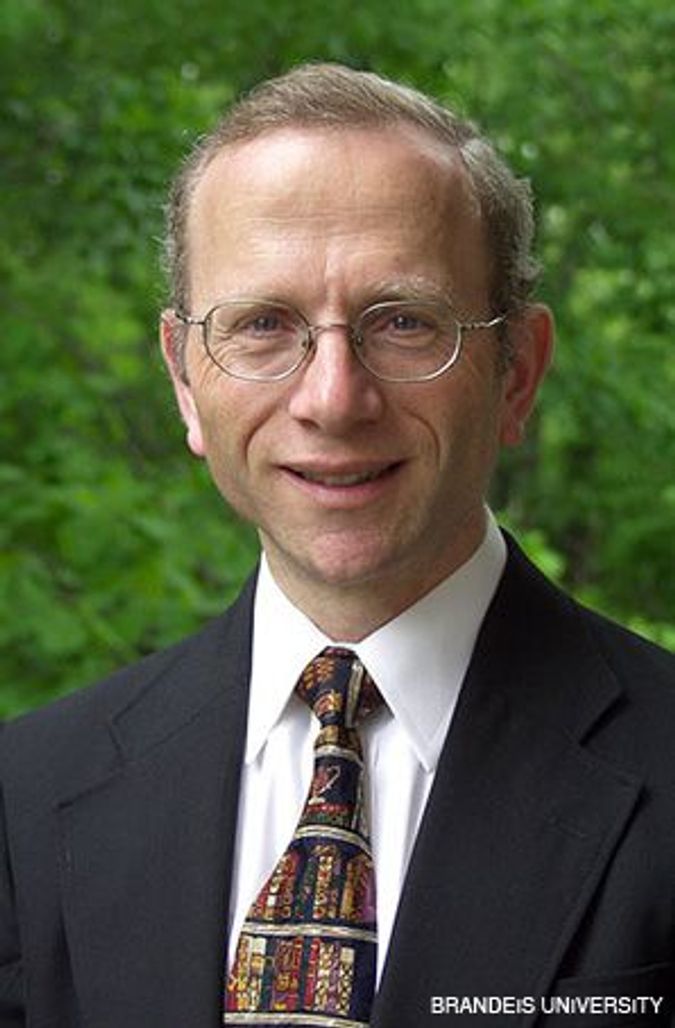 SARNA: The Brandeis historian?s latest work takes the form of letters to his daughter Leah. 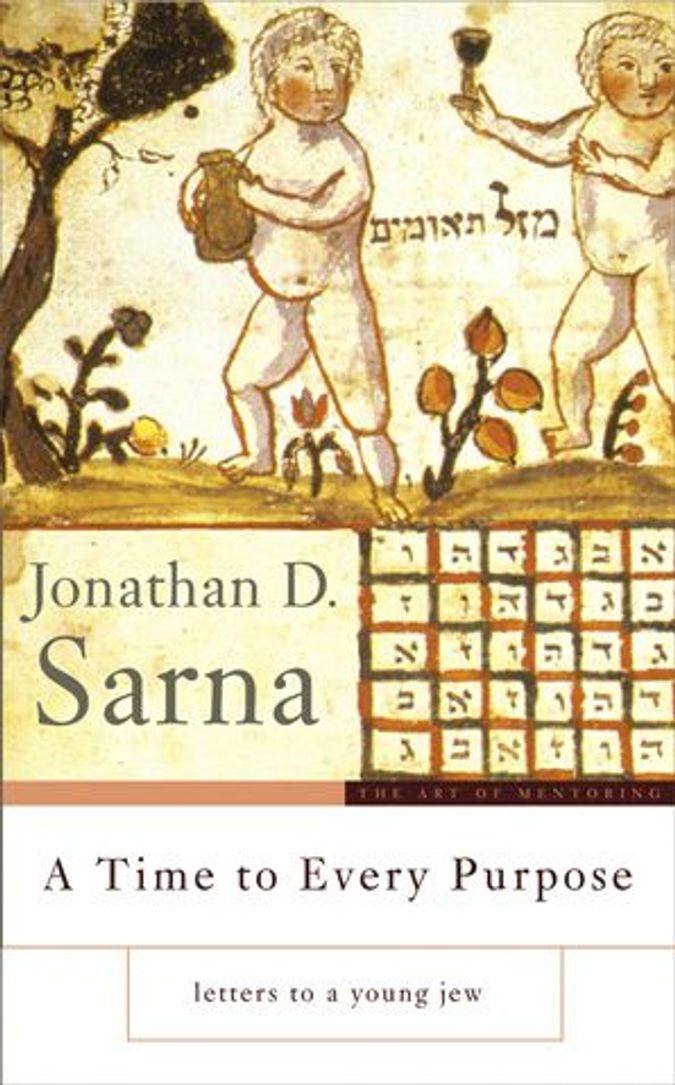 For young Jews who might be more in tune with Judaism as a culture and tradition than as a religion, Sarna’s book helps define the multifaceted connection that Jews have to their roots. Structuring the book around the cycle of Jewish holidays — starting with Passover in the spring, and ending with Purim 11 months later — Sarna reflects on the holidays as a way of discussing major topics of interest to young American Jews. The chapter on Tu B’Shvat, the New Year for Trees, moves nicely into a discussion of Judaism’s role in a world that is increasingly becoming environmentally conscious. In sections on Tu B’Av and Hanukkah, Sarna explores issues of assimilation and intermarriage.

The Forward’s Lana Gersten spoke with Sarna about his latest project, the major themes of Judaism and the modern Jewish way of life.

Lana Gersten: The letters are addressed to your daughter. Ultimately, did you write this book specifically for young Jews?

Jonathan Sarna: My daughter is 17, my son is going to be 21, and I think even though I wouldn’t say that they are absolutely representative of their generation, between them and the students I teach, I have a sense of what people of their generation are talking and thinking about. I used the holidays here as a way to deal with precisely those issues. Judaism, to my mind, is not so much a why as a way. In a sense, this book is meant as a commentary on that concept. The point is to use the holidays as a means of helping readers understand the significant issues facing Jews today. This book should be used as a jumping-off point for further discussion. Even though any book written to one’s daughter is inevitably pegged in a certain way, my hope is that this is a book that can be read by anybody.

L.G.: You make the point that there are many different ways of being Jewish. Is Judaism taking on more forms these days?

J.S.: There are certainly some people who think that the so-called denominations are collapsing and the future of Judaism will be transdenominational or postdenominational. But actually there are more and more different options in American Jewish life, not fewer. That is, to my mind, the distinctive feature of American Jewish life: the fact that there are almost infinite ways to be Jewish. In the 1950s, a book like this would have talked about Reform, Conservative and Orthodox. Today there are many readers of this book who will not classify themselves under any of those rubrics, but who are nevertheless serious and engaged Jews.

L.G.: You base your book not on the question of why be Jewish, but on a discussion of Judaism as a way of life. Do you feel that people, particularly non-Jews, have a hard time grasping that concept?

J.S.: I was looking at the new Pew survey of American religion, and unconsciously they defined religion in deeply Christian terms, in terms of belief, in terms of how often you read the Bible, and how often you go to church — or in our case, synagogue. But Judaism, with its multiplicity of commandments — of mitzvot — really focuses on learning and practice, and offers all sorts of other ways of being a serious, engaged Jew. We should celebrate those elements that make Judaism distinctive, none to my mind more important than Judaism’s distinctive sense of time.

L.G.: You return again and again to the discussion of balancing Judaism with the outside world. How is that distinctive in the American Jewish experience?

J.S.: To me this is central to the Diaspora experience as a whole. Whereas I would say that a generation or two ago, most American Jews were taught, as I was, that there could be no possible tension between being an American and being a Jew, that the two were in perfect harmony, no serious person today believes that. Over and over again, we find that we are pulled in two different directions. Judaism says there’s a Jewish holiday today, and the boss says there’s a lot of work to do today. Judaism says we should marry a Jew, the general society says marry whomever you fall in love with. That’s what I mean by “tension.” The average young Jew today is interested in hearing the story of Hank Greenberg and Sandy Koufax; because they didn’t find that harmony; they had to make choices, and their choices carried consequences.

Scholar Probes the Way (and Not the Why) of Judaism