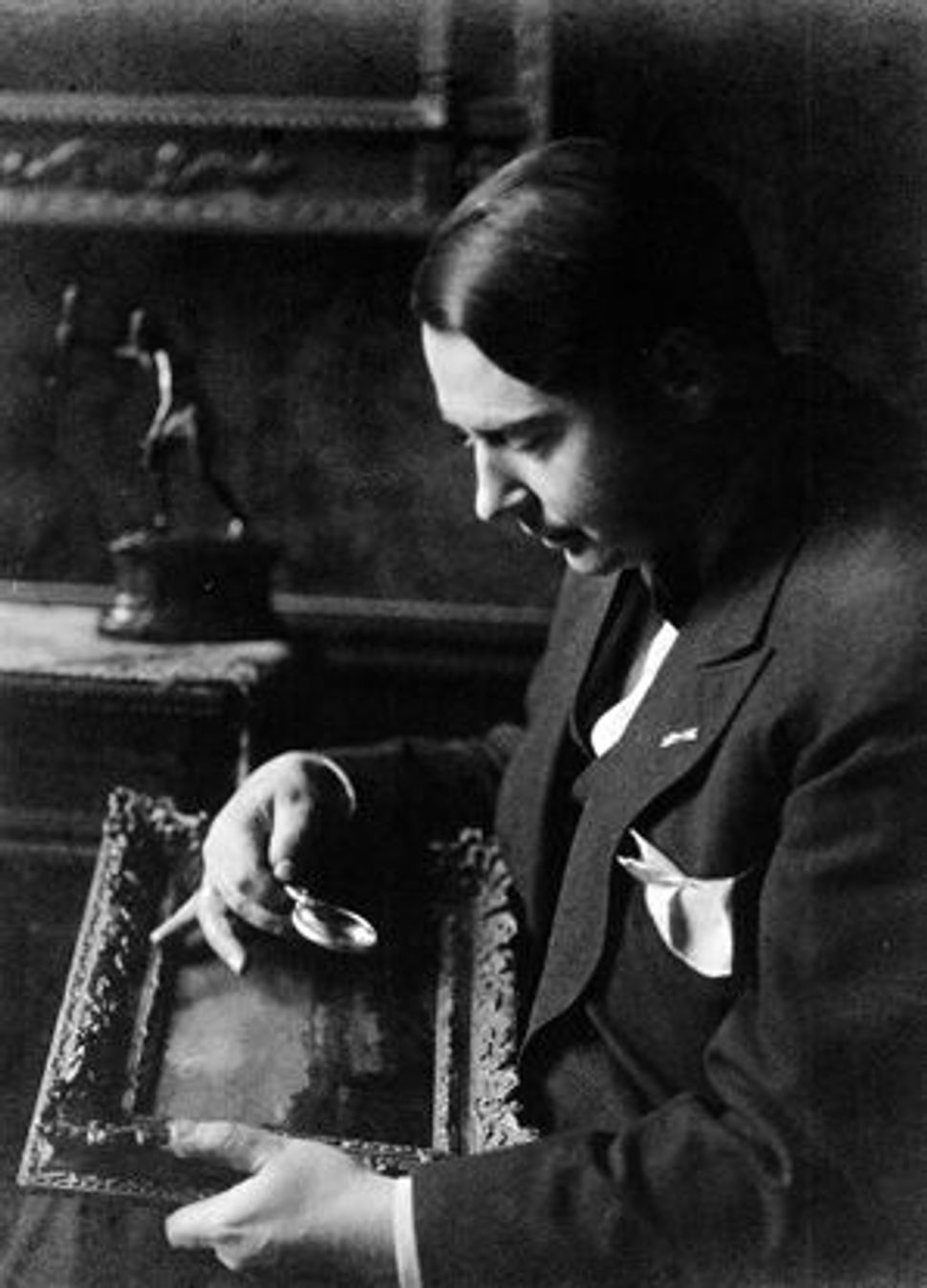 Reclaimed: Paintings From the Collection of Jacques Goudstikker 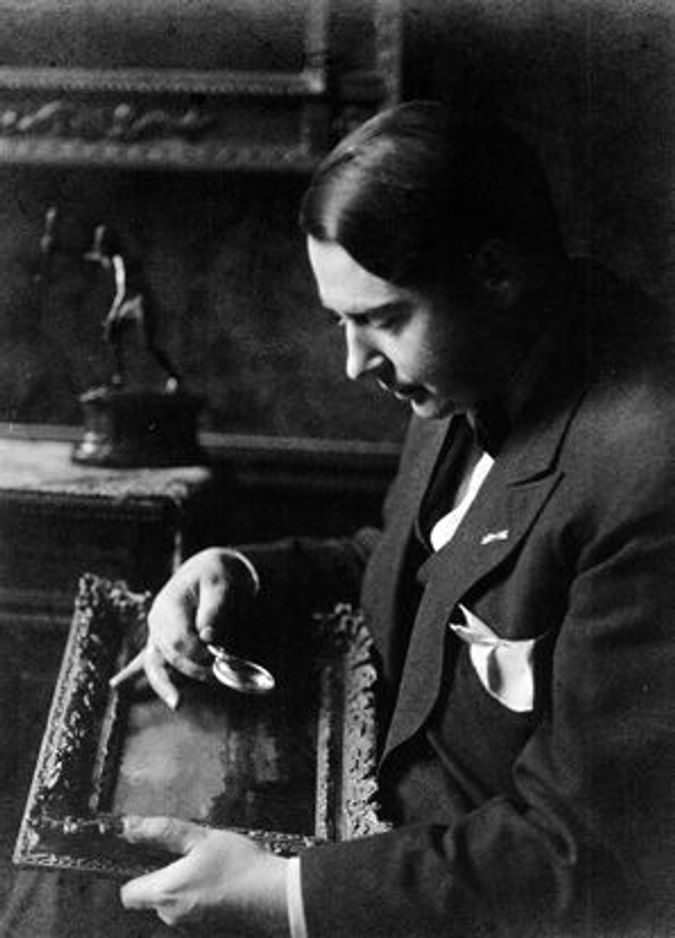 Despite its encouraging title, there are two Holocaust tragedies in “Reclaimed: Paintings From the Collection of Jacques Goudstikker,” an often-stunning book about the recovery of artworks looted from a Dutch dealer. One is obvious: the loss of life and treasured artworks. The other is the subtle message that if you have an art claim, you must be (potentially) rich to pursue it.

We begin, however, at the apex of the rollercoaster world of art restitution: February 2006. It was not a month for the faint of heart. Although most current claimants for Nazi-looted artworks will not recover their family treasures, February 2006 was a giddy time for restitution optimists.

Having battled the heirs of Jewish industrialist Ferdinand Bloch-Bauer over the ownership of five Gustav Klimt paintings, Austria announced that the heirs could come and get them. Austria did not have the funds to buy the paintings, including the famous “golden” portrait of Bloch-Bauer’s wife, Adele, from the heirs.

Meanwhile, the Netherlands announced that it would return more than 200 Old Masters to the heir of the prominent Dutch Jewish dealer Jacques Goudstikker, who died fleeing the Nazis in May 1940.

These are the two blockbuster restitutions of the past decade: The Klimts shattered sales records, and the Goudstikker recovery was stunning in its volume.

The fate of Goudstikker and his collection is recounted in “Reclaimed,” an exhibition catalog by Peter C. Sutton, director of the Bruce Museum in Greenwich, Conn. The exhibition at the museum near the home of Goudstikker’s heir, daughter-in-law Marei von Saher, runs through September 7. It will be at The Jewish Museum in New York next year, from March 15 through August 2.

“Reclaimed” is a jarring combination of coffee-table and art-history book, with exquisite reproductions and detailed cataloging of about 40 artworks, together with a tragic Holocaust history. It is an important work because it restores Goudstikker’s legacy, reputation and name. Here is Jacques, the prescient art dealer who was cosmopolitan in outlook and lavish in taste, the escort of his queen and the husband of an Austrian opera singer. There is Jacques, dead at 42 in a freak accident at sea on the SS Bodegraven while escaping the Nazis, buried as a refugee in Britain at a funeral where, at his widow’s request, someone played his favorite Cole Porter song, “Night and Day.” When his Amsterdam gallery was taken over by the Nazis, many of his 1,200 artworks ended up in — or passed through — the hands of Hermann Göring.

There are some disturbing facets to this book. There’s quite a bit about Nazi looting, but if one skips the essays by writers from Yad Vashem, one might not quickly recognize that Goudstikker was Jewish, the fact that sealed his fate and that of his collection.

And the book confronts us — probably unconsciously — with the troubling reminder that the recovery of Nazi-era looted art is a rich man’s mission.

One of the essays is by Clemens Toussaint, an investigator who was hired to track Goudstikker’s artworks. Toussaint’s essay is called “How To Find One Thousand Paintings.” How, indeed, do you do that? You organize the “Goudstikker Provenance Project” and engage up to five researchers working simultaneously in archives in Europe and the United States, compiling the scholarly documentation that will assist the heir in regaining the artworks. Luckily, Goudstikker’s notebook listing his inventory of Dutch, Flemish and Italian Old Masters was among the effects salvaged from his body, and it provides the starting point.

The family’s goal is to find and recover every single work, Toussaint writes. In this, the Goudstikker family is no different from other victims, save for the fact that the quality and quantity of the plundered objects are valuable resources even if the family no longer possesses them. The claim and its documentation — the dealer’s notebook — are sufficient to induce lawyers and researchers to come to the heir’s aid.

While advocates and diplomats speak of the morality of restoring plundered property, art claims tend to rest on financial criteria. This is the unpleasant truth of restitution: The artworks have to be worth enough so that if the claimant prevails, the works can be sold to pay off the debts incurred in identifying, documenting, locating and fighting to recoup them.

The exhibition and the catalog “Reclaimed” show that Goudstikker was a prominent tastemaker with a discerning eye, and a trendsetter whose influence extended far beyond the Dutch shores. The recovery of his artworks and his legacy seems bittersweet; it indicates that one must indeed have been from a privileged family to be in a position to search for what was stolen.

And the catalog cover itself reveals another sad truth: It shows a 17th-century Salomon van Ruysdael landscape that was in Amsterdam’s Rijksmuseum from 1960 until 2005. It is now in Washington, D.C., at the National Gallery. Now you have it; now you don’t. Yes, it was reclaimed by Goudstikker’s daughter-in-law, but she subsequently was obliged to part with some of the art to pay for her success in recovering it.

Marilyn Henry’s book “Twice Stolen,” on the recovery of Nazi-looted art, is scheduled to be published next year.