Ghosts in the Living Room 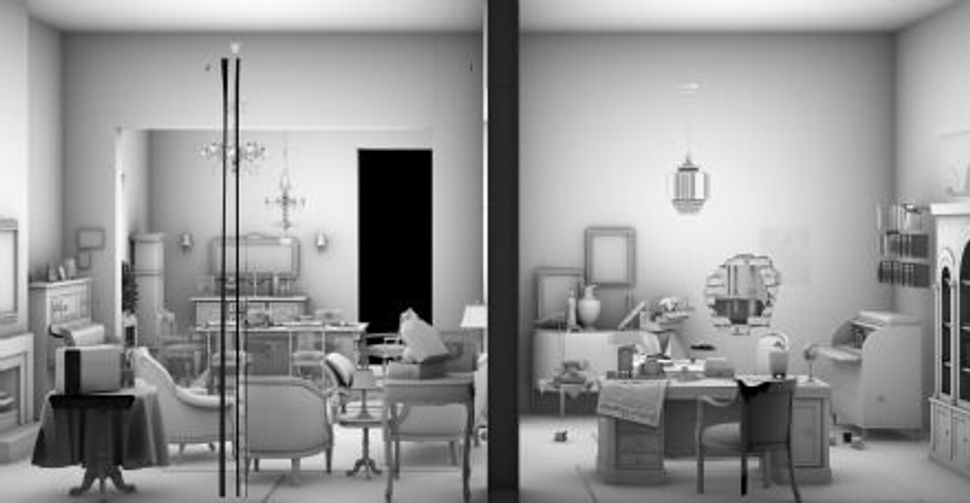 Image by Courtesy of the Alon Segev Gallery 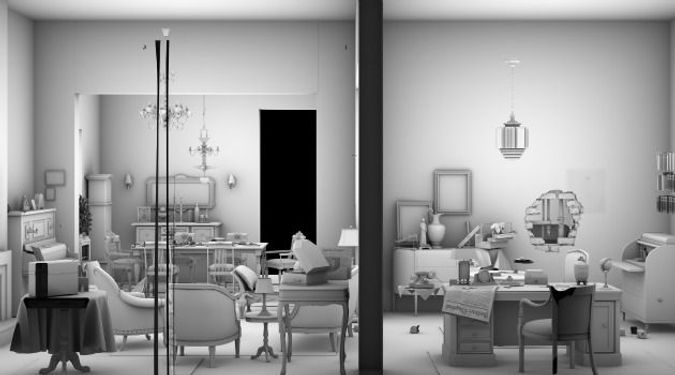 Empty and Eery: There are no people in artist Maya Zack?s high-tech recreation of the living room of a Jewish family?s apartment in prewar Germany. Image by Courtesy of the Alon Segev Gallery

There’s a dizzying feeling as you step into “Living Room,” Israeli artist Maya Zack’s art installation at New York’s Jewish Museum — not least because of the colored 3-D glasses you’re invited to put on at the entrance.

“Living Room,” which opened at the museum July 31, is an audiovisual installation composed of four large-scale, computer-generated images showing a Jewish family’s apartment in 1930s Berlin. It is Zack’s reconstruction of the home of Manfred Nomburg, a German-born Jew who fled Nazi Germany for Israel in 1938, leaving behind his parents and a younger brother.

The meticulous reproduction is based on Nomburg’s memories of his family home, including its appliances, decorations and furniture. Zack, a Tel Aviv-based artist and filmmaker, interviewed Nomburg for the project. The interviews — read in English by an unknown actor — provide an audio backdrop for the exhibit.

Along with his descriptions of the apartment, Nomberg provides an understated account of what happened to his family. We learn that his parents were deported in 1941 (he never saw them again), while his brother was taken to safety in England on the Kindertransport. 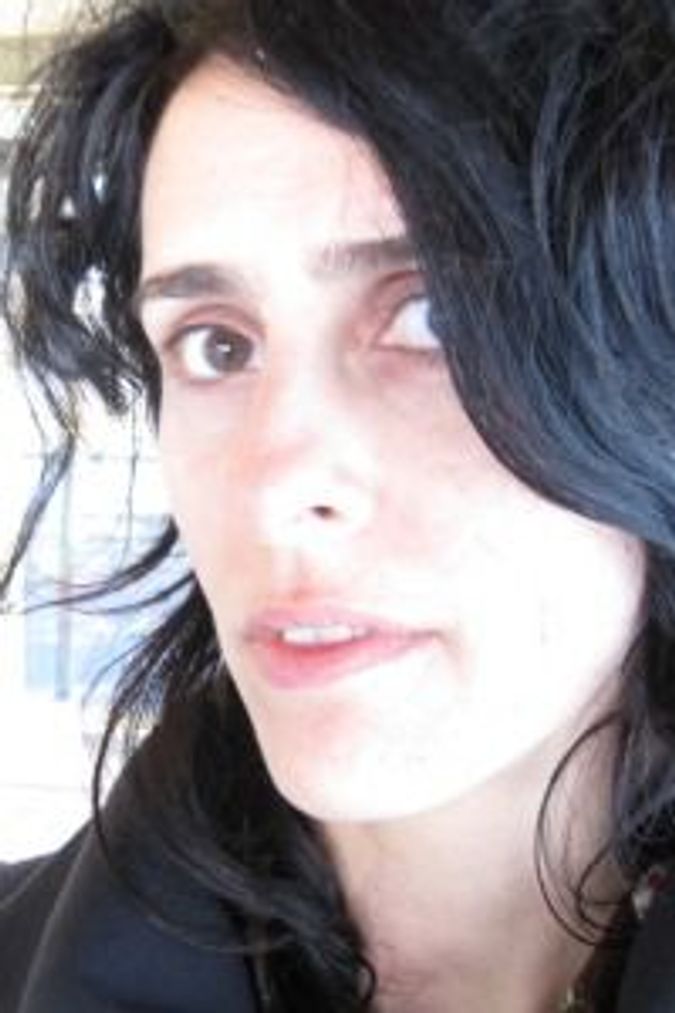 Maya Zack Image by Courtesy of the Alon Segev Gallery

Zack’s re-creation of the objects and artifacts of Nomberg’s home in their most minute details — potted plants in the corner of the living room, a dishcloth folded over a chair back, vases, cups, plates, standing lamps, all the clutter of daily life — puts the focus on the Shoah at its most personal level. This is not the macro-narrative of the 6 million, the concentration camps and the deportations; this is the story of the banal domesticity of ordinary Jews living ordinary lives in prewar Berlin.

Yet, all is not as precise and solid as it seems. As we look closer into the four anaglyphs, through the colored filter of the 3-D glasses, we see surreal gaps and ghostlike empty spaces in the scenes of domestic life. There are blank pictures on the walls, a piano floating on broken legs, a briefcase sitting midair on an invisible surface. These represent the gaps in Nomburg’s memories. At points in his monologue, he admits there are details he has forgotten.

Zack’s work says as much about what is absent as it does about what is seen. As the viewer’s gaze changes perspective, the images shift like a hologram or a mirage, producing the same subjective, unreliable effect as memory itself. Depth and perspective are distorted, confounding any attempts at visual harmony.

The biggest absence in the exhibit is that no one is home; all the people have left this place. There is some evidence of a rushed exit, too: A drink is spilled on the dining room table, food is half-eaten, an abandoned newspaper is thrown down on the kitchen floor. Nomburg’s parents, along with other Jews murdered in the Shoah, are unseen ghosts, their lives suddenly cut short.

“Living Room” continues the theme of personal memory and the Holocaust explored by Zack in her short film, “Mother Economy,” which was shown at The Jewish Museum in 2008.

The artist, born in 1976 and trained at the Bezalel Academy of Arts and Design, has said that the two pieces were inspired by a trip she took to see her grandmother’s childhood home in Kosice, a city in Slovakia. Unable to enter the house, Zack took to imagining the interior.

In “Mother Economy,” Zack depicts a homemaker of unknown identity maintaining order by meticulously performing domestic chores. We see her identifying objects belonging to absent family members, and in the background we hear radio broadcasts about the chaos going on outside her neatly controlled space.

“Living Room” is not for the viewer who lacks patience. It is not easy to access the lost world presented in these deceptively calm images, nor to absorb Nomburg’s carefully controlled narrative. It also takes time to adjust to the disorientating effects of the 3-D images seen through the glasses.

It is also hard not to notice the unsettling historical circularity as you continue through the museum’s permanent collection. Just one floor up, the museum chronicles the very first mention of a nascent Jewish community in Germany in the fourth century. In Zack’s work, we see all too clearly the abrupt end of the Jewish “golden age” in Germany in the 20th century — some 1,600 years later.

Rebecca Schischa is a British freelance journalist based in New York City.

Ghosts in the Living Room