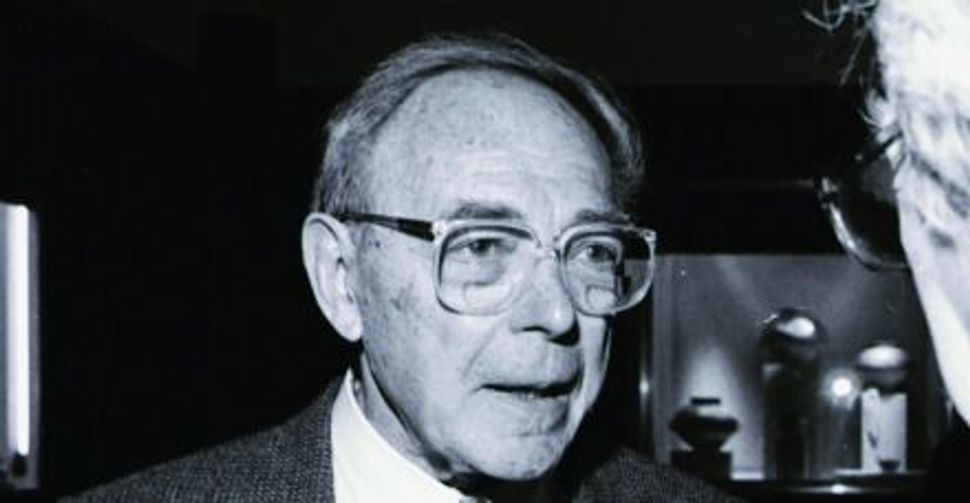 Linguistics was a late arrival on the academic scene. Until the 1950s, few dedicated departments existed, but then the combination of Noam Chomsky’s revolutionary theory of generative grammar and Cold War subsidies ushered in an exceptional boom. Grammarians of ancient tongues (most notably, Panini for Sanskrit and Marcus Terentius Varro for Latin) pioneered the systematic study of language, and European philologists in the 19th century brought it up to standards of scientific rigor, but the modern discipline owes a particular debt to a brilliant, heterogeneous array of American Jewish linguists.

Chomsky, whose work also helped unleash a broader “cognitive revolution” beyond linguistics, is the most famous, but similarly decisive contributions to the field came from Franz Boas and Edward Sapir (anthropological linguistics), Leonard Bloomfield (structural linguistics), William Labov (sociolinguistics), Joseph Greenberg (linguistic typology), Steven Pinker (cognitive linguistics) and Uriel Weinreich (language contact). The leading role played by American Jews in the social sciences is nowhere more apparent than in linguistics, as if Jewish traditions of multilingualism and textual analysis had been transmuted into investigations of far-flung languages and dissections of syntax. 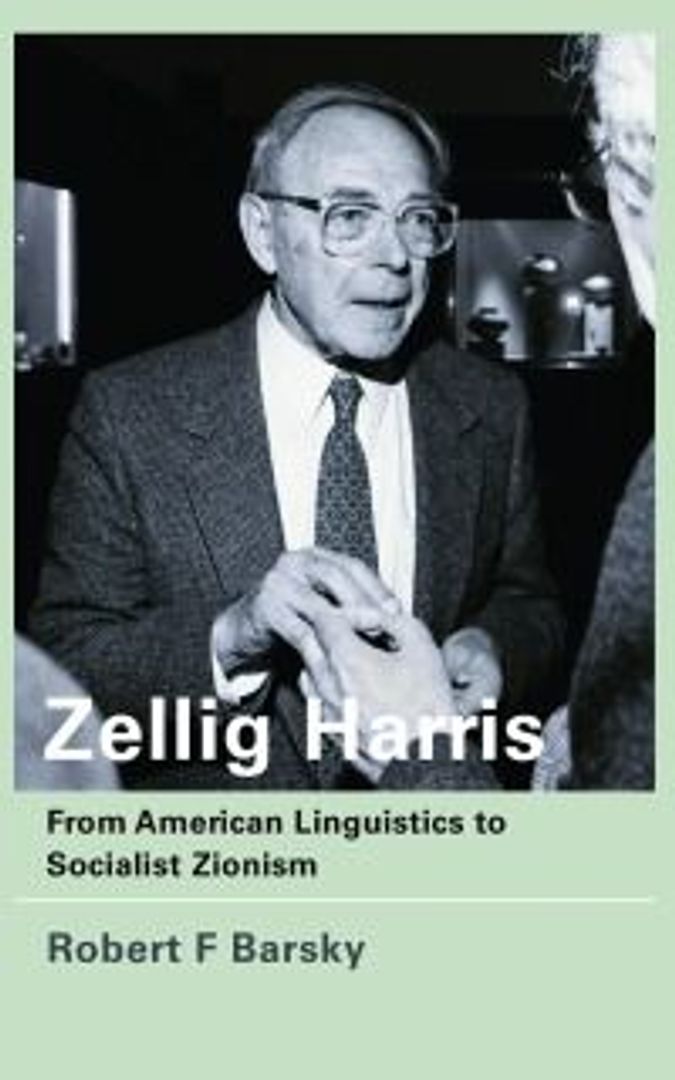 Whether or not this distinguished list should include Zellig Harris, the subject of Robert Barsky’s new biography, is a matter of debate. As Chomsky’s teacher and the author of the 1951 book “Methods in Structural Linguistics,” Harris was certainly an important forerunner, if not a founding figure, of transformational analysis — part and parcel of the Chomskian project of revealing “deep structure” in language and discovering linguistic universals. On an institutional level, he also established one of the country’s earliest linguistics departments, at the University of Pennsylvania.

His later work filtered down into the development of computational linguistics, information retrieval and methods of processing text into data — the engines that invisibly power the digital age and the progress of science. Yet today, Harris is largely forgotten, his writings seldom read, even by specialists. With the rise of more nuanced, empirical approaches focused on the roles that language plays in society, the hold of Chomskian theory over linguistics seems to grow weaker with each passing year.

Barsky, a professor at Vanderbilt University who has written two books on Chomsky’s intellectual background and his political thought, begins by announcing that Harris was “an original thinker who came to define, rather than follow, a version of what it meant to be a Jewish intellectual in America.” Harris’s political work — first as an influential leader within the left-wing Zionist student organization Avukah (“torch” in Hebrew) and later as a theoretician of socialism — is given equal billing with his linguistic research.

In his eagerness to rehabilitate Harris as a major figure, Barsky scrutinizes the dull details of failed grant applications, obscure academic reviews and banal editorials. In addition to driving the reader to distraction, he ignores a more fundamental problem: Most of Harris’s writings seem willfully opaque and self-reflexive, and many of their ideas have been abandoned in light of new intellectual paradigms and political realities. Barsky is hard-pressed to plumb the depths of these ideas, and not enough time has yet passed to render them exotic and striking alternate modes of thought.

As a prosopography, the study of activist and academic circles, rather than an intellectual biography, “Zellig Harris” is more convincing, resurrecting the half-forgotten milieus that shaped American Jewish intellectual life in the 1930s and ’40s. The exhilarating ferment of Avukah and the City College of New York comes alive in the oral histories of those who were there — not least in an interview with Chomsky himself, which serves as an illuminating epilogue.

Indeed, the atmosphere of a historical period is sometimes best captured through a comparatively minor figure like Harris. He lived and moved in exciting times: Nathan Glazer was a protégé of his; his wife, Bruria, worked with Einstein at Princeton University; Justice Louis Brandeis was an adviser and mentor to Avukah, and so the chain of connections continues.

Yet, Zellig Harris the individual remains nearly as elusive as Woody Allen’s chameleon, Leonard Zelig, albeit for entirely different reasons. Born in Ukraine in 1909, Harris immigrated to Philadelphia with his family at the age of 4, growing up in an environment that was combatively intellectual, ardently Zionist, leftist and secular. On the strength of his work as a specialist in ancient Semitic languages, Harris rapidly climbed the academic ladder at the University of Pennsylvania, from undergraduate to full professor.

After working on the grammar of several African, Indian and Native American languages, he shifted his focus to formal, highly abstract linguistic theory. “Methods in Structural Linguistics,” his magnum opus, pushed to its logical conclusion Bloomfield’s attempt to find a consistent, general and fully specified procedure for linguistic analysis. The concept of the “transformation,” which Harris borrowed from mathematics, provided a crucial tool for relating people’s actual linguistic output to deep grammatical structures.

Beyond this bare outline, personal details are in short supply, not least because of what Chomsky calls Harris’s “self-abnegation” and his penchant for secrecy. Vague period detail and digressions onto other, better-known dramatis personae fill in for what is presumably a lack of sources, but some of these asides seem tenuous. Barsky notes in passing, tantalizingly, that the secret history of Cold War linguistics remains unwritten. Elsewhere, he admits that he “never did confirm or deny the existence of [CIA] files” relating to Harris, and he reprints the CIA’s reply to his Freedom of Information Act request, a choice sample of evasive Langleyspeak.

Along with others in Avukah’s inner circle, Harris advocated a socialist, binational Palestine. “The four major political issues that dominated his political work,” Barsky said in a recent interview with the New Left Project, were “Arab-Jewish relations, the kibbutz movement in Palestine, Jewish immigration (to Palestine and the United States), and the problems of American Jewry.” He became a staunch kibbutznik, eventually splitting his time between research in American academia and a life of communal labor at Kibbutz Hazorea, in the Jezreel Valley.

Politically, he moved, going from Avukah activism to long-range, theoretical efforts: the “Frame of Reference” project on deconstructing political discourse and underlying social attitudes, an unpublished “unwieldy set of notes and writings,” and the dense, posthumously published “The Transformation of Capitalist Society,” which predicted the bloodless replacement of capitalism by a more humane, socialist alternative. With a distinctive, utopian vision that was “anti-status quo, antifascist, and for some version of society informed by democratic socialism, anarcho-syndicalism, and council communism,” Harris emphasized the role of direct worker participation through employee stock ownership plans and self-governing collectives, like kibbutzim.

As with Chomsky’s career, one can’t help but wonder: Are there meaningful connections between Harris’s political and linguistic work? The development of discourse analysis, the study of linguistic units longer than the sentence, clearly had a deeper, if unrealized, political intent for Harris. As another credible link between Harris’s linguistics and his politics, Barsky suggests “a shared conception of the nature of the human mind” and “fealty to the Enlightenment values of universal truth and the unstoppable march of progress” — a formative intellectual background for many midcentury American Jewish thinkers.

Behind Harris’s prodigious intellectual output — at times brilliantly abstract, at times lifeless and scientistic — stood something more basic and vital: the drive, in Harris’s own self-effacing words, “to find out what gives — whether with linguistics, or with human language, or with politics, or with physics.”

Ross Perlin is the China correspondent for the Forverts. A writer and linguist based in southwest China, his most recent book is “Intern Nation” (Verso, 2011).