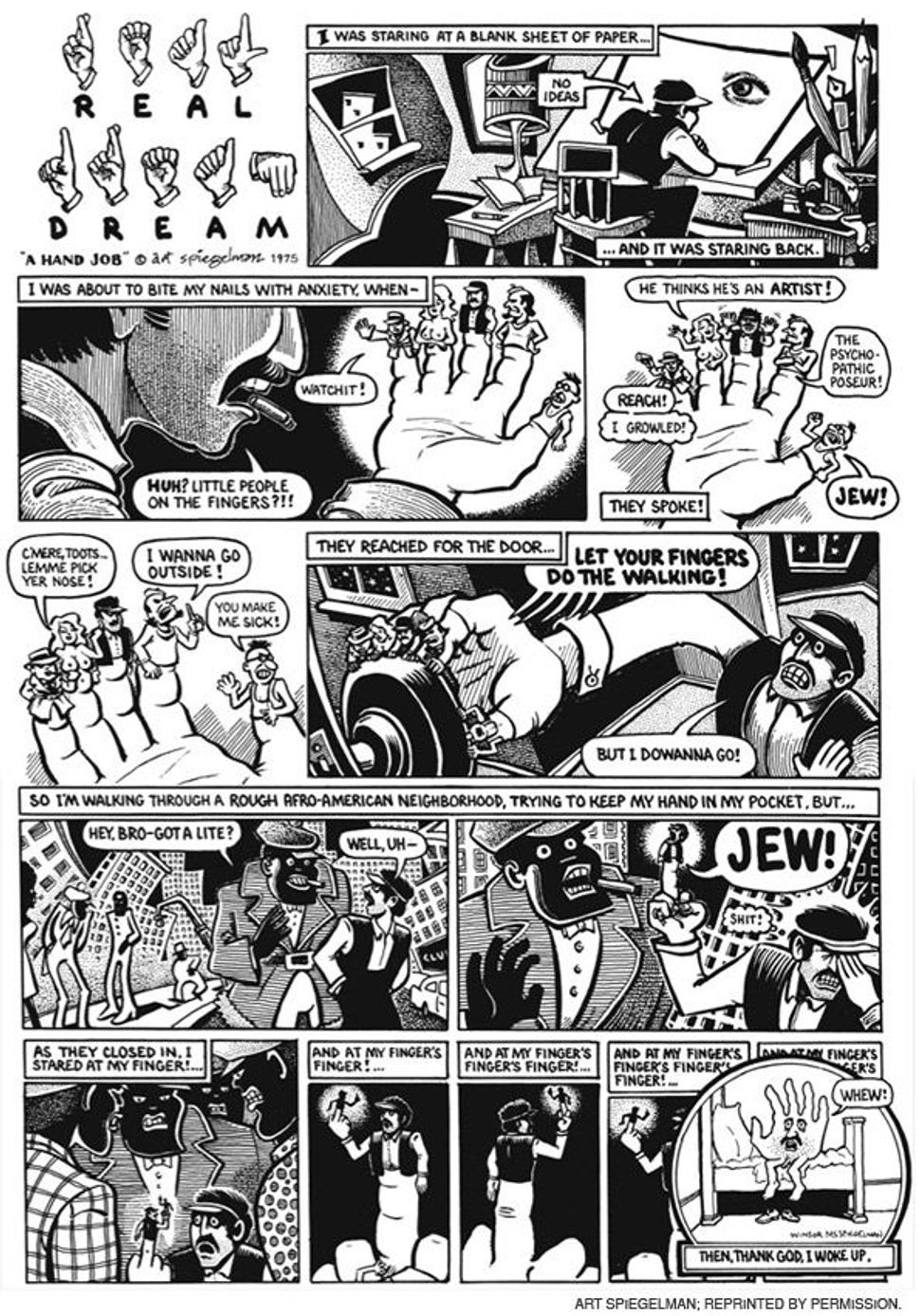 When the artist Art Spiegelman published “Breakdowns” in 1978, it came out in a limited edition of about 3,000 copies.

As Spiegelman recalls, “There was no demand for a deluxe large-format album that collected the scattered handful of short autobiographical and structurally ‘experimental’ comics I’d made between 1972 and 1977 — except by me.”

Now, 30 years later, things have changed. For one thing, Spiegelman won a Pulitzer Prize in 1992.

Here, the Forward shows a page from 1975, which will be included in a deluxe visual memoir, “Breakdowns: A Portrait of the Artist as a Young %@&*!,” to be published next month by Pantheon.