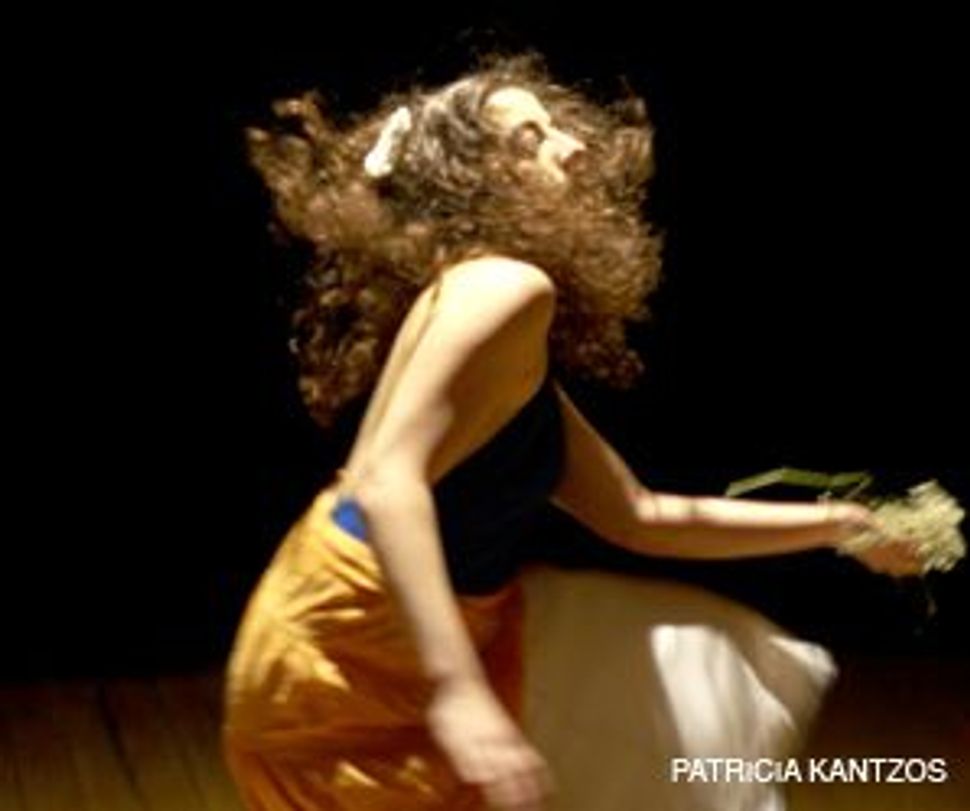 How does dance begin? “You are who you are. Your spirit received a certain body because you were chosen to,” said choreographer Noa Sagie, 24. “Just accept it. Take what you have and do what you can with it. The magic is discovering you can do anything you want with it. But if you don’t have anything to say, don’t go onstage.” 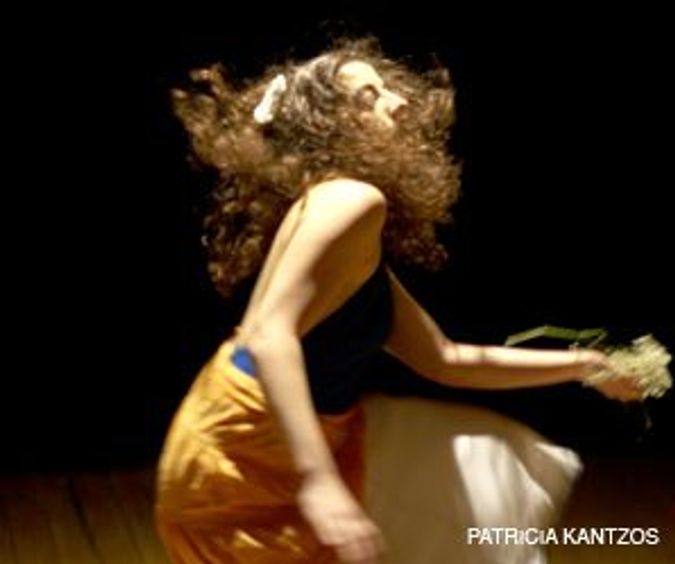 The concept comes first,” Sagie added. “I can see the whole dance in my head. The steps come later.”

Sagie, an eighth-generation Israeli born in a village near Haifa, is about to showcase her choreography this month at two festivals in New York City. Her seven-minute “Breath 22” for three dancers will be presented September 13 at the American Dance Guild Festival and on the 27 and 28 at the Dumbo Dance Festival.

Sagie said that “Breath 22” emerged from her sense of the contrast between life in New York and in Israel. “I feel everyone’s very individual here, with no sense of community,” she said. “You see someone falling down the stairs, and no one offers help. That doesn’t make sense to me. So I took it into the studio, and created very different personalities, very different people, very different goals, very different movement. But the one thing that makes them unite is that they’re not aware of each other, not aware of the world around them. They’re in their own little bubble, and they can’t see outside it. It’s emotional, and the characters are very strong. I named it ‘Breath’ because there’s a lot of freedom in my movement, very natural. The structure doesn’t change, but there can be a lot of variation in different performances. The ‘22’ was a typing error, which I kept because it seemed right.”

Strong character of movement is primary to Sagie, but everything is in the details. “I think the dancers appreciate me because I give them a lot of freedom,” she said. “But later, working with me can be very hard, because of all the attention to small and subtle details of the movements. If it’s not there, I keep working and reworking the movement and pay attention — to focus the eyes to face this way here, the hands just that way at that moment. These things are so important, and the work is very internal.”

“A Korean dancer,” Sagie said, “once told me: ‘Israeli dancers are excellent. Not that they’re technically excellent, but that they’re so grounded. They’re always so motivated and strong in their movement.’ I think it’s because of the way we live,and our lifestyle. In Israel, we’re just very direct. You want something, you go for it, you do it. Everything is just real, and to the full extent. Whereas here, I find people won’t tell you what they really think. And even in dance here, it was hard to find dancers who know why they’re dancing. It’s a certain maturity that probably comes earlier in Israel, with the army service and all the things going along with it.”

Sagie herself served in the Israeli army when she turned 18. She was assigned to the Intelligence Branch, which, she said, “essentially stopped my life for two years. It was an amazing experience, one of the best times of my life. But that’s all I’m free to say about it.” In 2005, after her service, Sagie arrived in New York to study Martha Graham and Lester Horton techniques at the Alvin Ailey dance school.

Although Sagie is not particularly observant, she said that “Jewishness is a cultural tradition for Israelis. It’s harder to get that feeling outside Israel, because no one is celebrating but you. For example, in Israel, Yom Kippur is one of my favorite days of the year. It’s so quiet, so peaceful. No cars, nationwide. People will walk outside and just chat. It’s a beautiful, beautiful holiday in Israel. But here, I get depressed every year. I feel trapped. I just stay home. Nothing to do, no one to talk to, to share your feelings with. Outside, the world keeps going on and on and on. In Israel you don’t have to work hard to maintain your religious beliefs. They’re just there, because everyone’s like you. It’s just there.”

After her interview with the Forward, Sagie sent this e-mail: “I forgot to mention maybe what I wanted to say the most, and that is, I’m working on a piece dedicated to Gilad Shalit, the captured Israeli soldier in Gaza. I felt I needed to do something, to help in any way, and choreographing is the best way I know. I feel we all think we need to do something and help; it’s just that most of us feel powerless in that matter. However, I think it’s necessary to keep on doing.”

Raphael Mostel is a composer based in New York City who writes on the arts. He also teaches at the Columbia University Graduate School of Architecture. The Jerusalem Symphony Orchestra will present the Israeli premiere of his “Night and Dawn” to open its Independence Day concert in April 2009.