Homeschooled Jews Are Minority Within a Minority 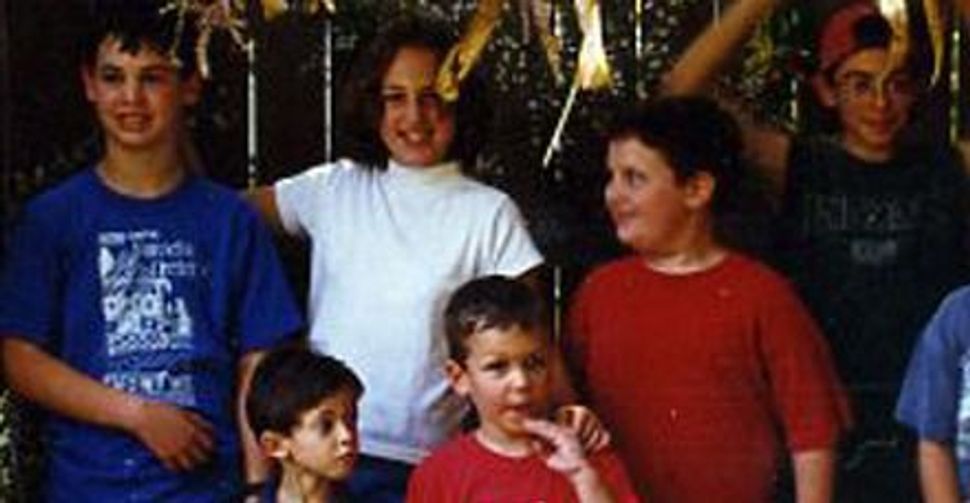 Outside the Schoolhouse: Kate Fridkis, in white, was homeschooled as a child. She takes on some stereotypes of homeschooling as a preserve of Christian fundamentalists. Image by Courtesy of Karen Fridkis 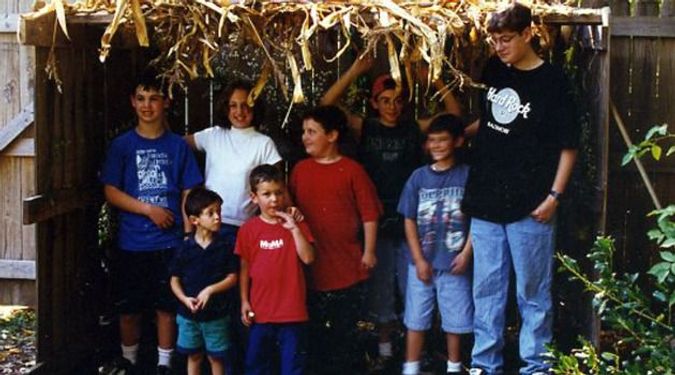 Image by Courtesy of Karen Fridkis

‘I’m sorry,” the blond girl with the wide blue eyes said, “you’re going to go to hell.” She looked like she really was sorry.

“You don’t have to stay Jewish,” she said, “just because you are now.”

It was 1997. I was 10 years old, and, like the blond girl, I had never been to school. We were outside, at a big event for local homeschoolers. I was used to this sort of conversation. In a world where being homeschooled is weird enough, I was both homeschooled and Jewish. But I was not the only one.

Homeschoolers are often broken down into two basic groups: Christian and secular. But this broad division doesn’t express enough about how complex nonschool identities can be. The reasons my parents chose to homeschool me were not religious ones, and we weren’t Christian; therefore, we could be called “secular homeschoolers,” making us part of a minority within the larger homeschooling community. And we were also Jews. A minority within a minority within a minority. When people ask my mom why she decided not to put her kids in school, she doesn’t get into politics and child psychology and peer pressure and what, in her opinion, constitutes a successful education. She explains that she really liked being with us and wanted us all to keep spending time together. But if you nudge her, she can talk child psychology and educational policy all day.

But of course, it is assumed that when a homeschooling parent says “religion,” he or she means “Christian.”

My family joined a Jewish homeschooling group when I was around 12. We heard about it through someone at our synagogue. The group met in Highland Park, N.J. There were six or so families. Some of them were Conservative, one Orthodox, one Reform. We belonged to a Conservative synagogue, but we didn’t keep kosher. In the Jewish homeschooling group we built a sukkah, learned about making a shofar, celebrated Purim and just hung out. The moms went off into the kitchen and talked. The kids lounged in the living room, teasing each other playfully and doing impressions of pop stars. I couldn’t decide which boy to have a crush on, so I alternated.

As far as the DOE is concerned, our little group never existed. No one has ever bothered to collect statistics on Jewish homeschoolers. I don’t know how many of us are out there. And even if someone did try to count, it’s not clear that the results would alter the balance of religious and secular homeschooling, because it seems unlikely that most Jews who home educate do it out of “a desire to provide religious or moral instruction.”

And yet Judaism and homeschooling work so well together. Jewish culture emphasizes intensive study, and homeschooling lends itself to in-depth learning that continues long after any class or course could sustain it.

Subjects spill out of books and into the rest of life. In Judaism, study exists to facilitate action. The two are inextricably intertwined, and Jewish life is often oriented around community service, an integral part of tikkun olam, or repairing the world. Homeschooling allows children to embed themselves in communities that extend beyond the walls of a school. Jewish culture encourages us to ask big questions, to challenge norms. After all, Jews know what it’s like to be excluded from the norm, and how dangerous unquestioning obedience can be for us and for the world.

Jews have been at the forefront of social movements that helped begin the process of establishing equality in this country and all around the world. When something isn’t working, we try to fix it. Many people are convinced that the American school system is broken, and it’s no surprise to me that Jews should choose to challenge it and find another way, even as we try to reform it.

I wanted to find out more about Jews who homeschool, so, of course, I googled them. There were pages of results. Among many others, there is Chevra, a national message board with 331 members, founded more than a decade ago. There’s also the group Jewish Homeschoolers of Orange County, and sites that identify themselves as based in Connecticut or in Georgia. Some of the groups are devoted to Orthodox education, but plenty of them emphasize inclusivity, welcoming Jews from all denominations.

And yet, when I began reaching out to the non-Orthodox groups, I found that many of them were defunct or existed only on the Internet and not in person. The leader of an online Jewish homeschooling community in New York informed me that her group existed mostly to exchange information about the prices of various educational resources.

When I spoke over the telephone with Mary Francell-Sharfstein, whose name I’d found on my Internet search, she told me: “We tried, in Atlanta, to have a Jewish homeschooling group, but everyone’s so spread out. It would be great if there were enough of us, but there aren’t enough of anything but Christians.” She added, “We’re not really doing it for religious reasons; it’s just nice to get together with other people who are Jewish.”

I asked my mother why she’d wanted to join the group we’d participated in. It wasn’t that we didn’t fit in with other secular homeschoolers, or even the occasional Christian homeschooler, she was quick to clarify. We did. We were versatile. We already had Jewish community through our synagogue. It didn’t matter that our Jewish friends went to school, being around Jewish homeschoolers was a bonus. It wasn’t necessary — it was just nice.

Kate Fridkis blogs at Eat the Damn Cake, Skipping-School.com, and the Huffington Post. Her work has been featured on AOL, Jezebel, and in Home Education Magazine.

Homeschooled Jews Are Minority Within a Minority