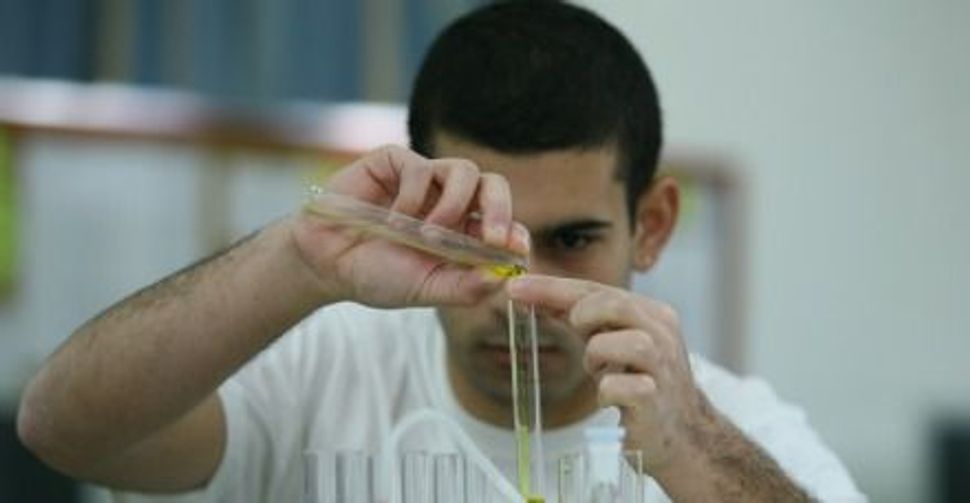 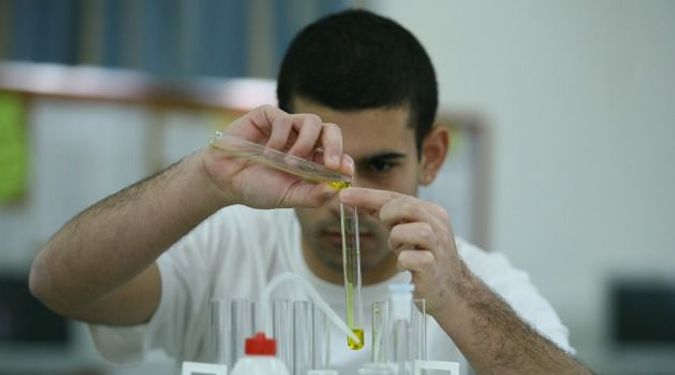 On the Outside: The educational needs and potential of Israeli students outside the main cities are getting more attention. Image by MOSHE SHAI

In the past decade, Israel’s high-tech industry has thrived, creating exciting opportunities for high school graduates. But, with investment and employment heavily concentrated in the country’s center, the spoils have been unequally shared.

For youngsters in Israel’s so-called periphery, it is double jeopardy: Not only do they not enjoy the same employment options as their centrally located peers, they also aren’t receiving the required high-tech education.

In May, the Education Ministry released the pass rates for end-of-high-school exams: Students from towns in the center of the country tended to be wealthier and do much better on the exams than those from the outlying locations. The result: a growing and self-perpetuating socio-economic gap between Israel’s center and its periphery.

“You have a shortage of good teachers, a lack of laboratories and facilities, less choice of subjects, and it translates to lower levels of opportunities,” said Ofra Mayseless, dean of the education faculty at the University of Haifa.

Since schools are reliant on local as well as national funding, towns and villages of the periphery tend to be worse equipped than those in the center, and one of the subjects that suffers most is science, given the high cost of laboratories and equipment.

However, a building site on the campus of Ben Gurion University in Beersheba, the largest city in the Negev, is evidence of growing determination to change this reality. Here, the Rashi Foundation, an Israeli charity, is building a four-acre, $40 million science park, slated to open in 2012. Every day, the park will host 500 children from the Negev region for hands-on science study in state-of-the-art facilities. The foundation is putting up most of the money, with some funds from the Education Ministry and Beersheba Municipality.

The idea is to boost the current low uptake for science matriculation in the Negev, which the foundation believes is due to a lack of science education. “We need to give kids the opportunity to know what science is and see that science is fun, so that they choose or drop science based on what it is, not because it’s unfamiliar,” said Netzach Farbiash, the park’s deputy director-general.

The foundation’s raison d’être is to boost social and educational services in the periphery, and it has a proven track record of giving youngsters their big break. At the Poland-based international “First Step to Nobel Prize in Physics” contest this year, one of the 1,000 high-school students who received coaching at Rashi’s Ilan Ramon Youth Physics Center in Beersheba won a first prize for his research, and seven others received honorable mentions. That notches up the center’s scorecard over the past five years to three first prizes and 21 honorable mentions.

Whatever the successes of this center and the park that is under construction, they face the same limitations as all Beersheba-based education projects: The towns and villages of the Negev are exceedingly spread out, and elementary school children from far-flung areas are unable to take regular advantage of facilities in Beersheba. A similar problem exists in the Galilee, outside such large centers as Safed.

Ofanim, a charity funded by Israeli and U.S. donors, has come up with an innovative solution. It has fitted out eight buses as science labs and mobile classrooms for various subjects. Every week some 2,600 students, aged 8 to 13, eagerly wait at its “bus stops,” for lessons and after-school workshops.

On a beautifully furnished bus in Dimona, a southern Israeli town where unemployment is double the national average, some 20 children, aged 8 and 9, enthuse about the task in hand: a mobile “comics workshop.” They are drawing their own characters, which instructors help them to animate using an onboard computer. It’s not only about improving their technical skills but also about helping them to believe in themselves, explained Yael Gruber, 28, a student from Beersheba who leads the program, which serves at-risk children who live in an institution.

“I spent my childhood on a small moshav near the Egyptian border, where we didn’t have a lot to do and no activities came to us,” Gruber said. “My parents worked round the clock in agriculture, and there are a lot of things in science, astronomy and computers that I missed. The program is giving these children a good start, giving them confidence and inspiring them to be creative.”

Ofanim owes its existence to another periphery kid who made good and who is trying to help others. “I decided that if the children in the periphery can’t enjoy the resources of the center, we should bring the center to them,” said Haim Dahan, Ofanim’s founder and chairman. Dahan grew up as one of 10 children in a poor Beersheba family. Inspired by a professor he met in ninth grade who invited him to his computer science laboratory and taught him IT basics, Dahan went on to complete a computer science doctoral degree.

In 1993, he founded International CompuTex Inc., a software and services company that went public in 1997 and was later sold to Information Handling Services Inc., the world’s leader in electronic databases. Today, Dahan chairs the IT holding company ASYD Investments and is considered one of Israel’s most successful computer entrepreneurs.

In 2003, while reflecting on how meeting up with the professor changed his life and how children in Israel’s smallest peripheral population centers have little chance of inspirational encounters and experiences, Dahan came up with the idea for Ofanim. “I dream that the project will give children the kind of chances I was given,” he said.

Despite the stimulation students get from special programs like Ofanim and those of the Rashi Foundation, most of their educational experiences take place in the conventional classroom — meaning that the big question in Israel’s periphery continues to be whether standards can improve in schools.

The Israel Sci-Tech Schools Network, an Israeli nonprofit that receives part of its funding from the North American charity project Friends of Israel, strongly believes that they can. Next month it will begin to implement a 10-year, $50 million plan to turn 50 schools in the periphery into special science and technology academies.

Sci-Tech Schools are the equivalent of American charter schools — they give children a general education plus a specialty focus in science and/or technology, in many cases meaning that students can graduate with ready-to-work technical skills.

There are 134 Sci-Tech Schools in Israel, spanning all sectors — secular, Arab, religious-Zionist and Haredi — more than half of which are in the periphery.

‘If the children in the periphery can’t enjoy the resources… we should bring the center to them.’

Shai Lewinsohn, the network’s director of resource development and external affairs, said that the plan to bring in 50 more periphery schools “will significantly change the landscape for employment in these areas.” He elaborated: “Our central guiding principle is that study of science and technology can reduce the economic gap that peripheral communities suffer.” In addition to building facilities, training staff and introducing new curricula when it adopts schools, the network also partners schools with high-tech companies that provide staff to assist students and, in some cases, offer them jobs.

At Beit Shean Comprehensive High School in the Galilee, defense engineers from Elbit and G-NIUS Unmanned Ground Systems helped students build robots for the FIRST Robotics Competition, an international high school contest. The companies paid for winners of the Israel heat to attend the World Championship in St. Louis, where they competed in April. “When the engineers take an interest, it’s extremely good for the children,” said Malka Elias, principal of the school. “It allows them to think they can be like the children of Tel Aviv or Haifa.”