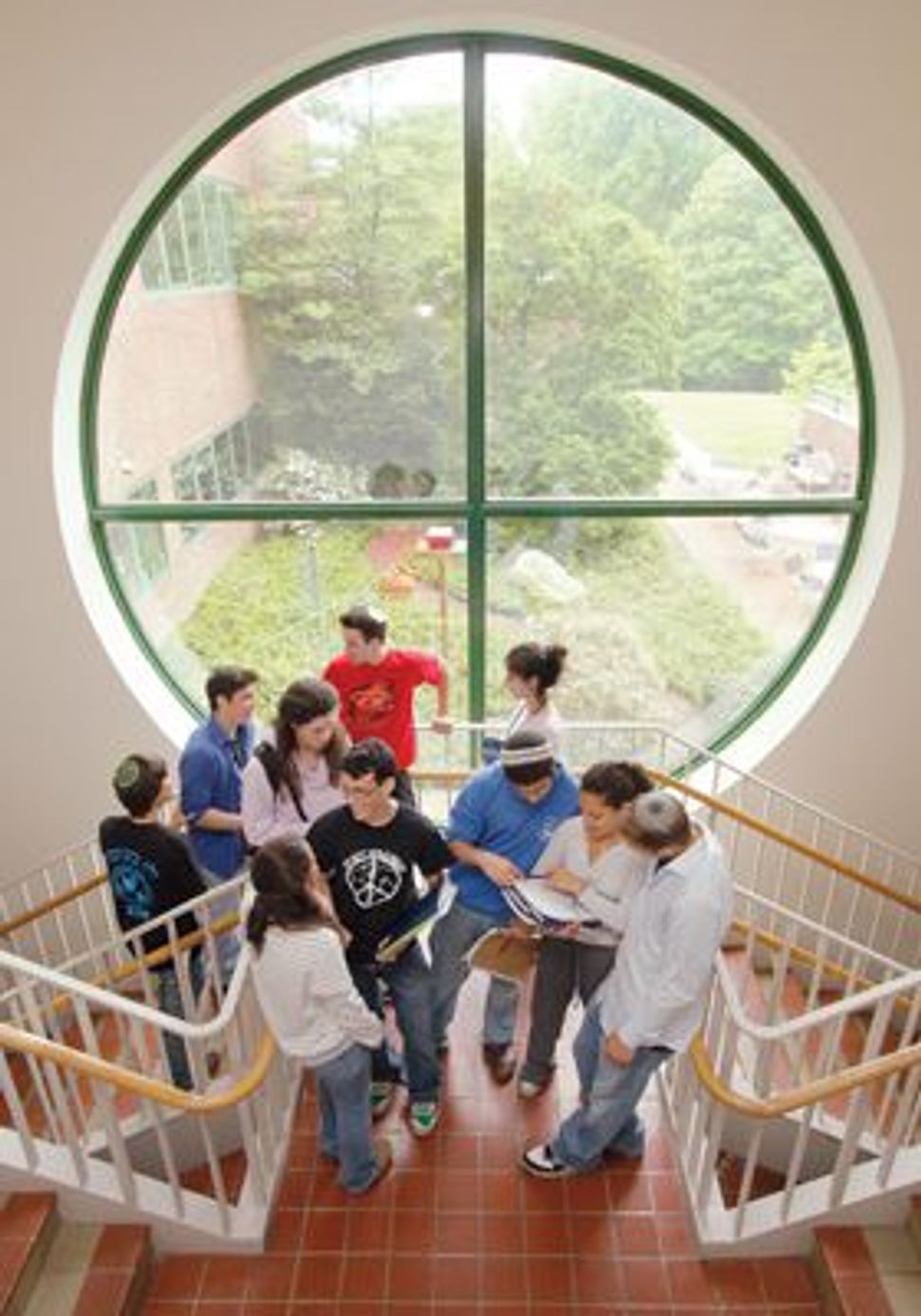 When Len Lipkin and his wife, Jill Maderer, a Reform rabbi in Philadelphia, started thinking about kindergarten for their son last year, they chose a Quaker school. “It’s tough,” sighed Lipkin, explaining why they didn’t go the Jewish day school route. “The question really became, do you need to have [Judaism] in every piece of your life in order to foster a Jewish identity?”

For Lipkin and his wife, the answer was no.

But decisions like theirs are vexing Philadelphia’s Jewish day schools. With six day schools across the denominational spectrum, such dilemmas as high tuition, declining enrollment and competition — with each other and from public and private schools — are taking a toll.

“As a region, there is more demand for the schools than there are finances to support them,” said Stuart Appel, a past board president of Perelman Jewish Day School, an elementary and middle school aligned with Conservative Judaism. “Funding sources are stretched thin.”

In response, some schools are merging to stay viable. In Phoenix this spring, the troubled Jess Schwartz Academy merged with Pardes Jewish Day School. Others have scaled back or closed, including Baltimore’s Yeshivat Rambam, New Jersey’s Moshe Aaron Yeshiva High School and Los Angeles’ Shalhevet, which kept only its high school open.

“We see very clearly what’s going on,” said Jonathan Zimbalist, past president of Philadelphia’s Torah Academy, an Orthodox school. “The threat is real.”

According to the 2009 Greater Jewish Population Study, commissioned by Philadelphia’s federation, 75% of students living in Jewish households attend public school. Among children ages 5 to 17, only 16% attend day school; for high schoolers the number drops to 9%. 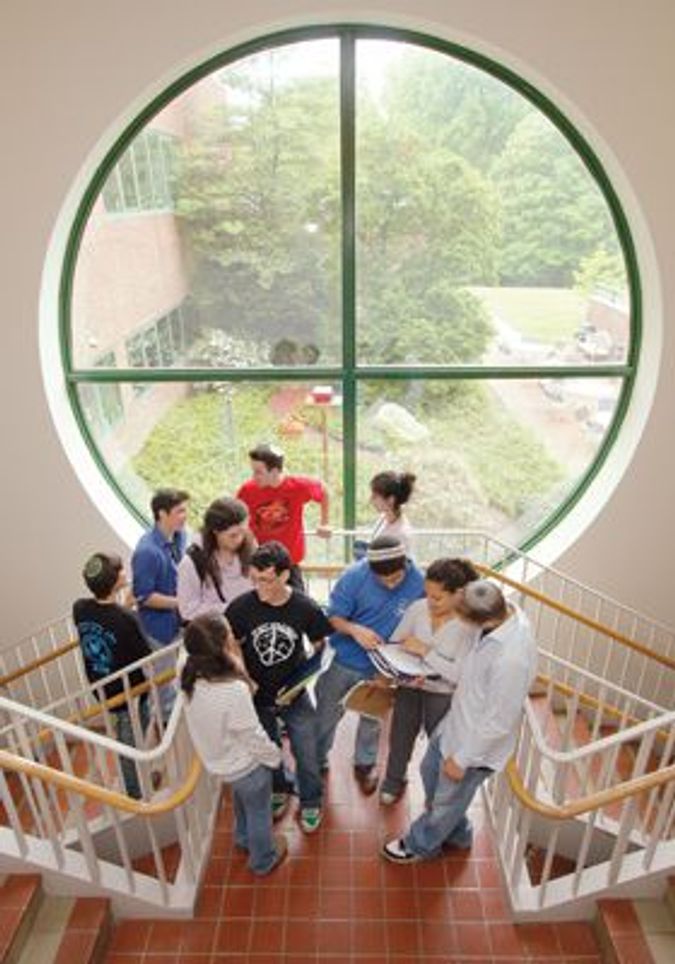 Despite different approaches, the schools draw from a similar demographic. “There’s a small population of people who care enough about Jewish education that they’re willing to pay $20,000 a year,” said a Philadelphia parent, who requested anonymity. “[These schools] are at war over those kids.”

Three years later, Barrack will start the 2011-12 school year with declining enrollment, while Perelman is poised for a slight uptick after several years of decline.

For Barrack, which expects 280 students this fall, the decline comes on the heels of moving to a more expensive campus. In 2007, the Jewish Federation of Greater Philadelphia purchased a $30 million campus where Barrack is the anchor tenant. “We have the same dip in enrollment that other schools have,” said Sharon Levin, interim head of the school. “Of course [the campus is] more costly, but we’re in partnership with the federation on that.”

But about half of Barrack’s students are receiving financial assistance, up from 30% a few years ago. “These are not easy times for anyone,” Levin said.

Board President Dr. Elliot Norry said Perelman has fared better than others by offering several economic incentives for students entering kindergarten and first grade over the past three years, among other things.

“We are economically stable at this point,” Norry said. “Could it be better? Absolutely. Could we expand our enrollment by offering lower tuition if we had more funds? You bet. But we are running the school in a financially responsible and sustainable fashion.”

In the past three years, he said, Perelman increased the unrestricted philanthropic gifts it received, paid down its deficit and negotiated a new teachers’ contract. In 2011-12, tuition — which ranges from $14,550 for kindergarten to $21,100 for middle school — went up only 1.5%.

Still, high tuition is no small thing when considering a free option: the Philadelphia area’s excellent public schools. Day schools also face competition from strong private schools. But what makes Philly unique is the competition from a dozen Quaker schools also called Friends’ schools. There are five Friends’ schools in the city of Philadelphia and another half dozen or more in the suburbs — schools whose openness and values have gained popularity among some Jewish families. “Yes, we felt like we were giving something up by not sending my son to day school,” said Lipkin. But he said any choice involves compromise, and he and his wife were concerned that a Jewish day school would not be diverse enough; their son could also be exposed to aspects of Judaism that differed from their customs at home. “The decision you have to make as a parent is what can you supplement.”

Around the country, struggling day schools in some places are benefiting from major philanthropic funds. Boston day schools got a $45 million gift from a group of anonymous families several years ago. The Gann Academy received a $12.25 million gift to erase its debt. In Los Angeles, a community-wide effort to raise $100 million in endowment funds for day schools has been bolstered by local philanthropy, including a $5 million challenge pledge from the Simha and Sara Lainer Family Foundation, among other gifts.

To be sure, Philadelphia’s day schools are not without benefactors. Among them, attorney Leonard Barrack, who donated $5 million to Akiba in memory of his brother. Ray Perelman and the late Ruth Perelman are other big givers.

But those funds are not a panacea. “We’ll raise a lot of money for other causes, but creating major funding for Jewish day school partnerships has never been something that any of the schools has been able to do with regularity and great success,” said Appel, the Perelman past board president. Case in point: The school gifts were dwarfed by the Perelmans’ $225 million gift in May to the University of Pennsylvania’s School of Medicine. Compounding matters: Last year, the Philadelphia federation gave $1.6 million to day schools, $300,000 less than the year before. Other programs also received less, because unrestricted funds declined 14%, to $16.3 million.

However, Philadelphia venture capitalist David Magerman, who in 2008 established the Kohelet Foundation, has made longer-term investments, giving $15 million to Philadelphia day schools to date. “We hope that we can inspire schools to move away from too commonplace competition for students,” said Holly Cohen, Kohelet’s executive director.

Amir Goldman, Torah Academy’s board president, said Kohelet’s investment — $900,000 over three years — enabled the school to add programs and grow enrollment to 310, from 250 four years ago.

In February, Philadelphia also became part of a $3 million, five-city project to make day schools more financially efficient. The project is a collaboration between the Avi Chai Foundation and Yeshiva University, with Harry Bloom, of Y.U.’s Institute for University-School Partnership, doing a financial benchmarking and analysis of schools.

As for the possibility of a merger, it is an ever-present topic of conversation. Both schools said renewing talks is neither out of the question, nor an active consideration.

“I know that Barrack is having difficult times. I sent two kids there. I want it to be economically vibrant,” said Norry, who suggested one way to populate day schools is to focus on kindergarten and first-grade enrollment. In six years, middle schools would be full.

But he acknowledged that strategy’s complexities.

“It’s an easy position for us at Perelman to take if the community invests in our school,” Norry said. “At Barrack, you’re asking them to fasten their seatbelts for five, six years and hope it works out.”