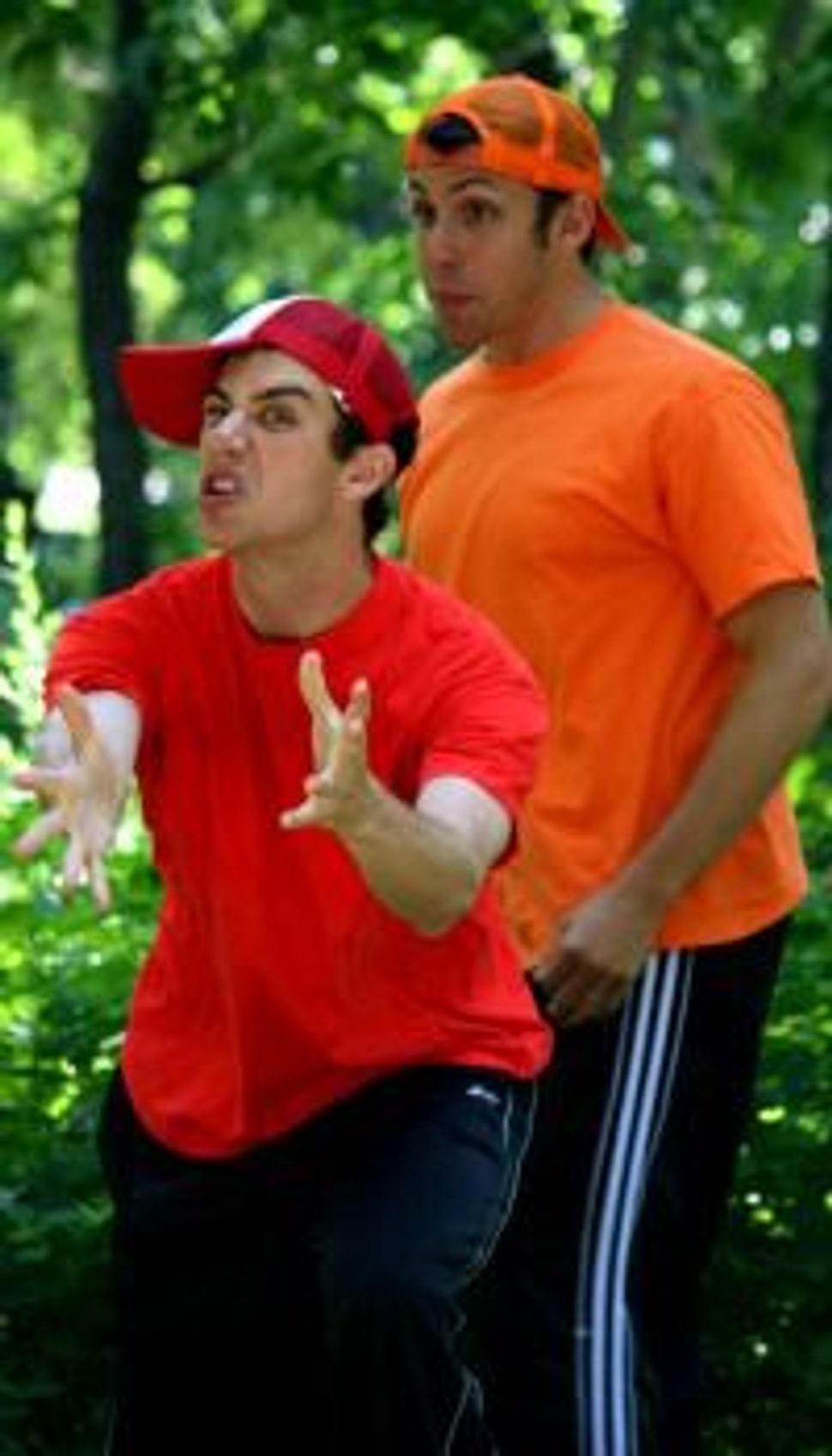 Wearing a funny hat and spewing bad biblical puns, Aaron Friedman didn’t look or sound like your typical Moses as he took to the stage during a recent performance by the Bible Players theater group.

“What’s the difference between an Israeli and an Israelite?” he asked fellow actor Andrew Davies, who played the part of the Burning Bush.

The yuk-fest is just what Friedman and Davies were aiming for when they founded the theater group in January. They hoped to make Torah learning more accessible and fun for children, with colorful costumes and modern takes on the timeless stories. 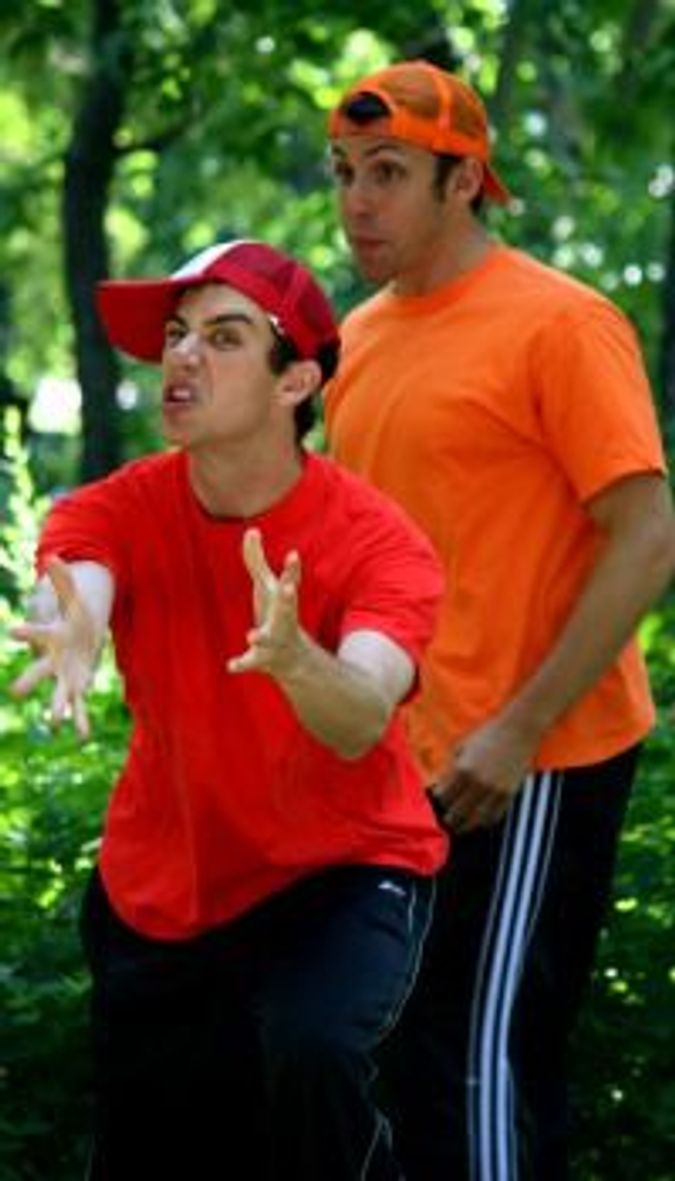 “We want to be part of a solution for making it more fun and more engaging for kids,” said Davies, 27.

For the past few months, the Bible Players have been performing at synagogues and Jewish day schools around the New York area, acting out goofy “Bible Bits” skits and facilitating interactive games.

The two-man company is a minimalist act. When Friedman and Davies perform, they don’t wear costumes or use intricate props — just bright-colored outfits and hats.

“We want the kids to know they can also do improv themselves,” said Friedman, 28. “They don’t need costumes and a stage. It’s all about what’s in you.”

Both Friedman and Davies attended Solomon Schechter day schools and Jack M. Barrack Hebrew Academy, in Radnor, Pa., a Philadelphia suburb. For the childhood friends, day school years were a mixed bag of good and bad teachers, some who sparked their creativity and some who put them to sleep.

Friedman graduated from Columbia University’s Jewish Theological Seminary Program in 2005, and Andrew graduated from Brandeis University in 2006. Since then, the two have collaborated on various comedy projects, and Bible Players is their latest venture.

“I think that a lot of schools are frankly turning kids off from Jewish education and Jewish life,” Davies said.

Davies and Friedman started out with comedic career ambitions, and both have sustained personal commitments to Jewish education.

“It’s great to tell jokes, but to actually tell jokes that have substance, that have meaning behind them, and a history, is even better,” Friedman said.

Like their counterparts at Storahtelling, an organization dedicated to Jewish education through performance, the Bible Players also train teachers to implement some of the pedagogical tools that they tout.

What makes the Bible Players different from Storahtelling, Friedman said, is that he and Davies are focused on comedy catered to a younger audience, comprised of kinderg arteners through seventh graders.

“We don’t push God so much,” Friedman said. “It’s more about the morals and the mitzvot.”

Daniella Wexler is a freelance writer living in New York.