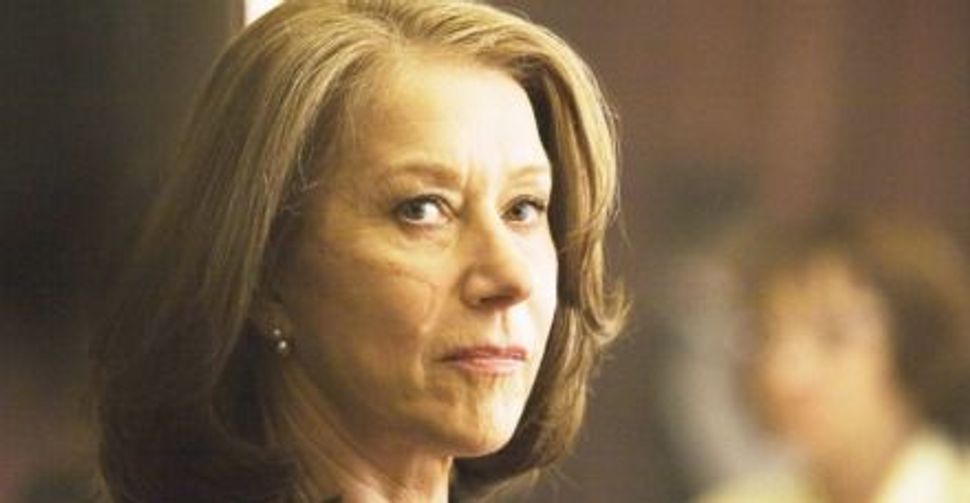 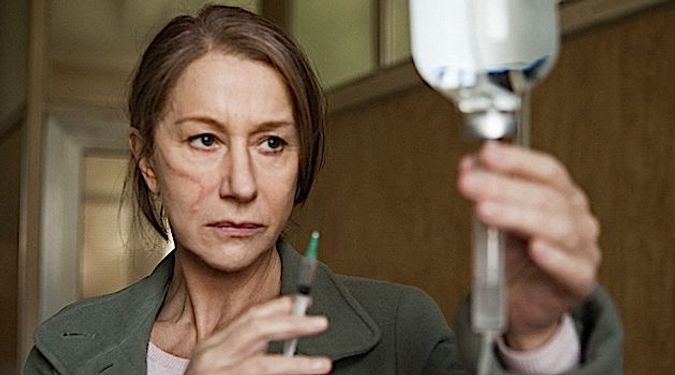 An Injection of Class: Helen Mirren excels as a former Mossad agent in ?The Debt.? Image by Focus Features

What happens when you take an Israeli spy thriller and pump it up with high-budget steroids for a Hollywood remake? That is the question posed by “The Debt,” in which actors feign Israeli accents with varying degrees of success and attempt to tell a story that, while visceral and heartfelt in the Hebrew version, turns comparatively superficial and supercilious in the American one.

The original motion picture, “Ha-Hov” (“The Debt”) (2007), directed by Assaf Bernstein, was nominated for four Ophir Awards, the Israeli equivalent of the Oscars, but didn’t garner much of an audience internationally. Focus Features and Miramax have reimagined the film to include Helen Mirren and Tom Wilkinson, along with better costumes and dramatic music for chase scenes.

The story deals with retired Mossad agents Rachel (Mirren), Stefan (Wilkinson) and David (Ciaran Hinds), and a 1965 mission that won them renown. In East Berlin, during the Cold War, they killed Dieter Vogel (Jesper Christensen), aka the Surgeon of Birkenau, infamous for his Dr. Mengele-like experiments on Jews. The film catapults between the mission and the present, in which there is ambiguity as to whether or not the mission actually succeeded, and that ambiguity needs to be resolved.

The film meets its first hurdle of casting challenges well. Because it flips between two eras, two people play each character: one older and one younger version of the same person. Sam Worthington as the young David meshes believably with Hinds as the older version of himself, and the fiery performance of Marton Csokas as the young Stefan (looking like a younger and even angrier Russell Crowe) outshines even Academy Award nominee Wilkinson.

In the original film, Gila Almagor played the lead female Mossad agent, and the inimitable Mirren is a worthy successor to Almagor’s prowess. Mirren has the actor’s gift of appropriating dialogue as though it were truly her own. Unfortunately, the contrast between her skills and those of her younger version, Jessica Chastain, reflects poorly on the latter. Chastain is certainly lovely to look at in the period clothes of the “Mad Men” era, but her character appears to vacillate between two states — distressed and disconcerted — and never seems to have a core competence, or even a sense of control, that would be a necessity for even a young Mossad agent.

While the psychological depth of the older characters is deftly portrayed, Chastain as the young Rachel is too much of an incomprehensible cipher to carry a story of this weight. Sure, the film’s most suspenseful moments are still there — the moments when Rachel, pretending to be trying to conceive, visits the surgeon of Birkenau, now in hiding as a gynecologist practicing in East Berlin. The interactions between Rachel and Vogel surely show the most dramatic tension ever established while knicker-free and in gynecological stirrups.

But such scenes were true to the original film and, because they were less heavy-handed, were done better the first time around, because of less Hollywood hype. This film, directed by John Madden, is accompanied by an ample, stirring score, rapidly changing camera angles and excessive admiration time penciled in for flawless Hollywood faces. These are the staples of the typical James Bond film, and seem to be what film audiences want out of a European-based thriller. It’s “Munich”-meets-“Fast and Furious” (“Fast and Fuhrerious”?).

Now, I’m not a purist — I don’t always believe that original versions of films are better (although actually, when I think about it, I can’t think of a single remade version of a film that surpasses the first). My problem with this adaptation, however, goes far deeper than quibbles with the Hollywood paradigm that the most attractive actress is the best one, and into the story itself. In the Israeli version, the pain of the Holocaust, and the need to find the murderers who participated and make them pay for their wrongdoing, was paramount. In the American version, one gets the sense that the Nazis are mere cartoons of evil, created long ago, and the real bad guys are the Israelis.

“You spent 30 years taking credit for it. Aren’t you tired of lying?” One character tells another, speaking of Vogel’s alleged death.

While I may be overly sensitive on this point, the film seems to be focused on the lie the Israeli characters allowed to exist rather than on the unutterable evils perpetrated by the person they are hunting. And by shifting the focus, from the quest for justice in the face of unspeakable evil to Israelis feeling bad about their own wrongdoing, “The Debt” stands the underlying story on its head in a far more dramatic and insidious way than casting choices alone ever could.