Warts and All, Wendy Wasserstein Had Love to Spare 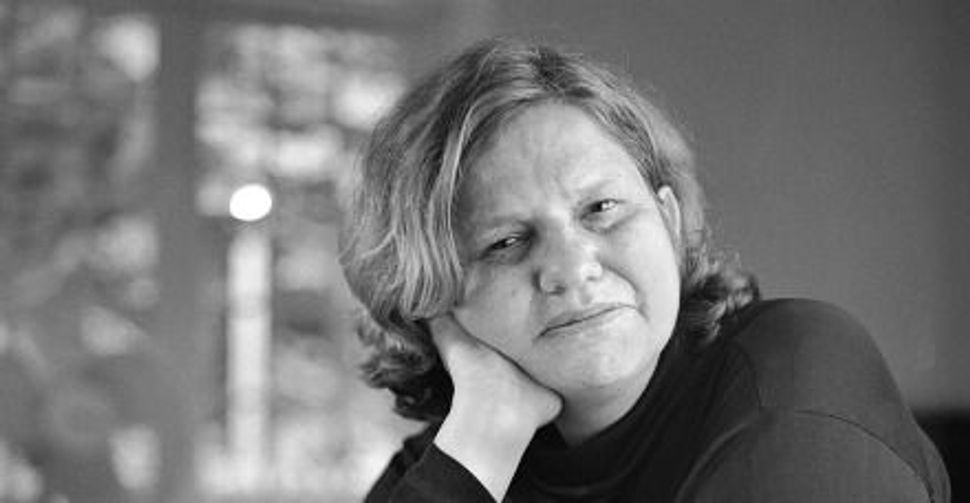 Image by Courtesy of Wasserstein Family 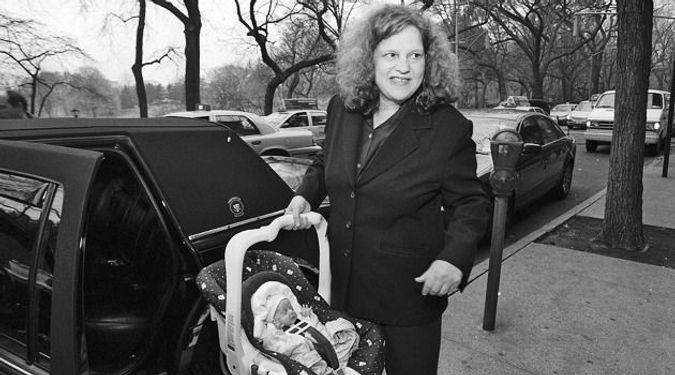 Mom and Playwright: Like her character in ?The Heidi Chronicles,? Wendy Wasserstein yearned to be a mother. Still, she hid her pregnancy from many of her closest friends. Image by Courtesy of Wasserstein Family

Wendy and the Lost Boys: The Uncommon Life of Wendy Wasserstein
By Julie Salamon
The Penguin Press, 460 pages, $29.95

‘Uncommon Women and Others” was Wendy Wasserstein’s first major play. And Julie Salamon’s well-researched, engrossing new biography, “Wendy and the Lost Boys,” makes it clear that Wasserstein was no commonplace woman herself.

This revealing and insightful portrait of the award-winning playwright (who died at age 55 in 2006) is the first full account of her life. It is faithful to the warm, accessible, willfully unglamorous woman I interviewed on occasion ­— and the wise-cracking author whose ambivalence about love, marriage, sex and generational flux resonated with her baby boomer peers.

Aided by her in-depth interviews with some Wasserstein relations, and especially members of her chosen family — a devoted cadre of friends and colleagues — Salamon dug far beyond the charming, girlish public persona of this “quintessential New Yorker.”

Wasserstein’s contradictory nature is a theme throughout the book. She was gifted and insecure, shrewd and vulnerable, gregarious and covert, a social butterfly with luxury tastes who disapproved of and lampooned the Manhattan elite she hobnobbed with. She longed for a partner and children, but lavished love on unavailable men and adult “lost boys” (hence the title’s reference to “Peter Pan”).

And, though raised in a hard-driving New York Jewish family that was tight-lipped about its problems, Wasserstein, writes Salamon, “became a celebrity by opening her heart and her family album for the world to see,” via her witty, wistful and somewhat romanticized plays.

The Wassersteins were indeed a formidable clan. Wendy’s flamboyant, hyper-critical mother, Lola, and her father, Morris, the gentle owner of a ribbon business, were non-observant, Polish Jewish immigrants who prospered in New York and expected much of their offspring.

Plump, endearing and a mediocre student, Wendy was the youngest of four children in a competitive household and a lifelong target for her mother. Lola constantly measured Wendy against her svelte, ambitious and more marriageable sisters, future corporate executive Sandra and innkeeper Georgette, and their type-A brother, Bruce (who became a Wall Street mogul).

Salamon stresses that Wendy’s tendency to hide key personal matters from even her closest friends stemmed from a family “code of silence.” Georgette only learned accidentally that Sandra was her half-sister, from Lola’s unacknowledged first marriage to Morris’s late brother. The existence of another half-sibling, Abner, 10 years Wendy’s senior, was also kept in the shadows. Prone to seizures and violent tantrums at a time when such conditions seemed incurable, Abner was institutionalized as a child and virtually barred from the family circle. Wendy didn’t meet him until she was 48 and he sought out his famous sister after a lecture she gave.

Given her tenuous self-esteem, Wasserstein’s blossoming as a writer was a triumph of will and talent. She was a fish out of water at the WASPy Ivy League bastion, Mt. Holyoke College, but kept her eyes and ears open. Later she would cannily, irreverently (and none too flatteringly) capture the Mt. Holyoke milieu, foes and friends, in “Uncommon Women and Others.”

First, however, she attended Yale Drama School in the mid-1970s and found her theatrical voice. It was a fresh, distinctively female, romantically sardonic and, above all, an accessible voice, with redolent, wry notes of Neil Simon and other Jewish humorists. And it was undervalued at Yale, except by supportive classmates, including playwright Christopher Durang and actress Sigourney Weaver.

But by 1977, when “Uncommon Women” scored Off Broadway, critics and audiences jumped on the bandwagon, too. A decade later, her Broadway smash, “The Heidi Chronicles,” brought Wasserstein celebrity, a Pulitzer Prize and the first solo Tony Award bestowed on a woman playwright.

“The Heidi Chronicles” captured the zeitgeist and was emblematic of, in Salamon’s words, “a period of momentous change in women’s lives and personal relationships.” It depicted the passage of a feminist art professor from the heady 1970s surge of the women’s movement to her ’80s disappointment in its aftermath.

Snappy quips with undercurrents of pathos, and bitterness ripples through this tale of a high-achieving woman in her late 30s, yearning for a sense of personal fulfillment that neither her female friends, a former lover, nor her gay soul mate can provide.

Heidi concludes only motherhood can fulfill her and adopts a baby alone. That ending rang true for some, especially other high-achieving, thirtysomething women with ringing biological clocks. But I wasn’t the only critic to find it a sentimental and simplistic resolution. Feminist pioneer Betty Friedan felt the play “inadvertently fed a media hype, a new feminine mystique about the either/or choices in a woman’s life.”

Wasserstein’s personal life at the time was a messier version of Heidi’s. Her own conflicting impulses played out in intense relationships with gay male colleagues — playwright Terrence McNally, producer Andre Bishop, set designer William Ivey Long — all of whom adored her, but none of whom could fulfill her need for a husband and children.

In later plays, Wasserstein contemplated the challenges faced by older women in class-bound society (“Third”), a materialist culture (“Old Money”) and national politics (“An American Daughter”). In the more autobiographical, Chekhovian “The Sisters Rosensweig,” she considered the life choices of three very Wasserstein-like sisters. Salomon calls the latter her “most deliberately Jewish play, beginning with the title,” and director Daniel Sullivan observes, “Jewishness became a very important thing in it, because that was part of home to [Wendy]. She had grown very far from that, and it was something she wanted to look at.”

In her 40s, Wasserstein maintained a frenzied schedule of writing, teaching, lecturing, socializing — and secretive fertility and artificial insemination treatments. In 1999, she finally produced a beloved daughter, Lucy Jane, even though few of her friends knew she’d been pregnant. Months later, she detailed the difficult, premature but rewarding birth in a candid New Yorker piece.

But as her tiny infant thrived, Wasserstein’s own health eroded. And when, tragically, a rare, fatal form of cancer curtailed her new motherhood, few of her inner circle knew how ill she’d been for a year.

Wasserstein left behind a trove of plays, essays and screenplays with fascinating snapshots of smart, privileged modern women trying to navigate confusing times. She also left many grieving friends for whom she’d been something of an enigma. Among them was former New York Times columnist Frank Rich, who told Salamon, “I grieve as much for the Wendy I didn’t know, as the Wendy I did.”

Misha Berson is the theater critic for the Seattle Times and author of “Something’s Coming, Something Good: West Side Story and the American Imagination” (Applause Books).

Warts and All, Wendy Wasserstein Had Love to Spare