Némirovsky’s Book Reveals Passion for Country That Betrayed Her 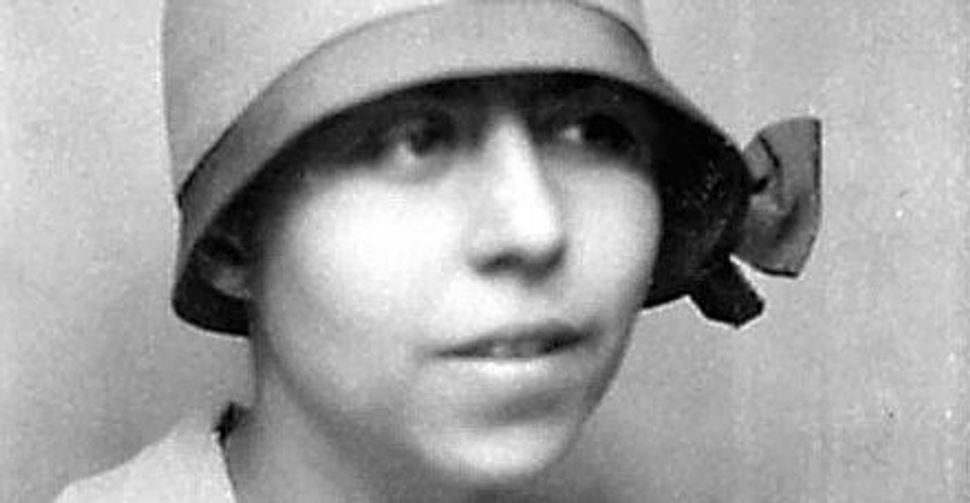 All Our Worldly Goods
By Irène Némirovsky, translated from French by Sandra Smith
Vintage, 224 pages, $14.95

‘All Our Worldly Goods” opens with fireworks. Two families, the Hardelots and the Florents, gather on a Normandy beach to watch a pyrotechnical display light up the late-summer sky. Indifferent to Simone Renaudin, the pudgy, sullen heiress his family has chosen to be his fiancée, Pierre Hardelot is secretly in love with Agnès Florent. Because Agnès is merely the daughter of a deceased brewer, she is off-limits to Pierre, whose grandfather owns the paper mill that employs most of the inhabitants of Saint-Elme. Yet Pierre’s passion is as combustible as the rockets bursting in air above the coast of Northern France. Defying the wrath of his wealthy, imperious grandfather and the sting of local gossip, Pierre jilts Simone and marries Agnès. Despite the tribulations of economic hardship and two devastating wars, their love endures. 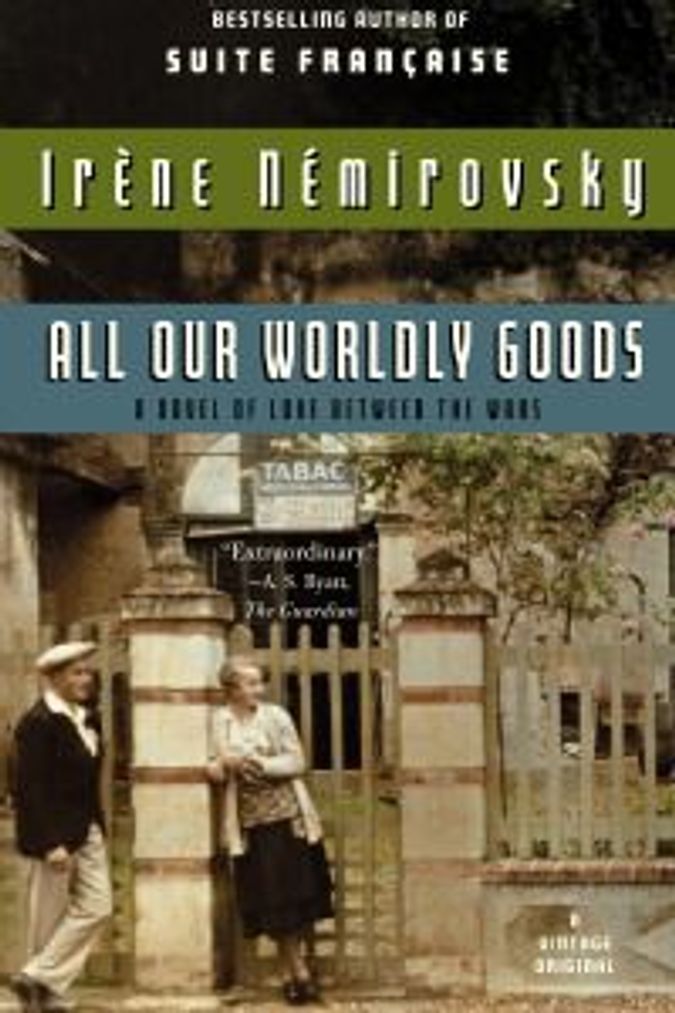 No Refuge: Irène Némirovsky?s account of wartime France is ?suffused with a melancholy awareness of human contingencies.? Image by Courtesy Vintage

Like “Suite Française,” the epic account of France at war that, unfinished at Irène Némirovsky’s death, in Auschwitz in 1942, was not published until 2006 (2008 in English), “All Our Worldly Goods” is a posthumous publication. Composed and completed between 1940 and 1941, it languished in manuscript while the Vichy régime banned books by authors of Jewish origin. It was not until 1947 that “Les Biens de ce Monde” appeared in France. And it was not until 2008 that the London firm Chatto & Windus brought out an English translation. Even in its new American edition, that same translation, by Sandra Smith, is both lucid and British; flashlights are “torches,” diapers are “nappies” and characters pursue “honour.”

“All Our Worldly Goods” is more coherent, less ambitious and more fully satisfying than the highly acclaimed “Suite Française.” It, too, offers harrowing spectacles of mass flight from invading German forces, though the shorter novel extends into one World War from another, and Saint-Elme is reduced to ashes in both 1914 and 1940. More remarkable, perhaps, is the fact that, like “Suite Française,” “All Our Worldly Goods” is Judenrein: There is not a hint of a Jew anywhere in Saint-Elme or even Paris, where Hardelots at times take up residence.

Born to a wealthy Jewish family in Kiev in 1903, Némirovsky had by the 1930s reinvented herself in Paris as a successful author of popular French fiction. But even her conversion to Catholicism and her friendships with influential fascists did not enable her to obtain the French citizenship she desperately sought. Nevertheless, after 1940, nothing she could have done would have permitted her to market a novel populated by Jews. Némirovsky’s effort to reject her roots did not spare her the gruesome fate suffered by millions of other European Jews.

In “The Wine of Solitude,” a 1935 novel that Vintage is also republishing in English this year, Némirovsky refers to France as “that sweet land, the most beautiful in the world.” Ostensibly, “All Our Worldly Goods” is a celebration of love — between Pierre and Agnès, but also between their son, Guy, and the daughter of the family’s nemesis; however, the most powerful passion in this novel, as in the rest of the Némirovsky oeuvre, is the author’s own Francophilia, the unrequited love of a woman who embraced the language and religion of a country that spurned and, ultimately, murdered her.

In one dramatic scene in “All Our Worldly Goods,” a father prays in church that his beloved son, conscripted into battle, be spared and that he, the father, be killed instead. Immediately, a shell hits the church, and the father dies. The son survives, just as the remarkable novels of Némirovsky — who, at 39, became one of French literature’s most devoted martyrs — outlive their hapless author.

Némirovsky’s literary affinities are not to be found within her generation of scattered Eastern European Jews: Elias Canetti, Arthur Koestler, Carlo Levi, Henry Roth and Isaac Bashevis Singer were each born within a few years of her. Nor is she interested in the formal innovations that Marcel Proust, André Gide or Louis-Ferdinand Céline brought to modern fiction. Instead, look, as she did, to the great French realists of the 19th century for comparable virtuosity in fashioning character and scene. Julien Hardelot, the rich old autocrat of Saint-Elme who jettisons his insubordinate grandson, and Simone Renaudin, who spends a bitter lifetime plotting revenge against the man who snubbed her, are monsters who would be at home in the pages of Balzac. Némirovsky’s knack for contriving plots with ironic twists would earn a benediction from Maupassant. “How little it takes to turn the course of your life in a different direction,” Agnès marvels, and “All Our Worldly Goods,” written after the fall of Paris forced the novel’s author to seek temporary safety in a Burgundy village, is suffused with a melancholy awareness of human contingencies.

When Saint-Elme is destroyed, worldly goods become useless to those who have hoarded; however, within this fragile, flawed world, and despite her acid portraits of avarice and vanity, Némirovsky recognizes the fundamental goodness of the vulnerable French world she conjures up. Her France is “a tableau of heart-rending despair,” but the penultimate sentence of “All Our Worldly Goods,” echoing the original title, reports that Agnès “had gathered in all the good things of this world, and all the bitterness, all the sweetness of the earth had borne fruit.” Irène Némirovsky’s fiction is among the good things of this world, and the pity is that this is the final novel that she lived to complete.

Steven G. Kellman is a professor of comparative literature at the University of Texas at San Antonio.

Némirovsky’s Book Reveals Passion for Country That Betrayed Her