Spiritual Encounters of a Philosopher of Science 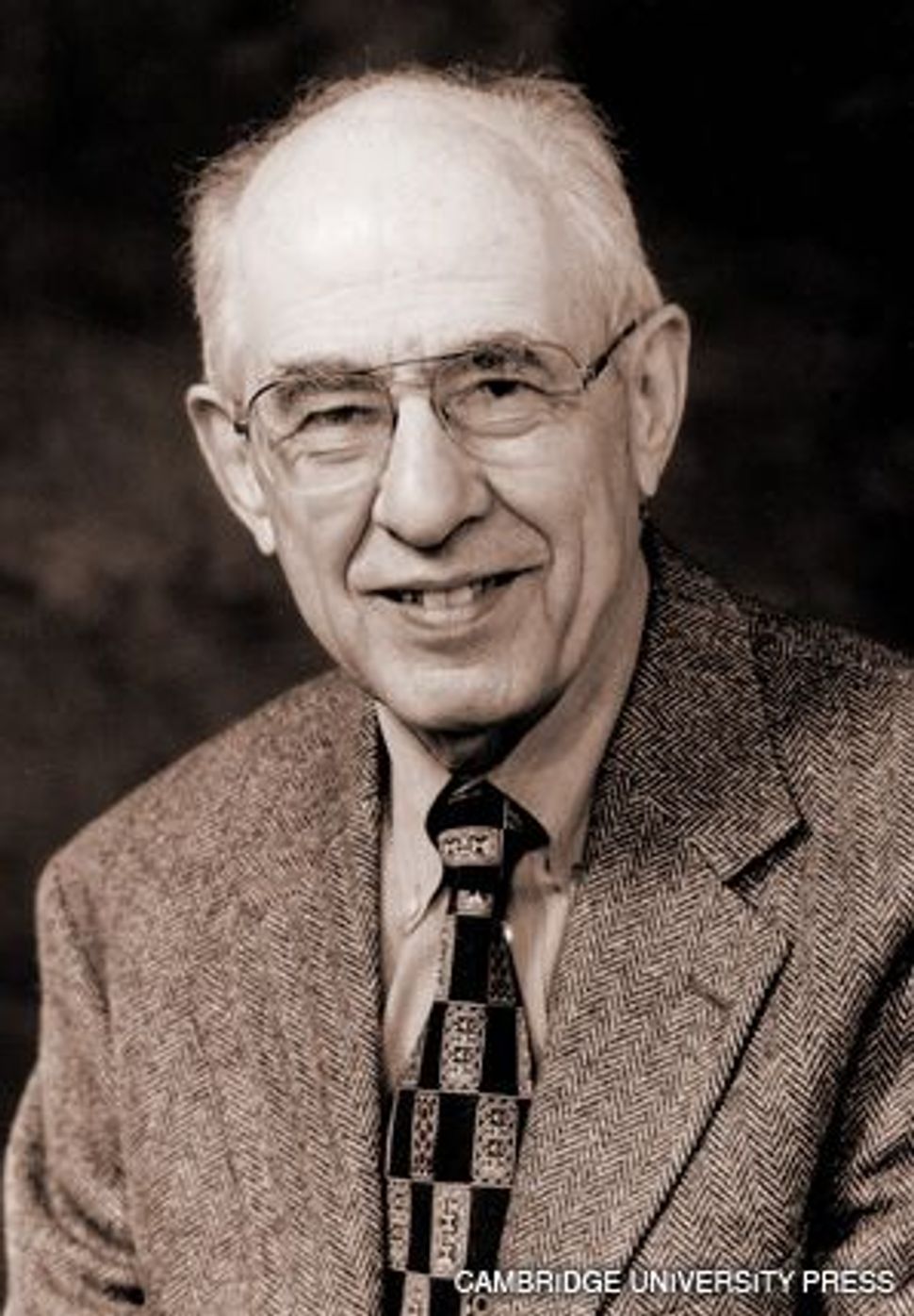 Jewish Philosophy as a Guide to Life 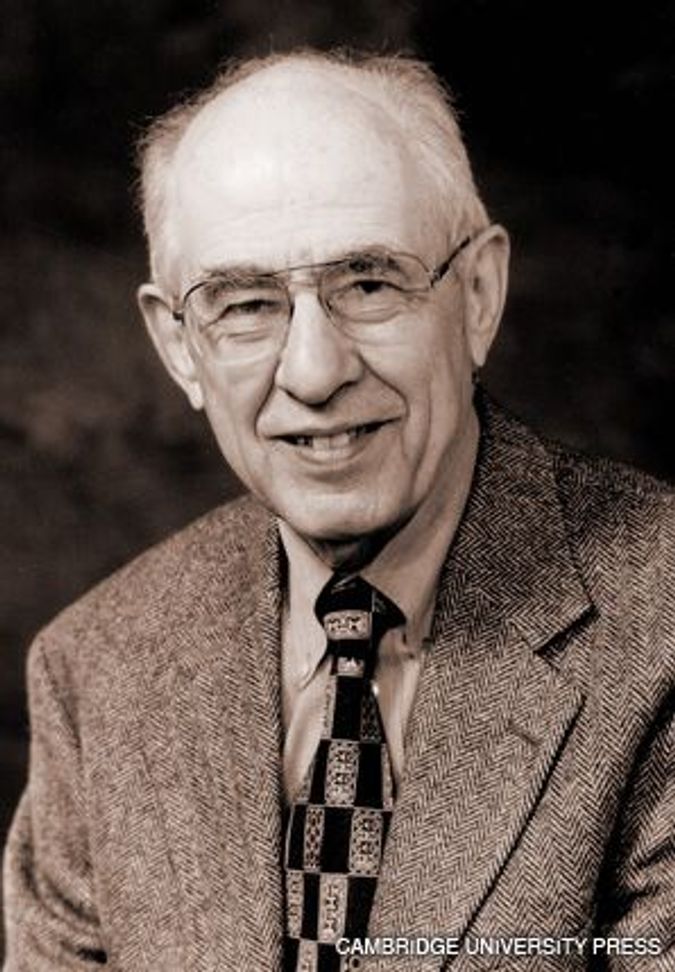 Hilary Putnam is one of the 20th century’s most influential philosophers, known worldwide for his many contributions to diverse areas of philosophy, from ethics to philosophy of mind to the relationship between science and the real world. Equally well known among his peers is his willingness to revise and reflect on his own beliefs.

His new book, “Jewish Philosophy as a Guide to Life” (Indiana University Press), examines the thought of three Jewish philosophers, Franz Rosenzweig, Martin Buber and Emmanuel Levinas, along with a man he calls a “half-Jewish philosopher,” Ludwig Wittgenstein.

Recently, he has been a critic of a widespread “scientism,” which wrongly assumes that facts and values ca be clearnly separated. A member of the Harvard University faculty since 1965, he is a fellow of the American Academy of Arts and Sciences and a former president of the American Philosophical Association.

Born in Chicago in 1926, Putnam was reared in a militantly secular, socialist milieu and was long associated with radical politics. Starting in midlife, he became a religious Jew deeply concerned with the relationship between Judaism and the world at large. He celebrated his bar mitzvah in 1994, and has written periodically on Judaism and philosophy.

The Forward’s Zackary Sholem Berger asked Putnam about these thinkers and his own religious thought.

Zackary Sholem Berger: Are you a Jewish philosopher?

Hilary Putnam: I’m occasionally a Jewish philosopher. I started as a mathematician and a philosopher of science. I started writing about ethics because I thought that the available arguments were terrible… I always had religious feelings, but I wasn’t [involved in Judaism] until my son said, “I want to have a bar mitzvah!”

[That was in 1975. Putnam became a member of the Worship & Study minyan at the Harvard Hillel, using a Conservative prayer book.]

I kept these two sides of myself separate. But I decided that before I leave Harvard, I want to teach some Jewish philosophy. That’s what reconciled these sides of myself.

ZSB: In your introduction, you summarize Wittgenstein as saying “a religious person theorizing about God is beside the point.”

H.P.: All these three thinkers say it better than I can. For them, the religion has to be a way of life or it’s nothing. Theory is at best a prelude to that, and often a distraction from that. The right theory is not the purpose.

ZSB: You’ve written about the myth of the fact-value dichotomy. Is this a myth that’s present in discussions of religion?

H.P.: The dichotomy misses the fact: They are entangled. There are no facts which are free of value judgments. For religion, there’s the danger of reductionism: Because matter obeys physics, the laws of physics are all there is. I appreciate the God of negative theology, but I’m a religious person, and the available God, the God I imagine, is a human construct. Some of my friends find this a little bit shocking.

ZSB: I find it shocking.

H.P.: In my spirituality, I visualize God as a person. It’s not that I believe God is a person. I think, what would an ideally wise, ideally good person — and maybe with a little bit of a sense of humor — want me to do? That is the central spiritual experience. Okay, do you believe God has a mind? No, of course not. To see that God is a half-truth. We construct God in response to demands we don’tmake. I don’t have a philosophical theory of metaphysics to account for that. All these religious existentialists have a sense of encounters, the spiritual encounter which is life-transforming.

ZSB: Buber talks about the I and You relationship. Rosenzweig talks about God, Man, and World as incommensurable entities. What can the lay reader take away from this book about their philosophies that can be applied to life?

H.P.: There is a religious existentialism at work among these philosophers, about the one commandment, to love God — how that can influence your life. Even though I’m horrified about the negative things he writes about other religions, especially Islam, there is a beautiful quote of Rosenzweig’s: “Their [pagan] services… may have been a singularly monstrous error — yet the prayer which rose from a tormented heart, and the tears shed by the Carthaginian father who led his son to Moloch sacrifice — these cannot have been unheard and could not have remained unseen.”

ZSB: Is there a risk of the religious life?

H.P.: There’s always the risk of fanaticism. I spend part of every year in Israel at Tel Aviv University. There, the conflicts of certainties are appalling; that’s beginning to be the case in the U.S. The extent to which the two cultures demonize each other — the red-state culture and blue-state culture — one can’t help feeling there’s something profoundly worrisome.

ZSB: Is there a final point that we in the American-Jewish community can take away from these thinkers?

H.P.: Some people fear it is. There are times when it does seem that way.

Spiritual Encounters of a Philosopher of Science