Healing Hands on a Keyboard 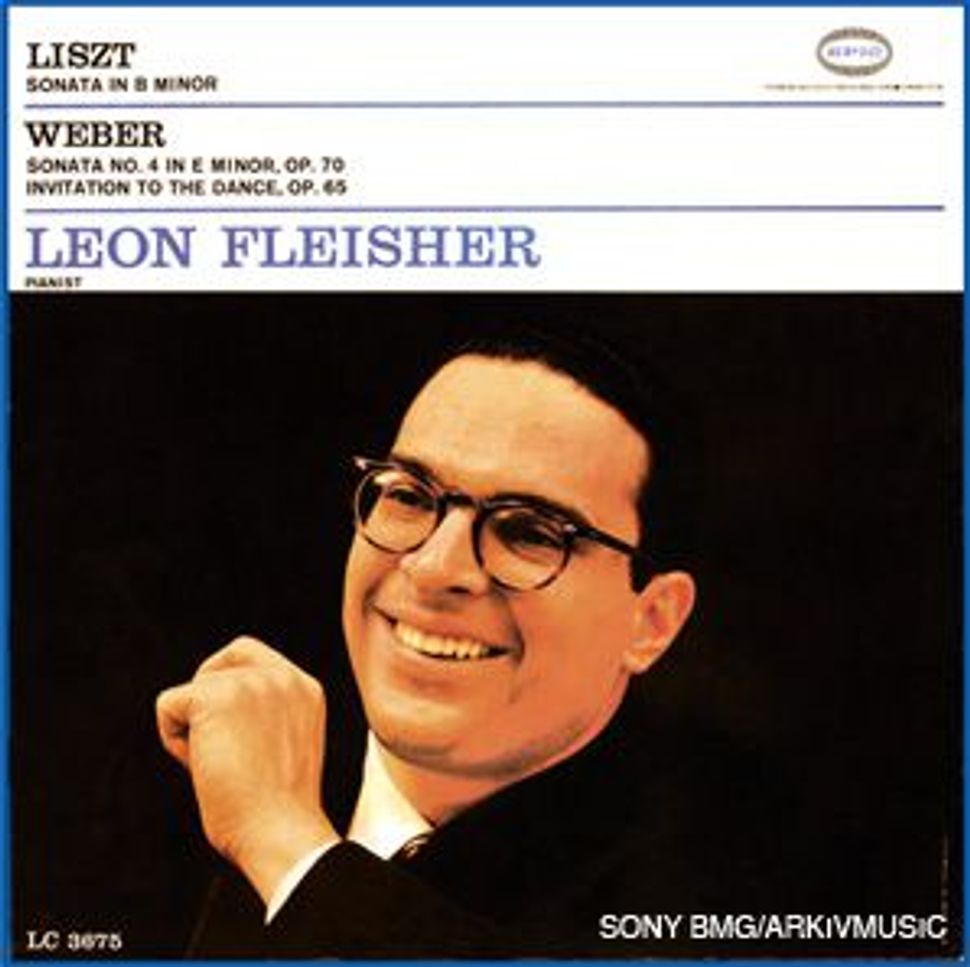 The classical music world is feting pianist Leon Fleisher with a yearlong celebration of his 80th birthday, featuring a much applauded series of concerts across America. The latest performances, at New York City’s Carnegie Hall on October 2, in Boston on October 3 and in Baltimore on October 5, are titled Leon Fleisher & Friends and include keyboard colleagues and former students Yefim Bronfman, Jonathan Biss and Katherine Jacobson-Fleisher, Fleisher’s wife. 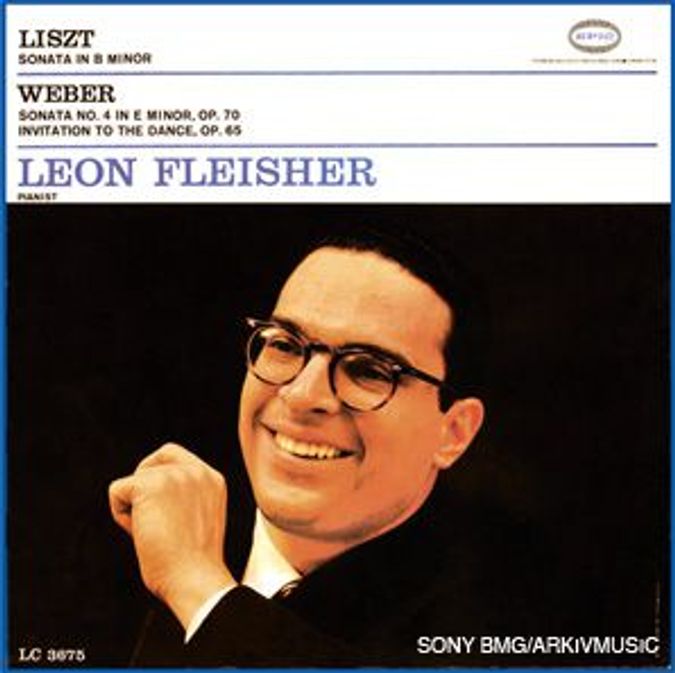 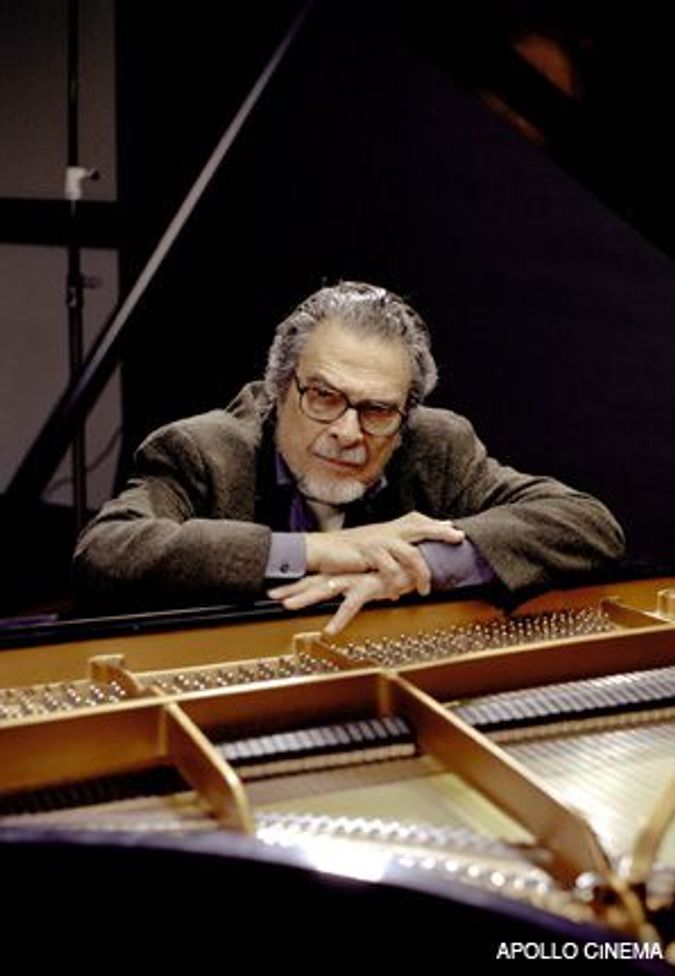 NO SURRENDER: Leon Fleisher in a still from the 2007 documentary ?Two Hands.?

A short documentary on Fleisher’s life, “Two Hands,” directed by Nathaniel Kahn, son of the late architect Louis Kahn, was nominated for an Oscar in 2007. And the Kennedy Center Honors last December lauded Fleisher as a “consummate musician whose career is a moving testament to the life-affirming power of art.”

And indeed, the entire year’s festivities are as much a testament to Fleisher’s triumphant life as they are a birthday party. One of the most celebrated pianists of the past century, Fleisher lost the use of his right hand at age 36 and was crippled through most of his adult life, until he remarkably regained use of the hand 40 years later, in 2004, through an experimental use of the Beverly Hills wonder-drug Botox.

Born in San Francisco in 1928, Fleisher was a child prodigy who gave his first public performance when he was 6. He had his debut at Carnegie Hall in 1944 at age 16, playing with Pierre Monteux and the New York Philharmonic. Over the next two decades, he performed around the world and garnered numerous honors, including first prize at the prestigious Queen Elisabeth Piano Competition in Belgium in 1952.

In 1964, Fleisher was stricken with a hand ailment that was later diagnosed as focal dystonia. It caused the fingers of his right hand to curl involuntarily into the palm, making it impossible for him to play the two-handed piano repertoire. For decades, he sought out treatments ranging from hypnosis to Rolfing (connective tissue manipulation) and meditation. Fleisher regaining the use of his right hand is thanks to the same substance that Hollywood stars use to relax wrinkles. A neurologist in Baltimore, where Fleisher teaches at the Peabody Conservatory, injects Botox into the pianist’s muscle, which thereby relaxes it. The result is magisterial playing by a musician who never gave up hope.

While afflicted, Fleisher continued to teach, conduct and play piano works written for the left hand. These continued efforts to hone his mastery of music allowed him to develop spiritually as a musician. Now that Fleisher is able to play more fully, he feels he is performing in a “state of grace, a state of ecstasy.” In 2004, Vanguard Classics released his first two-handed recording in more than 40 years, to deserved critical plaudits. The CD includes two works by Johann Sebastian Bach, “Jesu, Joy of Man’s Desiring” and “Sheep May Safely Graze,” played in a blissfully comforting way. Fleisher calls the two Bach pieces “mantra music” intended to usher listeners into a tranquil zone of receptivity. On a subsequent new CD, “The Journey,” released in 2006, Fleisher plays more Bach with heartbreaking wistfulness, this time the composer’s tender “Capriccio in B flat major on the Departure of his Most Beloved Brother.”

Yet it is Botox rather than Bach that continues to captivate much of the media to a distracting degree, with such news agency headlines as “Mysteriously Paralyzed Pianist Plays Again After Years of Botox.” Fortunately, Fleisher’s longtime record label, Sony BMG, has just decided to collaborate with the inspired online vendor ArkivMusic.com to reissue six long-out-of-print early recordings originally made between 1954 and 1963, thereby restoring attention where it belongs, to Fleisher’s music-making. These include a remarkable Mozart sonata CD, suavely played and crackling with intellectual energy. Another disc, devoted to such modern composers as Aaron Copland, Roger Sessions and Leon Kirchner, also benefits from Fleisher’s brainy musicality and his acute analytical gifts. Unsentimental performances of Brahms, as well as brisk, businesslike Ravel, round out these half-dozen CDs that are must-listening for all piano fans.

They remind us why Fleisher won so many supporters early on, from his childhood studies with legendary pianist Artur Schnabel to his many concerto recordings with George Szell, the martinet who conducted the Cleveland Orchestra. Szell was such a tyrant that even his own musicians referred to him as “Doctor Cyclops” and “the Nazi submarine commander.” Szell has nothing but esteem for Fleisher, who would later recall, “Szell and I never had a word of disagreement in interpretation or approach to the music.”

In truth, part of the reason for the fame of Fleisher’s Botox treatment is the pianist’s own irrepressible volubility. Renowned as an eloquent teacher at master classes, where his verbal flights can include poetic metaphors worthy of Harold Bloom, Fleisher has given countless highly publicized speeches about focal dystonia to medical audiences. Even his Kennedy Center honor was an occasion for verbal comment from Fleisher in the form of an op-ed article that appeared this past February in The Washington Post, detailing his recent “White House Dilemma,” as he termed it: “What made me unhappy and continues to trouble me was that I was required to attend a White House reception on the afternoon of the gala. I cannot speak for the other honorees, but while I profoundly respect the presidency, I am horrified by many of President Bush’s policies.”

Ultimately, Fleisher’s continued artistic survival against the odds gives him a charm that can overshadow such gifted American piano colleagues as Julius Katchen (1926 –1969) and William Kapell (1922  –1953), both of whom had the misfortune to die young. Fleisher’s 80th has been more noisily and continuously feted than the birthdays of two of his exact contemporaries, both worthy pianists who, born in 1928, also have battled hand problems, Gary Graffman (also a victim of focal dystonia) and Byron Janis (arthritis). This is, no doubt, because Fleisher’s rich discography, amplified by the new Sony BMG and ArkivMusic.com product, continues to fascinate to an unsurpassed degree, regardless of any speeches, op-ed pieces or Botox.

Benjamin Ivry is the author of biographies of Ravel, Poulenc, and Rimbaud; he also translates from the French.

Healing Hands on a Keyboard