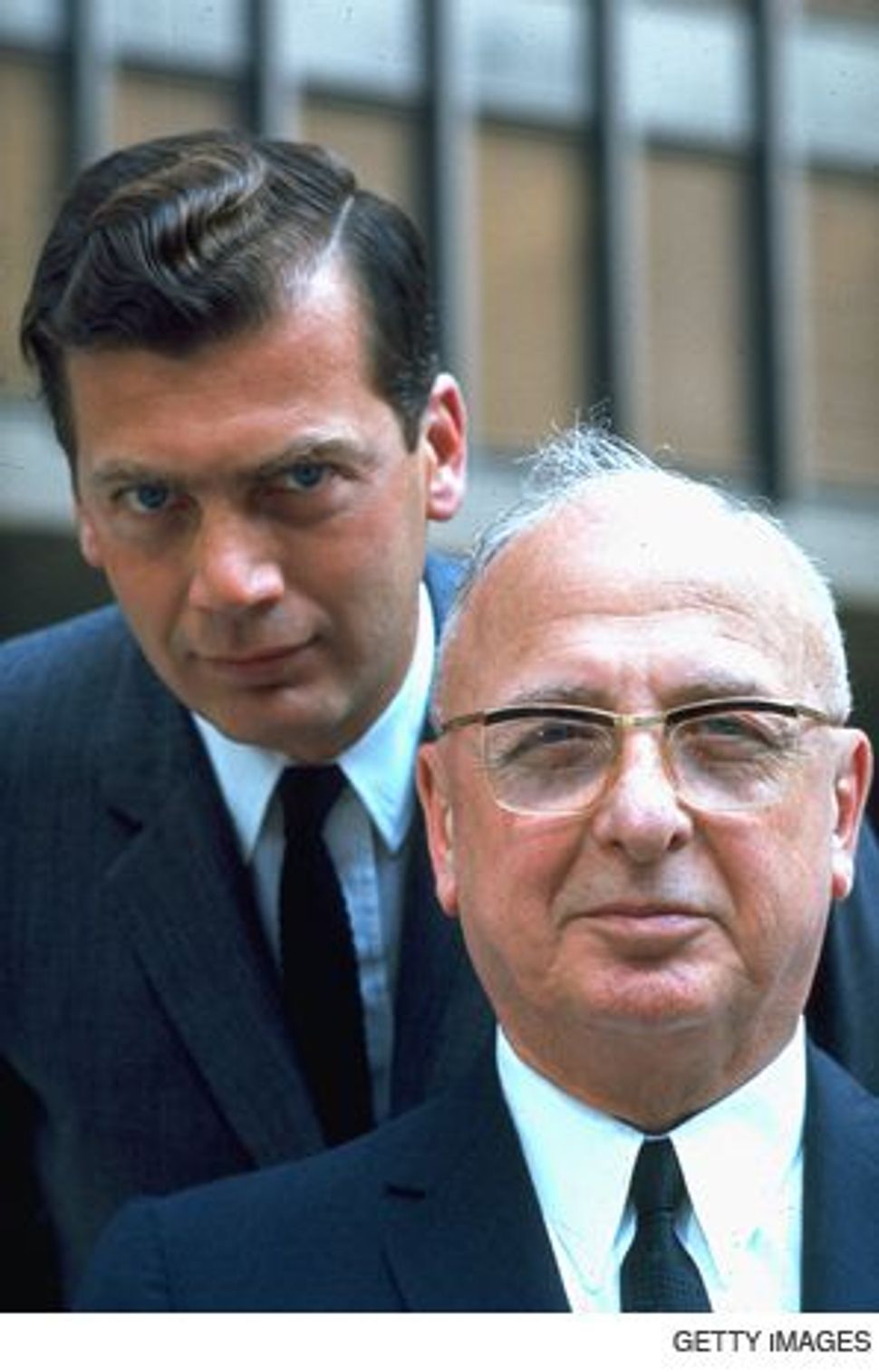 Hope, Not Fear: A Path to Jewish Renaissance 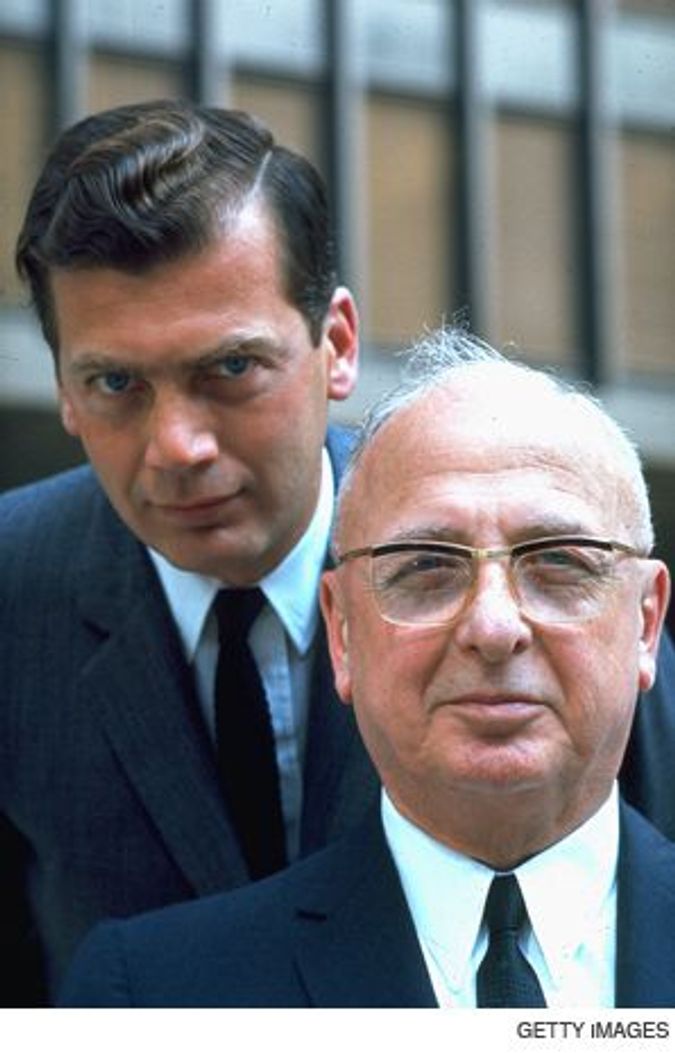 One has to be in a coal mine in Uzbekistan to be unaware of the Bronfmans, particularly Edgar M. Bronfman and his Jewish communal activities. Top dog at the World Jewish Congress for more than a quarter-century — it was Bronfman who rescued a financially floundering WJC in the early 1980s and steered it into the lead role in the Waldheim Affair, the Swiss-banks matter and other hot-button international Jewish issues — Bronfman has been among the world’s most visible and effective Jewish communal functionaries. As a philanthropist, he has had a critical involvement in the acclaimed Birthright Israel programs — and so has his philanthropist brother Charles, benefactor of one of the more creative foundations in the Jewish world. But the story begins earlier, with the family patriarch, whiskey baron Samuel Bronfman (a nomen omen if there ever were one: Bronfn is the Yiddish word for booze), whose Seagram Company fueled the clan’s fortunes in Canada and the United States during the Prohibition Era and beyond. Various Bronfman progeny dot the Jewish communal map of the 21st century, with greater or lesser impact on the Jewish agenda.

Comes now Edgar, with “Hope, Not Fear: A Path to Jewish Renaissance” (a title that gives the word “vapid” new meaning), co-written by Beth Zasloff. This work is his entry in the growing debate over the crucial question: Whither the Jewish community? Bronfman is but the latest in a long line of Jewish community leaders who, mostly in the memoir genre, have written their personal analyses of Jewish public affairs and offered up a range of prescriptive exhortations. “Hope, Not Fear” is hardly a memoir, nor is it a book of serious policy analysis. It is a revisiting of a number of well-rehearsed themes in American Jewish life, appealing in its approach if sometimes overcooked in its schmaltzy prose. Bronfman’s book is hardly in the class of those of such late Jewish leaders as Philip Klutznick and Nahum Goldmann, who — however self-referential they might have been — were, in fact, present at the creation (if not themselves the creators) of the main structures of international Jewish life. These leaders were genuinely insightful and original in their analyses of the Jewish condition. Their hopes and fears were crystallized in an agenda and a Jewish communal structure that derived from an understanding of federal structures and consensus politics, and from an awareness that issues are selected for action by Jews, most often to the extent that they implicate Jewish security.

What, one wonders after reading Bronfman’s book, is the hope in “Hope, Not Fear,” and what is the fear? The fears are clear enough: One is antisemitism, which Bronfman acknowledges has lost its centrality on the communal agenda. Many of us have been talking about this for years. With the decline of active antisemitism, changes in the Israel issue, the end of the Soviet-Jewry movement and other developments, the Jewish community’s organized public-affairs agenda has experienced a shift from the exogenous, external priorities of Jewish security to an endogenous priority of internal security: identity, continuity, family, education. Other fears, Bronfman asserts, are of intermarriage and of community divisiveness, both of which ought to be countered by a policy of inclusiveness. Inclusiveness is at the core of the Bronfman “hope.”

Many have written about intermarriage, a profound challenge even if the numbers are not what the 1990 National Jewish Population Survey said they were. Bronfman makes a good case, however, out of strife between our religious movements — and there is certainly a case to be made. But the reality today is that the harsh rhetoric of a decade ago (remember “Reform is Amalek”) has diminished, even as the fissures between the movements have widened: “We agree to disagree.” Not tension between the movements, but fault-lines within the movements, is the issue for American Jewish religion in this century. The polarization within the Orthodox world; the splits within, and the splintering of, Conservative Judaism; the question, in Reform congregations, “Who is Jewish?” — these are the dynamics of religious divisiveness in 5769. No pat policy of inclusiveness, however well meaning and well crafted, will address these issues.

So it’s the “hope” part of “Hope, Not Fear” that is a bit fuzzy. Bronfman’s vision of “an inclusive, welcoming Judaism” may be generally on the mark — certainly in the view of much of the leadership — but the vision as articulated in the book is optimistic in the extreme in terms of what may ultimately come to pass. The eponymous “renaissance” of the book’s subtitle is the latest iteration of what, in the hysterical moment following the 1990 Jewish Population Survey (with its mostly wrong intermarriage data), was called “continuity.” Bronfman’s “renaissance” prescriptions are all about inclusiveness and education, and his book is a cogent and intelligent argument in favor of these. His prescription is three-pronged: bringing Jewish life to Jewish youth, creating a new generation of Jewish leadership and “updating” our institutions.

This last goal is in some ways the most intriguing, and in all ways the most difficult. I don’t know what “updating” means, but with the transition in our communal priorities from the external issues of physical security to the internals of Jewish continuity, it is clear that our agencies do need to be retooled. This has not happened. In this Bronfman is partly right, therefore partly wrong. What Bronfman neglects in his analysis are two of the major changes in American Jewish life over the past quarter-century: First is the shift from “national” to “local,” in terms of impact and efficacy of our communal

organizations, with (to take but one significant example) a number of large-city federations engaging in successful initiatives on a range of social-service and public affairs issues, long the turf of national and international agencies. Second is the phenomenal growth in numbers and clout of Jewish family foundations, and concomitantly in federation foundations and endowment funds. These and other shifts need to be taken very seriously in any prescriptive agenda for American Jews.

At the core of “Hope, Not Fear” are data and views culled from 35 interviews with Jewish figures, many of whom represent newer American Jewish initiatives. Several of the comments of the interviewees are recorded in the text as peppy sound bites supporting Bronfman’s views. Some of these interviews are insightful; others are banal beyond words. Most do represent a refreshing take on Jewish communal matters, however, and the book is worth reading for these.

A touch of the editor’s red pencil might have been a bit more evident in “Hope, Not Fear.” There are some errors of fact. For one, the book’s history of American Jewish defense agencies is a bit confused. The American Jewish Congress, for example, was not established “to fight for civil rights”; that was a much later AJCongress mission. It was initially organized as a democratic “congress” of Jewish groups — a counter to the plutocratic American Jewish Committee — with the goal of representing American Jewish interests at the Paris peace talks following World War I.

Having said this, there is much merit in Bronfman’s and Zasloff’s book. Even if most of it has pretty much been said already — many times — the authors say it very cogently. While the book does not break new ground, “Hope, Not Fear” is an easily accessible, “mom-and-apple-pie” rehearsing of worthy themes. As such, it is a useful summary of a compelling agenda for American Jewry. Edgar Bronfman is saying the right things. For this, he deserves our thanks.