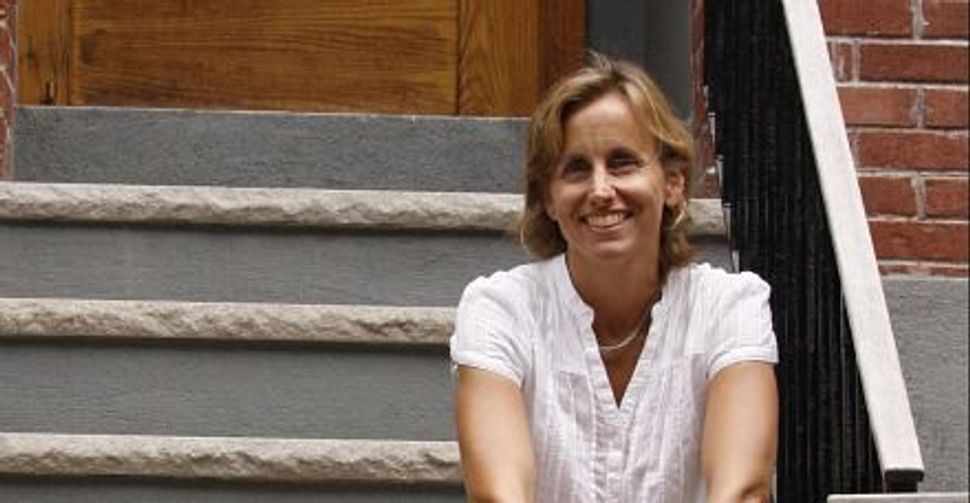 The Archaeology of Home: An Epic Set On A Thousand Square Feet of The Lower East Side
By Katharine Greider
Public Affairs, 352 pages, $27

By the beginning of the 20th century, the Lower East Side of Manhattan was the most crowded neighborhood on earth, more densely populated than Calcutta. At the Tenement Museum on Orchard Street, you can experience the 325-square-feet of space allotted to most immigrant families back then — those lucky enough to have a roof over their heads — and hear about the lives they led as new arrivals. The Levines, originally from Germany, were at this address from 1892 to 1904, and raised five children in two tiny, unventilated rooms. (Air shafts and windows were mandated in 1901; indoor plumbing in 1905.) 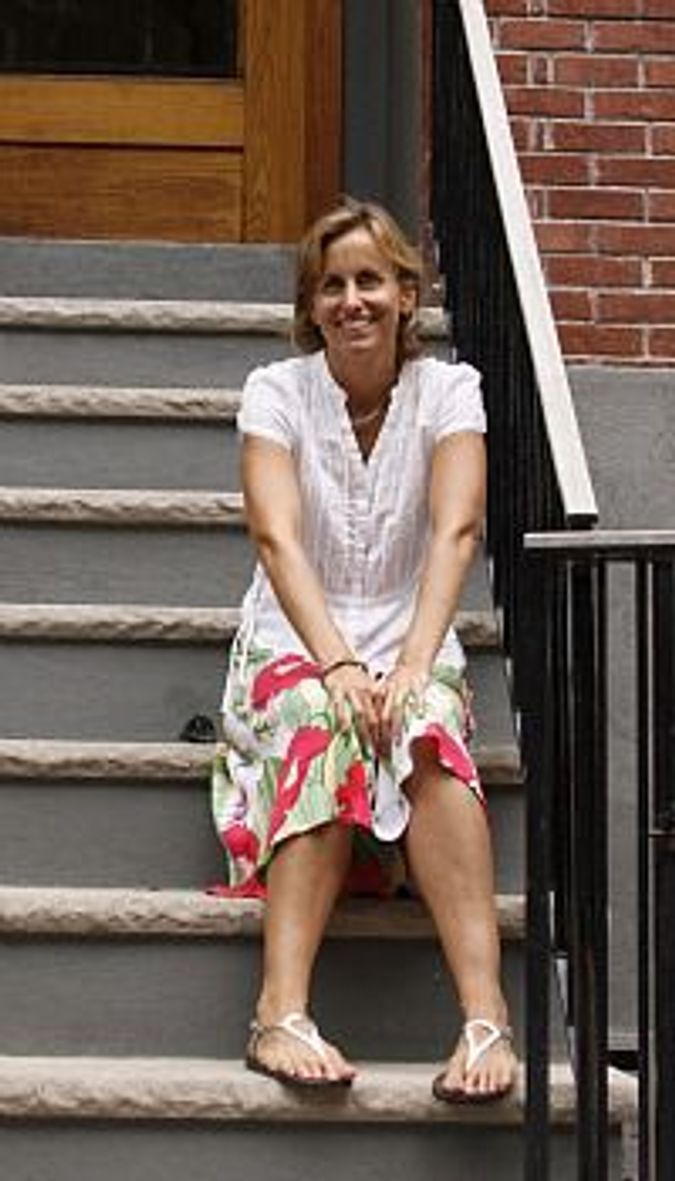 Family Home: Katharine Greider tells her family?s history from the tenements of the Lower East Side. Image by SHULAMIT SEIDLER-FELLER

Imagine the space in summer, with the kids underfoot, plus the three or four garment workers who came each day with sewing machines to help Harry Levine do piecework, the presser in the kitchen, heating his iron on a coal stove. No wonder they were called sweat shops.

Back when the Levines were living on Orchard Street, families often came and went as quickly as possible. The journey of a few blocks north, across Delancey, to the neighborhood just off Tompkins Square Park, was a considered a major step up: While most of the buildings there were technically still tenements (a dwelling housing multiple families), some were private houses, and the streets and building lots were wider, with more trees. This neighborhood is now called by some “the far East Village,” but until the 1960s it was part of the Lower East Side, and its history is meticulously chronicled by writer Katharine Greider in her wonderful memoir, “The Archaeology of Home: An Epic Set On A Thousand Square Feet of The Lower East Side.”

Greider came to East Seventh Street between Avenues C and D in the early 1990s and fell in love with the block. Hoping to raise a family there, she and her husband eventually bought two floors in a mid-19th century building, number 239. In 2002, in the midst of basic renovations, their architect called to say that the structure was literally about to collapse; over a weekend, the family had to pack up everything and leave, or risk disaster. Thus began a two-year odyssey involving temporary housing for a family of four, engineering reports, expert consultations, co-op feuds, law suits, tears and, eventually, the sale of the building.

As she came to terms with the loss, Greider found herself thinking about the building’s many past residents. Her memoir is a kind of conversation with those who once called the block home; it is both a rewarding historical chronicle and a juicy real estate story. Any New Yorker who has ever fallen for a building or a neighborhood, only to find herself suddenly in exile, will relate to Greider’s tale.

This stretch of East Seventh Street lends itself well to research because of its staying power: The demolitions of the 1960s and ’70s, and the crack epidemic and social chaos of the 1980s did not hit this block as hard as it did others, perhaps due to a fervent block association. It was always a place neighbors cared about, fought for and came back to.

So many groups have put down roots here. First, Dutch and then English settlers chased off the Lenape Indians and used slaves to drain the salt marshes. By the early 19th century, shipwrights, carters and ironmongers were the professionals on the block; after the Civil War, they disappeared along with the city’s shipyards.

Then the neighborhood became Kleindeutschland, an enclave where Germans of all religions lived together, though the Jews tended to keep their beliefs quieter than their Christian countrymen, probably because of the anti-Semitism they’d faced in their homeland. When Levy Phillips — a Jewish glazier from Hamburg who bought the house in 1867 — filed for a permit to alter number 239, he signed himself “John.” Levy and his wife, Clara, had left the crowded tenements of Columbia and Delancey Streets to be both landlords and owners, investing their life savings in the house. They eventually sublet to three other families, for a total of 20 people, and the addition Phillips built to accommodate so many tenants would eventually be part of what caused Greider problems in 2002.

Unfortunately, tuberculosis also crossed Delancey, and it claimed the lives of several Phillips children and grandchildren. “Toward the end of the century,” writes Greider, “a quarter of deaths among New Yorkers ages 15 to 65 were attributed to the disease.” TB was referred to by some as “Jewish Asthma,” but, she points out, infection rates were actually lower in Jewish districts, perhaps because dietary laws required the inspection of meat or because of “early communal vigilance” — otherwise known as the Jewish mother. Only in the 20th century would it be possible to live in a crowded city without lowering your life expectancy.

Today, Katharine Greider and her family have settled about a mile and a half south of their old neighborhood, but she still comes back regularly and finds it comforting to think about the generations of people that have passed through here. I was fortunate enough to have her along to show me the many architectural remnants of the next group, the Hungarians, who came as part of the enormous Eastern European Jewish immigration of 1890 to 1920.

Simon and Gizella Wieder bought 239 in 1907; they were members of the Hungarian shul across the street, which still stands today as a condo that has kept much of the original limestone-fronted façade. The Wieders had five sons, and the oldest, Louis, met his teenage bride, Laura Taubner, on the block. Her house is here, too, beautifully preserved, at number 261. Specifically, Louis met Laura at the Jefferson Democratic Club, number 247, where she worked as a secretary and he and his four brothers spent their leisure hours talking politics. (Tammany Hall was consistently pro-immigrant.)

“The Wieders, like other immigrants at that time, took the place where they grew up and moved it here, making their own world,” Greider told me. “They worked, worshipped, socialized, fell in love and even married within the Hungarian community that spanned these few blocks.”

Today, the Democratic Club building still stands, repurposed as a Pentecostal church. Next door to the heavily Democratic Wieders, at 237, was the home of Sadie and Sam Koenig. He was the Republican leader of the district and, eventually, New York Secretary of State. Next to the house you can find a small plaque and a pocket park in his honor. Inside it is a sculpture by artist Kiki Smith. Democrat and Republican alike socialized around the corner at Papa Burger’s Hungarian Café at 20 Avenue C, just across from what was Simon Wieder’s trimmings shop (both buildings still stand).

Those interested in the history of the Lower East Side will find it more than worth their while to read “The Archaeology of Home” and perhaps visit the area as well. In May 2008, the National Trust for Historic Preservation designated the Lower East Side as one of the 11 most endangered places in America. It’s a small miracle that so many of the buildings Greider writes about still exist and are recognizable; fewer and fewer Lower Manhattan blocks can make the same claim.

Sharon Pomerantz’s novel “Rich Boy” (published by Twelve) is now out in paperback. She teaches writing at the University of Michigan.