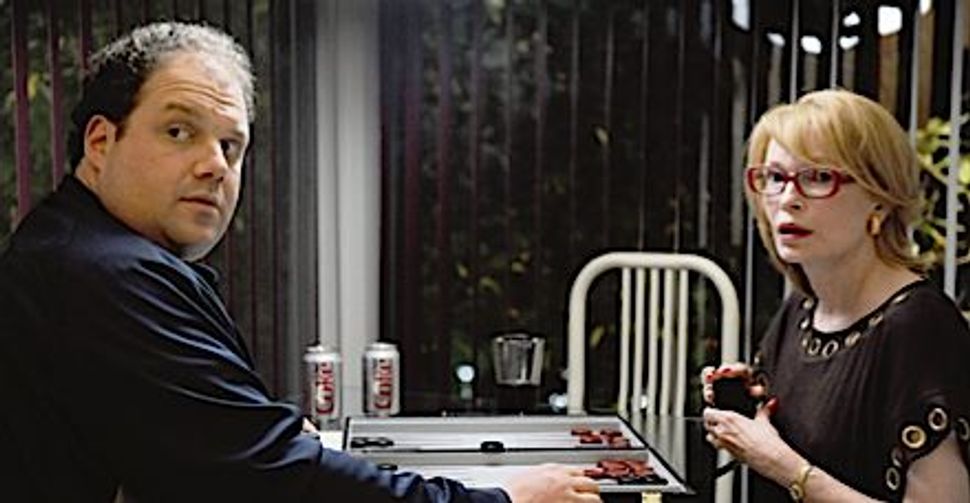 “I have a weak character,” Todd Solondz said, bending forward in his chair. “When people like my movies, it makes me happy, and when they don’t, it makes me sad, and I wish I didn’t care.” My eyes lingered on the director’s small shock of gray hair, his vintage-looking shirt and his yellow Converse shoes. I couldn’t tell if the look was a pose or just his natural state. Sitting down for an interview at the 68th Venice International Film Festival, he looked like a carnival barker who’s been beamed to Brooklyn’s Williamsburg to blend in with hipsters half his age. 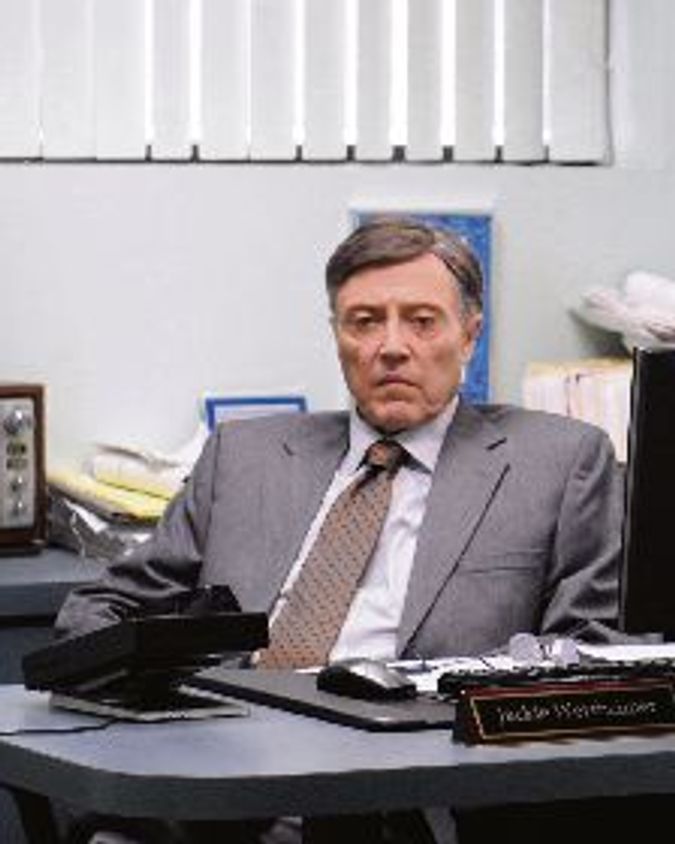 After shocking, unsettling, provoking and revolting audiences in five low-budget features since his 1995 breakthrough, “Welcome to the Dollhouse,” Solondz has become the undisputed chronicler of the slithery underbelly of suburban America: the Jewish foster child of John Waters and David Lynch.

Two years after he took home the screenwriting trophy at the film festival for “Life During Wartime,” Solondz is back on the sun-drenched Lido this September, competing for the Golden Lion with “Dark Horse,” a romantic tragicomedy about two immature and lonely people who somehow find each other. (The film lost out to Russian director Alexander Sokurov’s hallucinogenic take on “Faust.”)

Like much of the director’s oeuvre, there’s a lot in “Dark Horse” calculated to make the audience squirm with discomfort. And while the film is certainly not optimal viewing for family movie night, Solondz has definitely made it tamer than anything he has ever done.

One might be tempted to read “Dark Horse” as a savage send-up of a Judd Apatow romantic comedy: Arrested development guy gets the impossibly hot girl and learns to change in the process. The twist here is that the guy is totally delusional and the girl is chronically depressed.

Solondz talks in a high, slightly whiney voice that brings to mind a character from “The Simpsons.” Like his appearance, it fits his offbeat work. For such an unsettling filmmaker, however, it’s surprising to hear him talk sincerely (and self-deprecatingly) about his work.

For instance, he stopped me when I suggested that his film is a satire of the Apatow formula: “The movie’s too sad to be a send-up. It may be a comedy, but I don’t laugh when I watch it. It’s too sorrowful for me.”

The dark horse of the film’s title is Abe Wertheimer (Jordan Gelber, of the Bronx’s Riverdale, of “Avenue Q” and “Boardwalk Empire” fame), a character who seems to combine aspects of Steve Carell’s action-figure-collecting loner in “The 40-Year-Old Virgin,” with Seth Rogan’s lovable schlub in “Knocked Up.”

Where Solondz differs from Apatow, however, is that he is willing to give his hero thoroughly unappealing and unredeemed traits, including anger management issues and fits of denial. Abe is a spoiled child, and even if nature has not exactly blessed him with an abundance of talents, we don’t feel that he has merely gotten the short end of the stick. We root for him, but are nonetheless aware that he is, in large measure, to blame for his own misery.

While Solondz tacitly acknowledged the influence of the Apatow franchise, he insisted that his film has a very different intent. “Those movies,” he said of Apatow’s work, “aim to entertain in a very lighthearted way. I think my work has different aims.”

The location and decor is Jewish suburban New Jersey, a typical piece of scene-setting for this Newark-born director. In the opening scene, Abe meets his dream girl, Miranda (Selma Blair), at a raucous and tacky Jewish wedding where they are the only people not dancing.

“These characters and the milieu feel very familiar to me and the world that I grew up in. They could have been in the next town from where I grew up,” the director explained.

One of the film’s greatest joys is the counterintuitive casting of Abe’s parents. I never thought I’d live to see Christopher Walken as a Jewish dad. Solondz explained that the actor was grateful to play a “real human being” for once, rather than the eccentric characters that he often brings to life.

Mia Farrow was coaxed out of retirement for the role of Abe’s mousy mom. As Solondz describes it, she came on board immediately without having read the script because one of her sons (Solondz didn’t specify which one) is a big fan of the director’s work.

One of the film’s funniest (and most painful) sequences involves Miranda’s condescending and fey ex-boyfriend, Mahmoud, whom Abe meets in a slick and swanky bar (where Abe orders a soft drink). Abe, a college dropout, sips his Diet Coke in silence as Miranda and Mahmoud banter in a wonderful send-up of liberal arts jargon. At one point, Mahmoud even calls Abe a “symptom of a consumerist society.”

Solondz envisions Miranda as a continuation of the role that Selma Blair played in his 2001 film, “Storytelling,” of a student who has an affair with her professor. Solondz’s filmography is strewn with these connections and interweavings, which rely on a complex transference between characters and actors. For instance, “Life During Wartime” is something of a sequel to 1998’s “Happiness,” with a crop of new actors playing older versions of the characters from the earlier film. And his 2004 feature, “Palindromes,” opens with the funeral of Dawn Wiener, the geeky protagonist of “Welcome to the Dollhouse.”

With all these interconnections, it seems that Solondz is haphazardly but deliberately constructing his cinematic universe, a sort of Yoknapatawpha County located in Jewish suburbia. In these anonymous New Jersey environs, Judaism is a context, a familiar lens and framework in which to tell a story, even though Solondz risks being inaccessible to a wide audience.

At the press screening, the film was positively received, although I couldn’t help thinking how much of the Jewish content must have been going over these foreign journalists’ heads.

He offered an example from “Happiness,” which, in my opinion, is still his best work.

“In my mind, it was three Jewish daughters and one of them married a gentile pedophile, and there’s the punishment there,” he explained. He paused and looked at me, straight-faced, through his thick-framed turquoise glasses. “I’m being a little bit flip,” he added.

“I leave it to others to tell me what direction my career is going. I just know that my movies continue to make, each one, half as much as the last one. So I’m on a very smooth trajectory downwards,” he deadpanned.

A. J. Goldmann writes about European culture for the Forward. He blogs at nyfeuilleton.com.