Mass deportation of European Jews to the killing metropolis of Auschwitz began in spring of 1942. By January of 1945, more than a million Jews had been murdered there by gas, torture, starvation, medical experimentation and “natural” causes. The catastrophe (an inadequate descriptor, to be sure) lasted about five years; efforts to understand it have lasted more than half a century. We now have abundant data about what happened; but why it happened stubbornly eludes rational thought. 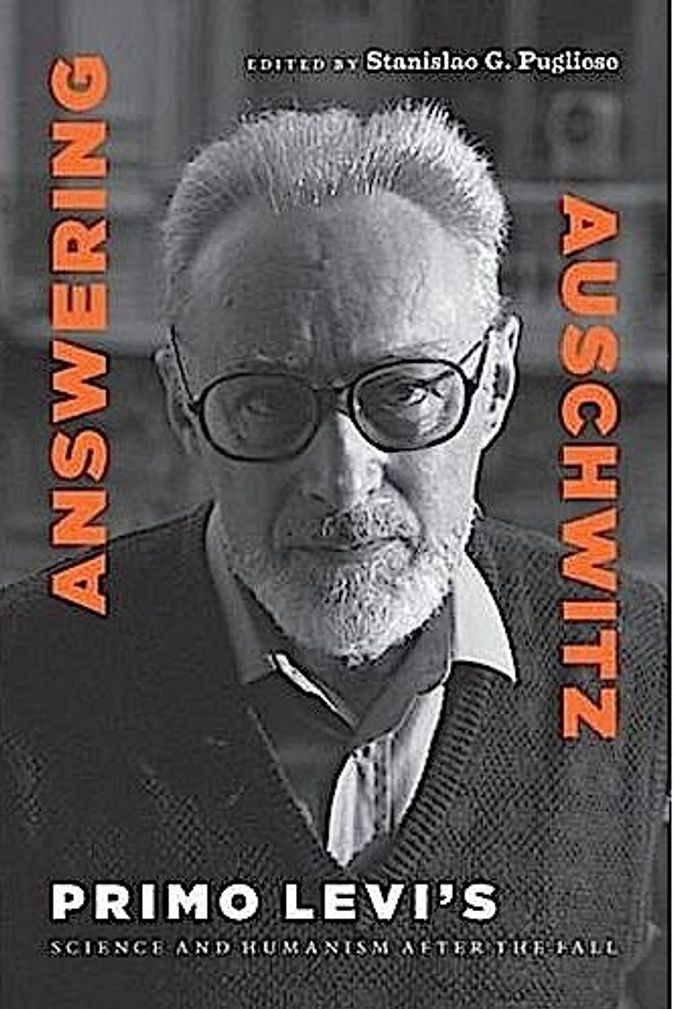 Maybe that is for the best. To ascribe even a partially satisfying logical explanation to the Shoah means converting it from something necessarily outside the realm of human cognition to just another problem, although one of extreme complexity. We seek rational understanding of Auschwitz and the “concentration camp universe” at our peril.

And yet, not to seek understanding, to suspend rational thought, is equally perilous. Such a suspension would require erasing the event from memory, a heinous assault on the victims and survivors. And it would signal surrender to the very evil that made those acts possible. The predicament — how to sustain one’s faith in humanity and in our capacity for rational thought when consummate despair is a perhaps more logical reaction — was at the core of much of Primo Levi’s writing.

That challenge is at the heart of this new anthology, “Answering Auschwitz: Primo Levi’s Science and Humanism After the Fall,” edited by Hofstra University historian Stanislao Pugliese. The contributors — who come from a range of intellectual disciplines and traditions including history, theology, fine arts, Jewish studies, Italian studies and Holocaust literature — grapple with the fundamental challenge, summarized elegantly by Pugliese as “the necessity of recording, reflecting upon, and representing an event for which we do not have the proper conceptual or linguistic tools.” Varied in their interests and specialties, the authors share a profound respect and love for Levi, who survived Auschwitz, survived remembering and writing about it and fell to his death tragically in the stairwell of his Turin apartment building in 1987.

The essays cover a number of vexing questions that have emerged from Shoah scholarship. Joram Warmund, for example, a historian at Long Island University, reviews the debate about Holocaust historiography, summarizing the arguments among such scholars as Daniel Goldhagen, Jeffrey Herf, John Weiss and Yehuda Bauer to conclude with this chilling, and depressingly authentic, conclusion:

The atrocities could be, and were, carried out with total impunity. No restraining force — be it an inner restraint or an external one — was present to inhibit the killing of defenseless human beings.

If this seems banal, it is important to keep in mind how some famous Shoah commentators accused the Jews of not doing enough in their own defense. (Bruno Bettelheim derived from his short experience in the camps the painfully smug axiom that inmates died because they lost the desire to live.) Levi wrote eloquently (for example, in “The Drowned and the Saved”) of his own efforts to understand — and respond to — the quizzical looks of people who had not been in the camps and the moral challenge posed by those who wondered why the Jews “allowed themselves” to be slaughtered.

Indeed, how people cope with knowledge of what went on in the camps is a complicated matter. It touches on the question of victims’ culpability in their own suffering, on the guilt or shame that some survivors feel because they survived while others perished and on the need felt by those who weren’t there to reassure themselves — hypothetically — that they could have survived or escaped. It is difficult terrain, covered carefully by Amy Simon, a contributor to the anthology who is pursuing her doctorate in history at Indiana University. Simon wisely advocates for neutrality in what is more than a semantic argument: “[The] switch from guilt to shame lessens the impulse of those who have come after to judge Holocaust survivors from our own moral perspectives.”

Her analysis evokes reference to Levi’s capacity to absorb the sting of reprimand — Why didn’t you escape? — and wonder aloud why even good-hearted people are prone to ask questions that carry the strong odor of reproach. Levi addressed this challenge in “The Drowned and the Saved” by calmly advising that “the condition of the offended does not exclude culpability… but I know of no human tribunal to which one could delegate the judgment…. If I were forced to judge I would lightheartedly absolve all those whose concurrence in the guilt was minimal and for whom coercion was of the highest degree.”

Simon ends her essay with a similar caution: “Our duty as postwar intellectuals is not to judge actions through a discussion of survivor guilt (which by definition imparts blame), but to try to understand the possible moments of action and inaction in the concentration camp universe and the ways in which survivors have interpreted their experiences and negotiated their resulting emotions.”

The essays in “Answering Auschwitz” are not easy reading, but the effort outweighs the unevenness. Some of the language is overwrought: In an important chapter, for example, theologian Marie Baird writes that “the unforeseeability of saturated phenomena also arises from the intuition’s inability to master or control the quantity of parts that the phenomenon in question gives to be rendered manifest because saturation nullifies any controlling conceptual parameter that would allow for such mastery…” Baird’s question — the extent to which Levi’s time in Auschwitz was the decisive influence on his analysis of previous and subsequent experiences — unfortunately gets a bit lost in this language.

Still, I prefer strained language from sympathetic writers to the crisp prose of scoundrels. The humility in this volume, subtly embedded in the book’s title, honors Levi’s memory and legacy. Even if the writing is not always up to the task, we should be thankful: The goals are modest, the motives are honest and the authors are willing to dive deep into their own consciousness in search of understanding. They don’t indulge in glib second-guessing of victims or survivors, and they ultimately enable (and encourage) memory.

We may never answer the big why question, but we cannot afford to stop remembering.

Michael J. Feuer is dean of the Graduate School of Education and Human Development at The George Washington University. His most recent book is “Moderating the Debate: Rationality and the Promise of American Education” (Harvard Education Press, 2006).