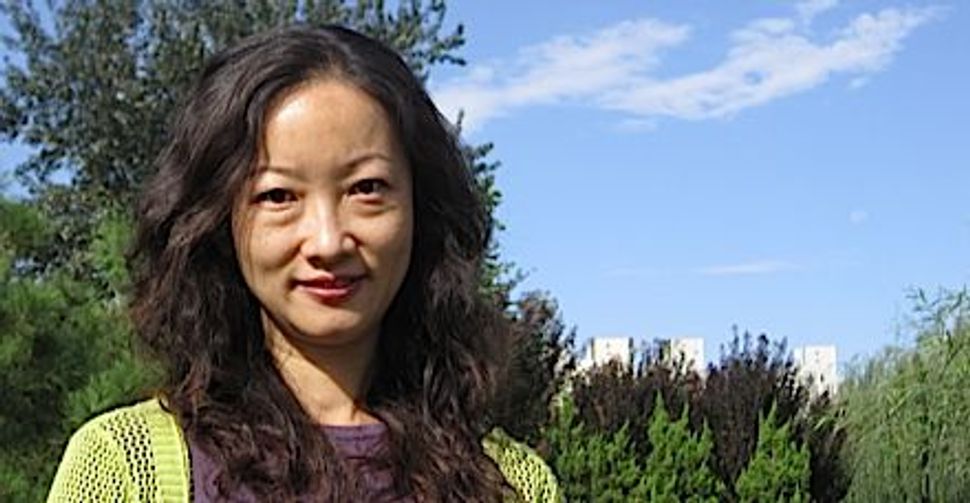 Ying Han was born in 1973 in Xi’an, the ancient capital of China where both of her parents served in the air force. When Ying was 7 months old, she was sent to her aunt’s home in a poor rural village in Hebei province. Ying remembers a struggle to live, where even white flour was a rare treat. She returned to her parents in Beijing in 1976, the year that Mao died, the Cultural Revolution ended and the Great Tangshan Earthquake killed over 240,000 people.

She began college as an English and diplomacy major, until she realized there was a glass ceiling for women diplomats. So, in her sophomore year, Ying moved to Beijing Foreign Studies University to pursue graduate studies in British and American literature. While there, she also began her career as a translator. To date, she has translated nine books from English into Chinese, including a collection of Isaac Bashevis Singer’s short stories.

At present, she teaches American literature at the School of International Studies at Beijing’s University of International Business and Economics. Her focus of interest is Jewish-American literature, especially Singer. She spent 2009 as a visiting scholar at Harvard, working on her now-completed doctoral dissertation on Singer and Kabbalah. She talked with the Forward’s Jonathan Wilson.

Jonathan Wilson: How did a nice Chinese girl like you from Beijing start hanging out with Isaac Bashevis Singer and wandering around in the garden of the Kabbalah? 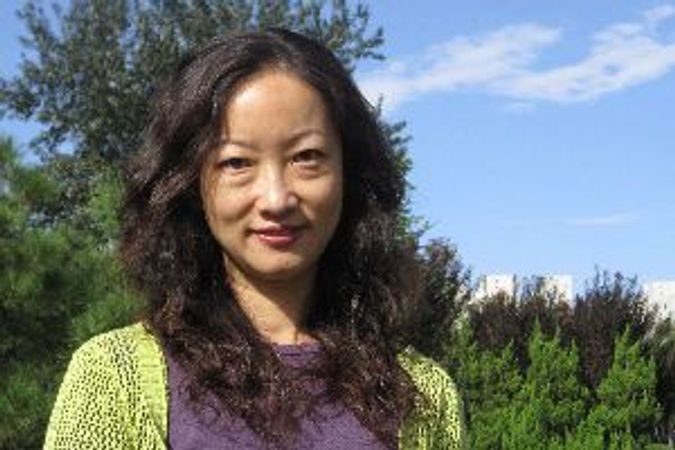 Ying Han: I started reading Isaac Bashevis Singer when the People’s Literature Publishing House asked me to translate some of his stories in 2005. When I got this Singer task, I checked his background. I was both amazed and ashamed to discover this American writer had won the Nobel Prize in 1978. For even though I had taken a course on Jewish-American literature, I had read nothing by him. Singer had not been included in our curriculum, not even mentioned once. My curiosity was aroused by this strange fact. Once I began to read his stories, I was enthralled by his eccentric characters — humans and dybbuks — their mysterious powers and intense passions. Singer is a great storyteller, as everybody knows.

In 2007, when I started my doctoral research, I found that I still had a strong interest in Singer, especially in his female characters. His women had strong passions and always came to unhappy endings. Some critics called Singer a misogynist. This label puzzled me. If he was a misogynist, why didn’t I feel offended? On the contrary, I felt attracted by his passionate women. To write about Singer’s female characters was originally the plan for my doctoral dissertation. During my research, I read an essay, “Singer’s Paradoxical Progress,” by Ruth Wisse. I e-mailed her, telling her of my interest in Singer, and in January 2009, I came to Harvard as a visiting scholar.

At Harvard, I came across criticism on Singer that interpreted his female characters in terms of Kabbalah. Those strange Kabbalistic terms constructed a great obstacle but also aroused my curiosity. At Harvard’s Judaic Center, I met visiting scholar Micha Perry, from Israel. He recommended the work of Gershom Scholem, Moshe Idel, Elliot Wolfson and others. Thus began my wandering in the garden. Another important guide in my tour of the garden was Rabbi Shlomo Yaffe at Harvard’s Chabad, where I frequently attended Sabbath services. Rabbi Yaffe offered courses on Talmud and Jewish mysticism, which I took.

Can you account for the popularity of I.B. Singer in China? I believe there are at least 50 scholar/translators working on him at present? Is there something about Singer’s work that appeals to Chinese sensibilities more than, say, that of Philip Roth or Saul Bellow?

I.B. Singer’s work arrived in China in 1979, around the same time as Saul Bellow’s and Philip Roth’s. But Singer was luckier than Bellow and Roth. China had started to open up to the world in 1978. After many years of turmoil and suppression, Chinese readers turned their eyes to Western literature again. And there was Singer. He won the Nobel Prize toward the end of the same year. The timing was perfect for his introduction into China. In January 1979, the first Chinese critical commentaries on Singer came out. What followed was the translation of his short stories.

In the early 1980s, Bellow was more popular than Singer. Many avant-garde writers were drawn to his work. However, they soon turned to more traditional ways of telling stories, abandoning experiments with modernism and postmodernism in the late 1980s and ’90s. Singer replaced Bellow as a burgeoning influence.

Another reason for Singer’s popularity is that China is still a rural country. There are, of course, huge and modern cities such as Beijing and Shanghai, but the majority of the population still lives in the countryside and small towns. Many of the city dwellers’ parents or grandparents are also from the countryside. The anxiety of modern people living in cosmopolitan cities, the sense of disorientation frequently expressed in Bellow and Roth, has not touched many Chinese. In contrast, Singer is like an old grandpa sitting by the fire telling stories from the past. Singer feels closer to the Chinese mind.

At Harvard, you were a frequent visitor at the Chabad house, but you also mixed with a wide variety of American Jews. How did your experience of Jewish life compare to how you had imagined it while in China?

My first experience with Jews came when I was a graduate student at Beijing Foreign Studies University in 1996. During the winter vacation, Beijing TV hosted a program inviting 50 couples from China and other countries who were celebrating their 25th or 50th wedding anniversaries. I volunteered as an interpreter and was assigned to a couple from Israel. The husband had once been the Israeli ambassador to America. I was struck by the fact that they did not eat pork. I asked the husband whether he believed what was written in the Bible. He said without hesitation, “Yes, I believe that is our history.” That was my impression of Jews for many years. They don’t eat pork. They take [the] Bible literally as history. That impression was, of course, shattered by my experience in America.

There are as many types of Jews as types of everyone. Some are more observant, others less so, some not at all. Some regard the Bible as God’s words, some take it as a metaphor and some take it as a symbol of tradition and identification. As for pork, some avoid it, some eat it and some even love it. I am particularly impressed with Jewish humor. Well, if you have the guts to make fun of yourself, and even make fun of your sufferings, you have the guts to face it. I love Larry David.

Another surprise for me was the high number of Jews in America! I made a lot of Jewish friends. Even some casual acquaintances I met by chance would say “I am Jewish!” or “My grandpa speaks Yiddish” after learning that my field of interest was Jewish-American literature.

I was also amazed by the connection between Jewish people and Chinese culture. It was incredible for me to learn that an older generation of Jewish women loved Mah Jong. And I could never have imagined that Jewish people would have Chinese food for Christmas! But what strikes me most as a convergence between Jewish and Chinese culture is what Hillel said in the first century: “That which is hateful to you, don’t do to others.” The golden rule of Talmud and Confucianism is the same. Confucius formulated it in exactly the same words in the 5th century B.C.E.

Jonathan Wilson is the author of seven books. He is Fletcher Professor of Rhetoric and Debate, Professor of English and Director of the Center for the Humanities at Tufts University.