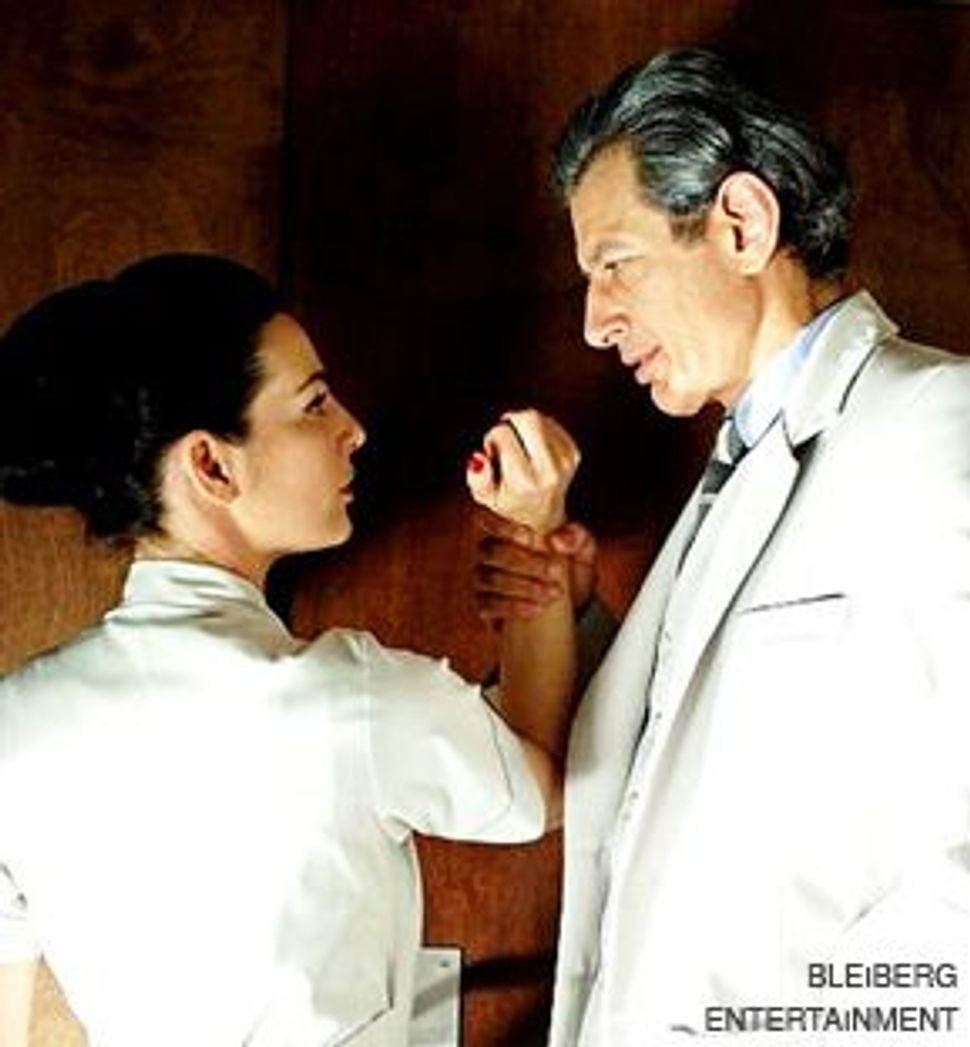 WRESTLING WITH THE PAST: Jeff Goldblum in ?Adam Resurrected,? with Israeli actress Ayelet Zurer.

Nearly 15 years after the release of “Schindler’s List” the Holocaust continues to figure prominently as a subject for the movies. The latest one, which had its official premiere at the recent Toronto International Film Festival, after a sneak peek at the prestigious Telluride film festival, is “Adam Resurrected.” 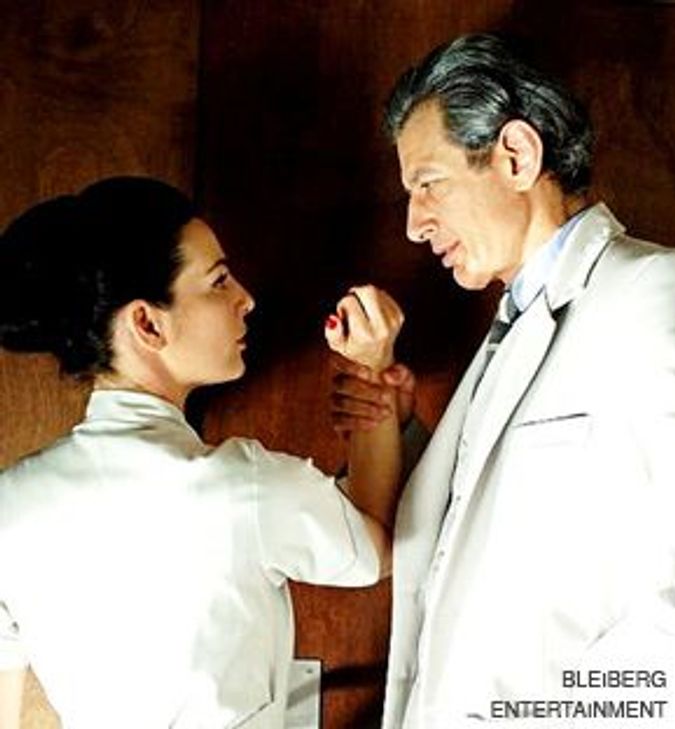 WRESTLING WITH THE PAST: Jeff Goldblum in ?Adam Resurrected,? with Israeli actress Ayelet Zurer.

The film, a drama set in the early 1960s, centers on Holocaust survivor Adam Stein (Jeff Goldblum), once a beloved clown-magician in pre-war Berlin, now struggling to overcome his demons while housed in an Israeli mental hospital for traumatized survivors.

Unlike other cinematic mental patients in classic movies, such as “One Flew over the Cuckoo’s Nest,” Stein isn’t up against a cruel, inhumane system. The doctors in the asylum, for the most part, are supportive of his idiosyncrasies, which include hiding bottles of liquor for regular consumption. They also look the other way as he engages in a mildly sadomasochistic sexual relationship with the institute’s head nurse, played by Israeli actress Ayelet Zurer. No, Stein’s main obstacles to regaining good health are his horrific memories, notably the hideous reality that he survived the war by acting, literally, as the pet of the commandant of a concentration camp (Willem Dafoe) in the vain hope that by debasing himself, he could save the lives of his family.

“Adam Resurrected,” which is based on a novel by well-known Israeli writer Yoram Kaniuk, can’t be faulted for lacking ambition. It ranges far and wide, taking in the sometimes blinkered attitudes of native Sabras toward European survivors, the scientific principles involved in trying to understand the effects of trauma on human beings and the meaning of the Holocaust for those who survived, but cannot explain how and why they did so when so many others did not. There is even a love story of sorts, between Goldblum’s Stein and Zurer’s Gina, the head nurse.

The film has striking similarities to “The Juggler,” a 1953 Kirk Douglas drama about another parlor entertainer haunted by his Holocaust memories in post-war Israel. But “Adam Resurrected” falters when it tries to delve into the psyche of its main character and his unique experiences in the camp. The talented Goldblum, despite a valiant attempt at making his character work, is hampered by his script: dialogue that is overly declarative, a persona — a naïf caught up in a nightmare, which he can’t begin to comprehend — that is paper thin and an unfortunate subplot involving his interaction with an equally disturbed young boy in the asylum, a relationship which leads to Hollywood-style sentiment at the film’s climax.

Screenwriter Noah Stollman barely sketches out the perverse relationship between Stein and Klein, the concentration camp commandant. The movie’s mere handful of short scenes of the two in the camp, after an initial encounter during Stein’s pre-war nightclub appearances, isn’t enough to make an emotional impact on the viewer. Likely, Stollman wanted to get away from the predictable clichés and obvious tropes attached to any such scenes, but in the end he has not offered enough to satisfy. Even the commandant’s somewhat affectionate feelings towards his ‘pet’ don’t make sense, in light of the scant evidence of the emotional ties between the two men.

Similarly, early in the film, Stollman establishes a mildly combative but affectionate rapport between Stein and the institute’s head doctor, Nathan Gross (Derek Jacobi), only to let the doctor virtually drop out of the rest of the movie. And Gina and Adam’s sexual adventures, which are meant to be a touching portrayal of two damaged individuals — Gina, too, pretends to be a dog — trying to come together to heal themselves, veer uncomfortably close to the offensive soft-core porn aesthetic at the heart of Liliana Cavani’s “The Night Porter.” I’m not sure, however, that any actress could have made much of the risible portrait of Gina offered up here.

As for the supposedly absurd skein weaving its way throughout the film, refracted mostly through the crazily colorful inmates of the asylum — well, director Paul Schrader (“Affliction,” “The Walker”) is no Fellini, and these putatively baroque scenes fall completely flat. The movie has other problems, ranging from the unconvincing makeup Goldblum sports in the scenes of his younger self, taking place 35 years earlier, to the dull magic tricks and lame routines in which Stein indulges; it’s difficult to accept that in culturally rich and sophisticated pre-war Berlin, he’d be the toast of the town.

Eventually, “Adam Resurrected” is sunk by the slightness of its storyline. Despite its seemingly complex structure, at the end it’s just a simple, one-note tale of a troubled man who heals himself. That’s gratifying, perhaps, when compared to the starkness of other Holocaust films and admittedly the stuff of powerful cinematic drama, as in “Ray” or “The Lost Weekend.” But the film’s undone here by Schrader’s emotionally dry, underwhelming take on Stein and his plight. (If you want to see Goldblum in a complex, provocative Jewish role — as a shady lawyer — check out Michael Tolkin’s “Deep Cover.”) “Adam Resurrected” is something of an oddity in the annals of films on the Shoah, but finally, it’s a forgettable and negligible effort, as well.