Poets of the Desert and the Sea 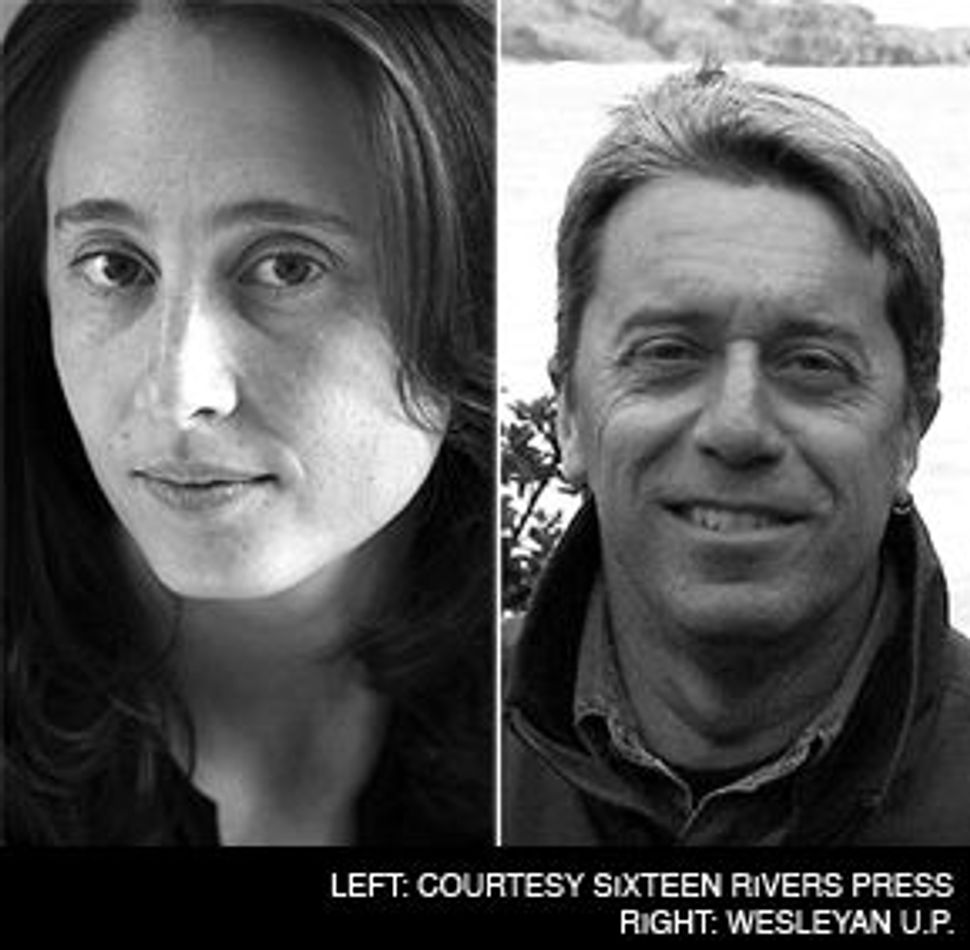 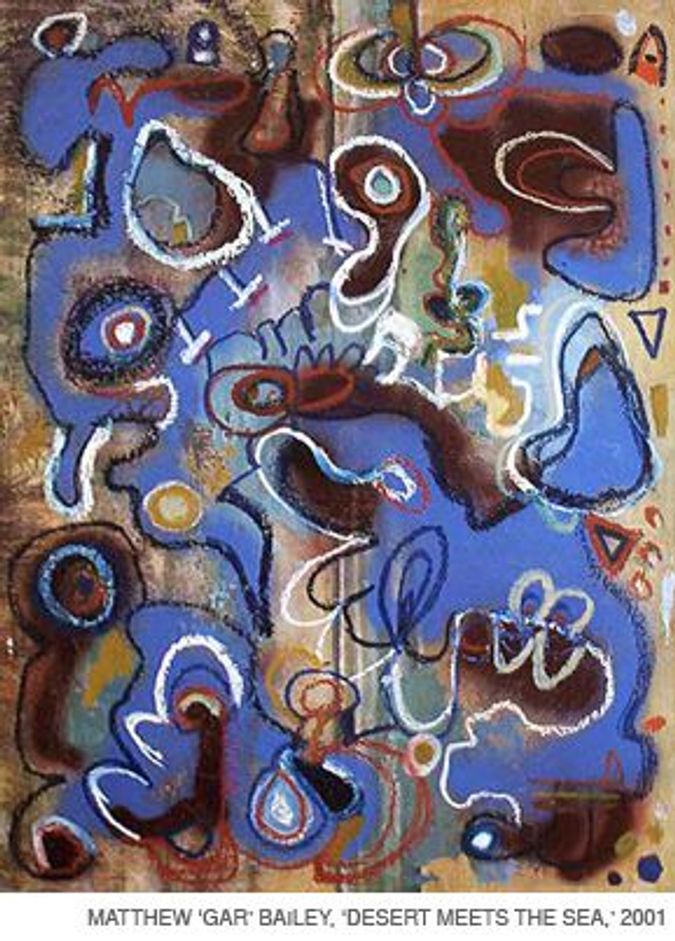 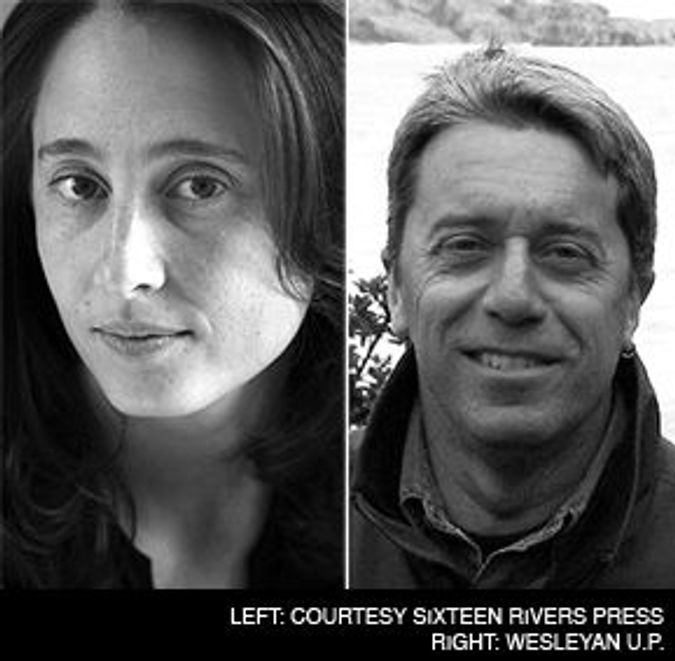 Reviewing books in tandem has a lot to do with timing. Sometimes, two volumes appear with almost identical themes — a natural pairing. Other times, certain books suggest an immediate contrast, again inviting joint consideration. And still other times, two books just happen to land in the inbox at the same time, creating a combination that never would have been considered in advance.

That’s the case with two fine new books of Jewish poetry, Rachel Zucker’s “The Bad Wife Handbook” and Dan Bellm’s “Practice.” I doubt Zucker and Bellm would be read together often (although both have appeared in the magazine I founded, Zeek). Zucker’s language is spare and closely considered, where Bellm’s is often conversational. Zucker’s Jewishness is almost subliminal, where Bellm’s is placed in the foreground. And in terms of tone, Zucker’s book reads like an arid plain, where Bellm’s ranges from river to lake to ocean.

As a pair, the books propose two ways in which to consider the framing of spirituality and sentiment – a problem that I have often had to navigate in my own poetry, and that, as we recover from a long season of electioneering and doublespeak, feels especially refreshing to consider. On the one hand, there are those poets who excel in revealing everything, yawping and ranting their way to rhapsody. And then there are those whom if you don’t read closely, you might not even understand. Neither Zucker nor Bellm is at either extreme – but, at times, they come close.

As Zucker’s title indicates, “The Bad Wife Handbook” is not exactly the book you’d give a bride on her wedding day. This is the perfect antidote to a view prevalent in the Jewish community: that as long as you get a ring, the rest of life works itself out. In Zucker’s book, it doesn’t. This is a book of ambivalence, uncertainty, hesitation and possible infidelity. Zucker’s poetic voice is full of desire, but not of consummation; it’s like “Desperate Housewives” without the punch line:

What are so effective here are the ellipses, the pauses, the lacunae. What words are missing at the ends of Zucker’s truncated lines? It’s as if she’s reaching the verbal equivalent of the gesture almost made, or half made, or perhaps only considered.

There is a lot of white space in “The Bad Wife Handbook.” It’s a large, gorgeous volume, with vast blank regions surrounding short lines and, often, two-line stanzas. This seems intentional; the book looks like a king-size marital bed, with perfectly pressed sheets, unrumpled by passion. There is a lot of lust in the book, but most of it is not requited. One poem asks:

Shall we discuss married sex?

Yes, let’s take our clothes off and talk of pros and cons, the lag and lapse.

Zucker is not the first artist to explore the waning of passion in marital life, but I wonder if her message isn’t particularly timely now. In the Jewish community in particular, we’ve begun to see an increasing number of voices questioning our culture’s commitment to lifelong monogamy (a commitment not shared by our biblical forbears). Many religious writers have leaped to the commitment’s defense, publishing such sex guides as Shmuley Boteach’s “Kosher Sex.” There are dozens of such books in the Christian world, as well.

But all of us who have been in long-term relationships know that passion waxes and wanes. I once heard that if you put a bead in a jar for each time you have sex in the first year of marriage and take one out each time you have sex afterward, you’ll still have beads in the jar when you die. I don’t know how true that is, but it’s something we likely will have to face in the coming decades, if our culture of eros and youth-obsession continues to exert its influence.

Zucker is right there with us. “Wane, wax, wobble/My mind is a map of hunger,” she writes. “They say Abulafia could stop his heart/with one letter. Alef/lodged in his semi-lunar valve./Small e after breath/is what I do to keep living.” Indeed, there is a wonderfully rendered aridity in Zucker’s work, as if she is in a desert, and thirsty:

They say God’s voice in the city
sounds like a man but in the desert
sounds like a woman. His voice, the spine
of nighttime, sounds like water…
…One word against my sternum and
I unzip.

Fortunately, one “autobiographical” poem late in the book says “we are happier than the poems describe.” Of course, one hesitates to identify a poetic voice with the poet herself — although the book is dedicated “for, and despite” a man who one assumes is the poet’s husband. But if Zucker is the bad wife of the book’s title, she has created a work of stunning subtlety and precision by making the darkness visible.

Bellm’s poetic narrator, despite describing himself as “fifty-seven, flabby, easily tired” in one poem, seems to be, well, lighter. He’s on a Stairmaster, refusing to admire the “ideally proportioned” bodies of a young couple who notice him from the street. He’s angry at the war. He hears a baby crying and observes, “the body wants to be useful.” Where Zucker’s narrator (who sounds like she’s in her 30s) remembers earlier passions with a kind of hunger, Bellm does so with fondness. “We’re so old we’re brand new,” he writes at one point.

“Practice” claims to be a book of midrash, which, I confess, worried me. One thing I loved about Zucker’s book was how it stayed with the concrete, rarely freighting Zucker’s emotional life with references and traditions. In contrast, contemporary midrash, which often ties current events, or one’s life story, to biblical narrative, is all about freighting. A good midrashist expands the biblical text, but for this reader the effect is sometimes a constriction of lived experience. Does everything have to be tied to the parsha?

Fortunately, Bellm’s book is more subtle than that. Yes, there are occasions where his more effusive style and midrashic project cause some poems to be overdetermined, as when the poet’s aging and perhaps senile mother is compared to Lot’s Wife: “Not/as our Mom will notice, staring from the porch as if/she’s turned, and turned to salt.” Okay. But most of the time, the midrashic references are oblique enough to add resonance rather than merely weight.

One of my favorite poems in “Practice” is a kind of triple midrash, on the Exodus, paintings by Elizabeth Bishop and Bellm’s youth. That poem, “The Lamp,” is a kind of extended meditation on endpoints, journeys and the moments in between:

…why look to meet extremity
halfway? Let it pause, forgetting why it strayed from home;
halfway from its island to our shore, let it turn, and disappear.

Stylistically, “Practice” is all over the place, and I mean that as a compliment. Since the book is tethered to sacred text, the variations from free verse to prose poem, long line to short, literary language to spoken language, feel like multiple perspectives rather than chaos. The midrashim I enjoyed most were the ones I couldn’t immediately reference, like “Sacrifice,” a Kerouacian jazz riff ostensibly based on the first chapter of Leviticus:

a damn body drags down the soul, & you don’t care
for the low life, that money you need such a lot
of to fly, turn your most precious valuable
to smoke, great howling bull & ramshit of a fire

Elsewhere, Bellm reminds me more of John Ashbery, as in a pair of strong poems toward the book’s end, “Blessing/Curse,” the second of which begins:

The sweat of the brow, the pang of giving birth, the dust we return to, and the blessing’s undertow. Sky of copper and earth of iron, melancholy and mania, unending rain of dust and sand.

There’s a certain irony that Zucker’s married-with-children New Yorker seems trapped and alienated, while Bellm’s gay San Franciscan recites the *Shehechiyanu *with a drag queen. Who’s the insider here, and who the outsider? As Bellm says right before he makes the blessing, in “Brand New”:

we haven’t turned away
but returned by different paths, fairy, pantheist, Jew,
because even though we’re full of doubt>doubt dissatisfied us

I don’t wish to overgeneralize: There is a prophetic seriousness to many of Bellm’s poems, and a humor to many of Zucker’s. But the sense one gets from reading the two together is of two modes of beauty, one effusive and the other restrained, one celebratory and the other full of longing. Ultimately, which is more successful may be a matter of personal preference, or even of mood. In the end, I’m glad I read Zucker and Bellm together; each complemented the other like the sand plays off the sea.

Poets of the Desert and the Sea