Israeli Film: All Grown Up and Leaving Home 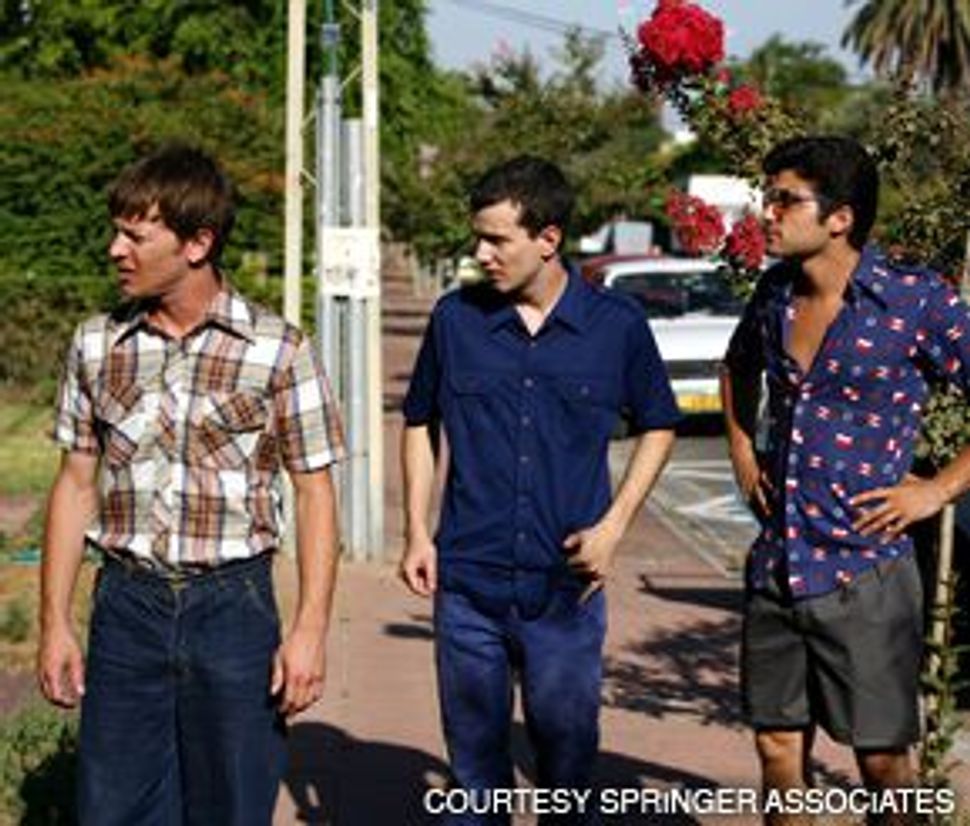 WATCHING THE GIRL NEXT DOOR: The 1980s version of this timeless pursuit as shown in ?Lost Islands.?

With Israel’s 60th anniversary as its theme, the 23rd annual Israel Film Festival is an opportunity to reflect on life in a country that is ever shadowed by its military and political contexts. Opening in New York on October 29, and running till November 13 at the Clearview Cinemas, the event presents more than 30 feature films and documentaries that show Israel beyond the ever-present Middle Eastern conflict. 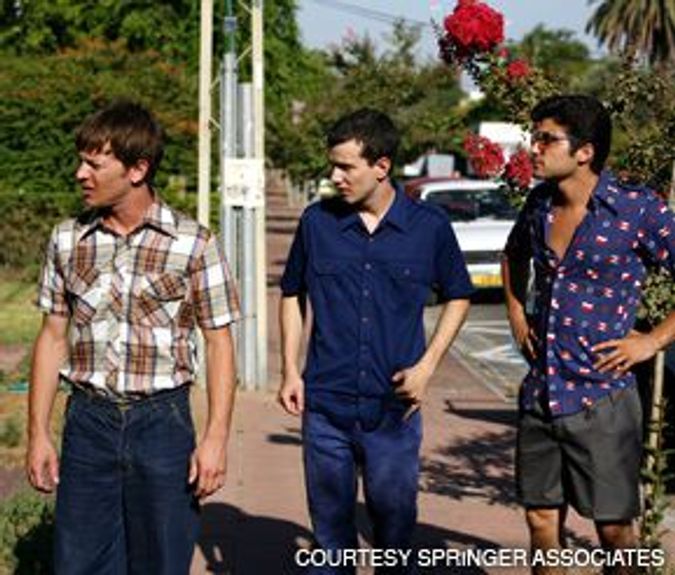 WATCHING THE GIRL NEXT DOOR: The 1980s version of this timeless pursuit as shown in ?Lost Islands.?

TEACHER KNOWS BEST: Top, Naomi struggles with friendship, Judaism and passion, below seminarians stroll through Safed, both from 'The Secrets.'

“What is it? What’s going on? The Israeli film industry has found family!” the festival’s founder and executive director, Meir Fenigstein, announced before the IFF opened. Fenigstein gave up drumsticks and vocals in the 1970s breakthrough Israeli rock band Kaveret to bang the drum for Israeli cinema. The festival has grown since its start, with six features, in 1981; it is now a celebrity-attended program that traveled to Los Angeles earlier in the year, and next month it will head south to Miami from New York. Award recipients this year include Danny DeVito and Edward Zwick, and among the numerous corporate sponsors are Time Warner Cable, El Al Airlines, the Israeli government and the New York Post (and, in full disclosure, the Forward).

Four of the 11 feature films showing in the festival explore father/son relationships, a significant trend in an industry that produces on average only 16 full-length pictures a year.  In “Eli and Ben,” the sweet, family-friendly entry by Ori Ravid, a 12-year-old boy struggles to prove his father’s innocence in the face of corruption charges. In an American premiere, Amos Kollek’s “Restless,” a runaway poet is tracked down by his soldier son after 20 years.

The American premiere of Reshef Levy’s semiautobiographical big-screen directorial debut, “Lost Islands,” is a highlight of the festival. With ticket sales topping 300,000 in Israel, the stylized but witty comedy-drama about a father’s paling dreams and his changing relationship with his five sons has so far trumped every American film this year.

“I think it’s a very Jewish, Israeli thing,” Levy said as he lounged against the concession stand at the Ziegfeld Theatre, where his film opened the festival. “It’s a small country. You can’t run away from family like you can in America.”

“It’s fun to do something that’s not about Israeli politics,” agreed Michael Moshonov, who was presented with a best actor award at the Israeli Film Academy Awards this year for his role in “Lost Islands.” In the film, Moshonov portrays a twin who is devoted to his family but hijacks his brother’s dream of serving as an elite commando in the Israel Defense Forces after losing out to him for the affections of the new girl in town. “There’s a reality in Israel, but I’m thinking you should not forget the other stuff, family. Like music, it’s international,” Moshonov said.

The 11 documentaries showing, selected from nearly 100 entries, explore similar themes. Ideals falter between generations, and relationships with family, art and nation are assessed, mourned and renewed. Barak Heymann’s “Dancing Alfonso” follows a Tel Aviv flamenco troupe in which the average age of a member is more than 75. Oded Lotan’s “The Quest for the Missing Piece” is a leg-crossingly uncomfortable quest for that particular piece that Jewish men are covenant-bound to be missing. “Ben-Gurion Remembers” by Simon Hesera is itself an artifact: Released the day after the outbreak of the Yom Kippur War, it was quickly eclipsed. Decades on, watching Ben-Gurion, Golda Meir and Moshe Dayan frozen in celluloid celebration of Israel’s 25th birthday, it’s impossible not to wonder where the country goes from here.

Deserved winner of the best documentary award at the Jerusalem International Film Festival this year, Ran Tal’s “Children of the Sun” offers personal insight into the kibbutz experiment. Told through home movies and reminiscences of fellow kibbutzniks, the documentary dissects the original settlers’ attempt to rear “The New Man,” a generation of children who would be “the pioneers of Zionism and socialism and peace among nations.” A garden full of baby cribs looks like a small-scale space invasion, while footage of the older kibbutzim waving flags and exercising in unison is reminiscent of a different era: of Brecht’s “Kuhle Wampe” or Riefenstahl’s “Olympia.”

“You can see there are a lot more titles added each year. Israeli cinema has really grown,” said Tali Cherizri, director of film and media at the Israeli consulate in New York.

In 2000, the Knesset passed the Cinema Law to fund domestic films, while the Ministry of Culture reorganized bureaucracy to make international co-production of feature films easier.

“There are so many stories in Israel,” Fenigstein said enthusiastically. “You just need the right filmmakers to tell them.”

Sarah Kessler recently earned a master’s degree from the Columbia University Graduate School of Journalism. Her work can be found in the Brooklyn Daily Eagle and online at themorningnews.org.

Israeli Film: All Grown Up and Leaving Home