Claude of the Jungle 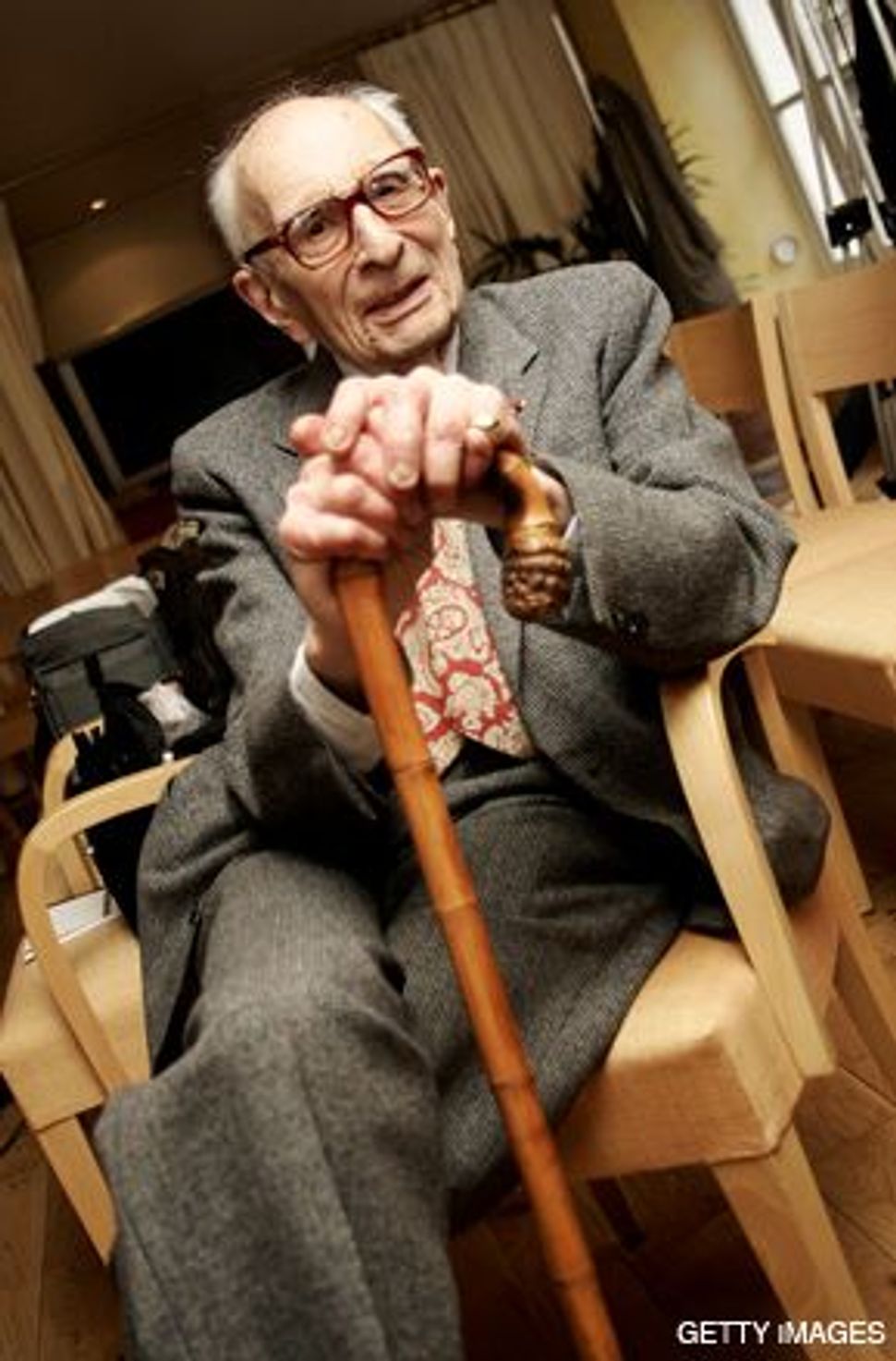 On November 28, the centenary of the legendary French anthropologist Claude Lévi-Strauss will be fêted in Paris. As a centenary celebration of a legend, however, it is rather unusual, as the birthday boy is very much alive and well. 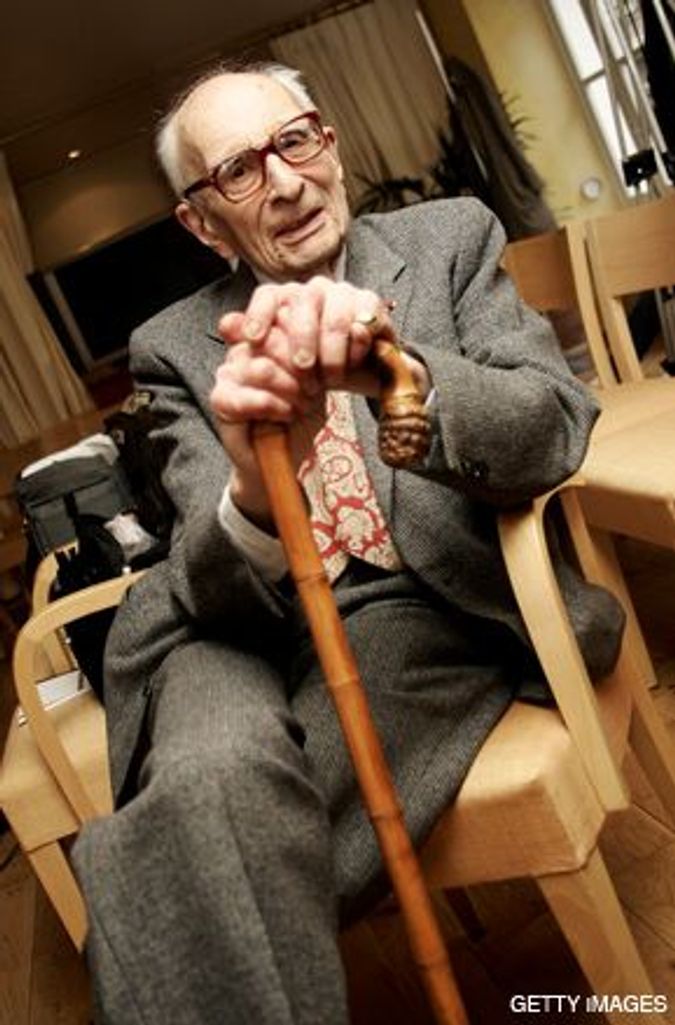 Born in 1908 to a French-Jewish family — his grandfather served as a rabbi in Versailles — Lévi-Strauss made his name with such key texts as “Tristes Tropiques” (“A World on the Wane”) in 1955 and* “La Pensée sauvage”* (“The Savage Mind”) in 1962. These, together with his magisterial works in structural anthropology, have been collected in a new volume containing 2,128 pages of his best-known writings, in the prestigious reissue series of Gallimard Bibliothèque de la Pléiade, an honor rarely bestowed on the living. Centenary honors also include the recent reissue by Gallimard on DVD of a 1984 television interview. Close-ups of the writer speaking give us the impression that we are watching a mind with the energy and verbal grace of Voltaire unexpectedly alive in our own time, even though his influences — “geology, Marxism and psychoanalysis,” which he called his “three mistresses” — are very contemporary.

I well recall my own interview with Lévi-Strauss almost 20 years ago, when after a couple of hours of emitting devastatingly perfect phrased thoughts (his use of the formal passé simple *tense can only be called voluptuous), he leaned over to me and said, “Mais monsieur, vous parlez très bien le français* (You speak French very well).” I felt as if I had been admitted to the French Academy, of which Lévi-Strauss has been one of the most ardent members since 1973. His sheer mastery of a vast number of subjects — a friend, writer Claudine Hermann, once said that Lévi-Strauss “gave me the impression of universal knowledge” — has left some readers with the image of a remote, aloof observer. Yet over the years, the supposedly cool and reticent Lévi-Strauss has granted increasingly telling glimpses into his personality and motivations.

Among these, unquestionably, are his Jewish roots, as he recently explained to the newsweekly Le Nouvel Observateur. “In grade school, I was called ‘dirty Jew,’” he said. He went on to recall fistfights provoked by antisemitic school bullies: “Suddenly finding oneself contested by a community to which one believed oneself to belong entirely may lead a young mind to take some distance in terms of social reality, insofar as he is forced to look at it simultaneously from within, where he believes himself to be, and from without, where he is placed.” This sense of dislocation as a French Jew, he implies, was a natural mindset for studying other cultures, and especially for reserving judgment on their qualities and right to exist. He survived World War II in exile, and part of that time was spent in New York, teaching at The New School. Faculty members there advised him to call himself “Claude L. Strauss,” lest Yankee students laugh too much at the coincidence between his name and that of the Bavarian-Jewish immigrant tailor who introduced denim blue jeans.

In 1952, a scant few years after he learned the full tragedy of the Nazi occupation of his homeland, Lévi-Strauss wrote a text that continues to resonate, “Race and History.” Sponsored by the United Nations Educational, Scientific and Cultural Organization, the book made the case that fighting the notion that some races are inferior to others also means combating the concept that some societies are culturally superior to others. Its adamant originality may have been influenced by a close wartime friendship with surrealist poet André Breton, whose “imaginative vivacity” he lauded in a moving tribute to another writer, Georges Dumézil, at the French Academy.

Culture has progressively gained in importance in Lévi-Strauss’s work. In one of his later works, “Regarder, Écouter, Lire” (Basic Books, 1993; the English title is mistranslated from the reflexive to an uncharacteristically imperative “Look, Listen, Read”), he states that works of art alone “bear evidence that, among humans, something actually occurred over the course of time.” “Regarder, Écouter, Lire” discusses such various creators as Ingres, Rameau, Proust and Diderot. While few, if any, modern anthropologists could be convincing in discussing such aesthetic material, Lévi-Strauss manages the feat with ease and a dollop of humor. The same charm also permeates his most famous work, “Tristes Tropiques,” an account of his 1930s anthropological expeditions into the wilds of Brazil, which starts with an ironic sentence: “I hate voyages and explorers” (“Je hais les voyages et les explorateurs”). “Tristes Tropiques,” supplemented by more recent volumes from Plon publishers, “Saudades do Brasil” and “Saudades do São Paulo”  *(“Longing for Brazil” and *“Longing for Sao Paulo,” 1994 and 1995 respectively, of which only the first has been translated from University of Washington Press), offers dozens of endearing photos of joyous naked Brazilian jungle inhabitants, seemingly unaware of the “triste” or sad news that their “tropiques” will soon be invaded and destroyed by the noxious march of so-called civilization. For decades, Lévi-Strauss has decried, in the strongest terms, the violation of nature and ravages of human overpopulation, and in 2005 he spoke on television of the present-day “world in which I am ending my life. It is not a world I love.”

Yet these photos, which have been the subject of numerous recent exhibits in France and abroad, show a less Ecclesiastes-like Lévi-Strauss, bursting with genuine humanism and affection for the people he studied; the people’s smiles are too radiant to be counterfeited. Compared with the chilly, clinical eye of his exact contemporary, Henri Cartier-Bresson (1908–2004), Lévi-Strauss reveals himself in his photos to be a delightful and humorous companion. I myself can testify to that: During our chat, he confessed that he cannot tolerate modern theater, since it gives him the feeling of “witnessing a domestic argument which has nothing to do with me.” To test his good mood, I asked him whether he might be the author of the graffiti that I had seen etched in his 16th-arrondissement apartment building’s elevator on the way up. It read “Mort aux cons” (“Death to idiots”). Lévi-Strauss grinned at my joke, but did not deny it.

Claude of the Jungle