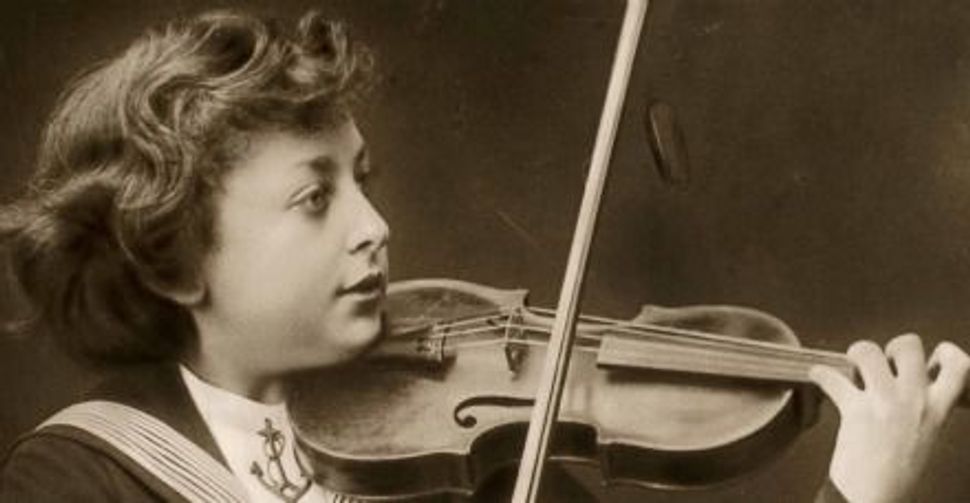 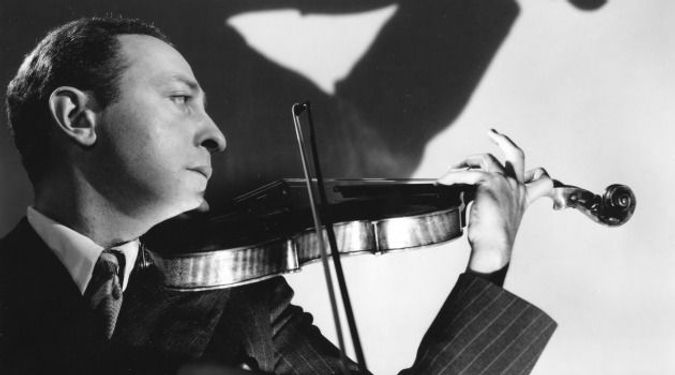 A Real Heifetz: A new documentary looks at the man behind the golden violin. Image by Library of Congress

In the new documentary “God’s Fiddler,” on the life of Jascha Heifetz, director Peter Rosen succeeds in creating the first film biography of the violin virtuoso. The film succeeds as a sort of classical parallel to the VH1 series “Behind the Music,” using Heifetz’s own home films and interviews with artistic colleagues to flesh out the picture of a man who played the violin like a god.

The documentary takes an unusual approach, opting not to subject its viewers to much footage of Heifetz’s concerts and performances. If you’re in the theater to see a film about Jascha Heifetz, Rosen figures, you already know that this Heifetz guy is pretty good with a violin. Instead, the film takes an insider’s look at the quirks of the man behind the player and at the formation of a maestro.

“God’s Fiddler” opens with an unintentionally amusing montage of sepia-tinted photographs: the world-renowned artist as a chubby boy in a series of unspeakably embarrassing lacy sailor suits. Yet there is no mention of him having been teased at school. Instead, Heifetz’s youth in Vilna befitted that of a golden child. On one occasion that the film recounts, when Heifetz was a baby, his father was alone with him. Little Jascha wouldn’t stop crying, but when his father, also a professional violinist, started playing violin, he brightened up.

His love of music was a premonition of things to come: At 5 years old, the younger Heifetz played in public for the first time, and on his ninth birthday, he left with his father to continue his music education in St. Petersburg. He was “a golden boy in a golden city,” the film’s narrator declares, studying with the best musicians in the world. Heifetz would later call these years the happiest of his life. 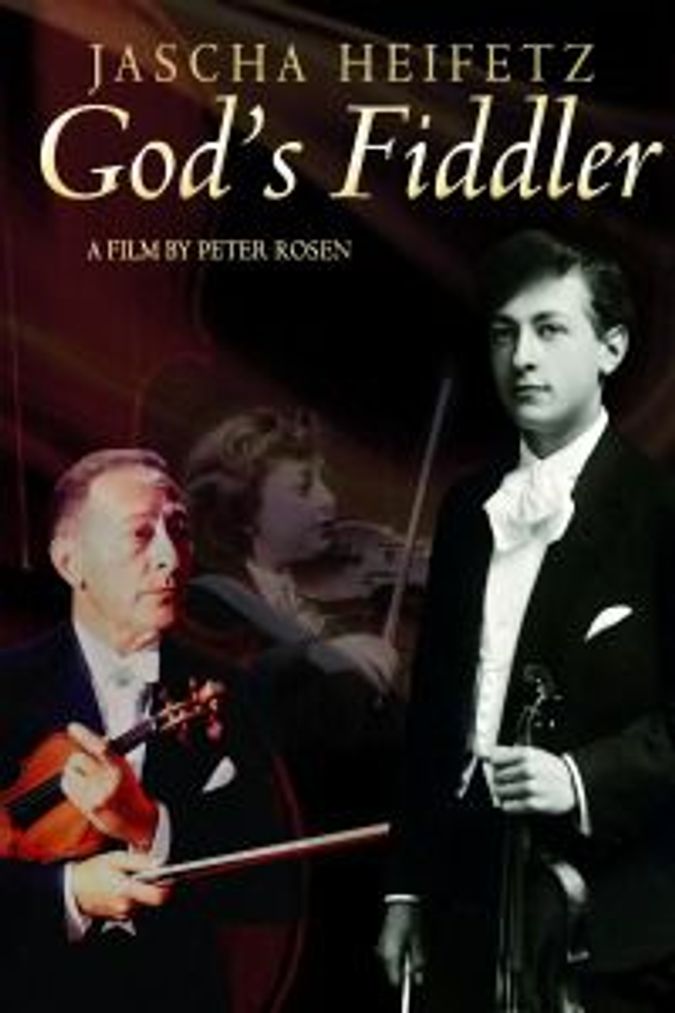 At almost 17, Heifetz played his American debut concert at Carnegie Hall and was greeted with jubilation by critics and the public alike. The “wonder boy from Russia” not only lived up to expectations, but exceeded them, too. In 1918 through 1919, Heifetz toured North America, giving concerts everywhere from the Deep South to Canada. The story is recounted through footage from Heifetz’s own camera: A home-film buff, Heifetz took movies of himself and his friends doing everything from cavorting in automobiles to waging snowball battles.

The insouciance of these home movies is what gives the documentary its intrigue. Heifetz, who was well known for performing with a straight, even stoic demeanor, reveals his playful side in his own footage. Fame preceded Heifetz wherever he went in America — so much so that he even played for Helen Keller, allowing her to appreciate his music by feeling the vibrations. But nothing could express as clearly as Heifetz’s own person just how much he, a young man, was enjoying and savoring his critical acclaim.

Heifetz’s early films revel in “the good life” made possible by his musical success. We see him cavorting on the lawn of his newly acquired house in Narragansset, R.I., with bevies of young beauties who are clearly enjoying his company. “Often when I was supposed to be practicing, I was out with my camera taking pictures,” Heifetz wrote, and that’s clear. The young Heifetz loved cars, and the film shows him tooling about country roads with more attractive women. This is the P. Diddy section of the “Behind the Music” parallel in which Heifetz is quoted as having said, “My one aim was to enjoy myself.”

But as anyone familiar with the VH1 series knows, dalliances in the party world may be glamorous, but can, and inevitably will, have detrimental effects on the work of an artist. Heifetz enjoyed the high life more than practicing his violin, filming faux melodramas involving his erstwhile cast stabbing each other with hairbrushes. In juxtaposition to his hard-working childhood, the film implies, Heifetz’s late adolescence and early adulthood were replete with juvenile antics, and he was “always the heart of the party.”

Heifetz became one of the first advocates of an electric car.

First, Heifetz fell out with his father, who had always insisted on being in the same room as the young violinist when he practiced. Heifetz told his father that he was no longer allowed in the room when he practiced — perhaps because the younger Heifetz was in fact practicing too little. But La Vida Loca caught up with him when, in 1921, a music critic from the New York Sun wrote a scathing review of a performance, saying that Heifetz was letting down himself and the public.

Until that point, a former Heifetz accompanist recounts, the violinist had been banking on his tremendous talent to see him through. “In my youth, I had never met with anything less than triumph,” Heifetz is quoted as having said. “Nothing had prepared me for a bad review.” Heifetz’s shock was such that he even contemplated suicide (again, a staple of “Behind the Music”).

But instead of killing himself literally, Heifetz opted to “kill” his playboy self by practicing as hard as he could. For the rest of his life, he was an extremely disciplined artist, practicing set hours each day — and everything worked out, as the golden boy’s talents and discipline fused to earn him the title of virtuoso all over the world. The film also shows other sides of Heifetz, such as when he moves to California and becomes one of the first advocates of an electric car designed to ameliorate environmental blight (really!). He also teaches students at the University of Southern California, and pushes them to push themselves. Yet he never ceases to remind the students to have fun at the same time, by throwing endless parties at his beautiful home for them and their dates, as though implicitly teaching them how to avoid the mistakes of his youth.

So all his hard work did not make him a dry slave to his music. His humor remained evident through the rest of his life — summoning his assistant by honking a bicycle horn, for example — but his music reigned and reigns triumphant. This is not a documentary looking to tear down a classical music idol. Instead, it takes his virtuosity as read and shows the man behind the music. The incongruity of Heifetz’s quirkiness in contrast to the comparatively staid nature of his art is what makes this film so endearing. In showing Heifetz’s personal vulnerabilities as a man, as well as his incomparable abilities as a musician, “God’s Fiddler” is worth a watch — and a listen.