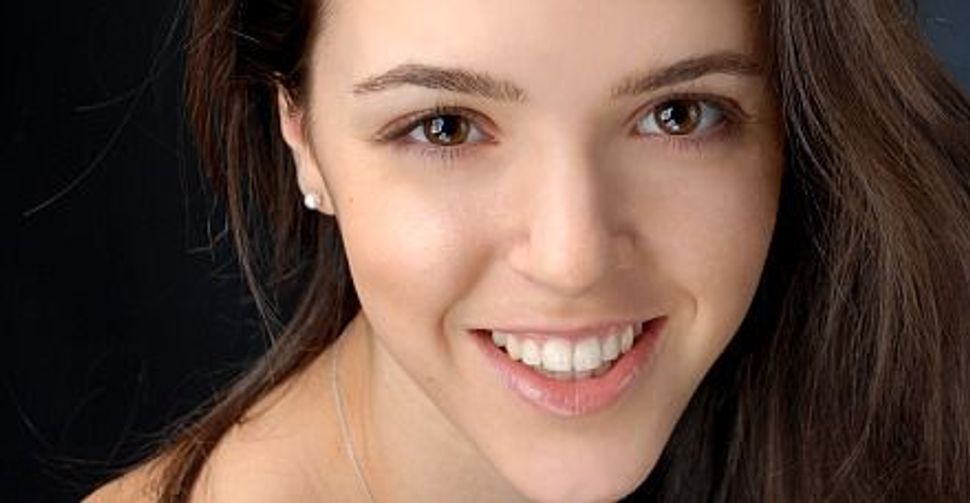 Image by courtesy of erin schrode 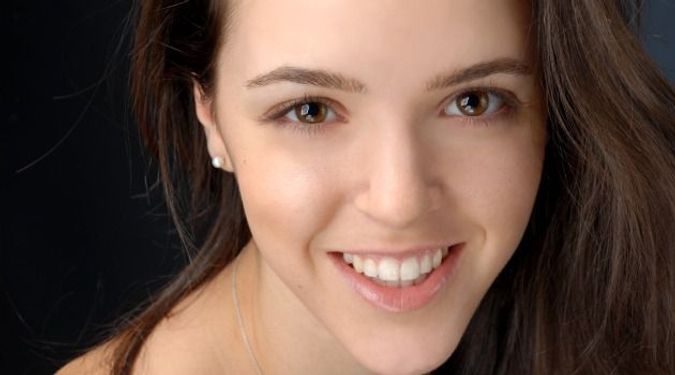 Image by courtesy of erin schrode

In September, the Forward asked readers to nominate Jews, age 21 and younger, who are working to make a difference locally or globally. The responses both surprised and inspired us; we found a boundless breadth of activism among this mature-beyond-their-years cohort. Although these young people are operating with limited resources, their global consciousness — not just hyper-local giving — emerged as a dominant thread.

The devastation in Haiti, for example, spurred several finalists to help, motivating them to launch their own nonprofits. Ongoing hardship in Africa sparked action from three finalists who are working to effect long-term change in impoverished communities. Some of our young game-changers found inspiration closer to home, working to make life better stateside for those less fortunate. At a time when a 17-year-old with an iPad can reach millions of people instantaneously, it’s heartening to see this generation embrace age-old Jewish principles of tikkun olam in such exciting new ways. We can hardly wait to catch up with them when they reach the ripe old age of 30. 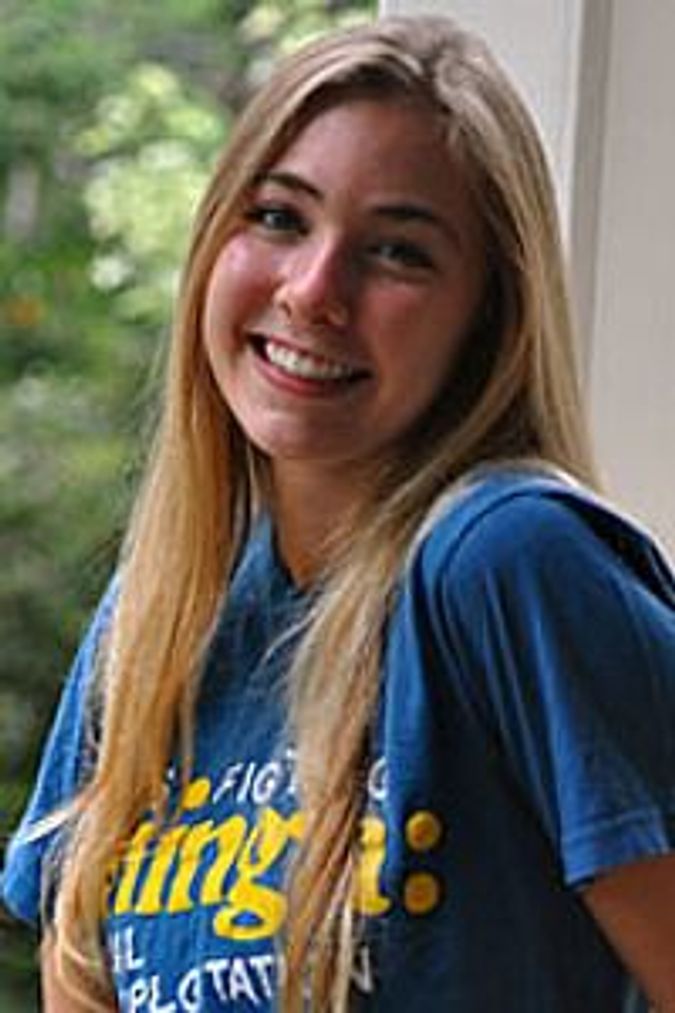 “When we were 14 and high-school freshmen, my friends and I learned that the average age of entry into prostitution in the United States was estimated to be just 13,” said Rebecca Kantar, a Harvard University sophomore. “The fact that any teenagers were trapped in the sex industry sickened me.” After raising more than $35,000 for an organization helping exploited teens in the Phillipines through “small community events” like yard sales, the Newton, Mass., native and her crew decided to form their own advocacy group. Dubbed Minga — which means “the coming together of a community to work for the betterment of all” in an indigenous South American language — the nonprofit dedicated itself “to combating the child sex trade in the United States,” Kantar said. “We began speaking at local schools and encouraging students to hold awareness-raising events in their communities.” From those beginnings in 2007, Minga has grown into “the only nonprofit organization dedicated to combating the child sex trade by harnessing the power of teens,” she noted. Since its inception, Minga has raised $110,000 “to educate and empower 10,000 youth.” Next for Minga: a 2012 campaign aimed at enlisting the travel industry in the fight against commercial sexual exploitation of children. 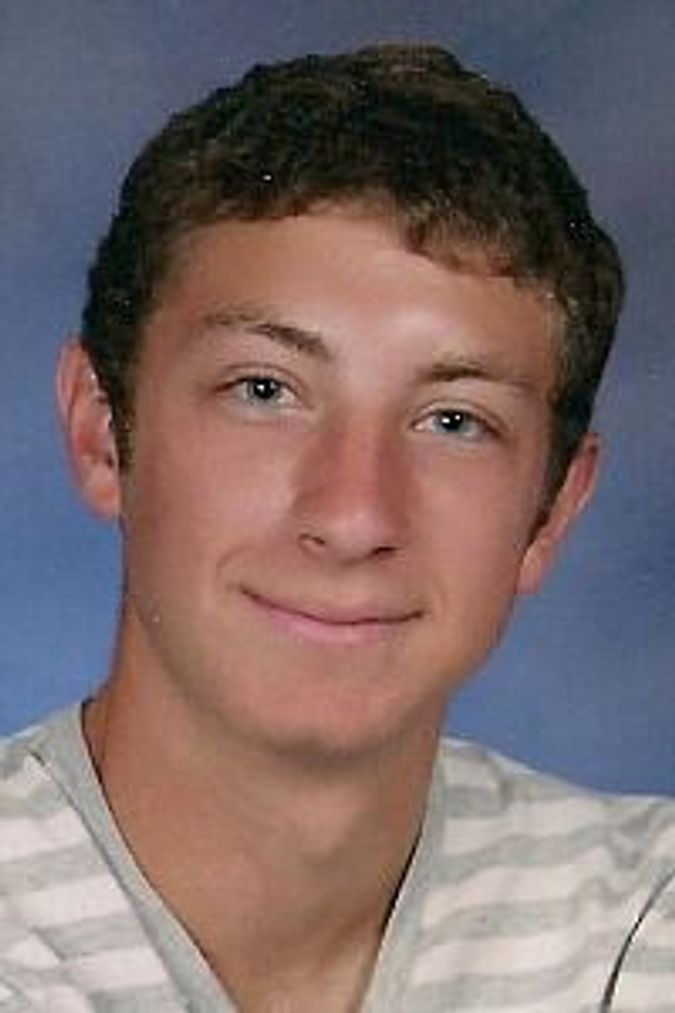 It turns out the television show “Survivor” has inspired more than just endurance stunts. When Danny Magerman was in 10th grade, he heard Ethan Zohn — the first Jewish winner of the reality show’s $1 million grand prize — speak about Grassroots Soccer, an organization Zohn created to help fight HIV/AIDS in Africa. “I was blown away by the opportunity to combine my passion for soccer with community service,” Magerman, who is from Elkins Park, Pa., said. Grassroots Soccer, he explained, “raises money from various sources, including barefoot soccer tournaments conducted around the world, known as Lose the Shoes.” In 2008, Magerman launched his own local Lose the Shoes tournament. In just three years, his program has grown to 28 teams, with more than $6,000 raised for Grassroots Soccer programs in Africa. Magerman is now volunteering in Israel through the Kivunim New Directions Gap Year program, which aims to instill “world consciousness.” He’ll attend Penn State University in 2012. 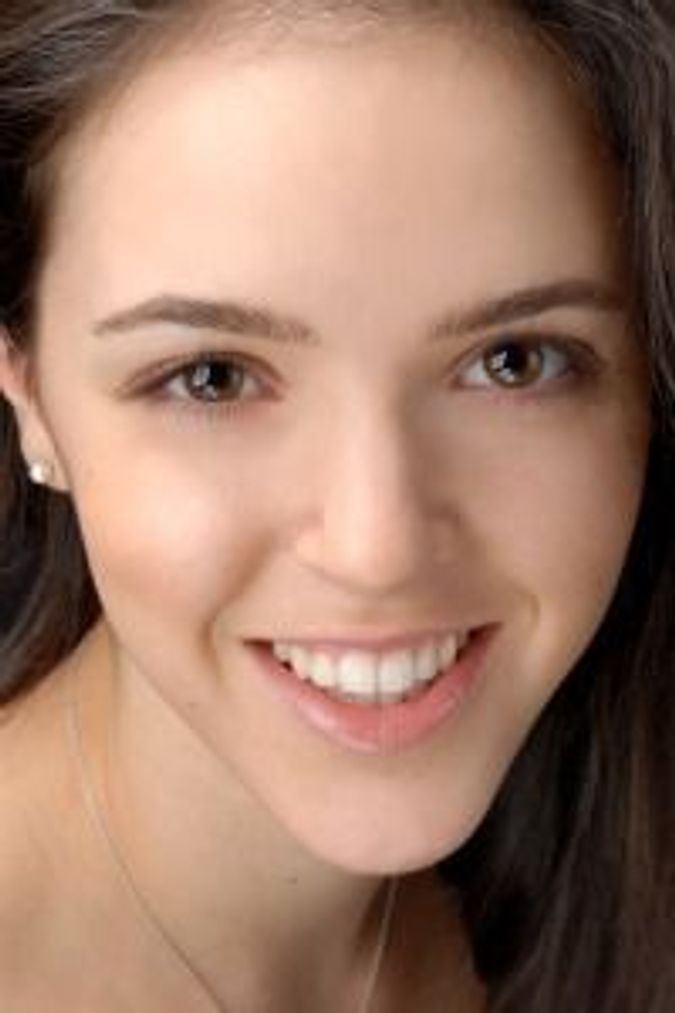 A third-year Dean’s Scholar at New York University, Erin Schrode has been kind of busy with extracurriculars. She is co-founder of the acclaimed nonprofit Teens Turning Green, which promotes global sustainability and youth leadership; launched The Schoolbag, which has provided sustainable and ethically produced school supplies to nearly 15,000 Haitian students in need; and writes regular columns for such webzines as elephantjournal, ecofabulous and Eco Age. Dubbed “the face of the new green generation” by hip San Francisco site 7×7, the Ross, Calif., native says: “Active citizenry is everything to me. What — I’m supposed to see irresponsible, unsafe, unjust or unsustainable happenings and say nothing?” Next up for Schrode: expanding the “Project Green Challenge” — a monthlong Teens Turning Green “eco-lifestyle challenge” — around the world, and exporting The Schoolbag to South Africa, India and Malaysia. 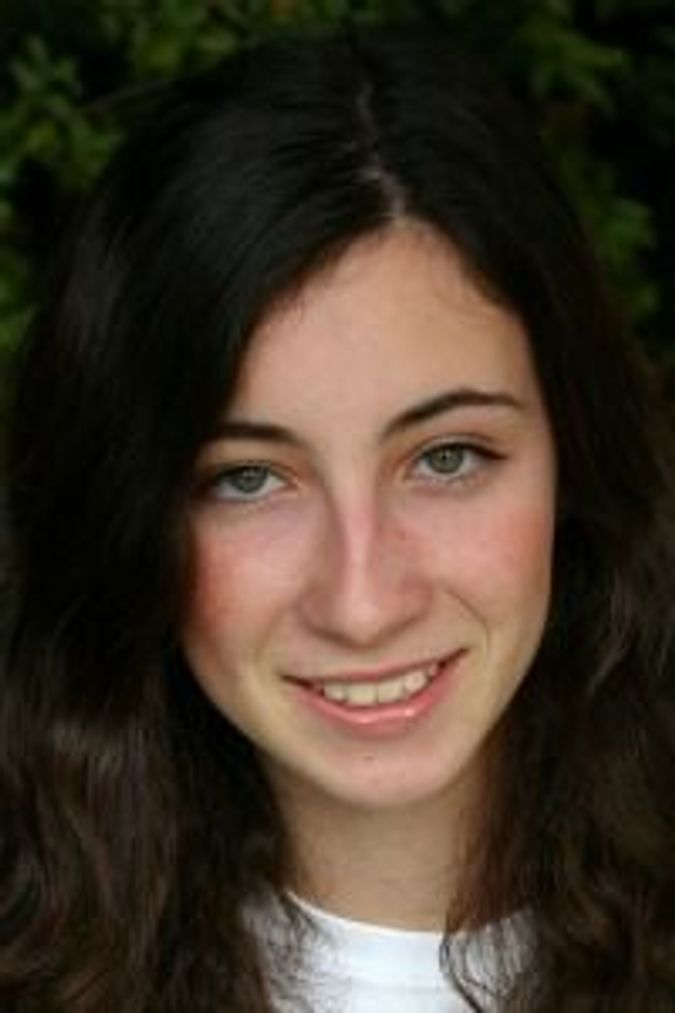 Tatiana Grossman had always been a voracious reader. “So when I found out that as many as three out of four children in some African nations don’t know how to read because they don’t have anything to read, I wanted to help,” she said. After leading a hugely successful book drive in her hometown of Palo Alto, Calif., to benefit two African villages, Grossman founded Spread the Words in 2008. The organization provides digital resources, textbooks and expertise to help children in poor African communities create and support school libraries. In just three years, she has helped establish libraries serving 115 villages, shipped more than 23,000 books and even influenced literacy policy across the continent. Grossman, a 2011 World of Children Award laureate, is now working to enable digital delivery in places without reliable electricity or computers. “I am developing a small, solar-powered, battery-operated projector pre-loaded with videos, literacy textbooks and readers that will help teachers instill in their students a love for reading,” she said. 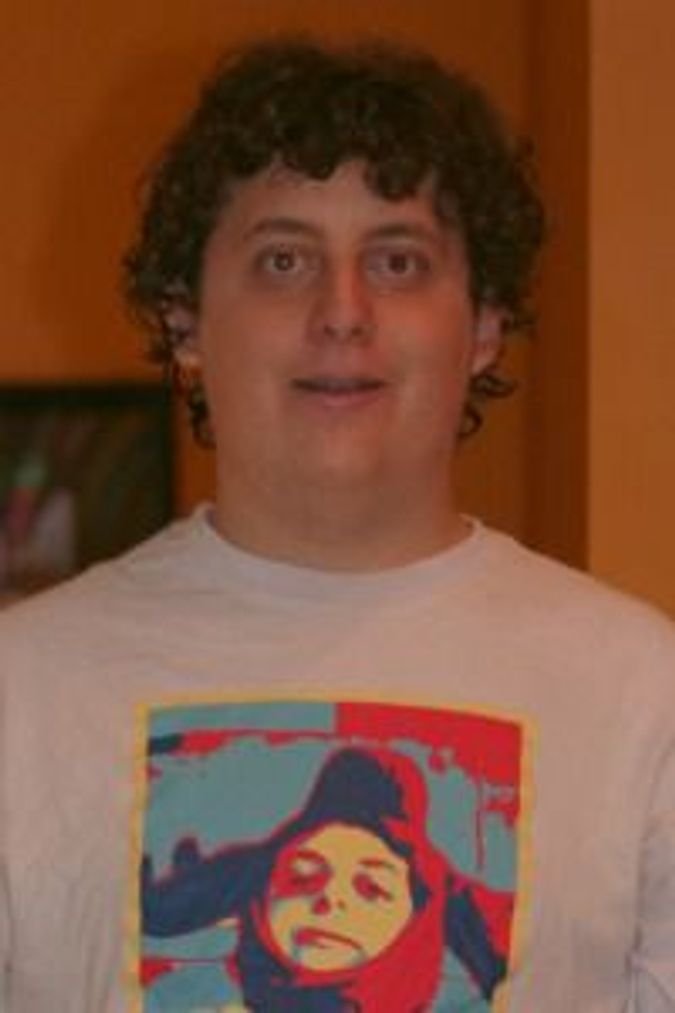 Adam Redleaf was a 14-year-old volunteer for the Friendship Circle, a Chabad program supporting families with special needs, when he met Jonathan Weinberger, a child with Asperger syndrome. In 2010, Jonathan was diagnosed with lymphoma. After he died of complications from chemotherapy last November, Redleaf started the Kennedy AZA Jonathan Weinberger Memorial Fund, named for his friend and the local young men’s chapter of B’nai B’rith. “I started the fund to donate money to research less toxic chemotherapies,” Redleaf said. The chapter has raised more than $1,100 this year from one bowl-a-thon alone; those funds will benefit the Technion Nanotechnology Cancer Research Center in Israel. “Jonathan taught me many life lessons,” Redleaf wrote in a school essay after his friend passed away. “After getting to know him, I felt like he was the most ‘normal’ person I knew.” Now a senior at Horizon High School in Scottsdale, Ariz., Redleaf is applying to college. He plans to study engineering. 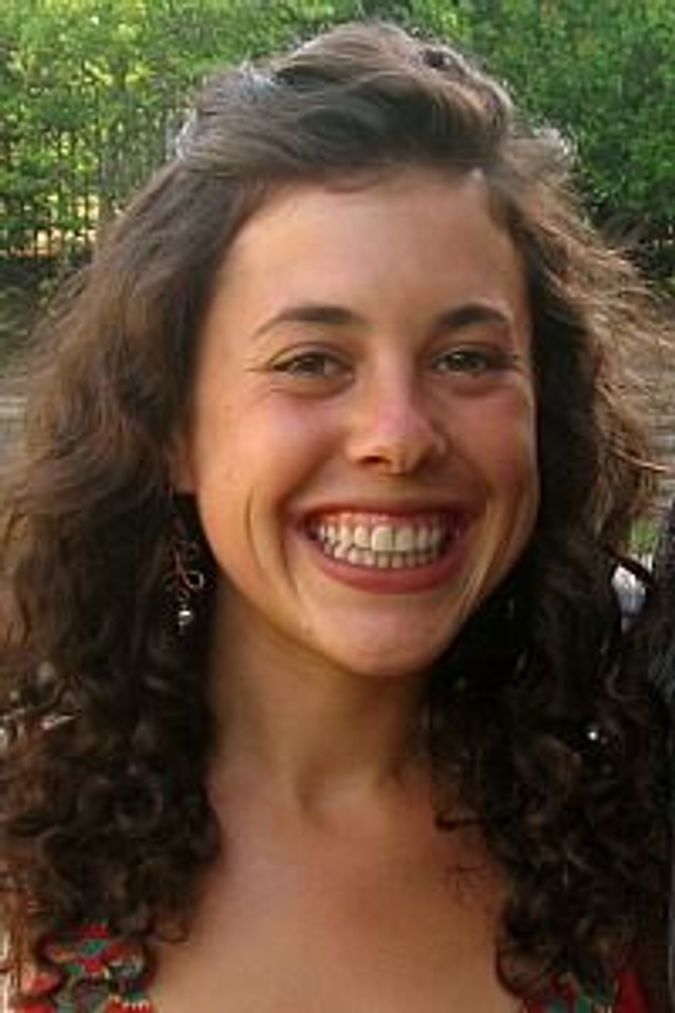 Alyssa Breetwor’s work with at-risk youth is a worthy exercise. At 19, she started Pathways, a fitness program for 15 “misguided” and recently incarcerated teenagers in Walla Walla, Wash., where she attends Whitman College. “The kids were stuck in a portable classroom all day,” she said. “They were unmotivated.” Exercise “would help them build social and academic skills… [and] develop habits that would enable them to be successful in future educational placements.” By raising the kids’ self-esteem through Pathways, Breetwor also changed how they see their own potential — and how their communities perceive them.

To start the program, she had to convince Whitman to let her use its facilities; the results with the teens were gratifying. “It was the first time that I have ever seen them excited about something,” Breetwor said. Another teacher now runs the successful program, which Breetwor said students can follow through high school. After her own graduation, Breetwor plans to pursue an MBA in sports business. 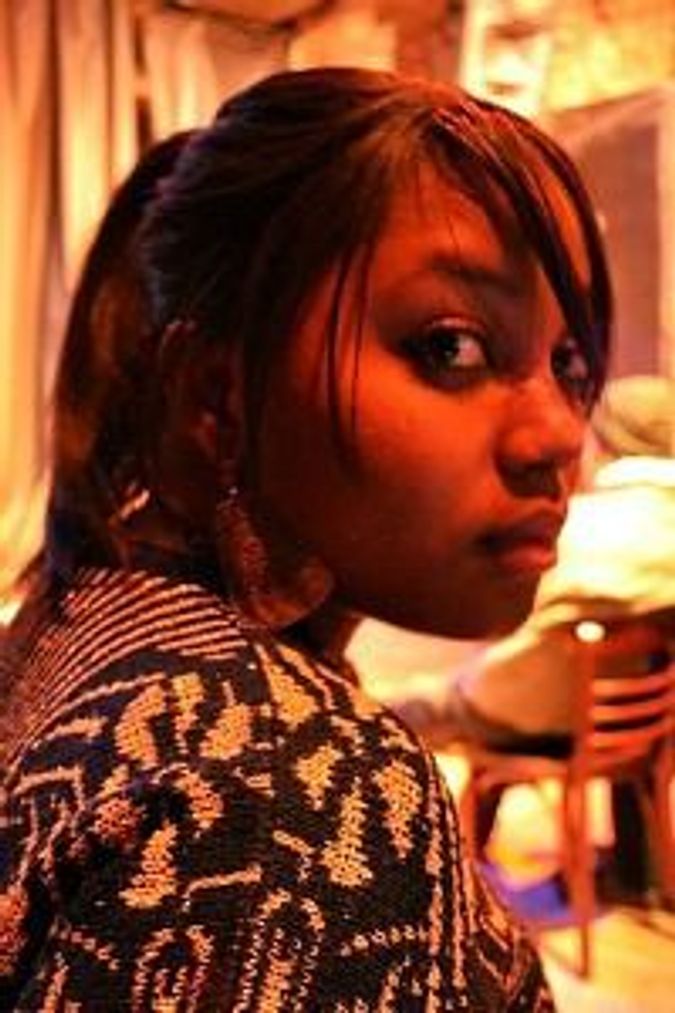 Even on YouTube, where you can watch her work, it’s impossible to turn away when spoken-word artist Kamone Felix starts declaiming. “I write and perform poems about anything I can’t keep quiet about,” said Felix, a student at City University of New York’s Hostos Community College. Felix runs high-school and college workshops around New York City teaching “self-esteem and social justice, while using poetry to promote dialogue and inspire personal narratives.” The native New Yorker’s compositions — whether confronting violence against women or life as a Jew of color — combine raw power with razor-sharp language and a walloping delivery. BlackStarNews called Felix a “fire-cracking slam poet… whose own black/Jewish upbringing offered inspiration for a powerful piece depicting how the blending of the two worlds is not as big an anomaly as one might imagine.” A book of her poems is due out in 2012. 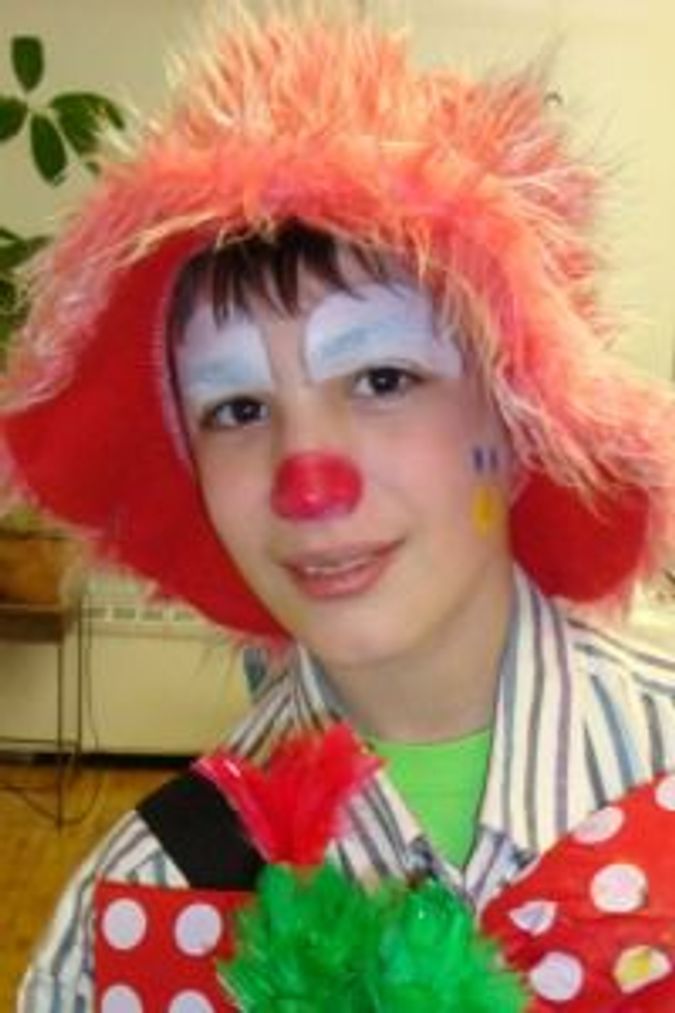 Ari Hiller is the class clown — and proud of it. As a veteran mitzvah clown, the Teaneck, N.J., teen is part of a squadron of bewigged and costumed performers who spread cheer in hospitals, assisted-living facilities and special-needs schools in New York and New Jersey. By using magic and humor, Hiller says he is using “what makes me happy to make other people happy. The people I meet are so lonely and then I come in and talk to them or tell them jokes and do a magic trick for them and they start to talk to me and they laugh and smile. When I leave their rooms sometimes their family members tell me it’s the most they’ve spoken since they got there.” Out of costume, he continues to do good works. This year, Hiller coordinated food and magazine drives at his school to benefit local hospitals and shelters. What’s next for the recent bar mitzvah? “I’m going to keep being a mitzvah clown and look for other ways to be of help in my community,” Hiller said. 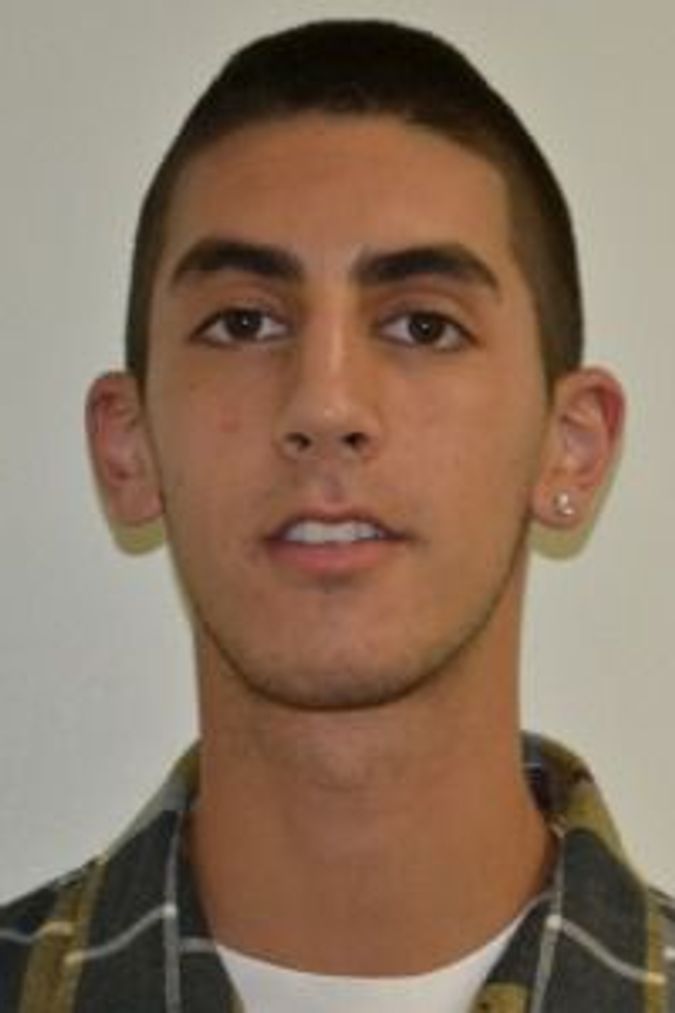 From his sofa in Palo Alto, Calif., Nittai Malchin watched the devastation from Haiti’s 2010 earthquake. “I felt that it was my duty, as someone with the resources, to make an effort to help,” he said. His brainstorm: One Love Advocates, which aims to improve access to education in communities struggling with destructive or endemic problems through harnessing social media and tapping open-source educational software. One of its initiatives, the One Love Advocates Computer program, equips teachers with laptops to share with students. The program has grown from one teacher and a single computer “to four teachers and over 50 laptops that cycle throughout the tent schools in Port-au-Prince,” Malchin said. More than 5,000 schools were destroyed in the earthquake, he said. To date, One Love Advocates has raised more than $18,000. Now a freshman studying business at the University of Southern California, Malchin most recently has rallied support around reconstruction efforts in Japan. 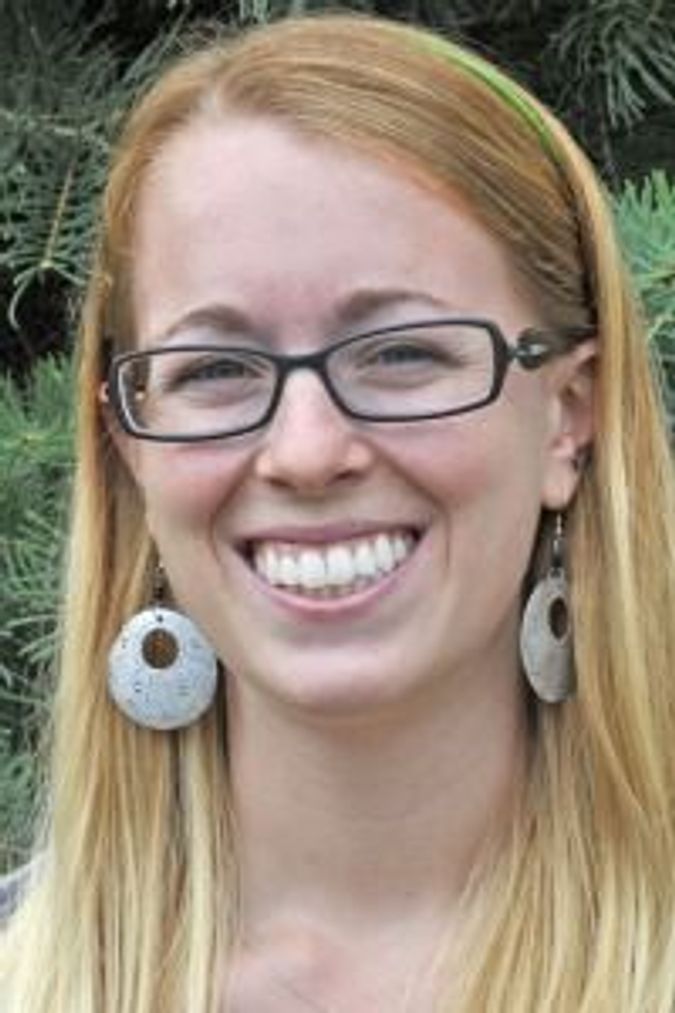 Researcher on Money-Lending Practices in Africa

To find better ways to get loans where they’re most urgently needed, Mountain View, Calif., native Rachel Levenson has dedicated the past two years to studying money-lending practices in rural African communities. “When I was part of the Jewish Community Teen Foundations, I was really drawn to… this question of, with limited resources, how do you maximize your effectiveness?” the Wesleyan University senior said. Her research became part of a larger project led by schools — including Yale and Harvard universities — gathering data on informal money-lending across developing countries. “By understanding this other piece of the puzzle, organizations can make their financial services more effective,” she said. Next for Levenson: “I’m applying to jobs in sub-Saharan Africa that will allow me to continue… approaching development work with a critical eye, so hopefully the money that is donated is reaching and actually helping the people it’s intended for.”