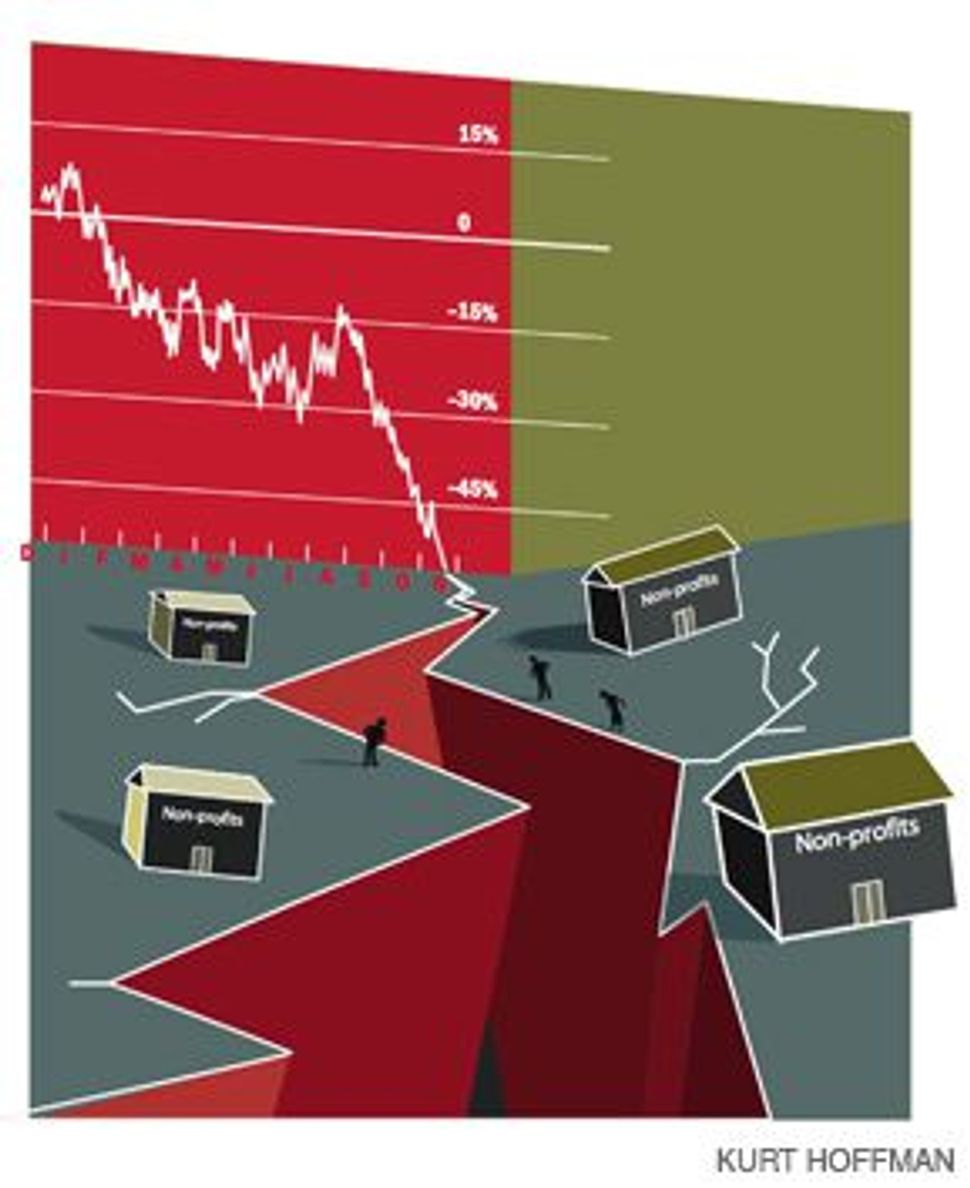 Every morning for the past month, Jennifer Laszlo Mizrahi has arisen at 5 to check the Asian markets. Every day, she scrutinizes the fluctuations in the financial world and reads up on the latest business news, trying to gauge which way stocks are heading and what the fallout will be. 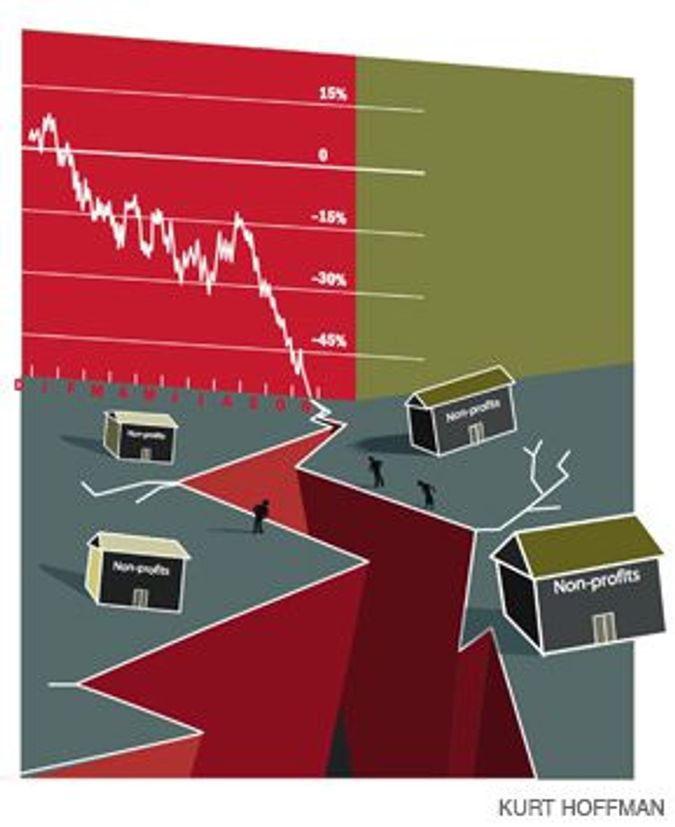 Mizrahi does this not because she is a stock analyst, but because, as president of The Israel Project, a not-for-profit organization dedicated to Israel advocacy, her agenda is, to a large extent, at the mercy of the markets. Every shiver in the economy could potentially ripple through her own budget, depending on how it affects her donors. She has already seen some of her best donors practically wiped out.

“It’s painful,” she told the Forward. “Every day is like putting razor blades in my eyes.”

Across the Jewish not-for-profit world, organizations like The Israel Project have watched the turbulence on Wall Street, and the ever gloomier economic news around the globe, with trepidation. Even now, many in the philanthropic world say the signs are ominous but unclear. But a growing pessimism is palpable among Jewish not-for-profits, as donors see their portfolios dwindle and organizations brace for cuts they feel they cannot make.

Richard Marker, a consultant to donors and foundations both in and out of the Jewish world, said that he was seeing signs that this downturn was “aberrational” from previous economic slowdowns he had observed. Donors, he said, have worried openly about choosing between planning bequests and having enough money to leave to their children. Others are talking about friends who are now in dire financial straits.

One of the sectors that has been hardest hit is the world of small, relatively young not-for-profits like Mizrahi’s, which tend not to have reserve funds or long-standing donors who have gotten in the habit of giving. Mizrahi said that she had stopped taking a salary and that the organization had canceled a number of consultant contracts.

Nigel Savage, executive director of the Jewish environmental organization Hazon, said that his group was seeing declining numbers for many of its more expensive activities, such as its annual bike ride and an event in Israel, even as numbers continued to climb for less expensive activities, like a food conference. The decline in revenues combined with a drop in donations has left Savage scrambling to close a 7% deficit with only weeks left in the fiscal year, and facing deeper cuts next year.

But other organizations have held strong — sometimes surprisingly so. On September 25, just days after the collapse of Lehman Brothers, the UJA-Federation of New York, which depends heavily on Wall Street for its fundraising, raised $43 million at its major gifts event, topping last year’s total by $2 million. At the Jewish National Fund, CEO Russell Robinson said that donations were both larger and coming in faster than those of the previous year.

Some organizations have even seen signs of hope in unexpected places.

“At the same time that nonprofits are scared to death about the effect of the economy on their ability to raise money, Barack Obama has been raising unprecedented amounts of small-dollar money,” said Steve Rabinowitz, a media consultant for Jewish groups who also works in Democratic politics. “As difficult as times are, as nervous as people are about their wealth and worth and ability to give, if the cause is important enough, they’re willing to give.”

Although he was encouraged by this year’s numbers, Robinson said that he, too, saw signs of the economic slowdown — for example, staffers reported having more trouble getting corporations to make donations to honorary dinners. As a result, he said, JNF has been looking for ways to reduce costs, such as having meetings over coffee and doughnuts rather than a full lunch. Robinson has also been cautious about committing to new programs in Israel, figuring that it will be hard enough to see existing projects through to completion.

Savage worried that declining donations could end up disproportionately hitting small groups such as his instead of older, larger Jewish organizations that have loyal donors and extensive reserve funds. Indeed, experts say that the downturn could be brutal on these smaller groups.

“I think you’ll see some small nonprofits fold, or at least go into a holding pattern,” said Gary Tobin, president of the Institute for Jewish and Community Research. “Given the tens of thousands of Jewish organizations, if a few don’t make it out, it’s not going to be a tragedy.”

But Savage worried that losing too many smaller groups could be costly for the Jewish community.

“I think it’s vital for significant foundations and funders to provide support and make sure organizations are able to move through this crisis,” Savage said. “Scaling down, I think, is legitimate and proper. But if it becomes more than that, if we lose half a generation’s worth of innovation in the Jewish community, that would be really tragic.”