Theories of Evil Turn to Holocaust 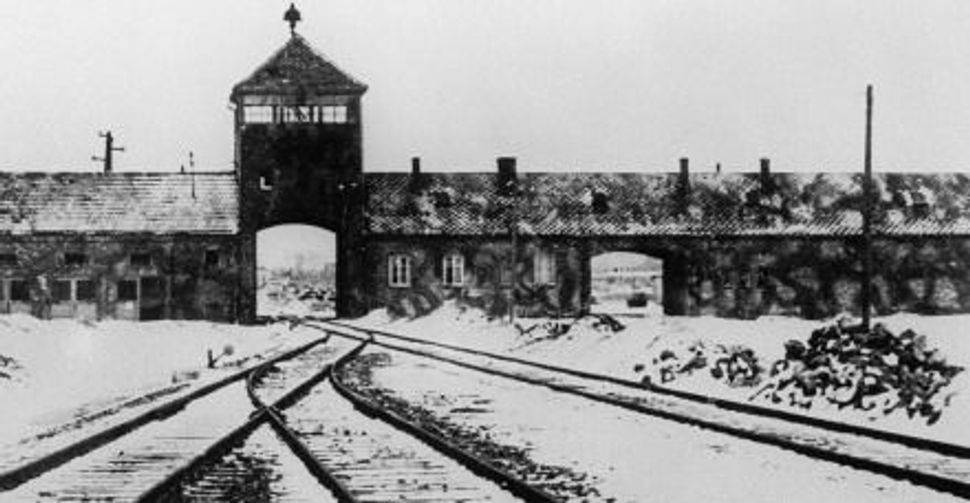 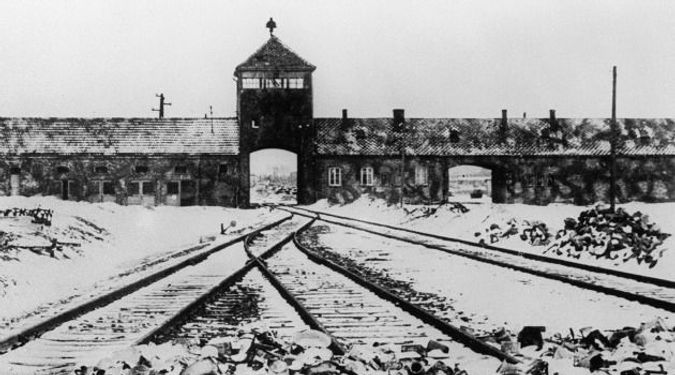 What Is Evil? Is the evil of the Holocaust incomprehensible? Studies have discounted this theory. Image by getty images

Simon Baron-Cohen is a figure of great distinction, a professor of developmental psychopathology at the University of Cambridge and a world-renowned authority on autism. He is the recipient of prizes and awards too numerous to list. His latest book, “The Science of Evil: On Empathy and the Origins of Cruelty” (Basic Books) has received widespread acclaim. It has been called brilliant and ground-breaking, a “book that gets to the heart of man’s inhumanity to man.”

One academic colleague praises Baron-Cohen for backing up his claim that evil can be traced to “a distinct psychological state — a lack of empathy” by using “a wealth of research — from developmental psychology, psychiatry, neuroscience and genetics.” And yet conspicuously absent from this list of fields of inquiry is history.

It is understandable that Baron-Cohen would use the Holocaust to frame his investigation, since it represents the most obvious example of cruelty and evil in our time. But his work contains so many errors and misstatements about that event that they cast a shadow of doubt over the reliability of his other conclusions. He begins his account with the following paragraph:

When I was seven years old, my father told me the Nazis had turned Jews into lampshades. Just one of those comments that you hear once, and the thought never goes away. To a child’s mind (and even to an adult’s) these two types of things just don’t belong together. He also told me the Nazis turned Jews into bars of soap. It sounds so unbelievable, yet it is actually true.

In fact, neither charge is true. When I visited Buchenwald — the origin of the rumor that human skin had been used to make lampshades — the director of the museum told me that every candidate for such notorious usage that they had investigated turned out to be made from animal skin. And although there is some disputed evidence that there were small-scale experiments for the manufacture of “human soap” at the Stutthof concentration camp near Danzig, there is none at all that the Germans ever engaged in industrial-level conversion of human fat into bars of soap. Yet the myths survive, and by perpetuating them, Baron-Cohen serves neither truth nor memory, nor the knowledge of future generations. 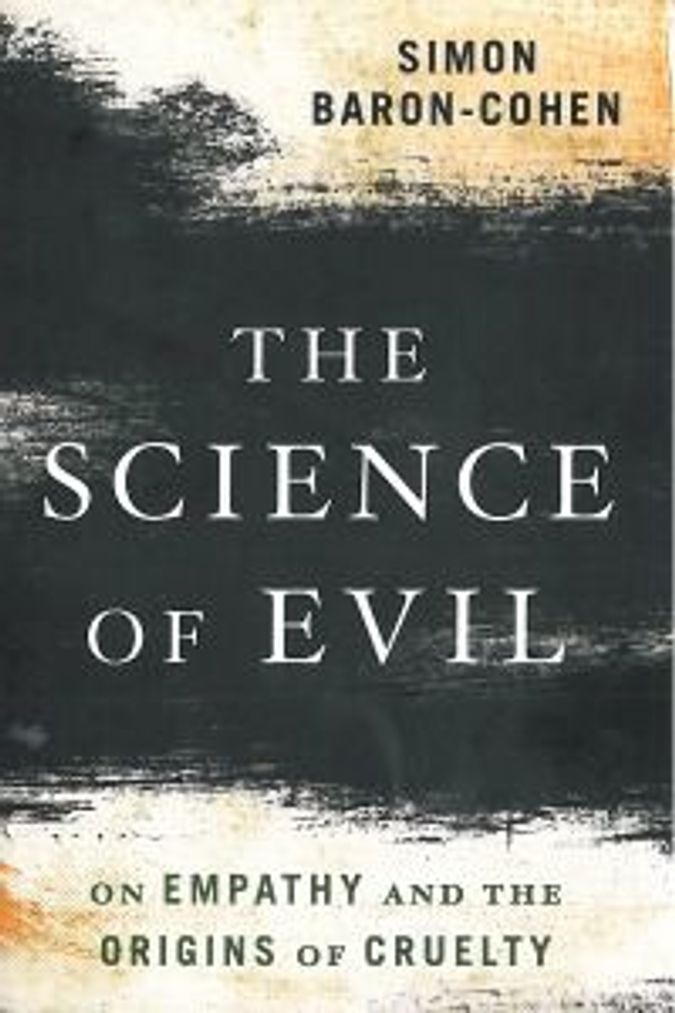 He compounds his mistakes by calling Christopher Browning, the eminent American Holocaust historian, a “psychologist.” Although Baron-Cohen cites the title of Browning’s seminal work, “Ordinary Men,” it is inconceivable that anyone who had actually read the book could have mistaken its author for a psychologist. Citing the argument of an unread book does not inspire a reader’s confidence in the author’s arguments.

Baron-Cohen also repeats the decades-old cliché that in standard explanations of the Holocaust, evil “is treated as incomprehensible, a topic that cannot be dealt with because the scale of the horror is so great that nothing can convey its enormity.” But dozens of volumes exist to contradict this claim, the most recent of which include Timothy Snyder’s “Bloodlands” and Daniel Blatman’s “The Death Marches.” At their core, these works convey in searing, explicit detail the “enormity” of the horrors committed by the Germans against Jews and their other victims up until the closing days of World War II.

Baron-Cohen repeats Hannah Arendt’s stereotypical view of Eichmann and his fellow bureaucrats as individuals who “followed orders mechanically and unquestioningly” as if they bore no responsibility for the crimes they had initiated. Resulting from this, Baron-Cohen states: “Many of them could not be charged with war crimes later because they had just been doing their jobs, just following orders,” even though the tribunal at Nuremberg explicitly excluded “following orders” as an acceptable defense for those accused of war crimes.

But the most outrageous blunder appears in his inventory of the chain of events leading to mass murder, beginning with a hypothetical “Person A” who “simply had the list of Jews in my municipality,” and ending with “Person Z,” who says, “My job was simply to turn on the showers out of which the poison gas was emitted.” Baron-Cohen’s appalling ignorance of the actual killing process can be traced to a notorious scene in “Schindler’s List” in which a group of naked women placed in a dark enclosed room at Auschwitz shriek with relief when water instead of gas emerges from the showerheads above them. But as we know, there was no plumbing in the gas chambers at Birkenau, and the fatal Zyklon B crystals were inserted into the death chambers through openings in the roofs or sidewalls of the structures. For an author specializing in empathy to misrepresent the well-researched details of mass murder suggests how easily enthusiasm for scientific theory can override one’s devotion to historical facts.

There are other careless errors in reference to the Holocaust, but lack of space prevents me from examining them all in detail. The worst occurs in Baron-Cohen’s version of a hanging, which he takes from a survivor memoir. He places it in Auschwitz even though, as the author makes clear, it actually happened in a factory near the former Kielce ghetto — 100 miles and a world away from the extermination camp. His totally unreliable account of this episode makes one wonder how carefully he read the text on which it is based.

But this is only half the scandal. Presumably, Baron-Cohen’s American and British publishers, Basic Books and Penguin Books UK, have editors, copy editors and fact checkers. He also has agents, professional colleagues, friends and family members who had read all or part of the text. He thanks one of his editors for her “insightful, careful feedback as the book took shape.” Is it possible that not one of these individuals knows (or cares) whether lampshades were made from human skin at Buchenwald, or soap from the fat of Jewish corpses? Or that none — not even a single reviewer — was aware of how inmates were gassed at Auschwitz? What are we to make of this mess of misinformation that passed scrutiny undetected?

Baron-Cohen ascribes the cruelty of the Holocaust to a lack of empathy rooted in brain malfunction rather than to the excessive zeal of the murderers. Has a superficial familiarity with some popular ideas of the Holocaust replaced an empathetic editorial vigilance about its details that might have caught the errors in his text? Although we continue to hear complaints that modern consciousness is unduly concerned with the Holocaust, the reverse appears to be true. The failure of publishers, readers and reviewers to expose or deplore the inaccuracies in “The Science of Evil” only further confirms this unfortunate fact.

Theories of Evil Turn to Holocaust